‘Do You Think Any of Them Really Care if My Dick is on The Internet?’: An Interview with David Pevsner

The author of Damn Shame on finding the universal, empathy and the X-Files.

Andrea Werhun is a writer and performer in Toronto. She is the author, model... 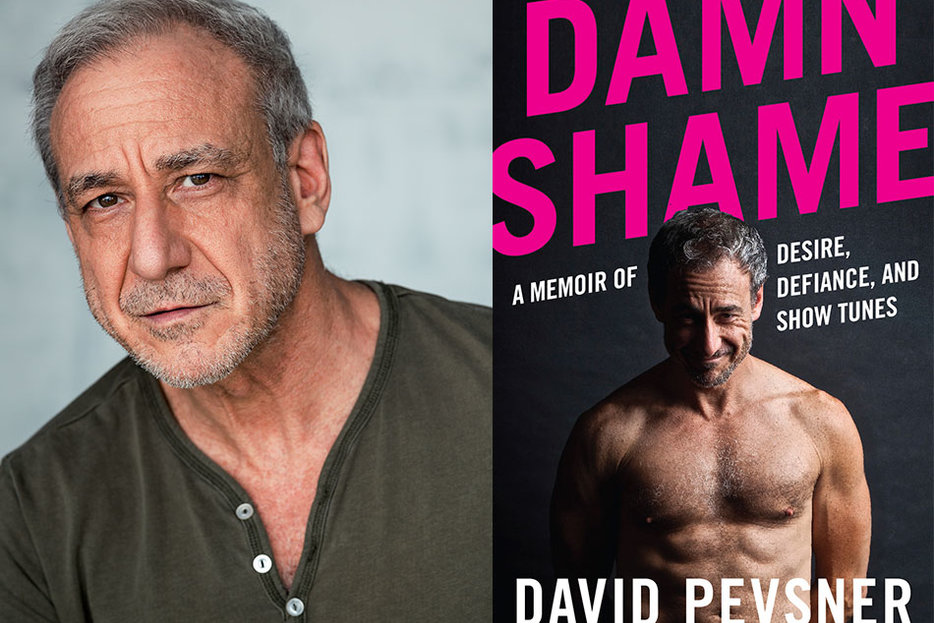 Narcissism is a main character in Pevsner’s sex work memoir. In college, mustering up the courage to exit the closet and tell his shrink about a crush, the doctor disturbingly responds: “He probably looks just like you. All homosexuals are narcissists.” Beyond homophobic stereotypes, Pevsner becomes a self-described narcissist as he grows out of his awkward musical theatre teen years into the hot daddy of his own dreams. His superficiality increases in tandem with his insecurity, with a mixed bag of results: Ten hours/week in the gym (good!), lots of hot sex (great!), and standards so high he inevitably hurts the suitors who care about him most (bad!).

Narcissism, based on the much-maligned Narcissus of Greek mythology, is a dirty word. Narcissus was a man taken by his own beauty, who could not stop looking at his own reflection until that staring led to his untimely death. As artists, as sexual beings, and as integrated humans capable of both, what’s wrong with beauty looking itself in the eye? Self-reflection is the root of art, especially when that art is explicitly autobiographical.

As a writer, performer, and sex work memoirist myself, I, too, have been called a “promiscuous narcissist.” Promiscuous for being a whore, narcissistic for making art about it. It’s one thing to be a slut, we are told by those clutching their pearls; it’s another to tell everyone. Reading Damn Shame, I felt an intimate kinship with an artist who, I can only presume, feels his sexuality and creativity are inextricably intertwined. That hiding one part of ourselves impedes the expression of all others. For the promiscuous narcissist, the performative nature of sex work feels like home.

When Pevsner ventures into sex work as a mature escort at thirty-six, his superficiality is challenged in a transformative way. The man with high standards must learn to love the less attractive stranger. The narcissist comes to realize that men are more than their looks, and that, for an agreed upon sum, he is capable of compassionately loving anybody. What a gift! Grounded with a more empathetic view of humanity, Pevsner’s heart is newly open to true love. But when Reid, Pevsner’s shitty, whorephobic boyfriend, is informed of his partner’s sex work, he writes a breakup note that calls the artist untrustworthy, undatable, and disease-ridden. He signs it, “With love, without respect, Reid.” Besides money, at least Pevsner always received respect from his clients. Is there such a thing as love without respect?

For Pevsner, the memoir is a mirror, but its reflection is a moving target. “I know what you’re thinking,” he writes at various points in Damn Shame, as he prepares to divulge even more shameless truth about escorting, pornography, and homosexuality. He engages the reader and calls them out on their perceived assumptions. In Pevsner’s reflection, the image is wearing boxing gloves, and rightly so: he’s a man on a crusade against ageism, sexual stigma, and homophobia.

He is, of course, still David “I would have fucked me in a second” Pevsner. He’s hot—the nude photos in the book prove it!—he knows it, and lucky for us, he’s not even close to being done. Thank goodness. Those of us promiscuous narcissists on the same path, creatively exploring our whoredom both in private and in public, are deeply grateful.

Andrea Werhun: In the midst of your acting career, sick of taking on restaurant jobs to subsidize your life in New York City, you ventured into “mature” escorting in your mid-thirties. On the elevator ride up to your first appointment, you calm your nerves by repeating, “You’re an actor, you can do this!” What are the connections you see between acting and sex work? And what are the similarities between the way you’ve approached both professions?

David Pevsner: When I started, I thought I’d have to use my acting talents to be able to engage with guys that I maybe didn’t find attractive, to be able to be sexual with them. But the more I did it, the less “acting” I had to depend on. I found things about every man that helped me connect to them, both personally and sexually. Going beyond the looks or the bodies. Plus, my caretaking and sense of humor also helped make these sessions go by sweetly.

I got special requests to indulge certain fantasies they had: the repairman who shows up to fix the TV but needs a shower first and then, oops, his towel falls off; the superhero bottoming for the man-in-distress; the lothario who romances the guy and sweeps him off his feet, sure. There was a lot of acting/role play involved, and that was always really fun. And sometimes they just wanted me to be a nasty daddy top or submissive boy bottom, and I treated everything as if I was about to play the role off-Broadway.  Very fun. I found, just as in my legit acting work, that the more I feel organic about what I’m doing, the more pleasurable it is and the better the connection.

I can’t stop thinking about Reid’s breakup note sign-off after he discovers your sex work: “With love, without respect, Reid.” Do you think it’s possible to love someone without respecting them? And is sex work a form of respect, without love? Can you really have one without the other?

As I found in the aftermath of that shit-show of a relationship, you cannot have real love without respect. Or, let me put it this way: I don’t think I can have real love without respect. It made me realize how much respect I had for so many people in my life, even if they were going through difficulties that made them do some disrespectful things. I make an analogy to Mulder and Scully (I love The X-Files!) and their relationship. They didn’t always agree, but they had each other’s back and respected and trusted the crap out of each other. To me, that’s a perfect basis for love.

As for sex work, I can’t say I respected everyone I fucked, but that has nothing to do with the work. If they were a crappy person (and very few were), the respect went out the window, but I still had to perform. Almost always, I had utter respect for the men who hired me because I could sense their need and it was real and I was there to make them feel better. I also respect everyone who photographs my nudes and videos if they are artists, even if we’re just shooting something porn-y. The sex work I’ve done has always been better when there was mutual respect and manners, even if it was down and dirty.

That last line made me do a spit-take with my coffee. I talk about the “Vanessa Williams Rule” in my book. When her Penthouse Forum nude photos were discovered, she lost her Miss America crown, and though she said that it was a mistake (mainly because they were published without her okay), she didn’t apologize and didn’t call them morally wrong. She owned up, handled it well, and that’s why I believe she’s had the career she’s had. They will come for you if you apologize and cower to conventional wisdom. “Take control of your own story” was some advice I got from a publicist friend, and that’s what I’ve tried to do. It’s all out there, but I do not believe it should hamper my ability to work as a mainstream actor. And though I lost a couple of agents over my photos, I’m still getting auditions, and really, the folks I want to work with, the Duplass Brothers, Ryan Murphy, even Martin Scorsese…do you think any of them really care if my dick is on the Internet?

You are an autobiographical wonder. You’ve written two one-man shows, To Bitter and Back and Musical Comedy Whore, and now this memoir, Damn Shame. How do you transform a personal story into a tale with universal relevance? When does art go from a narcissistic pursuit to something that’s relatable to everyone?

That’s a fabulous question. I’ve gone to shows and read books written by people who have had awesome experiences, but I was left feeling cold because I didn’t really identify with their journeys. They didn’t find what was relatable in their stories, to go beyond “hey, look what I did!”

I became aware of finding the universal in my work when I wrote my song about getting hard-ons in the showers in gym class. So many guys told me that the feelings I wrote about in that song hit home with so many of them, and that it was both fun and healing to know they were not alone. I found by really gleaning my experiences, getting deep into what I felt while things were happening, really exploring the humanity in every situation, the more folks responded to the stories I was telling.

As I like to say, you can write a book about penguins in Guam, but if you don’t give me a reason to read it beyond the plight of the penguins; to bring out the animal lover in all of us, the caring about our planet, the relationships between the penguins and how it mirrors our own, the funny shit they do and how they walk—that will get me involved. And then if something good or bad happens to them, I feel their joy or pain or whatever in my soul. A cute penguin ain’t enough. That’s all a pretty long analogy, but hopefully it makes my point.

As you age, does the insecure narcissist of your youth ever rear his beautiful head or has getting older rendered him insignificant—or rather, unrecognizable? Has your anti-shame, anti-ageism, and pro-sexuality crusade put the narcissist in his place? How do you get comfortable with getting older?

Oh, he’s still there. I don’t think he’s ever going away. But he has other things to balance him out that have come more to the fore as I’ve gotten older. When I feel him going over the line, I focus my attentions outside of myself and usually that will pull him back.

I’ve always been a very empathetic person, but also a very judgmental one, which sometimes overran the empathy. But as I’m getting older, having been through all I’ve experienced, I’ve become much more forgiving and in tune with folks, because none of us is perfect, and really, what the hell do I have to be judgmental about? And I’m hoping that my “crusade” as you put it (a great word, actually) helps others. I guess you could say I’m still a narcissist, but much more tempered and for a very good cause. For me, if I can just maintain my health, physically, mentally, and emotionally, I am more than okay with aging. But I want us all to be okay with it, that there is no age limit on feeling sexy, passionate, accomplished, whatever. You’re only done if you decide you are. I’m not done!

Andrea Werhun is a writer and performer in Toronto. She is the author, model & co-creator of the upcoming sex work memoir Modern Whore, set to be published by Strange Light in April 2022. 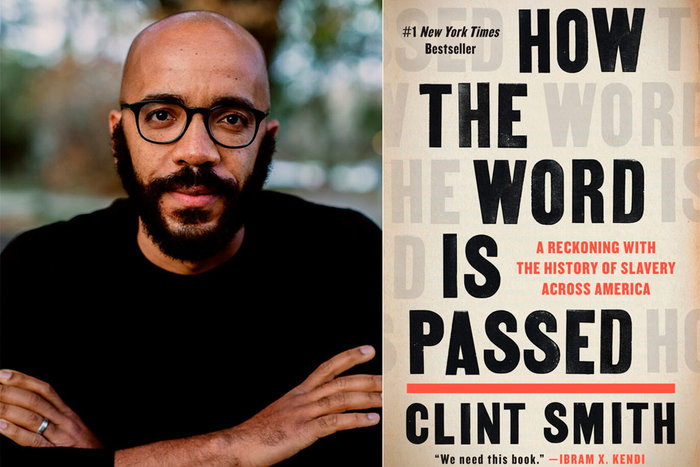 Interview
‘The Idea That Slavery Was a Long Time Ago is Profoundly Untrue’: An Interview with Clint Smith
The author of How the Word is Passed on writing through the lens of fatherhood, reckoning with the past and… 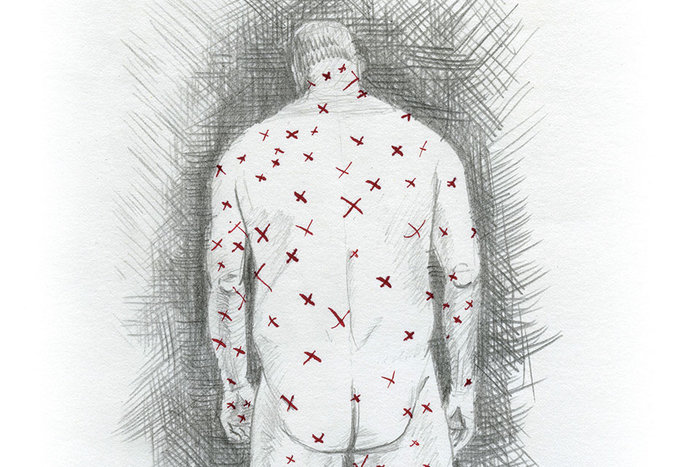 Horror
Where Monsters Are Made
For centuries, queerness and horror have been intertwined, horror relying on queerness for shock and pungency, and…