Where Monsters Are Made

For centuries, queerness and horror have been intertwined, horror relying on queerness for shock and pungency, and queerness relying on horror for visibility and validation.

Award-winning author David Demchuk has been writing for print, stage, digital and other media... 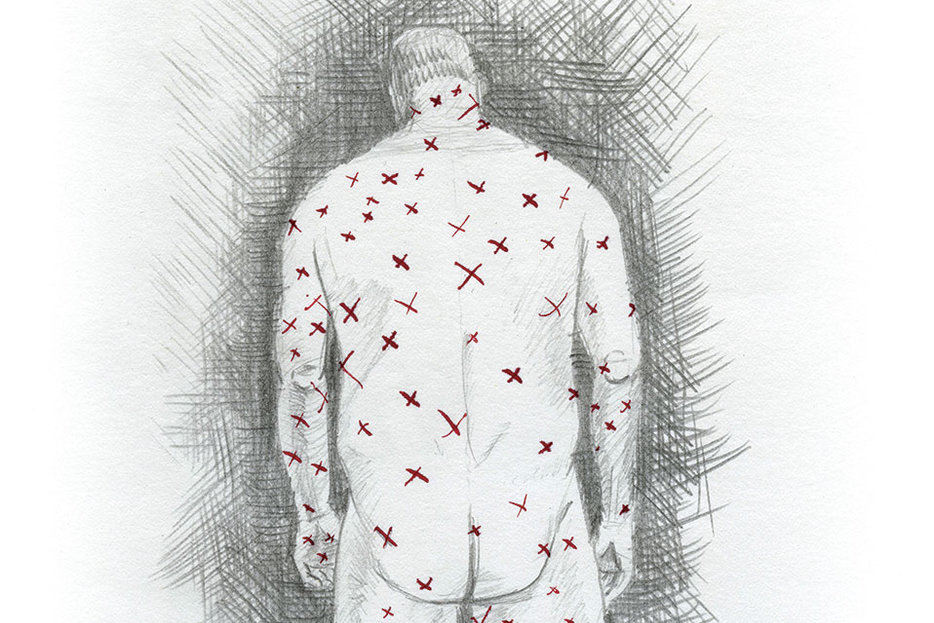 Ever since my mother first read me to sleep with nursery rhymes and fairy tales, I have sought to find my place in them. Was I the farmer’s wife being chased by three blind mice? Was I Little Miss Muffet, running screaming from spiders? Or was I the wicked witch, the dark fairy, the evil stepmother? Even at that age, I knew that I wasn’t the bland, courageous prince who would chop through a forest of thorns to rouse his love with a kiss. From the earliest days of childhood through to my teenage years, the books I read, the movies I was taken to, the TV shows I watched—everything told me I was destined to be a villain or a victim, or possibly both.

For most of its history, horror has been an inherently conservative genre, as fear is an innately conservative emotion, and horror has traditionally been employed to uphold conservative values: the triumph of the virtuous, the punishment of the wicked, the rejection of the different, the dissident, the unknown, the preservation of family, country, and God. As I write in the genre, I continually have to question whether I am demonizing sides of myself that I should be embracing and celebrating: my values, my relationships, my sexuality, my otherness.

For centuries, queerness and horror have been intertwined, horror relying on queerness for shock and pungency, and queerness relying on horror for visibility and validation. The genre we describe as horror today has its roots in the romance and Gothic genres of the eighteenth century, which in turn were influenced by the pre-Romantic movement known as the Graveyard Poets, the more gruesome works of Marlowe, Shakespeare, Webster, and Middleton, as well as the works of Milton and Dante, which described in graphic detail the torments of Hell that await those who had sinned. While the Renaissance and Enlightenment eras were more liberal in their depictions of queer historical figures, relationships, sexuality, and romance (though often with tragic ends), such positive portrayals declined as the Church and the State both worked to criminalize and demonize such behaviour. With the arrival of Gothic novels, the early Victorian thrillers known as “sensation novels,” pulp novels, and penny dreadfuls, we stepped into the spotlight in one of the few great leading roles we were allowed to fully inhabit: the villain. In such works as Matthew Lewis’s The Monk, Sheridan Le Fanu’s Carmilla, Oscar Wilde’s The Picture of Dorian Gray, and Bram Stoker’s Dracula (who warns his “brides” as they approach Jonathan Harker, “He belongs to me!”), queer attractions and subtexts could suddenly be explored, and queer characters could take a role at the heart of the story, albeit as predatory unnaturals with perverse desires, seeking out innocents—including children and animals—to corrupt and consume. From Henry James’s The Turn of the Screw to H.G. Wells’s The Island of Dr. Moreau, from Wilkie Collins’s The Woman in White to Robert Louis Stevenson’s The Strange Case of Dr. Jekyll and Mr. Hyde, chances are that if you read a story from this period that depicts “a secret side,” a “hideous transformation,” a “debilitating disease,” a “tainted bloodline,” “wanton decadence,” “unbridled hedonism,” “a duplicitous nature,” or a “twilight underworld,” you are likely confronting a carefully coded example of queer horror.

Queer writers found we could work within the confines of this most conservative genre, using metaphor and allusion to describe meeting places, encounters, relationships, occupations, and networks through which queer people could find each other, gather, and form community. At least for a while, it was better to be seen as a monster than to remain unseen. However, in our zeal to use the genre to portray some aspect of ourselves, what we most often revealed—or were required to reveal—was our self-hatred. For queer readers, hatred, and self-hatred, were the stinging medicines we were forced to consume if we were to satisfy our need to see ourselves.

So-called sexual deviance and perversity continued to play a starring role in horror past the turn of the century and into the early 1900s, through two world wars and the deeply conformist 1950s and early ’60s. As stage plays, fiction, cinema, and television became more permissive, explicit portrayals of lusty lesbian vampires, pansexual covens, mother-obsessed maniacs, and cross-dressing cannibals shocked and titillated mainstream audiences and enraged censors and queer activists alike. The lines between good and evil began to blur, the anti-hero became a dominant protagonist, and the prim, prudish, unfailingly heterosexual heroes were subtly mocked for their dullness while the outlandish monsters and murderers were quietly cheered for their rejection of social norms.

Up until this point, family as a microcosm of society had been held up as a sanctity, as the source of strength and safety, and heroes would do anything, including sacrifice themselves, to destroy the monster and restore order. Then we began to see a transition from the common theme of “destroying the abnormal to preserve family and society” to the implication that family and society were themselves the abnormal and would destroy you. This new wave of horror was the one I grew up with, precociously reading novels such as Ira Levin’s Rosemary’s Baby, Thomas Tryon’s The Other, Stephen King’s Carrie, William Peter Blatty’s The Exorcist, and V.C. Andrews’s Flowers in the Attic. In these stories, family and society were where the monsters were made—through divorce, abuse, neglect, through isolation and exclusion, and especially through a disregard for and degradation of the rules of gender and sexual identity that “good families” obeyed. This was the new order, and while “good people” and “good families” could try to combat it, they risked sacrificing themselves for no reason or, worse, becoming monsters themselves in the process. These narratives unfolded in stark contrast to those I’d seen in old creature features on television, where the monster, even if created by our greed or misadventure, was still an external force we could fight and destroy. Now we were in the era of Bob Clark’s influential proto-slasher Black Christmas, where the obscenity-spewing woman-hating killer—whose perverse and monstrous tirades alluded to abuse within his family—was calling from inside the house.

As LGBTQ communities became more vocal and visible in our demands for civil rights, portrayals of queer monsters and villains and grotesques were decried as homophobic and transphobic. As a queer young man who loved horror, who, like many, was drawn to darkness, I struggled as I confronted images of myself and my friends that openly maligned us, and recoiled with a different kind of fear as I imagined my parents, my employers and co-workers, my straight friends and their families, seeing these films as legitimate depictions of my life, my experience, and my desires.

In recent years, the queer villain/anti-hero has made an interesting and largely welcome return within horror, as we have seen an increase in the psychological complexity of its monsters and the conflicted nature of its heroes and victims. Michel Faber’s cerebral sci-fi horror novel Under the Skin (and its more oblique 2013 film adaptation with Scarlett Johansson) presents an alien who performs gender, taking on the image of a vulnerable, feminine woman to attract, ensnare, and harvest her human male prey; her journey both illuminates and subverts the trope of “trans woman as male deceiver.” In John Ajvide Lindqvist’s novel Let the Right One In, the genitally mutilated child vampire Eli befriends and imperceptibly grooms the bullied boy Oskar to replace the aging “father” in Eli’s thrall. Oskar and Eli ultimately escape the town where Eli has been feeding; we understand that Oskar too will grow older, will become protector and facilitator and “father,” as Eli remains ageless. And then there is the titular creature of the 2014 film The Babadook, who was embraced by film-savvy queers as a darkly dapper symbol of queer resistance—“I’ll wager with you, I’ll make you a bet: the more you deny, the stronger I get.” Once it bursts out of the closet, it refuses to be repressed or restrained. In the end, despite all attempts to exorcise it, it cannot be defeated, nor can it be driven away; it can only be integrated into the family, fed and nurtured, accepted and embraced.

I’ve had to reckon with my own personal history with queer horror, how it has shaped my view of my community and of myself. So much of it is about the aspects in queer culture that straight people fear, that straight society fears: strength and independence in women; vulnerability and intimacy in men; the upending of gender and family roles; the repudiation of the primacy of reproduction; the hollowness and bankruptcy of the dominant social structures; challenges to the pronouncements of the Church. And our intrinsic invisibility, our insidiousness—that we could be anyone, anywhere, hiding in plain sight. I have to admit, there is something delicious in that—that we would provoke so much unease, so much discomfort, so much irrational, unfounded terror just by existing.

Award-winning author David Demchuk has been writing for print, stage, digital and other media for more than 40 years. His debut horror novel The Bone Mother, published in 2017, was nominated for the Scotiabank Giller Prize, the Amazon First Novel Award, the Toronto Book Award, the Kobzar Book Award and a Shirley Jackson Award in the Best Novel category. It won the 2018 Sunburst Award for Excellence in Canadian Literature of the Fantastic in the Adult Fiction category. It was listed in the Globe and Mail’s 100 best books of 2017, came in at #22 in the National Post’s top 99 books of the year and became a #1 bestseller on Amazon.ca. His troubling new novel RED X was published by Strange Light in August 2021. It was listed as a Rakuten Kobo Top 20 of 2021 selection, a CBC Books pick for Best Canadian fiction of 2021, and a New York Public Library Best Book of 2021—one of just three Canadian novels on the list. David Demchuk is represented by Barbara Berson of the Helen Heller Literary Agency. He currently lives in Toronto. 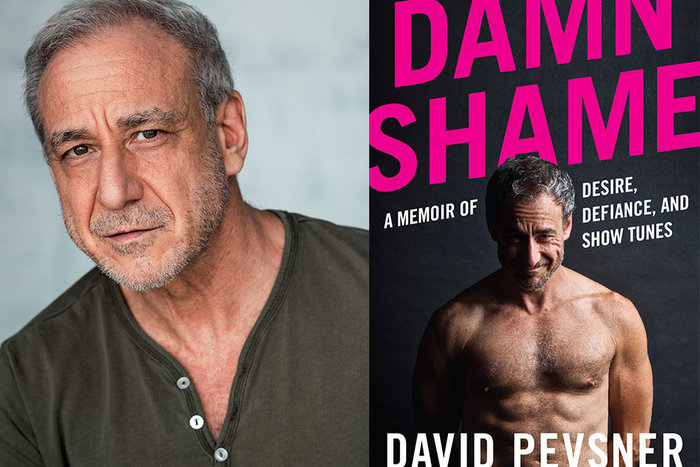 Interview
‘Do You Think Any of Them Really Care if My Dick is on The Internet?’: An Interview with David Pevsner
The author of Damn Shame on finding the universal, empathy and the X-Files. 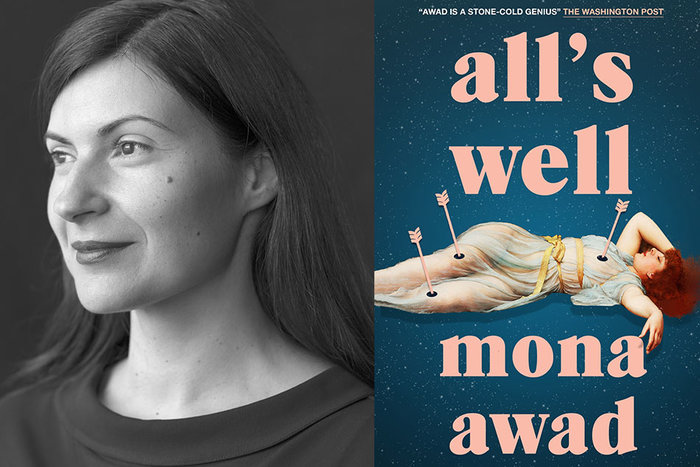 Interview
‘There’s An Absence in Language for Communicating Something as Visceral as Pain’: An Interview with Mona Awad
The author of All’s Well on dark academia, Shakespearean witches, and the tragicomedy of chronic pain

'I May Dwell in Darkness to Affirm its Opposite': An Interview with Eugene Marten
Matt Bell
Street Meat Stories
Nicole Bazuin , Andrea Werhun