The protagonists of Dionne Brand’s Love Enough grow up in the foster care system, which began, historically, as a form of indentured labour. Is it still failing kids? 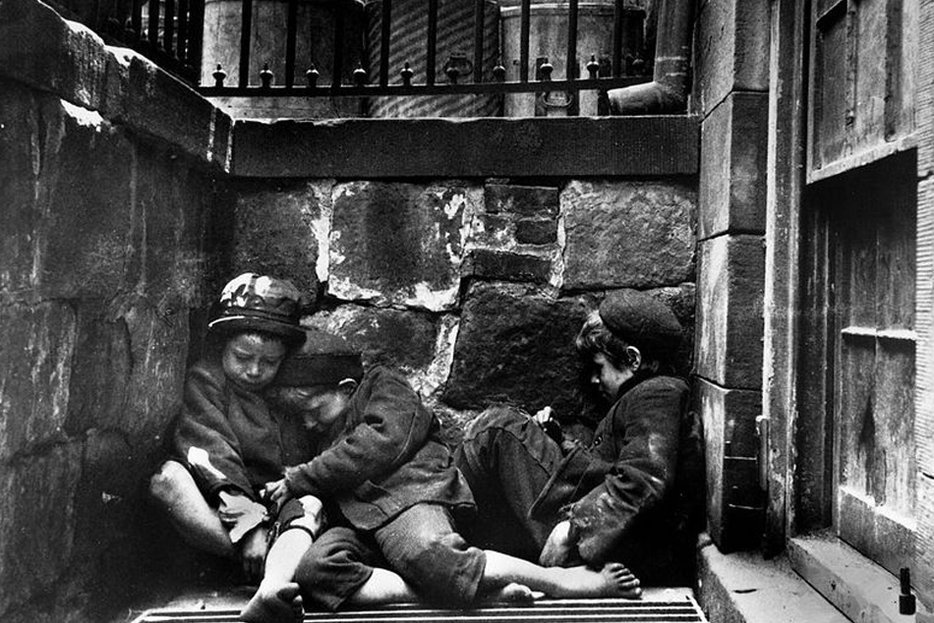 Lia and Germain’s mother was Mercede, and “Mercede was wild.” We meet Lia and Germain, the protagonists of Dionne Brand’s new novel, Love Enough, as adults in their early 20s, and Lia remembers her childhood this way: “Lia and Germain had spent time off and on in foster care, and off and on in peril…months would pass and then Mercede would find them; go and collect them, even if they were with the best kind of people, that is, people who could love them[.]” Mercede is a single mother, underemployed, who moves from apartment to apartment. She has mental health issues, and the state is of two minds about her: caseworkers do not believe that she is always capable of caring adequately for her children, but they believe she has a right to try.

In 1601, after England’s shift away from feudalism, the parliament under Queen Elizabeth I passed “An Acte for the Releife of the Poore” to address the question of what to do with all the poor people now that they no longer belonged to rich people. It was decided the best thing for children whose families were too poor to care for them was for the parish’s churchwardens and justices of the peace “to bind any such children as aforesaid, to be apprentices, where they shall see convenient, till such man child shall come to the age of four and twenty years, and such woman child to the age of one and twenty years or the time of her marriage[.]” The children would be taken from their families and installed as indentured labourers in the households of tradespeople, who would take on the costs of their upkeep.

It was the genesis of today’s foster care system. Back then, the nature of the contract was clear. Children were not expected to be happy; they were expected to be useful. Up until this century, adopting a child was often understood as a way to gain free labour; an estimated 12 percent of Canadians are descended from the Home Children, a wave of British street kids packed off to work as farmhands in rural Ontario in the 19th century. For the first year, anyone taking in a Home Child could give the child back if he or she wasn’t “satisfactory.”

We no longer think of children as free labour, and the revolution in children’s rights has meant that in considering what to do with children whose families are having trouble caring for them, the priority is finding a solution that is in the best interests of the child. What’s not clear is how this might accurately be determined, and whether foster care is generally making children’s lives better or worse.

It was the genesis of today’s foster care system. Back then, the nature of the contract was clear. Children were not expected to be happy; they were expected to be useful.

It feels wrong to criticize foster care—after all, people who are willing to take in children suffering from abuse or neglect are doing, as many of them believe, the Lord’s work. Foster care systems differ dramatically from country to country, and in Canada from province to province. Canada’s 2011 census counted foster children for the first time, and found 29,590 under the age of 14 living in private households. While regional differences in policy make it hard to compare situations and outcomes, it is generally agreed that foster kids are less likely to finish high school and more likely to end up in jail than other kids. The kids who are bounced around from placement to placement—some living with 20 families before the age of 18—suffer the most. The harried caseworkers struggling to find somewhere to put them are sometimes unable to properly vet foster parents, leading to situations in which kids are abused or neglected while in care. Even in the best situations—placement with a foster family that does its best to love and care for the child—kids who are moved around a lot are permanent guests in the houses of strangers, and go from school to school and neighbourhood to neighbourhood, making it hard to make friends or keep any kind of stable community.

As a recent study by Australian scholars Frank Ainsworth and Patricia Hansen points out, the “substantial evidence of ineffectiveness” in studies of foster care would cause any other government program to be substantially overhauled or abandoned altogether. Which leads some advocates to ask—is this really better than the sub-optimal family situation these kids left in the first place? Ainsworth and Hansen continue:

When a child or youth is removed from parental care as a result of a finding of abuse and/or neglect and placed in foster care, the state assumes responsibility for that child or youth’s future wellbeing… Yet, as we have seen, young people transitioning from foster care frequently experience homelessness, have a poor educational record, have already engaged in criminal activities, have mental and other health issues and difficulty in maintaining social relationships… Given the state’s failure to ensure a child or youth’s wellbeing, this raises the question as to whether or not the child or youth would have been better off (or at least no worse off) had he/she remained in parental care.

The stated aim of Canada’s foster care system is family reunification—the idea is for foster parents to ensure the child’s safety and well-being while parents work with officials to solve the problems that caused the child to be removed. As with much of what happens to foster kids, data on whether and when kids are reunited with their birth families is not readily available. Earlier this year, a team led by Tonino Esposito from the Université de Montréal published the first longitudinal study of family reunification using data for Quebec, which suggested that outcomes vary considerably depending how old a child was when first placed in care. Children between the ages of 14 to 17 are very likely to go home within the first year—for them, foster care does not generally end up as a permanent state. Younger children—those aged two to five—are the least likely to make it home.

We think of modern foster care as an attempt to help children from “troubled” families. But the language of the Acte for the Releife of the Poore is still the most accurate—most of the families who come into contact with the child welfare system are poor. Rich people do not, as a rule, have their children taken away, because whatever else may be going on at home, rich kids are not coming to school hungry and exhibiting related behavioural problems. If your parents are divorced, you seldom see your father, and your mother lives in a miserable, alcoholic haze but can afford a nanny, the state considers you well cared for.

In Canada, the most recent National Household Survey suggests that nearly half of all children in foster care are Aboriginal. A study published this year by a team from Western University found that Aboriginal kids, unlike kids from other ethnic backgrounds, were coming into care not as a result of abuse—they were coming in because of neglect. While neglect is defined inconsistently across the provinces, the Canadian Child Welfare Research Portal says it can loosely be defined as “the failure of a parent or guardian to provide a child’s basic needs such as for food, education, healthcare or supervision.” In the context in which many Aboriginal families operate—where education is underfunded, housing is overcrowded, healthcare is less available, and food is more expensive—this “failure” is systemic.

Taking poor children away and sending them to live with richer parents does give those children some advantages. They have food and clothes, a quiet place to sleep, safe neighbourhoods, and parents who can afford to take them to the zoo or the science centre. But what if society did a better job of ensuring that all parents are able to provide these things for their children? It’s tough enough to be a good parent at the best of times; it’s a lot harder when your own basic needs are not being met. 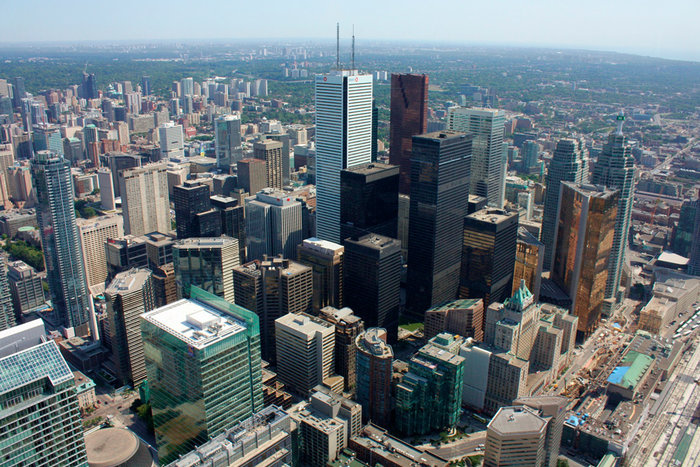 Urbanism
Toronto is Still Not New York, and Probably Never Will Be
A chart attached to a Bloomberg News story this week seemed to suggest Toronto would be denser than New York by 2025….