‘Anxious, Furious and Dread-Soaked’: An Interview with Lauren Groff

The author of Florida on the impact of landscape on the psyche, the political responsibilities of fiction, and playing with expectations.

Marissa Stapley is the bestselling author of the novels Mating for Life... 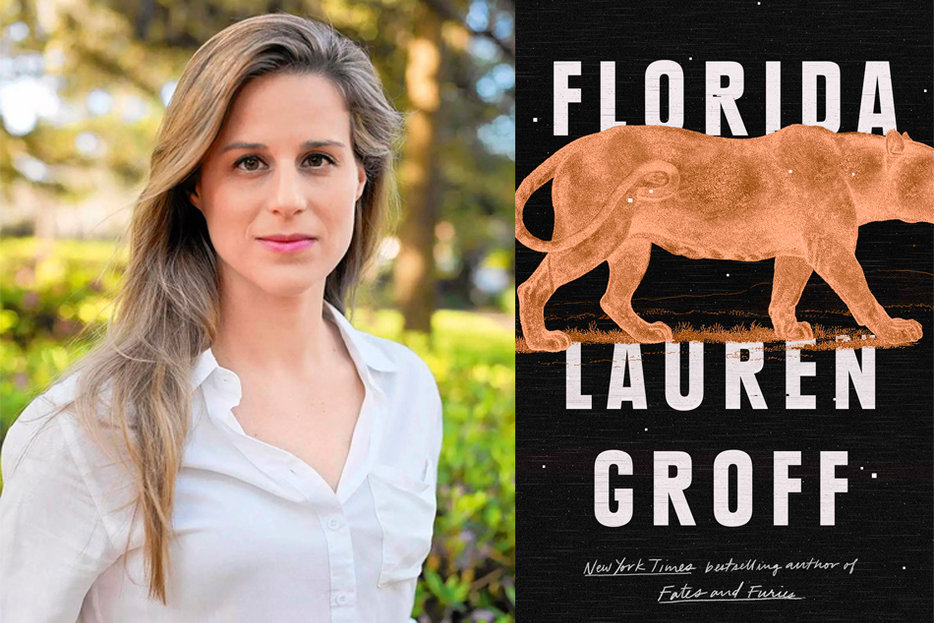 Lauren Groff’s work is complex and layered—there’s always a statement about the world contained within, like a prize in a Cracker Jack box. The New York Times bestselling author followed up her 2008 debut novel, The Monsters of Templeton—a family saga with a mythical lake monster at its core—with the critically acclaimed Delicate Edible Birds, a short story collection about the lives of American women. After writing Arcadia, a novel about a child named Bit who was born in a 1960s hippie commune and forced into the real world once his sheltered life collapsed, Groff’s welcoming, luminous prose gathered power. Her 2015 novel Fates and Furies, the story of a tumultuous marriage told from two sides, was the most talked about book in the US that year, and not just because Barack Obama said it was his favourite.

Now, with the short story collection Florida (Riverhead), Groff has taken a setting that feels familiar and revealed its true self. Here, there is “golden sun pouring down over everything, all of it shimmering but untouchable, as if behind glass”; there are screens at night that “pulse with the tender white bellies of lizards”; there is a character hiding in her hurricane-battered house who has “always felt a sisterhood with bathtubs; without someone else within us, we are smooth white cups of nothing.”

I recently discussed writing, politics, dread, and what the future holds with Groff—who seems to know better than most where the world has always been heading.

Marissa Stapley: There’s passion and anger in the stories in Florida—and there’s also bleak frustration, especially evident in the recurring novelist character, who worries about her children surviving in the world as it is. Is this writing a reaction to the current state of politics in the United States, and the increasing unrest (or, perhaps the permanent state of unrest) in the world at large?

Lauren Groff: Absolutely. Yes, yes, yes. But most of these stories were written before things went so haywire, partially because when you live in Florida, you can live your daily life among the elements that made the political events take place. I saw it coming and was frightened out of my mind. But I’m also just an anxious and furious person, full of dread, so no matter what had happened in our electoral system, I probably would have written an anxious, furious, and dread-soaked book.

This collection made me think about Florida in a way I never had before: less vacation theme parks and golfing presidents, more snakes in the toilet and a crocodile in the pond at the gated retirement community. It’s also so horribly beautiful, like a character itself. To me, reading about Florida in this way felt like your way of reclaiming the narrative—perhaps even reclaiming Florida from Trump. Was this purposeful?

Even though the stories in this book took twelve years to write, from a time in which the-one-who-can’t-be-named was just a bankrupt buffoon with terrible hair, the placement of the stories into a slowly developing argument in the book is a deliberate response to the sense of horror and disaster that came upon thinking people at the end of 2016. I was tired of the novel I’d been working on, which felt so imbued with literary references that it was ingrown in a way that literature can sometimes be, and I felt that it was morally bankrupt in this brave new world to write hermetically sealed fiction. It was intentional to write a more political book, without it ever becoming polemical (I hope).

You grew up in Cooperstown, New York, and wrote about it in your first novel, The Monsters of Templeton. Now you live in Florida, and are writing about that. Why do you so often choose to write about the place where you are?

Landscape is a powerful force on the psyche: your surroundings are part of your character. A person who has only lived atop a mountain, in the clear cold up there, will be different in vast and important ways from a person who lives on the flat pebbled marshes at sea-level. What you notice on a subtle daily basis changes the essence of who you are.

And why France? Because Florida isn’t just about that particular state—a great many of the stories take place in France, too.

France is the imagined place of the self, the place the resentful and trapped Floridian believes to be closer to her soul. But, of course, you don’t get to choose the places that dovetail into you. They choose you.

So many experiences are universal, and authors strive to get it just right so people recognize themselves. And yet, there’s the potential for catastrophe if people do see themselves. Do you worry about this as much as I do?

I don’t worry about it until the point where I show the work to someone else, by which time it’s been through so many iterations that the original spark is buried. And then, with the understanding that strange eyes are going to look at it, there comes a sense of real obligation to see the work as though your source were seeing it afresh. I think these two impulses—rewriting and rigor—generally keep work from being hurtful. I think writers should feel free while composing to write about anything they want to write about, no matter how hurtful to someone else it could be. That said, they don’t have to publish it, of course, and in many cases, they shouldn’t: you should never intentionally hurt someone with your work. It’s morally irresponsible to do so. It takes some time and a few mistakes to understand where the line is between publishing something that feels personal and urgent, and something that will hurt someone. Lord knows I’ve failed at this (I’m trying to make my amends).

Do you find readers/friends/family often think, especially when you write about marriage or motherhood, that you must be writing about yourself? How do you feel about this?

I’ve resigned myself to the idea that people will read the real me into a fictional version—they tend to do this more with women writers, but not exclusively, of course—to the point where I deliberately play with this idea, because it’s so deliciously fun.

Many of these stories have been previously published, in The New Yorker, Tin House, and literary journals. Was there a point when you began to feel the stories were connected, or did you always know you were writing a collection? Why a short story collection now, rather than a novel?

I’ve written novels constantly since college, but I’ve also been writing short stories all along—it just takes a little more faith on the part of a publisher to get a collection of them in the world. Florida is made of stories that are very new, as well as stories that have been in the world since before my first collection; the final selection was made of stories that felt thematically linked and built into an argument. I love the novel form, but I think I love the story form better: the novel takes so long that unless you commit to it every single day, it just won’t get written, whereas I keep a story in the back of my mind for years until one day it becomes so urgent I have to sit down and write it. It’s a long swim versus a terrifying leap. I began to think of a collection of stories last year, after I wrote the newest ones, and saw how they drew the strands of the collection together.

More and more is expected of authors these days. It’s not enough to be brilliant on the page—you also have to be witty and wise in person, willing to engage on social media and on book tours, appear at various events. How much does this phase of the writing journey take out of you? Do you dread releasing a book into the world and then essentially reentering the world, or do you welcome it?

I’m a true introvert, so even one event takes three days of wind out of my sails. A book tour of more than a week can take months out of me. You’ve caught me just a few weeks before my book is published, and I’m, honestly, anguished about it. I have to run about ten miles a day just to get to sleep at night—not so much because of the reviews (though I dread them so much that I can’t read even a positive one), but because this thing that has mattered so much to just me for so many years suddenly becomes the property of the world. This is my fifth published book, so I’m not new to the process, and have put a few good systems in place to help me: my husband knows to shoulder more of the burden, my family is on red alert, and I’m pretty much resigned to not being able to write well for a long time, so I have some editing things lined up, et cetera.

In the end, though, the kindness and generosity of readers—the emails, the hugs, the appreciative responses—is what gets me through the dark times of writing. I’m so grateful to readers, and to the massively important booksellers who keep the literary ecosystem alive, that I’d find it appalling ungrateful to refuse to tour.

I do have a favourite story, yes—and each of the stories believes with very good reason that it is my secret favourite. I do plan to go back to the novel, but novels are recalcitrant things, best approached by slow sidling while squinting off into the far distance, so I have no idea if any will come under my hand before another story collection does.

Marissa Stapley is the bestselling author of the novels Mating for Life, Things to Do When It’s Raining (which has been translated into seven languages and published in nine countries), and the forthcoming The Last Resort. She is also a journalist and book reviewer whose writing has appeared in The Globe and Mail, Toronto Star, National Post and many others. She lives in Toronto with her family. 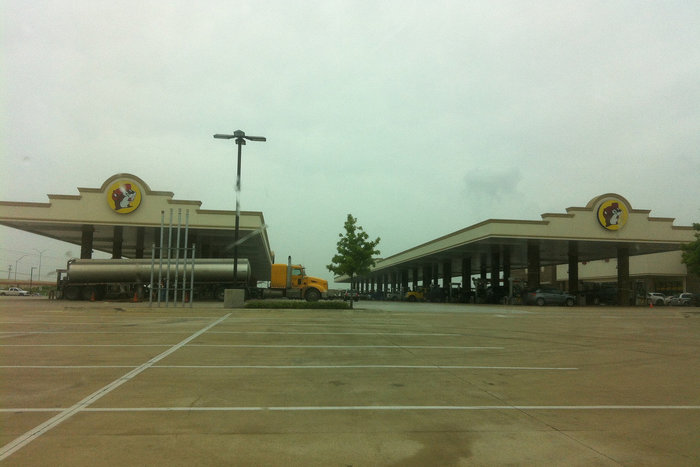 Memoir
At a Rest Stop Somewhere in Texas
You go to Buc-ee’s for the same reason you break up with someone: to pursue possibility, that narcotic promise of more. 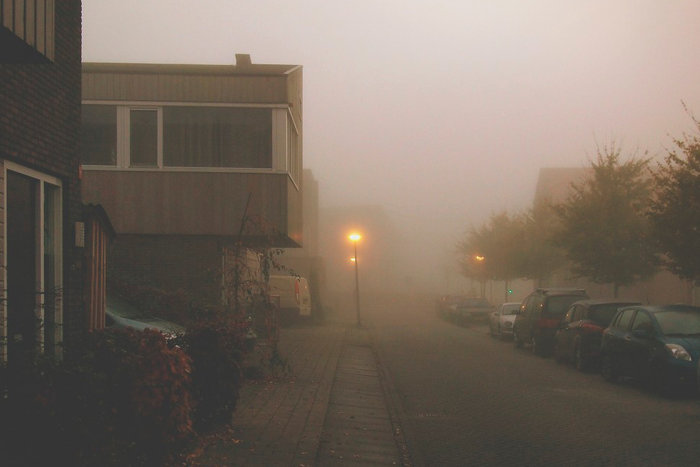 Memoir
A Body Like a Home
Surgery can be seen as way to escape being a trans woman, the freedom to disappear into an “ordinary” life….