If a signature scent represents the delineations of a person fully fleshed, perfume samples offer the liberty of a protean form.

Tracy Wan
Tracy Wan is a writer based in Toronto. She is currently working on Invisible... 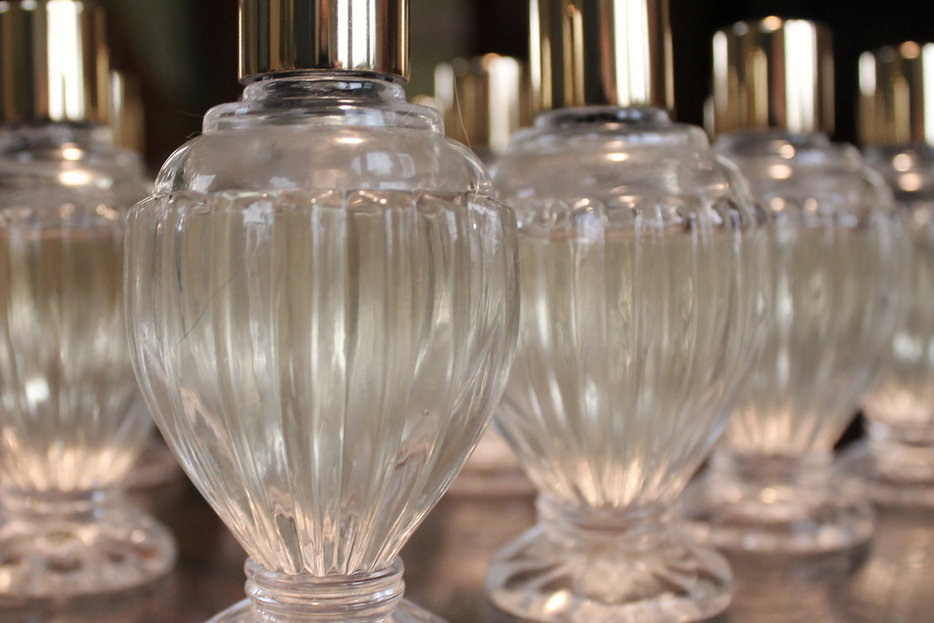 There’s a mathematical beauty to constants that is universally appealing. Beneath the undulations of our days, constants form the rare, unbroken terrain on which we can set our experience, and distill from it some form of understanding. We make homes in places and people and traditions, and erect them around us like the architecture of a meaningful life: a framework to fasten the “I” together—or, and perhaps more accurately, to keep everything from falling apart.

As the daughter of peripatetic immigrants who never quite found their footing, I have always felt alarmingly fluid, lacking not only anchorage, but a sense of constitution. Without a clear notion of provenance or the reassurance of belonging, that constant, solidified “I” became the horizon of my ambition. It was a myopia that blinded me to other pursuits and interests. All I sought was a place to be still in my own image, and learn the confines of myself.

Most symptomatic of this obsession was my longing for signatures: elegant, recognizable penmanship, a bar where they knew me by name, a uniform to whittle my feral anxieties down to an unthinking sense of self. That’s how identity works, right? Anything rehearsed over time can approximate instinct. When I discovered the world of perfume, I latched onto the notion of a “signature scent” as the quickest means to my end: the shortest of shortcuts to a sense of self.

The signature scent, or so the cultural myth goes, is an expression of one’s individuality. I bought into that thinking with zeal, convinced that a beloved fragrance would become a leitmotif in the vital chapters of my life, inextricable from my memories and the memory of me. For strangers, it would announce my presence in any room, even upon leaving it; for loved ones, it would be a physical reminder in my absence, found lingering on a scarf or the neck of a sweater. Most importantly, a signature fragrance was a way to present an idealized version of myself everywhere I went—something that embodied my essence and projected it outward, speaking for me so that I did not have to. I’ve never liked talking about myself, anyway. Maybe because I don’t know where to begin.

The fragrance industry has long been predicated on the idea that the relationship between a person and their scent is a perfected monogamy. Of course, this manufactured exclusivity comes at a price, but that’s a cost most are willing to eat—after all, what perfume really traffics is immortality. A chosen perfume is an unspoken promise that you can outlive yourself through memory; a token to leave behind in your wake. We see its power at work in the sweatshirts we keep near when our partners are away, the vintage lipsticks and dusty compacts from our mothers that become keepsakes. For every formative person in our lives, there is a scent we can retrace back to them; some of these become indelible in our minds.

There are days still when I am arrested in my tracks by the faint waft from a passerby, the same fruity-chemical aroma of fresh shampoo that used to emanate from a boy I loved as a teenager. And for a second, I am shrouded by that feeling again—a poignant yearning and ache in the heart, an emotion so pure and wild you could swear it was infinite. That’s the sorcery of scent, and its wonder: it can summon anything. Even, on occasion, a person you used to be.

Conversely, having a signature scent is like suspending a version of yourself in amber. This was her scent, they’d say, followed by a list of qualities that the scent might represent, a few key points that would summarize you as a person. It seems romantic in theory, but comes with its own complications. What if the impression you make isn’t the one you want to last? What if the scent that speaks for you ends up saying the wrong things?

The idea of a signature smell is alluring because we never expect to outgrow ourselves. And when we do, it unearths a specific kind of sadness, like returning to a formative place only to find it unrecognizable. Maybe it’s worse, because we’re doomed to witness a terminal incompatibility—a falling out of love with a version of yourself you were sure was going to be it. “[The woman] is almost continually accompanied by her own image of herself,” John Berger wrote in Ways of Seeing. “Her own sense of being in herself is supplanted by a sense of being appreciated as herself by another.” It’s one thing to want to be seen; it’s another to reduce yourself in service of that desire, and in doing so, become the one guilty of overlooking.

I started buying perfume long before I could afford it. Each purchase was an attempt at bottling a sense of self; the expense, I rationalized to myself over and over again, could be justified by the self-assuredness it would grant me. Can you really put a price on existential ease? I was, or so I thought at the time, investing in myself. Now, in my twenty-eighth year, it occurs to me that I have spent more than a decade trying to acquire an identity through perfume—a manufactured sense of femininity, elegance, class privilege, you name it—only to find it rigid and ill-fitting. Not the promised essence of immortality, but a trap.

Freedom came in the form of plastic vials I hoard in boxes, hundreds of small samples inherited from perfume shops, beauty counters, trips abroad. Unlike a bottle of perfume, which requires a certain level of fiscal privilege and irresponsibility, samples come free with purchase, gentle persistence, or, if all else fails, the price of a small latte. In an industry premised on exclusivity, choosing a handful of disposable samples over a unique and personal bottle feels treacherous—but also defiantly democratic, like beating capitalism at its own game. The immigrant in me loves this. Faced with my samples, I am a pirate, giddy before her spoils.

Each little vial is a portal onto an alternate reality, a place that you might glimpse in a dream, or a painting. Like windows that open right onto the sea. And within those dreams, I am not confined to the limits of myself, but am instead ushered into a world of infinite costumes and personas to try on for size—all the lives I have ever wanted, and some I have never imagined. Culturally, we’ve over-romanticized scent’s relationship to the past; more impressive yet is its power to rewrite the present, and become a locus of possibility.

With the right scent on, I feel like a European heiress swathed in furs, never without lipstick, always moisturized. Or an architect dwelling in a remote cedar cottage of his own making, cigar smoke permanently in his hair. Sometimes I’m a wild creature perched in the crevices of a damp, metallic cave, feasting on insects; others, something insentient, like the silvery dust that coats the moon of my imagination. I am trying to say is that I never smell like me; and for the first time in my life, I don’t want to. Sarah Manguso articulated it best in 300 Arguments: “The trouble with setting goals is that you’re constantly working toward what you used to want.”

If a signature scent represents the delineations of a person fully fleshed, perfume samples offer the liberty of a protean form—the same lack of definition that I used to lament. Today, it brings me a renewed sense of agency, a purposeful expansiveness. It’s the same species of joy as playing with makeup, or trying on other people’s clothes; extending ourselves beyond the decaying sacks of flesh we inhabit. Last year with it beloved misfits and iconoclasts who showed us the freedom of resisting definition, but it did leave a lingering sweetness: the celebration of a mercurial life.

Who says a sense of self has to exist in the singular? That the “I” in our self-imposed narratives has to come from a place of continuity? What I used to blame on weakness of character—a proclivity for inconsistencies and a magpie attention span—I am finally seeing as strength. With no hard or fast definitions, we are free to be: to absorb, to experiment, to turn towards our own suns. To be ourselves by not holding ourselves to it. It feels like an untapped superpower.

Like having a person you can call at any hour of the day, or the languid ease of never needing to know what time it is, collecting scent samples makes me feel like the beneficiary of a rare kind of luck. It feels luxurious to wake up and be able to pick the kind of person I want to project into the world: austere or effusive, elegant or shamelessly saccharine, romantic or repulsive. To be noticed for the right reasons—which is to say, those of my own choosing.

I don’t fall in love with smells anymore. What I cherish now is the process of trial and error, because through it I have learned the virtues of living deliberately. Since smell is our most primitive sensory faculty, every new scent forces me to pay attention: to engage, to process, to react. I measure my sense of self against these new realities. Does this feel right? Could this be me? It’s a little like trying to open a door with a handful of keys in the dark, but that is how I choose to learn about myself. It takes more effort, of course, than the unthinking signature—but the reward is in the exercise.

Maybe what binds the fragments of our existence together aren’t the constants and routines, but the sharp irregularities that catch our attention. When I smell something new, I am present and grounded and alive, channeling the entirety of my awareness into that moment. What better call to attention—what better reminder of this evanescent experience we call life—than the redolence made possible by our own warmth? The scent we exude is an experience so singular, so contingent on our chemistry, emotions, and the yet unnamed workings of our bodies, that it can never truly be replicated. Each instance is a testament to the inevitable ways in which we grow and evolve, the possibility of “I” in the plural. It’s how we find our way back along a path that is ever changing: a signal we leave ourselves in the dark. Something that says, Don’t forget. You are here.

Tracy Wan
Tracy Wan is a writer based in Toronto. She is currently working on Invisible Stories, an exploration of how humans relate to scent. 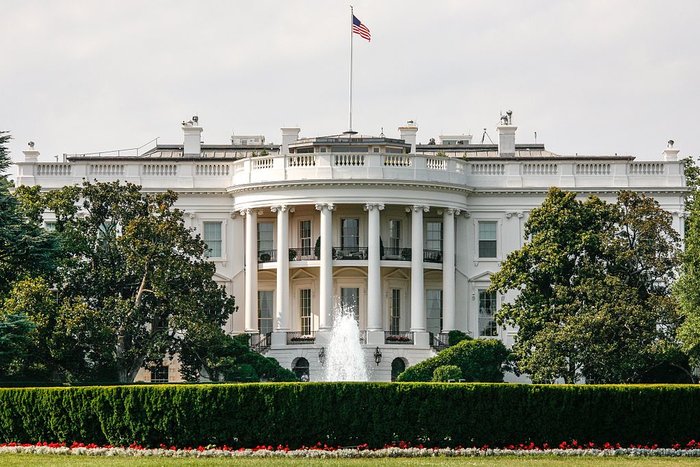 2017 in Review
The Year in Falling Apart
This year, this prolonged unraveling, is what survival looks like. 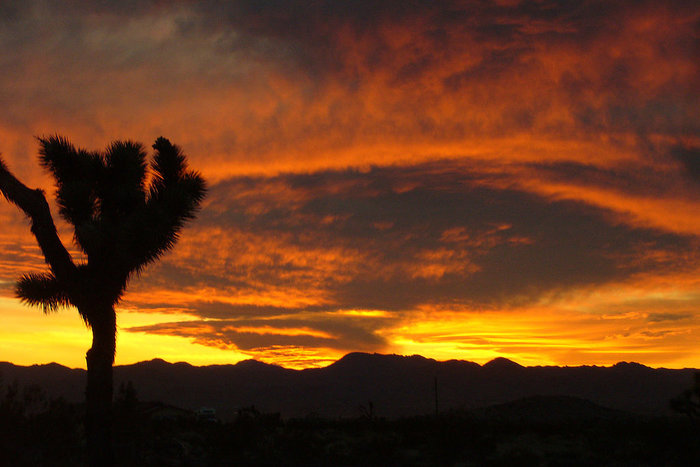 2017 in Review
The Year in Ugliness
If beauty is in acts of ordinary devotion I think ugliness must be in the acts of everyday neglect.