Week in Review: Acts of Kindness, Acts of Malice Edition 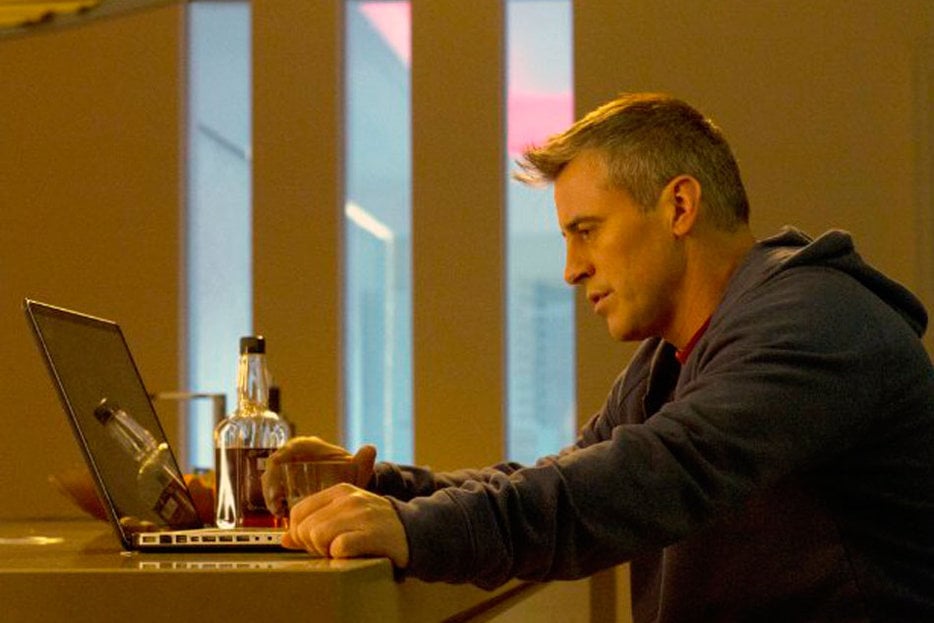 Alexandra Molotkow, Senior Editor
The problem with feminism—and I say this as a feminist—is that it sometimes obscures the humane. Things people live through become jargon, ferreting out sexism becomes an end in itself (like it’s that hard to find), and people forget that women who suffer are people who suffer because they’re women (among other reasons). You can lose the big picture and forget that rape is not Exhibit A for Why Feminism’s Still Relevant but a thing that people live through, as well as a manifestation of human evil.

Emily M. Keeler, Regular Contributor
I frequently think and even say that I hate writing about writing, but really I don’t. This week I was reading two books of fiction, which is a practice I seldom keep—I’m a promiscuous reader, certainly, but tend get the most pleasure out of one novel at a time. Clarice Lispector’s final, posthumously published book, A Breath of Life, describes a man authoring a woman, and Mary MacLane’s first memoir, I Await the Devil’s Coming, describes a young woman authoring herself. Both texts are metatexts, inviting the reader to calibrate the words as written, including the words about writing, against her own impulse to receive and so write over them in her mind with her own interpretation. Both books alternately prop up and undermine the tricky way that language shapes and is shaped by the hand that puts it down and the hands that pick it up again, and both are morbid in the way so many good books are—writing as an act that both staves off death and celebrates the very fact of it by making the inert marks on the page come brilliantly, contrastingly alive.

So I don’t hate writing about writing, and I certainly don’t hate television about television. I do, however, unabashedly abhor Mondays, despite the fact that I keep no office and work every single day of the week. That day is the worst one, the first one, the most easily wasted and the least significant by any measure, and so it makes me unbearably, unctuously miserable. I will undoubtedly meet my death on a Monday. But not this past one, which wasn’t all bad, because I spent some of it binge-watching a whole season, the second, of Episodes. The British and American Showtime series is charming and clever but not too much of either of those qualities. The idea is that a perpetual BAFTA-winning writing team (I know, I know), are persuaded by a small, horrible bald man to move from dry-witted London to glistening L.A. to adapt their amazing, critically beloved show for an American audience. Part of the deal is that Matt LeBlanc has to play the lead. LeBlanc plays a character based on himself on Episodes, and it’s thrilling to see the actor refracted through the how-you-doin’ history and spin off failures we all know about even as his character is being doubly rewritten on both Episodes and Pucks—the show within the show. As a bonus, the blending of British and Hollywood sensibilities is bubbly and ticklish, like Californian champagne on a stiff upper lip. And there are some half-decent dick jokes, too.

Linda Besner, Regular Contributor
On Wednesday I re-learned how to use a cash register. The first time I learned, I was a teenager and had my first waitressing job. That summer, I was a) generally bad at being a waitress, and b) specifically bad at using the cash register. Turns out I’m still bad at it.

This time, I was at Karma Co-op, a grocery near my house that focuses on local, organic food. I saw an article in the Toronto Star a month or so ago saying that the co-op, which has been in my neighbourhood of Toronto for forty years, would go out of business unless it managed to get 100 new members by June. It is so close to my house that if I went out with the specific intention of spitting on a grocery store, Karma Co-op would be first against the wall.

So I joined, which means that in exchange for the opportunity to buy Ontario sunflower sprouts to put in my Ontario spinach and Quebec apple salads, I now owe two hours of work at the store every month. I work from home as a freelancer, so finding a couple hours a month to help re-stock the shelves or ring people through the register isn’t a problem; the problem, as usual, is my attitude.

I want there to be organic figs and organic apple juice and fair trade chocolate; I just don’t want to talk about any of these things. I want to participate in saving the world without having to think about it. Is that terrible? I am terrified of climate change, so when I buy produce that came from Mexico, I feel like I’m buying my own death warrant. But I definitely don’t want to have friendly conversations with other co-op members about the health benefits of rooibos; I just want to buy it and then get the hell back to my regular life.

I wish there were more space in our culture for curmudgeonly do-gooding. I’d like to be able to be a good global citizen in a surly manner. Of course, what that really means is that I wish there didn’t need to be a culture around ethical food practices; if we would all just start doing it, then we could all quit talking about it.

Co-ops aren’t exactly built for people who don’t like co-operating (there’s a reason I work from home alone as a freelancer). I sort of hope that my incompetence with the cash register will discourage people I ring through from talking to me.

Jordan Ginsberg, Senior Editor
My first editor killed himself a month ago. It was a surprise, the way that any sudden death is a surprise, but it had seemed to be only a matter of time. He had for years described in detail on his blog the increasingly unmanageable pain and weakness he’d been suffering as the result of what he said was a degenerative condition, culminating in a long suicide note apparently timed to publish after he was gone. It was ultimately an uplifting document, though, meant to unite people in his absence, and it did. Shannon Larratt was good at that.

He created BME—the Body Modification Ezine—in 1994, a web archive of photos and stories of body piercing and tattoos, branding and scarification, all manner of extreme and, for many, unimaginable procedures and practices. It became one of the early Internet’s most popular websites. Despite the Rotten.com gawkers treating it as a hall of bloody curiosities, the site was a safe space for people whose proclivities led them to the margins—a place where kids with eyebrow rings, face-tattooed sideshow performers and voluntary amputees and eunuchs could coexist on common bandwidth. A community grew. Then it grew larger. Before Myspace took off or Mark Zuckerberg warred with the Winklevii, BME members were connecting online and then in the flesh. They began throwing events and conventions, flying around the world to meet for real. They started businesses together. They got married. They made T-shirts.

At first, people looked up to Shannon, but that respect evolved into reverence. Many in the community grew protective of him, the way you might defend an idol in a disputed shrine. For them, he wasn’t just an organizer or an architect—he was the heart and the blood and the brain. He had an odd charisma: In person he was pleasant but awkward, displaying less confidence than you’d expect from a man who, physically, was so intentionally striking (he wore either long, flowing hair or a smooth-shaved scalp; toyed with various bold and hilarious facial-hair decisions before settling on a massive mountain-man beard; and was prodigiously tattooed, including a subtle and distinctive white-ink design on his forehead). But online, he played the role of the icon, enthusiastically endorsing body modification practitioners’ experiments, encouraging clients to do with their bodies as they pleased, and shaming society’s “plainskins” for their prejudices against the “modified.” He wasn’t a demigod, but he played (or, at least, was occasionally treated like) one on the Internet.

He and his then-wife and business partner Rachel hired me to write for BME in 2005, which I did for almost a year. Rachel hired me back a couple years later, after they’d divorced and she had taken over the company. Shannon didn’t like me very much after that. I tried to correct what I saw as an irresponsible streak on his side, an uncritical celebration of risky procedures—such as, say, eyeball tattooing—with too little attention paid to the potential side-effects, both physical and societal. He was publicly dismissive of much of the work I did, but I shrugged it off as his own residual bullshit bitterness. There was one time, though, when, despite the bad blood, he did—begrudgingly, backhandedly—compliment me on something I wrote, and I swear I could not have imagined higher praise. And then he ignored me. That was in his power, too—to exasperate you, to pick you apart and riddle you with doubt, to strip you of your trust and faith and empathy and charity, and to still, somehow, effortlessly disarm you with an unexpected kindness. Maybe he was right. Maybe I shouldn’t have taken the job. Maybe I did betray him.

After he died, people from around the world gathered in pockets online to grieve. As I write this, condolences continue to roll in. Supporters began to get BME logos he drew branded onto themselves in tribute, modified to include his signature forehead tattoo. Even his sparring partners, those with whom he’d battled over industry standards or politics or commercialism, tipped their caps in respect. He was difficult to argue with, because there was inevitably at least a kernel of inescapable moral rightness to what he said. Maybe he championed procedures that didn’t seem safe, but it was as an advocate for every person’s autonomy over his or her own body—and realistically, he did not want anybody to get hurt. Maybe it seemed like he set a bad example for young people who didn’t realize the extent to which heavy body modification work might hinder future employment, but the goal was to weaken and crush a system that discriminated against people who chose to look the way they wanted to look, and he acknowledged that the road to acceptance would not always be easy. It wasn’t always elegant, but it was almost always in the pursuit of personal liberty. He created something great and big and weird and complicated, and now he’s gone. Shannon Larratt has been dead for a month. The world is a less-strange place now, and it’s a shame. 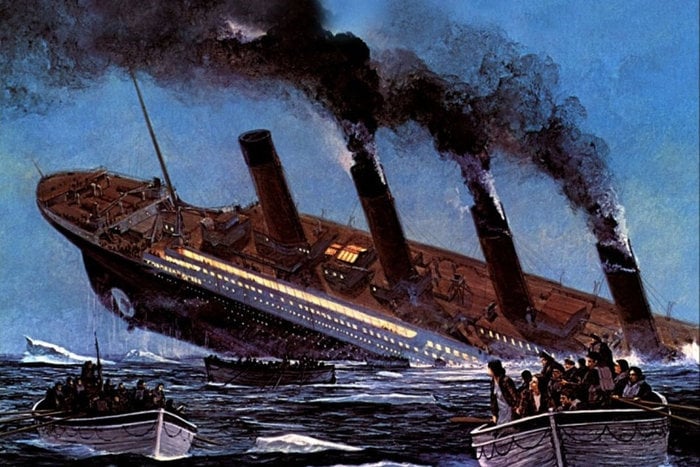 Failure Week
The Fruits of Failure and How the Dead Help the Living by Dying
The sinking of the Titanic 101 years ago today killed around 1,500 people, and led to vast improvements in shipbuilding… 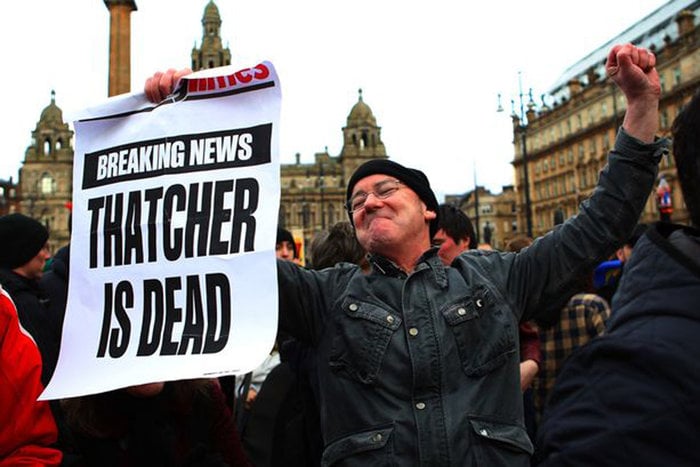