There’s No Shame in YA Fiction—But What About Video Games? 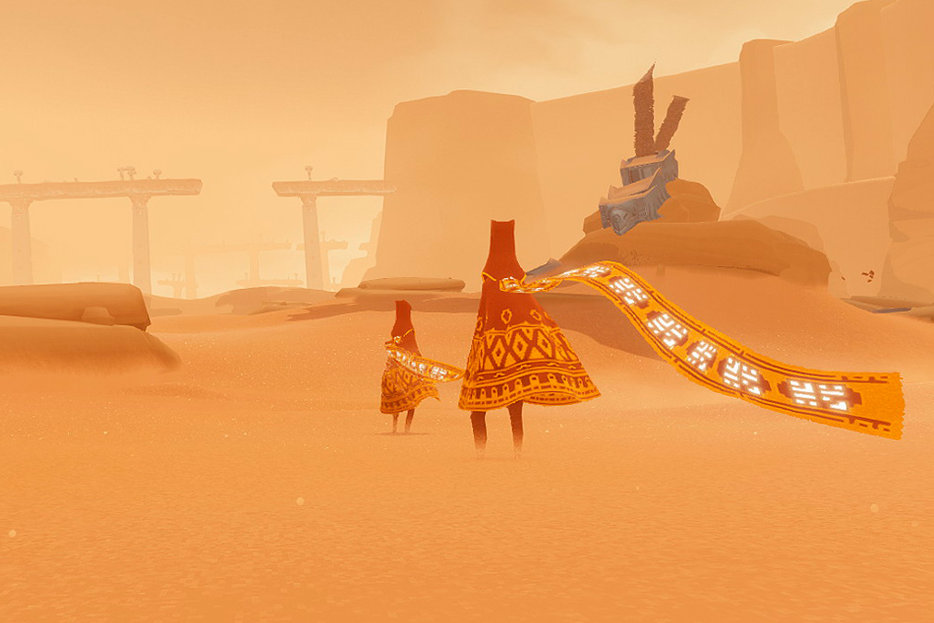 No, you needn’t be ashamed of reading young adult fiction! Such was the resounding reaction to an article by Ruth Graham in Slate last week that insisted adults should feel embarrassed to read The Fault of Our Stars and other books ostensibly aimed at teens. There’s no point in rehashing the debate, as responses were legion and furious—skip them all and just read this brilliant and hilarious one from Kathleen Hale that retorts in the form of Twilight gone wrong.

Still, the vociferousness was understandable. Those immersed in literary culture feel especially under assault these days, and the idea that one would admonish people for actually reading books seemed like rubbing some condescending, fair-trade Himalayan salt into already raw wounds.

Yet, a large part of the reaction stemmed from the idea that being embarrassed of your cultural consumption is itself passé. The postmodern collapse of the high-low distinction was borne of the dual realization that 1) you could extract smart ideas from anything (you just know there are academic papers being written on Keeping Up With The Kardashians­) and 2) the things people said were “low” or “crass” were often given that label because they engaged pleasure or sexuality—or, more simply, other cultures or peoples (one prime example right now being Rihanna).

In one of those funny cosmic coincidences, as this book-world kerfuffle was going on, the world of video gaming was having its loudest, most bombastic show of the year: the Electronic Entertainment Expo, otherwise known as E3. There, things started with a classic guns-and-explosions cacophony and proceed to get worse, as, with only rare exception, the show was filled with the masculine, violent, superficial idiocy we’ve come to expect from mainstream gaming.

The feeling was hard to shake: As an adult in my late thirties who still likes to hop onto my PlayStation or PC for some entertainment, should I feel embarrassed to play video games?

In light of the Young Adult fiction mess, it seems like the answer should be a simple no. Graham’s argument was, after all, relatively easy to dismiss. Beyond the points about the cultural function of YA, or the long history of dismissiveness toward things a privileged few don’t like, I’ve never felt any shame for reading things like Harry Potter (while doing a doctorate in literature, MOM, God!),in no small part because it did nothing to displace my engagement with other fiction, theory, or culture. Even if YA were schlock, what would it matter, when tomorrow’s reading is Heidegger, and that reading anything tends to be looked upon favourably?

Unlike the mere activity of reading, however, the act of “playing” carries no such vaunted cultural cachet. Particularly amongst those who most aggressively defended YA—i.e., book lovers—the idea that video games are worthy of not only respect but intellectual and aesthetic engagement is still one that struggles for acceptance.

To try to sum up video games as a form is too much for a single book, let alone a single blog post. The complexity of what it means to connect with fictional arenas of play composed of multifarious sets of rules, nuanced, complex interactive mechanics, and a vast array of visual and aural landscapes is impossible to distill. There have been endless debates over “whether video games are art,” and they have largely been useless, because it’s the wrong question to ask: games exceed the limits of representational art like painting or film, and non-referential art like instrumental music. Games are an amalgam of many forms, but in the inclusion of interaction, push past the limits of the analytic tools given to critics of literature or sculpture, and demand new ones. They must be considered on their own terms.

If it’s too much to encapsulate what makes games important, however, it helps to start small, in the silly and the abstract. A current rash of small mobile games do much to demonstrate how games can often express cultural trends in mechanics, rather than words or images. The much-discussed Flappy Bird finds, in the fiendish, relentless difficulty of keeping some dumb cartoon bird afloat, a metaphor for life’s squalor. 2048 asks players to constantly compress and digest incoming digits into ever-increasing integers of two; if a more perfect analogy exists for our relationship to digital information, I’ve yet to find it.

This is to say nothing of the vast catalogue of bigger titles of just the past few years that have augmented gaming’s cultural vocabulary, articulating through the act of fictional doing what it means to act in the world. Journey’s serene and achingly nameless socializing posits an alternate mode of interacting with one another; Spec Ops: The Line demands questions about agency and culpability in the midst of war; the brilliant Super Mario Galaxy remains a Miles Davis-esque riff on convention and form, literally turning a genre on its head and asking you to engage in the deeply satisfying delight of novelty after inventive novelty.

All of this is true—and yet, I still feel guilty and embarrassed to tell others that I “game.” Maybe it’s a leftover of having come of age in the time before “nerd chic,” or that, as E3 itself showed, for all games’ brilliance, much of the mainstream stuff is—how should I put this?—shit. But I’d venture that it’s more than that. At the heart of all this is a problem with not only games, or fiction, but with a central condition of the age itself: pleasure.

In her Slate article, Ruth Graham contravened a rule of the times: never criticise the pleasure of others. It’s a good rule. The suppression of pleasure and its relation to the bodily and the sensual has been a means of enforcing harmful social structures for millennia. It sounds strange, but Downton Abbey is actually near perfect at outlining how this works: for all its myriad historical inaccuracies, it lays out well how deeply entwined Victorian notions of propriety still run through our society. From women’s hemlines to gay sex to what is considered appropriate behaviour at formal occasions, we did and still do expend an enormous amount of energy curtailing desire, often to pernicious effect.

Games, we are told anyway, are about pleasure—about the joy of play, about the productive possibilities of not working. We are also told by a whole counterwave of forces that we should embrace pleasure—liberate yourself, indulge, and never feel embarrassed—and so much of it, from feminism, to gay rights, to cultural diversity is unequivocally good. So what’s the problem? Play games, and enjoy. Right?

But what if shame and embarrassment are simply the wrong terms for the right sentiment? After all, unlike in film and literature, whose guilty pleasures can elicit both depth and joy, there are whole categories of games whose sole purpose is to extract either your time or your money. Whether Candy Crush, Real Racing 3, or the multitude of other so-called “free-to-play” games, these are structures built to prey on pleasure, but with little attention paid to quality or depth. If good narrative can be that which sucks you in, sometimes “good” games can simply be those that leave you hooked.

I’d venture that many immersed in “literary culture” would then like to draw a hard, clear line between games that appeal to our reptilian brain and art that appeals to our finer mind. But what if games are simply the bleeding edge of a movement in which fiction uses pleasure to occupy both our time and ideological landscapes? That in relying upon not only a reward system but on the consumption of affective labour, attention, and capital, games are the canary in the coal mine of 21st-century culture? Could we then be so glib about our dismissal of calls to actually suppress something we enjoy?

We are still caught up in an ongoing struggle to liberate our desire and our pleasure from centuries of oppression. It is not yet over, this fight. It happens every day. Unfortunately, as we find ourselves amidst one struggle, another, contradictory one has emerged: the fight to purpose our pleasure as a means of exploitation. For all his many flaws, contemporary philosopher Zizek is right about this: capitalism is at its most effective when it preys upon desire.

Should you feel guilty for playing games or reading YA fiction? No, there is no need to add to one’s shame. Should we wonder, though, whether there might come a day when we will have to suppress our pleasure for our own good? Worse yet, what if that day has already arrived? 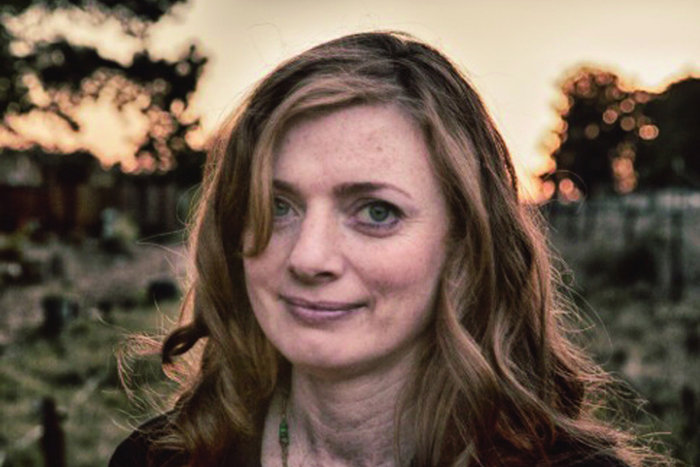 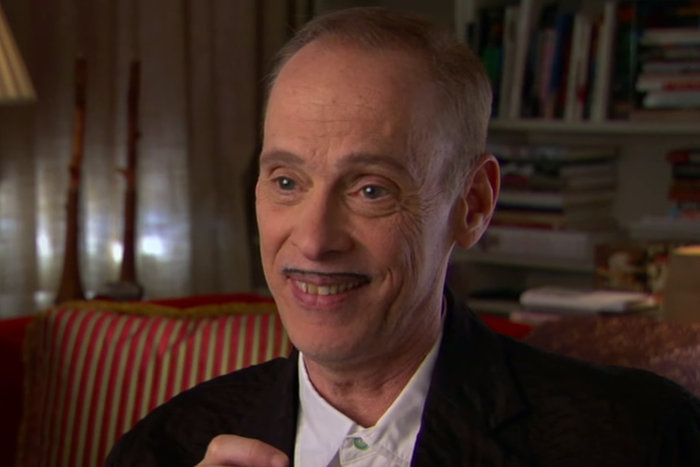 Culture
Cruising for the Real John Waters
John Waters can’t get a film financed, but he’s been making a good living as a “John Waters impersonator.” His latest…