There Is No Garden For Us To Return To 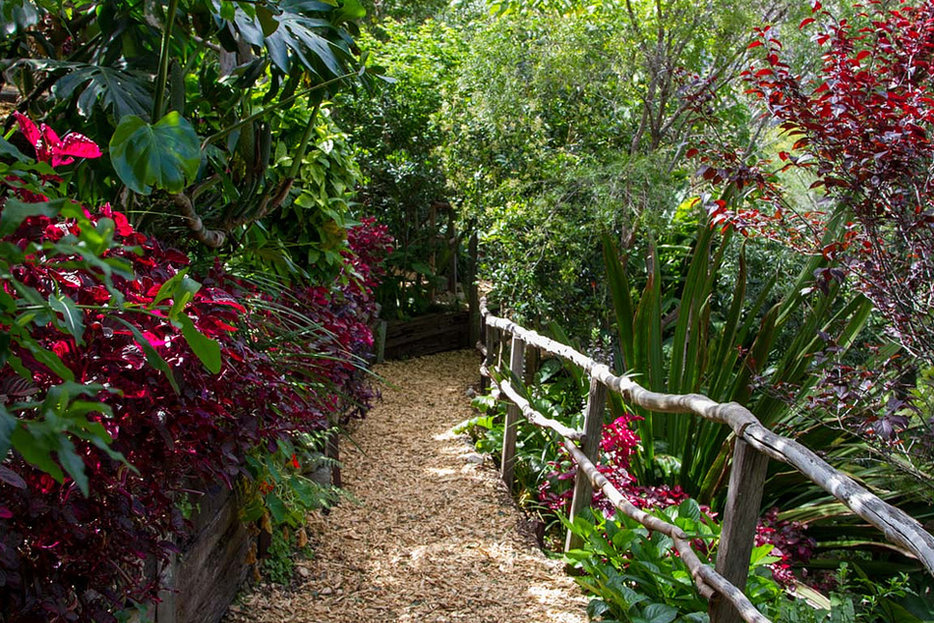 The garden was supposed to be my reprieve. Just over two years ago, parental illness, a graduate degree that has been “almost done” for years, and big-city rent all conspired to, at the decidedly not-young age of 35, send me back home to live with my parents. Though I can hardly call their comfortable suburban home, their generosity, or their affable personalities hardships, I was still searching for an upside—and, for a time anyway, I found relief from the pace of my digital life in the cool, black earth of the family vegetable plot.

I spent much of the summer of 2012 doing what some people call “reconnecting with nature.” I plunged my hands daily into dirt, tending to a garden of tomatoes and chillies, gourds and bitter melon, mint and strawberries. I would marvel at the array of blooms that grew, each arriving at their own time in the annual cycle, adding their distinct hue and tenor to the yard. Of particular note was a delphinium with two different-coloured sets of flowers, one mauve, the other an almost phosphorescent blue. The latter made things especially strange, as the only phosphorescent blue to which I was usually exposed was that of the screen—a glowing object in front of which I spent so much time that I worried the hue of it and my skin were becoming one and the same. Without quite realizing it had happened, there I was, caught in the middle of a cliché I’d resisted for years: giving up technology for the purity of “nature.”

The narrative of reconnection is a compelling one. The feeling that one must reclaim what was lost runs through much of Western culture, starting with Eden and ending, probably, with some editorial that came out yesterday exhorting us all to spend less time using technology and be less distracted. But the more time I spent in an idyllic garden of my own, the more disconnected I started to feel. For all its organic pleasure, my garden is found north of Toronto, far from the bustling urban centre that houses not only the city’s cultural life, but my social one, too. Living a two-hour commute from your friends and possible romantic partners while in a strange limbo period of your life is alienating—as if you are spending your time playing in the dirt while your world, with its book and magazine launches, baby showers, and afternoons spent on the Islands, is moving on without you.

People always say be in the moment, be where you are—put down that phone. But what do you do when where you are isn’t where you want to be? Does “being present” still carry the same ethical imperative?

My own resistance to those calls to just be stemmed from my discovery of the power of a networked life. I started using the web seriously—as a participant rather than an observer—when, at the outset of the long litany of failures that is my life, I first found myself living with my parents again at 27. It was the dawn of the “Web 2.0” age, and I dove in, finding that my personality (bookish, sarcastic) flourished in the witticisms and in-jokes of early Twitter and Facebook. My social media presence followed me around like a holographic shadow, and, more and more, I began to think of my identity as a thing found in the ghostly space between my body and these various personas I constructed online.

For all the myriad benefits, though, the windows through which we access the digital world are ever-updating, forever spitting out something else. Online, novelty grows wild and abundantly, and I, always drawn to the new, found myself tugged and stretched by a feeling to keep on top of all this lush newness. After moving back in with my (quite lovely) folks, it was impossible not to notice that my life had suddenly grown so much smaller, reduced to the moments in which the garden needed watering or errands needed to be run. The infinity of the Internet kept on calling, a stark counterpart to the borders of my prematurely domesticated life. I was torn. On one side was the pleasing circumscription of a garden with neatly delineated ends, a timeless cycle of growth and tending and death. On the other was the desire to constantly engage with something that gave up on the idea of ends altogether.

Yet the distance between the verdant garden and the ceaselessly flickering, electric Internet began to shrink. What was once different became the same. Each required constant attention, a relentless demand that those things arbitrarily deemed weeds be yanked out, and those things that were important—the thinkpiece everyone is talking about, or just the tomatoes—began to blur into one insistent mass that said “look after me.” Digitality, or at least my relationship to it, began to bleed into life. There were no boundaries around anything, infinity was everywhere, and the garden was just one more feed to nurture, one more stream to clip.

Recognizing your life as your life requires boundaries and edges. We draw lines around things, write out lists, and establish priorities to help make sense of an endless world. But with the web as a window, one is more immediately reminded of that endlessness—like forever being in a library filled with incessantly replenished shelves of books you’ll never read. It’s not that there is, in reality, more to do or more to know, but the simple existence of a technology that allows the possibility of “more” means that the psychological effect is to make it seem like one is drowning even if nothing has changed. There is always too much to do, always things that need tying or trimming, plucking or pruning.

To exist in the age of the Internet is to be ever more frequently confronted with the question, “What is important to me?” It is not that an information- and distraction-free Eden once existed and now is lost; it is that the image of a tree-filled landscape in which all our needs are satiated—in which we ourselves are enough for ourselves—feels more seductive, the disparity between the ideal and our lives becoming so marked it has a kind of brutality.

I’m sitting writing this on a warm summer evening. My skin has a light film of perspiration, as I’ve chosen to sit in the garden and immerse myself in the physicality of life, away from the air-conditioned interior. Small insects buzz around the myriad flowers I myself have planted and have watched grow, and at the back of the yard, the zucchini, cilantro, lettuce, and no end of other edible things form a green mass of the organic. It’s all quite delightful. But these two things—my still-cold metal laptop, and a yard of natural growth—neither of them is enough. Both leave me feeling like I’m away from what matters. Maybe that’s just life, or maybe that’s just me. But maybe it’s what that impossible idea of “nature” looks like when it’s augmented by and seen through a digital lens—that sitting in a garden, we will always be asked by some clever creature to abandon our ignorance and know more. 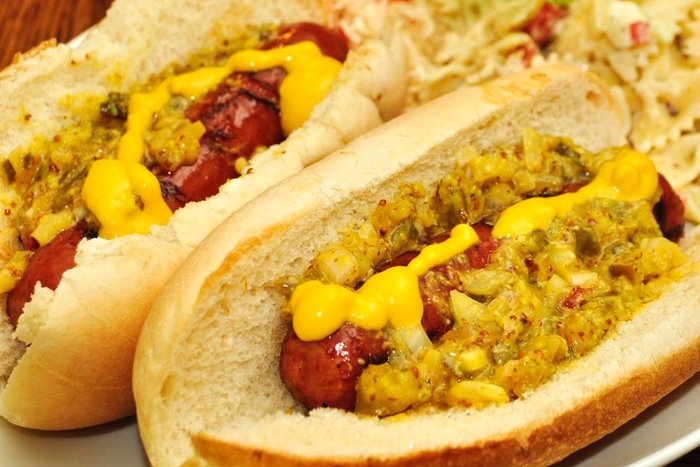 New Tabs
Not All Hot Dogs 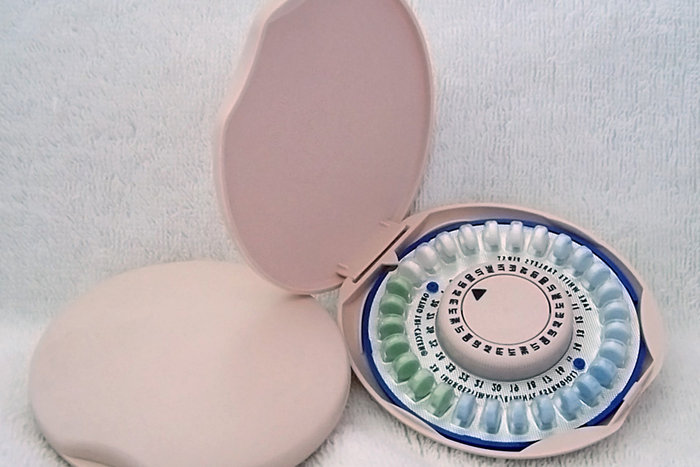 Health
Childless And Miserable
That the pill can lead to depression, even severe depression, is a truism among women who take it. So why is the…