The Secret Art of Talking to Other Humans

Whether at a friend’s birthday party or stark naked in the Nicaraguan jungle, our first conversations with strangers require a complex dance of tentative reveals and elisions. 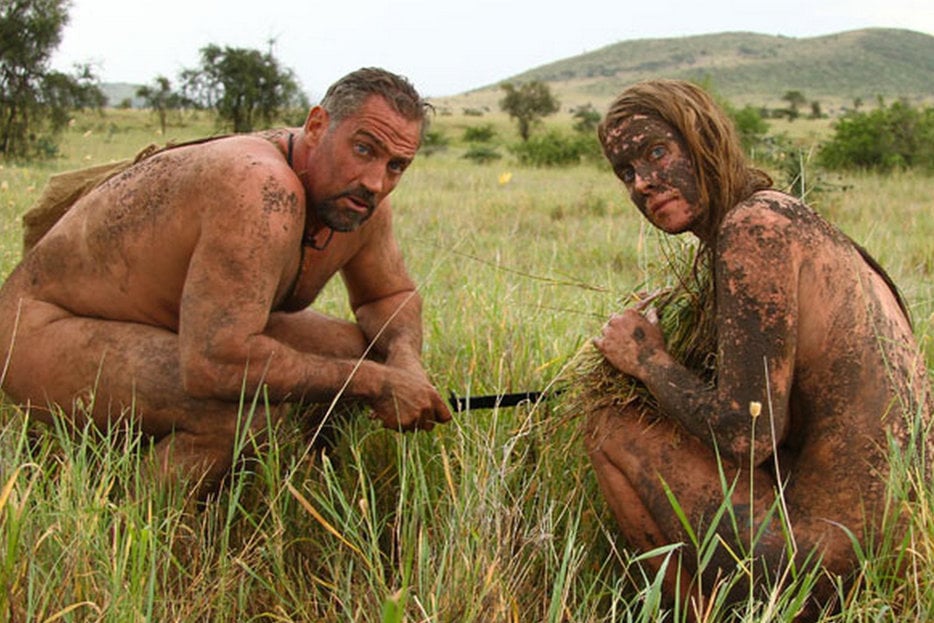 Still from "Naked and Afraid"

We live in a golden age of television. By this I mean that it is possible, at this very moment, to download all three seasons of Naked and Afraid from the comfort of your living room and watch them front-to-back in a surreal, days-long marathon of starving reality TV contestants and far-flung tropical locales and filthy human flesh.

Naked and Afraid is a Discovery Channel show in which a pair of “wilderness survival experts,” one man and one woman, arrive in some awful foreign location, strip completely naked, select a single item each (almost always a hatchet and a firestarter), and then do their best not to die for 21 days.

This bare bones description does not do justice to the human drama on display each week. Do you want high-stakes action? Watch two individuals try to puzzle out whether or not a particular berry will kill them. Do you like cringe comedy? Then enjoy the fight that ensues when a prudish man refuses to spoon his partner despite the fact that their only “shelter” against the frigid Cambodian night is a loose pile of sticks. Do you have any appreciation at all for the indomitability of the human spirit? Witness the unfiltered joy of two mud-splattered, emaciated individuals squatting in some jungle bog savouring a shiny mouthful of roasted python. Do you like butts? There are butts.

Amid this cornucopia of exotic pleasures, the show’s best feature is decidedly more low-key: watching a high-stakes example of two people getting to know one another. Each adventure begins with a set-piece first encounter, as the two naked individuals walk through a secluded forest until finally meeting. What follows is beautifully awkward—the stuttering, shuddering ignition of a new relationship. Inevitably, someone says something like: “How embarrassing, we’re both wearing the same outfit!” Inevitably, they both laugh a little too hard while taking great pains to keep their eyes focused on each other’s faces. Then you watch them tentatively figure out how to become partners.

A first conversation is a fascinating thing. You meet someone at a party or find yourself seated next to the bride’s cousin at a wedding, and suddenly you’re called upon to chart a route towards companionship using your words. A lot of work needs to happen in these first moments. You must quickly gather the basic information required to continue talking. What values can be taken for granted? What assumptions are shared? What subject areas might be touchy?

Norwegian linguistics professor Jan Svennevig has spent years analyzing our conversations, unpacking exactly what happens during those first awkward moments. In a recent study published in the Journal of Language and Social Psychology, Svennevig studied a series of in-the-wild first conversations, deconstructing them with the finicky precision of an alien observer describing basic human behaviour for the first time.

While many earlier studies have used artificial settings or relied on questionnaires, Svennevig stresses that he only analyzes “naturally occurring conversation.” The researcher clipped microphones to people who had a genuine purpose for meeting and would continue to see each other in the future—students who had just joined the editorial board of a campus magazine or people had just begun summer school together.

Svennevig observed the conversationalists getting to know one another in various ways. The most obvious is through direct questions—those “what do you do?”/ “how do you know the host?” interview-style queries you resort to when meeting someone new. Mostly, though, Svennevig is interested in the indirect ways we get to know one another—a complex dance of tentative reveals and elisions, the synchronized steps towards intimacy that mark a successful first encounter.

Svennevig has developed a framework he calls a “self-presentational sequence” that charts the choreography of any socially competent first conversation. The first move, he writes, is a personal question, but not an intimate one, designed to attempt to establish the conversationalist’s “membership in some cultural community.”

The next move is responding to the question, which of course doesn’t simply require answering the question but also suggesting a road the conversation can follow. This asymmetrical pattern can continue for a while, with both individuals taking turns questioning one another. The moment a conversation takes off, however, is when someone makes a “self-oriented comment” that links their partner’s comment back to their own experiences. “Oh, you’re from Moncton?” you say. “What a coincidence, I have an uncle from Moncton who was indicted for animal smuggling.” There: you’ve broken the pattern and opened up new fascinating avenues for discussion.

“The self-oriented comment is a freeing moment in the conversation,” Svennevig writes. “It encourages closeness. Instead of demonstrating interest in the other, they take for granted mutual concern for each other.” It marks the moment you no longer have to constantly solicit information from the other person, nodding encouragingly. Now your solidarity can be taken for granted.

The analysis is fascinating in the way that reading anyone’s careful deconstruction of a seemingly mundane task is fascinating. Svennevig provides charts of conversations, produces names for habits that have always felt instinctual, redefines familiar social niceties in precise academic language (“In our culture the minimal obligation that holds between two acquaintances is reciprocal greeting”). He also suggests that in the best conversations, direct questioning is limited. You learn who someone is obliquely, while chitchatting about traffic (“aha, a fellow cyclist”) ortalking about the weather (“oh, you enjoy blizzards in November, you irascible contrarian”).

In the jungles of Nicaragua or swamps of Louisiana, the Naked and Afraid contestants muddle through their first conversations as best they can. They ask each other where they’re from, what their childhoods were like, what they do when they’re not camping in the jungle.

Mostly, though, they get to know one another by talking about other issues. What kinds of shelters do you know how to build? Does this water smell weird? How do you feel about spooning? 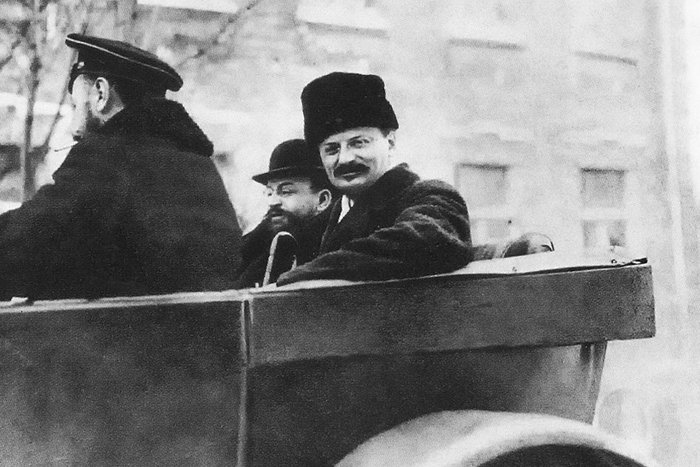 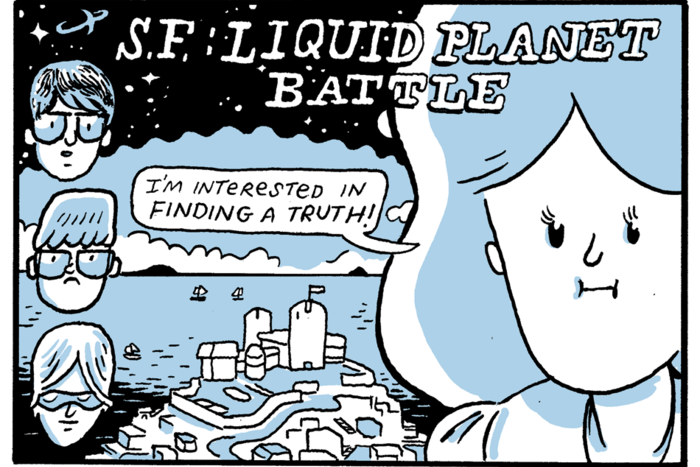