“As in the early Indian novel Anandamath, in which patriotic warriors pay obeisance to India cast as both map and mother, Aish was both synecdoche and sex symbol, metaphor and mater.”

For most of its history, Indian art has never had much time for verisimilitude. One can forget that, here in the West, our obsession with realism is less an inevitability or an achievement than a choice. Most Bollywood viewers don’t leave the cinema saying, “Yes, but the way the scene shifted to the Swiss Alps mid-song didn’t feel quite authentic to me.”

What does it mean, then, that Aishwarya Rai-Bachchan’s face has never seemed particularly real, either? The visage of the ubiquitous Bollywood actress and Miss World winner was, from the start, uncannily like the fanciful faces in Indian painting: the eyes, lined, almost absurdly large and unexpectedly blue, her entire presence seeming hyperreal in its symmetry and—by some definitions, anyway—its doll-like perfection.

But the fact that Aishwarya is beautiful was never quite the point. Which female celebrity isn’t? It is, instead, the half-cartoonish, half-sublime nature of her beauty—that she is so conventionally beautiful it almost seems a little wrong, as if it is an effect of trickery or deception. Or, to deliberately push the absurdity of the claim in the right direction: it’s that her hyperreal face is more beautiful than all the others. She, the Indian woman par excellence, is the most beautiful woman in all the world. “She won Miss World,” millions of Indians said. “We have proof of our worthiness. We are desirable. “

It matters that Aishwarya is so beautiful not because—surprise—here is another impossibly pretty Bollywood starlet with fair skin and milk-bowl eyes; it matters because it gave the burgeoning cause of modern Indian nationalism its ideal mother/whore figure. As in the early Indian novel Anandamath, in which patriotic warriors pay obeisance to India cast as both map and mother, Aish was both synecdoche and sex symbol, metaphor and mater.

I use the past tense, however, because after literally becoming a mother—having married, seemingly inevitably, the sonof India’s most famous actor—Mrs. Rai-Bachchan did what many women do: gained weight. That flawless face became more human. To India, however, it meant the illusion of her impossible perfection was shattered. Reality crept in, and the excoriation Aish received in the Indian press and online was a riot of misogyny, schadenfreude, and cruelty.

Taken one way, it was run of the mill sexism, just another famous woman held to impossible standards. Yet, in another sense, perhaps it is fitting that this image of twentieth-century perfection forced a certain kind of realism on the country that adored her: for a brief time, too many Indians were lost in the dream that their land had “become fully modern,” forgetting the corruption, the lagging infrastructure, the millions still in poverty—but also whose definition of modern to which they were actually aspiring.

Now, even though Aish is set to make a comeback, Indian film too is inching its way toward a new, different “reality”. Once-forbidden kissing is making its way into mainstream cinema, as are not-so-gentle insinuations of one-night stands, pre-marital sex, drugs, and drinking—and maybe most importantly, individualism. The image of a modernizing India is not only the tech worker in Bangalore, or the stylish clubber in Mumbai, but is also found in things like the films of Maneesh Sharma, whose work is full of young, independent people struggling with growing up outside the familiar structures of family and faith. Instead of Aish’s angelic, self-negating flawlessness in Guzaarish, there is the complicated, troubled love like that in Sharma’s Shuddh Desi Romance.

Can reality impinging on the fetishized face of a relentlessly objectified movie star connote a nation’s lost innocence? Of course not. For one, India , like all countries, was never truly innocent. All the same, in the strange sublimity of Aishwarya’s countenance was a nation’s dream and desire—that it too could take its place on the aspirational horizon of a world that, already, seems to have disappeared behind the opaque veil of the last century. 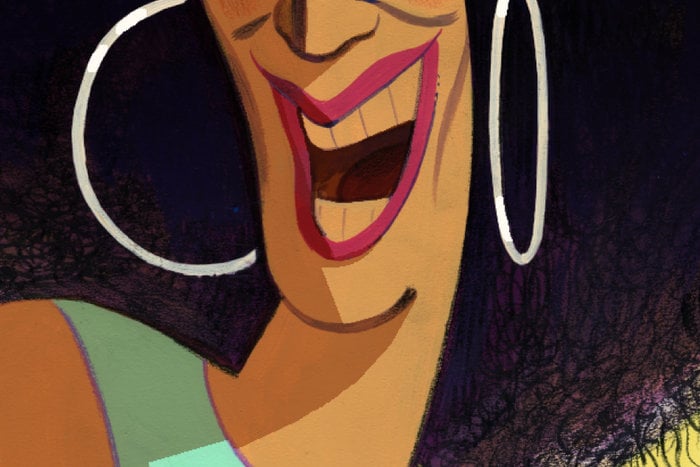 Notable Mugs
Notable Mugs: Tracee Ellis Ross
“What one sees in Ross’s eyes is unrelenting laughter, the most incendiary form of nonviolent protest to which a face… 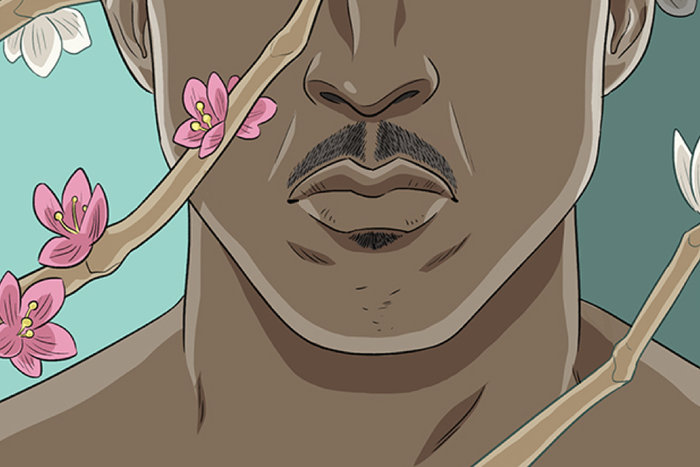 Notable Mugs
Notable Mugs: Michael K. Williams
“The slash defines as much as it obscures.”