IFOA Diary #3: From Irvine Welsh to Beatrice MacNeil, and What Makes a National Literature 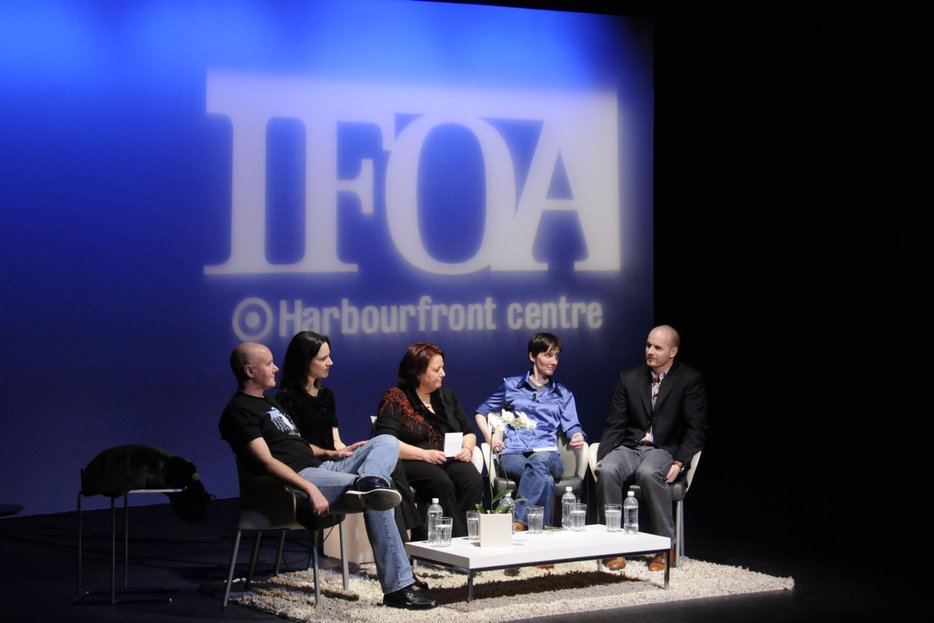 I have decided to sit in the very front row, mostly so that I’ll have a new vantage point in what has started to feel like a very familiar room. I march down to the front and turn my back on the house. The stage fills my field of vision, and as the audience trickles in I realize that at least three rows behind me are empty. I suddenly suffer an irrational fear that the panelists will be able to see me and that they’ll think I’m strange, or that I ‘ll somehow throw them off their “A” Game. I suppress these thoughts, and the lights dim.

The panelists, James Grainger tells the few of us scattered about the house, are Beatrice MacNeil, from Cape Breton, Nova Scotia; Liam Card, from Port Elgin, Ontario, Kristel Thornell, from Sydney, Australia; Irvine Welsh, from Edinburgh, Scotland; and A.L. Kennedy, who was born in Dundee but currently lives in Glasgow, Scotland. There aren’t any novelists from the U.S. or England on the panel, though their absence makes perfect sense; other English speaking countries define their literature against these twin behemoths.

Grainger makes his opening remarks and quotes from Margaret Atwood’s Survival, which he waggishly cites as “the bible of Canadian nationalism in literature,” then wonders aloud if there is actually a movement away from nationalist literature toward something defined as even more regional. He asks MacNeil whether she’s more of a Canadian or Cape Breton novelist. “Yes indeed,” she says, and I think she’s poking fun of the facile nature of the distinction. She points out that Cape Breton is in Canada, and she’s Canadian, so she’s very much a Canadian novelist, and also a Cape Breton novelist, too.

Liam Card—whose debut novel Exit Papers From Paradise is set in Michigan, of all places—jumps in to say that he would hope that being a Canadian writer has to do with much more than a novel’s setting. Because Canadians come from all over the world, and so set their novels in a plethora of places, Card says it would be disingenuous to exclude a Canadian book from the conversation about national literature based on setting alone. “Hopefully,” he says, “it can be about the quality of storytelling.” For a too long split second it seems as if the audience is considering applause, but decides against it, caught between our Canadian unflappable politeness and the Canadian impulse to cheer the inclusive idea of our much mythologized multicultural mosaic.

Once the Scots pipe up, my own nascent nationalism starts to sting; they completely steal the show. Welsh describes coming up alongside Kennedy, and the seemingly global recognition they were afforded. He talks about being featured by the New York Times alongside a host of his peers. Such good fortune would never today befall the most talented batch of Scotland’s contemporary writers, he says as Kennedy nods in agreement. Welsh goes on to say that “the postwar idea of internationalism is very disappointing.” In the end, so he argues, it becomes too much a matter of the market’s interfering with culture. The publishing model relies too heavily on best sellers, so “the market is causing writers to self-censor,” Welsh laments. “You get things that are easily saleable.”

Kennedy corroborates his point, describing how “you can see the dead hand of publishing” on the Granta and New Yorker best 20 under 40 lists. When Grainger tries to press her into taking a firm position on the importance of regional literature, she comes back by describing how her earliest reading experiences were rooted in a different sort of desire for recognition: “I wasn’t worried about my Scottishness, I was worried that, Oh my God, I’m freak!” The audience laughs, and now we’re all sitting there, right in the palm of her hand. The most influential reading experiences, she said, made her feel like “these people are as weird as I am.”

Though the panelists are generally ambivalent about the importance of literally writing in the place one writes about, they all seem to agree that a degree of distance—physical or temporal—can make it easier to fully inhabit the space of a novel. Kennedy closes the panel and brings down the half full house, telling us that she thinks “the idea of writing is not ‘when in Rome be a Roman.’ It’s more, ‘decide you’re a Roman and convince the person that they’re a Roman.’” The real point, she adds, is that a writer should be “coming from the impossible!”

As the house lights are raised again, and the panelists mill about the stage shaking hands, I mull over what it means that the Scots so clearly had the best things to say at the Nationalist Literature round table. Why couldn’t I have felt such a deep-seated surge of “Yes!” when my own country folk were talking? Then I remember that my Grandpa was born in Pittenweem, just 25 miles south from Kennedy’s Dundee and even though it’s silly, I start to feel just a little better. 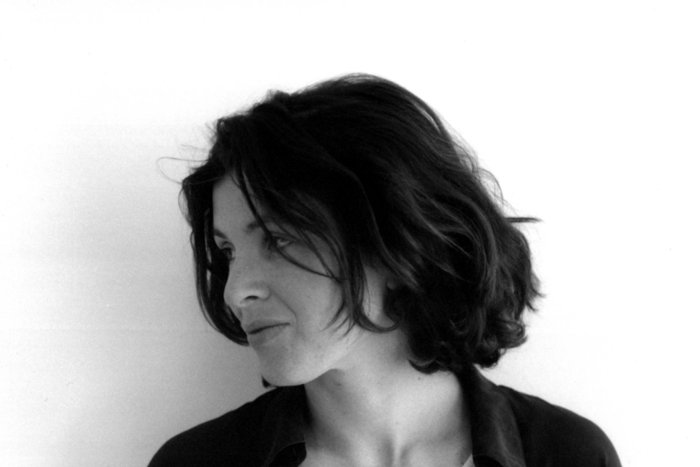 Guest Blog
On Marriage, Motherhood and Freedom: Rachel Cusk and Her Furies 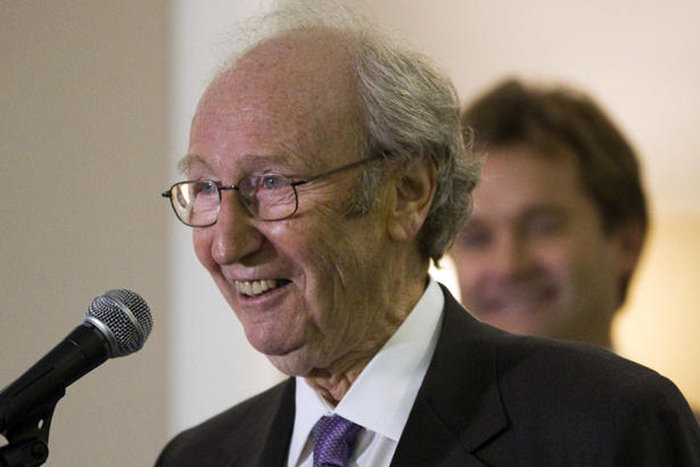