Making Something Out of Garbage: The Craft Behind Type Books’ Storefronts 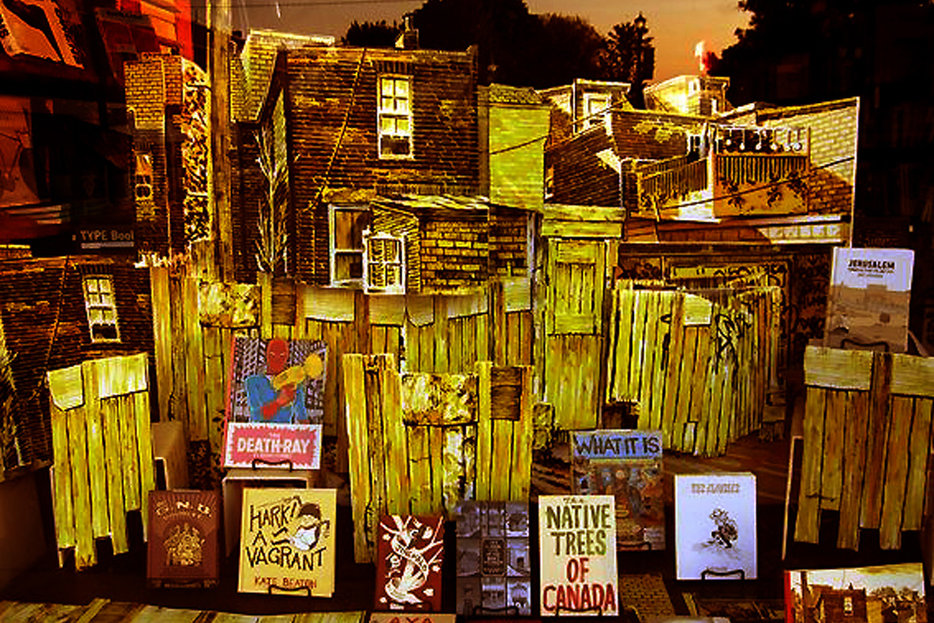 As big-box businesses continue to crowd Toronto’s Queen Street West, fewer and fewer strongholds remain. Increasingly, you’ll find the gleaming, homogenous façades of new chain stores settling in next to independent retailers in a sort of insidious gussying-up of the commercial strip. There is one largely unsullied stretch, though, right around Trinity Bellwoods Park, and in the middle of it sits Type Books.

Type, which has been around since 2006, is special not just because it’s a bookstore—a modest emporium that puts a premium on the printed word in a halogen megamall world—but because it feels like a part of its local community. Before setting foot in the store, the window calls out to you. In the past year, Kalpna Patel, a part-time Type employee and avid craftician who is bewilderingly adept at multi-tasking, has transformed the storefront into a talking point for flaneurs, artists, readers and Instagrammers.

“Hazel Meyer was doing the windows and when she’d be out of town doing artist residencies or working as part of her general art practice I’d step in. So when she left it turned into… I just started doing them,” explains Patel, who also runs her own small business (a jewelry line, Old Weston), and works with the Junction Flea, City of Craft and Academy of the Impossible.

“Meyer would draw and paint a lot, but my stuff is more dimensional. Every single thing is handmade, so even though I could buy a bunch of bunnies at Dollarama and hang them in the window, I’d rather make them from papier mache,” says Patel. “Everything is recycled and, actually, most windows have been made out of garbage because we don’t have a huge budget. That’s my challenge now—to start with absolutely nothing.”

Patel has strewn cassette tape over boomboxes to commemorate the 2010 launch of The Anthology of Rap (“that window really got a lot of people into the store”), 3D-rendered a Toronto alley referencing an illustration from Michael Cho’s Back Alleys & Urban Landscapes, and hung pom-poms, kites and rain clouds in the window, “just for fun.” Not including planning and prep, each display takes her about 25 hours to construct and the duration of her Type book-selling shift to install.

Part of the appeal of Patel’s work with the Type window is that it’s really a craftsperson’s approach: she’s had no formal training in window dressing. “People ask if I have some kind of degree or education in doing this, and I don’t,” she says, “but that’s why it’s important and awesome to me. And it makes what I do, and the bookstore, accessible.”

Photo Credit: Display for the launch of Michael Cho’s Back Alleys and Urban Landscapes 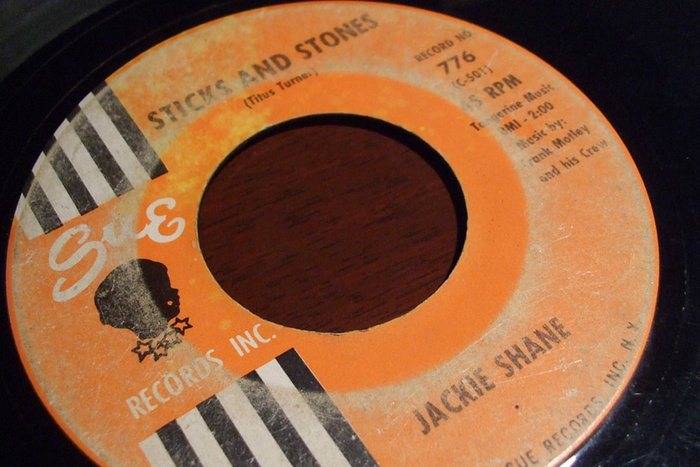 Music
‘I Bet Your Mama Was a Tent-Show Queen’
Fifty years ago, a gay, cross-dressing, black singer named Jackie Shane scored a surprise radio hit in what was then… 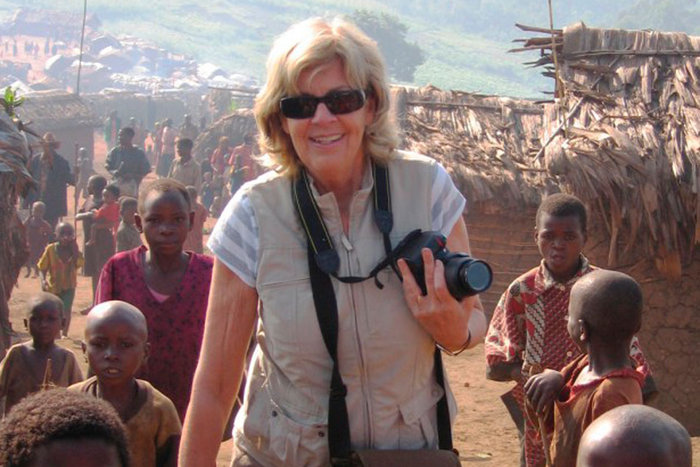 Books
“I’ve ruined a few dinner parties”: On Sally Armstrong and The Ascent of Women