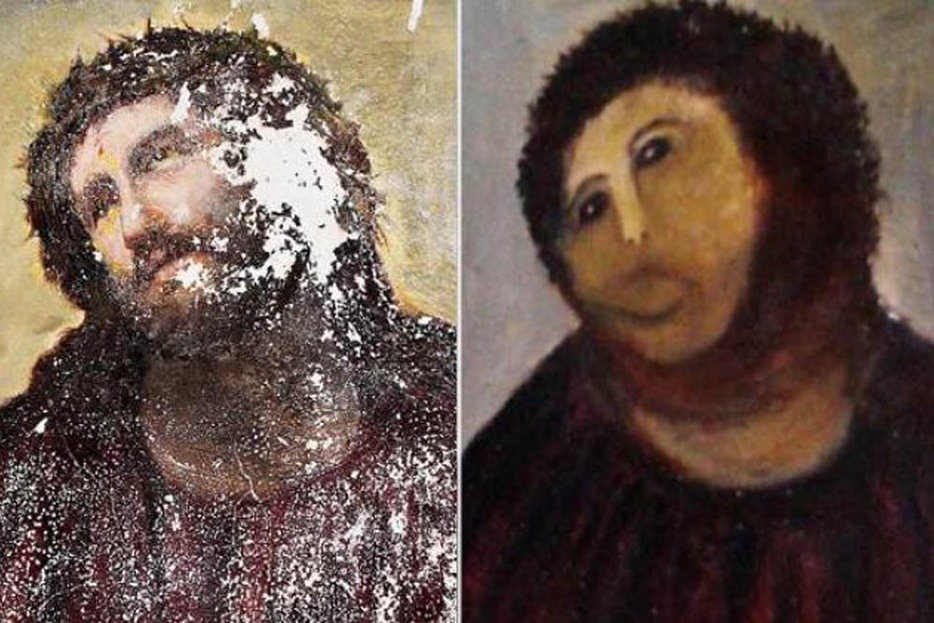 First, to the Spanish Jesus crisis. Some people like to say you’ve either got “it” or you don’t. In this case, “it” is training in art restoration, and the person who definitely doesn’t have “it” is 81-year-old Cecelia Gimenez. As you know, Gimenez is the elderly Spanish butterfingers who made international headlines for completely murdering the century-old fresco of Jesus she was trying restore, transforming Elías García Martínez’s forgettable, humdrum image of Jesus as a suffering, all-too human Messiah into a swirly-faced, monkey-like fellow dressed in a baggy suit.

Some believers have accused Gimenez of blasphemy, and my heart goes out to them. Now that this Jesus painting is ruined, there are only about 12 billion other Jesus paintings left for them to gawk at like peasants. Perhaps most blasphemously, Gimenez’s efforts have made Martinez’s work the most famous Jesus painting on the planet, eclipsing both The Last Supper and Christ Descending a Staircase in popularity. In other words, Cecelia Gimenez is art’s new “It Girl.”

We move now from religion to royalty, because it’s the year 2012. Prince Harry is in hot water again, and this time it’s not for drugs, dressing up like a Nazi, saying racist things, or attacking photographers. This time, Hedonistic Harry’s in Royal fudge for being photographed naked while partying it up in Sin City. Way to go, medium of photography.

From what I can tell, the Queen wasn’t in the room at the time. Nonetheless, these photos are troubling. How could the young, spoiled product of centuries of inbreeding, debauchery, and unmerited privilege sink so low? How did a man who can afford the finest clothes in the land end up so utterly naked? Because, like so many of his kind, Prince Harry fell victim to the seductive charms of strip billiards.

Yes, strip billiards: the wildly popular game that has ruined the lives of some of history’s finest noblemen, from Ivan the Terrible all the way down to King Diamond. How many more royals will be torn asunder by the so-called “Demon’s balls” before the world’s kings and queens rally together to stamp them out?

It’s tough deciding which bag of garbage is the least garbagey, but I declare Cecelia Gimenez’s Jesus to be this week’s champion. The only thing keeping me from drowning myself in the toilet is the friendly, encouraging face of Monkey Jesus. “Come play with me!” he seems to say through his furry swirl-mouth. Sure, why not. He’s fun. He’s young. And he’s now. 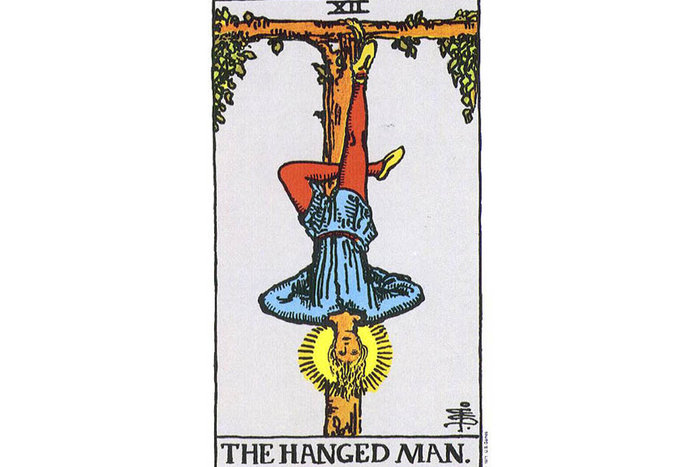