How Do I Tell My Roommate She Needs To Flush? 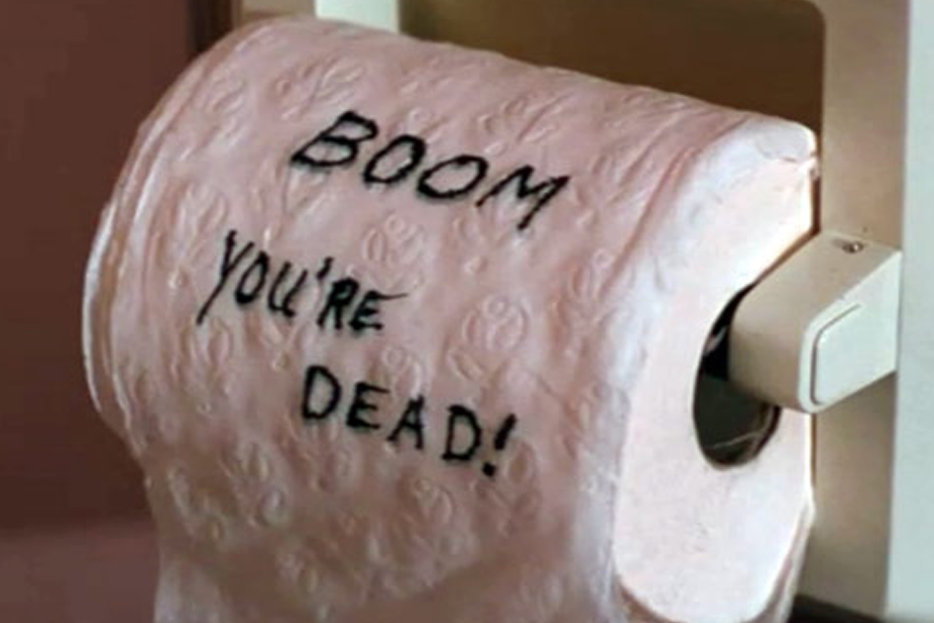 The best and worst advice I have ever gotten has always come from my father. In the seventh grade, I told him about a girl who was bullying me, and he calmly suggested I just punch her in the face, which I did, and was promptly suspended. On one hand, it worked, but on the other, I was suspended. But the point is: it worked.

Perhaps my dad’s favourite thing to do is to tell other people what to do, so I’ve asked him to help me answer some of your burning questions. (He picked up the phone and immediately said, “Idle hands are the Devil’s handiwork” which is not an uncommon way for him to greet anyone.)

He is exhausting, and he is here to fix what you can’t.

There is someone in my unreasonably small office who insists on walking slowly while dragging her feet. All day. Flats, runners, flip flops (oh god no), every single day, dragging her feet. How do I tell someone to stop walking the way they’ve been walking their whole life because it annoys me, ruler of all worlds, as well as most other people in my office? (Yes, we’ve all talked about it.) Or do I just continue chewing my nails down to the bone? Please help.

First, let’s start with whatever reasoned, logical explanation my 64-year-old 135-pound 5’4 Hindu Kashmiri immigrant father may have for this behavior:

Have her check her Vitamin B12. She may have had a touch of polio when she was young. Check out where she was born. There are some places that may not have inoculations, like the northwest frontier in Pakistan—

You know what? Maybe I should start instead.

Take a second to think about what kind of conversation you could possibly have with this coworker about her inability to lift her feet when she trudges from office kitchen to office bathroom to office desk. How would you explain to her that this is obnoxious to you for intangible (at best) reasons? “I don’t like the way you walk,” is one way to phrase it, I suppose, another being, “If you don’t lift your goddamn Birkenstocks off the ground when you insist upon being anywhere near me, I will chop your legs off and beat you to death with them.” So you can see, my dear, there is no way to handle this with any grace. You will always come off as a monster.

Coworkers deserve death. But in the event that you cannot kill them because of technicalities like not being stronger than them or legality, you need to buy a pair of headphones and just keep your head down.

Working at an office means tolerating the whims and quirks of people who would otherwise be required to live behind concrete fences surrounded by a ring of fire with shock collars around their necks that prevent them from joining the rest of polite society. I used to work with a woman who would go to the bathroom and wash her hands by turning on the faucet, AND JUST STAND THERE. It was like she believed getting the essence of the water was enough to sanitize her disgusting fingers.

Coworkers deserve death. But in the event that you cannot kill them because of technicalities like not being stronger than them or legality, you need to buy a pair of headphones and just keep your head down.

But if you can’t take my word for it, here’s my dad:

It may be that she is plain lazy and does not want to get to the task as quickly as you, or the other anal-retentive people in the office. She does not have to prove anything to anybody. Give her a card from a good podiatrist. Life is full of inconsistencies and annoying people. Chillax, will you?

I recently moved into an apartment I found on Craigslist, where my roommate (whose place it is) is a woman in her mid-20s (I am a man, also in my mid-20s). She was wary of having a guy for a roommate, but I assured her I was a clean and quiet and respectful human.

As it turns out, we don’t see much of each other: she works in the morning, my shifts don’t start until the afternoon, and the girl I’ve started dating lives close by, so I’ll often go by her place after work anyway, then just go home to shower before work, after my roommate’s already left. The problem is that my roommate keeps leaving poop in the toilet. (Hers, I’m assuming.)

I was prepared to give her the benefit of the doubt the first couple times—who doesn’t occasionally take a poo, wait to flush until after you take a shower, and then forget? Mistakes happen. But it keeps happening, well over a dozen times now, and it is no accident—it’s starting to feel aggressive. I get the impression that this girl wanted a roommate who would also become a good friend—which, as explained above, does not really seem to be in the cards, scheduling-wise—and this is her retaliation. I guess I don’t blame her for being bummed about the way that worked out, but what are my options here? We don’t really know each other well enough for me to ask her to please flush her poop away, and I’ve got six months left on my lease.

Should I be resigned to this person trying to smoke me out of an apartment I pay good money for, and in which I am a tidy and responsible roommate, if not a particularly present one? If I stopped flushing the toilet after going to the bathroom, I would probably be arrested, and rightfully so. Is there any conceivable way in which I can approach this person about her passive-aggressive poop loitering?

— Down in the Dumps

I’ll tell you one thing, Papa Koul does not entertain public poop talk. He hates it. It may be the thing he finds the least respectable, with perhaps the exception of anything having to do with the human vagina. (When my sister-in-law was in labour, I asked him if she was dilated and he hung up instead of answering me.) So if he yells at you, at least know that I warned you.

The next time you have a second, leave a note atop the toilet tank that says something like, “If it’s yellow, let it mellow / if it’s brown, flush it down / or else off to the gulags with you.”

I, however, am delighted by this question because it is insane. How did you find this roommate? Did the last person move out because she gathered all the hair from her hairbrush over the course of a year and then intentionally clogged the bathtub drain with it? Did she dig old food out of the garbage and put it back in the fridge? Did she spit her toothpaste out on the side of the sink until it hardened, gave the piles names, treated them like her family, and turned against anyone who dared scrub them off the porcelain?

WHO IS THIS UNBELIEVABLE ANIMAL??

Let’s assume, for the sake of my father’s blood pressure, that your roommate is legitimately forgetting to flush the toilet. Maybe give her some grace and say something about how weird it is that your toilet has been “backing up,” and ask her to keep an eye on it. Suggest calling your landlord. Be really cool about this very horrendous thing she is doing. Hopefully it will embarrass her and appeal to her sense of propriety, and she will stop doing it, if she is indeed doing it on purpose.

Should that not be sufficient, tell your roommate that she has been leaving her poops in the toilet and she needs to stop it because it is your toilet too. Then look for a new apartment.

My father, additionally, has some tips:

Listen, I’m not a medical doctor. I just answer these vacuous problems. Tell her, “Either you start flushing or get the hell out. Go live somewhere where there are communal latrines.” Where did this person grow up? That is plain disgusting. If I were this fellow, I would go apocalyptic. I still get nightmares from having lived for the first 30-odd years of my life in India.

Either you move or suggest her to go to the wilderness, as roughly more than half of the world population goes, if she allows you to pay a bit more of the rent. That woman who does this could be suffering a crisis of abundance. She doesn’t realize how some people don’t have access to indoor plumbing! You can only conserve water with the yellow matter. Not with the brown matter. What do you call that? With the pee, you can leave it there. Though it leaves a ring. She should be sent to the gulags.

The next time you have a second, leave a note atop the toilet tank that says something like, “If it’s yellow, let it mellow / if it’s brown, flush it down / or else off to the gulags with you.”

What do I do if I think my sister-in-law doesn’t like me? I don’t think my sister-in-law likes me. She married my brother a few years ago, and at first, I thought she was just kind of shy. Now I’m noticing that she’s maybe just a jerk. Should I talk to her about it, or just leave it alone and hope that their kid likes me more than she does?

Is your sister-in-law a jerk-bag to everyone in your family? Or is it just you? It’s possible that she doesn’t feel welcome on your side of the family, and is mirroring behavior she’s dealt with.

The key to resolving this is determining how close you are with your brother. If you two are relatively close, explain that you’re feeling some tension. It’s his responsibility to facilitate a relationship between you and his wife. If you’re not close (or if he is a coward), then go over his head and try to be friends with her. Ask her out to lunch or suggest you see a movie or get her real drunk and see if she is into karaoke or bowling or street fighting and pretend to like some of her hobbies for the sake of family unity. And if this still doesn’t work, there is always more garbage advice from my dear father, with a daughter-in-law of his own, whom I assume he does not hate:

The operative word is, “in-law.” They are not supposed to like you or feign to like you. For god’s sake, don’t even think the kids are going to like you unless you have something to offer them. Parents don’t even like their children. They placate them: in their heart of hearts they think, “What kind of a child do I have?” What will her brother do? He’s not going to—do you have a cold? You have a sonorous voice—he’s not going do anything. Her brother will tell her to go poop in the jungle somewhere. He’s quote-unquote found his quote-unquote life-something. Soul-something? Soulmate?

Please write back if you need the name of a good pound. 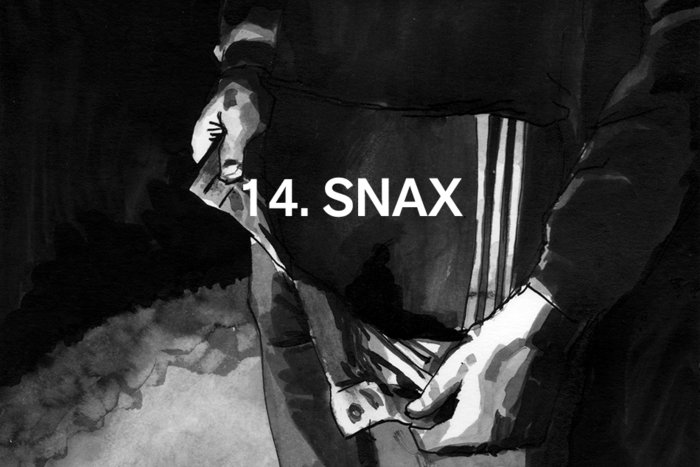 Comics
A Berlin Diary: Snax
“Adidas is fetish. Nike is not fetish.” And so begins Sholem’s visit to the infamous Snax fetish night. 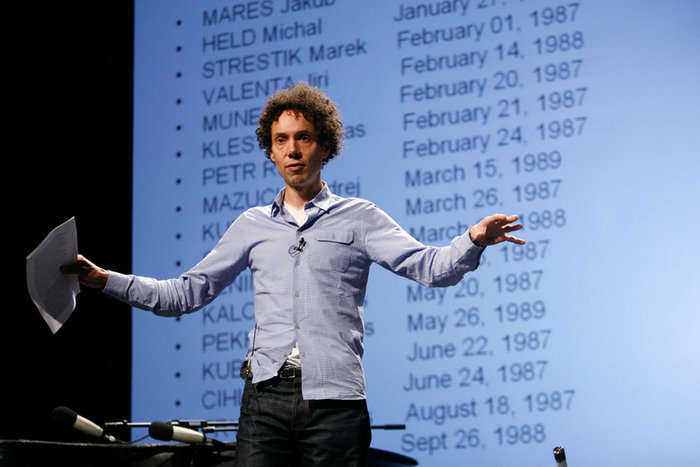 New Tabs
Should You Be Tweeting? (Definitely Not)