How Do I Stop Crying During Oral Sex? 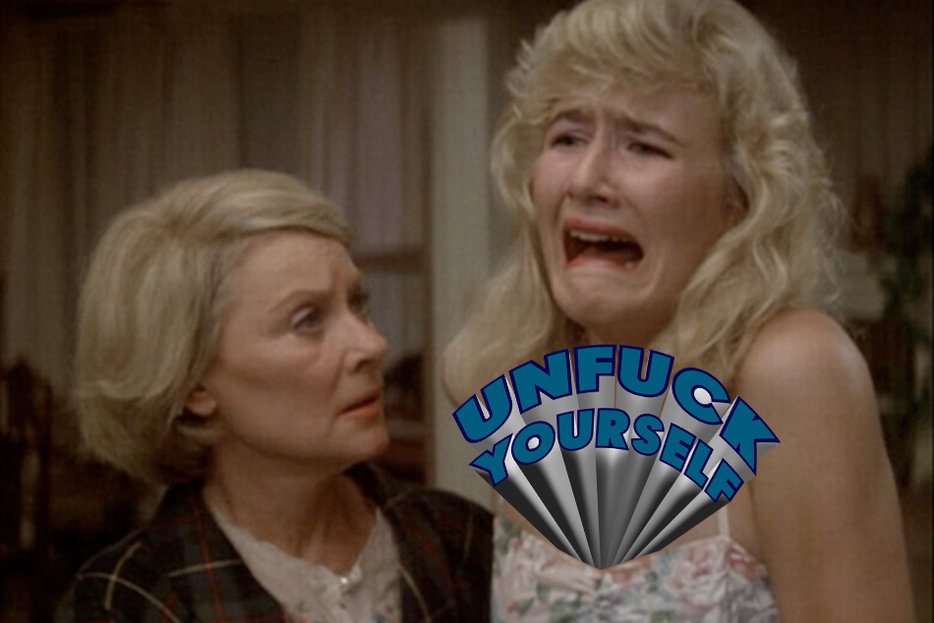 Haven’t we all, at some point, been Solange? We go to a party or a wedding or a church retreat just a bit too loaded and sporting heels that hurt our feet. It’s fine and fun until that third or fifth or 12th shot of Southern Comfort and then poof, you’re screaming and smashing your clutch against the head of your very famous, very rich, very restrained brother-in-law.

I mean, I assume this is what happened. I don’t actually care what the truth is. All that matters to me is the version that I believe to be true, which is that Solange is an aggressive drunk, Jay Z was prodding her about not being as talented and successful as her sister (RUDE), and that this is my favourite news story of 2014 thus far. She kicked him in an elevator after the Met Ball! Beyoncé was wearing a beaded veil and just stood there!

For most of us, the morning after getting drunk and pushy is an uncomfortable one. A few birthdays ago, I went to a bar that served liter-sized beers in giant boot-shaped glasses that you were allowed to keep. Allegedly, I tried to hit my boyfriend in the face with my memento at two in the morning while he carried me back home. (I say allegedly because neither I nor any other witnesses can remember and for all I know, he’s lying for sympathy.) Now, did he deserve it? Of course! Am I sorry that I did it? Not really. But should I have done it? No, probably not.

So when you wake up the next morning after doing something stupid, either hitting someone you love because you cleaned off the surface of a mirror with your nose, or filling his bathtub with your vomit before screaming, “No, get out, GET OUT, DON’T LOOK AT ME” when he’s just trying to wipe your face and put you in bed, the best thing to do is feel the humiliation. Tuck your tail between your legs, be bashful, apologize profusely, and hope they forgive you because they love you. If none of that works, buy them something very nice and very expensive, in direct proportion to exactly how much vomit you may or may not have left in their bathroom.

Let’s get to it, Beyoncés and Solanges of the world.

Here’s a thing: every time I perform oral sex on a guy, I start to cry. No matter how many times I try, no matter the guy, I can only make it about half a minute before sobbing uncontrollably. I’m a single woman in my early thirties, with what I’d call a pretty average sexual history, I think? I’ve had fairly good luck dating guys who treat me well and am pretty open to trying new things (what’s a little light bondage between friends?). It’s just this reflex kicks in, and all of a sudden I’m weeping, and it takes me a minute or two to snap out of it. Now, I’ve been with the same guy for six months or so, and every once in a while I’ll make an effort to try it again, and he’ll just shut me down—which I can’t help but take as a blow to the ego, despite the fact that he’s really just being polite, considering the extreme likelihood that, if he doesn’t stop me, I’ll be crying in front of his penis in a few seconds. Is this normal? Does this happen to other people? What are the chances I’ll ever be able to give a normal blowjob that doesn’t end abruptly with me in tears?

I’m not a huge cryer. The last big, heavy cry I had was when I saw the newest RoboCop movie, and also, every time after that when I have tried to so much as talk about the new RoboCop movie. It’s that good. All of this is to say, we each have different triggers.

Look, no judgment—though the thought of you burying your face between the legs of someone you ostensibly like and sobbing is troubling. I don’t know if it’s “normal,” but very little in the realm of sex falls under the category of normal. To each their own, boo.

And because I have absolutely no idea how to solve this (I, for one, prefer my sexual intercourse to be done silently, in the dark, preferably between a hole cut out of a sheet of steel wool), I have asked someone else for you. Cory Silverberg is a sex therapist and author of What Makes a Baby.

First, it might help for you to zero in on exactly what’s making you cry. “If it’s sadness,” Silverberg says, “there is a phenomenon called post-coital tristesse, which often includes crying. But it is usually afterwards. Lots of people cry after having an orgasm.” But since you’re crying because of an act and not, say, a physical response, it seems like this is more emotional or psychological in nature.

Silverberg says he leans towards you talking to someone and figuring it out—it might lead to some hidden memories that you’re not accessing right now. Or, at the very least, you might learn some other things you’re into.

As for the current boyfriend, tell him you’re working on it and ask him to be patient with you. There are plenty of other things you can distract him with. Aren’t teens rubbing lip balm on their eyelids to get high? I don’t know, maybe try that.

I was reading this article about that black high school student in Sutton, Ontario, beat by his classmates in an obvious hate crime. I was surprised to see the ignorant response of some of the town folk, people claiming that the attack didn’t have racial overtones, and that it only made news because it’s a black kid. The whole thing reminded me of my Western hometown, where these opinions are pretty common. So I guess my question is, when I’m faced with this sort of ignorance from my family or from old friends, how do I handle it without ruining dinner or throwing gravy into their faces?

— Trying To Be Nice

Years back, I met a girl in school and we became fast friends. Then, one day she told me she didn’t believe in getting children vaccinated. I had spent three years hanging out with this woman, bonding with her, rubbing her back while she drunkenly cried in bars over some guy, and then this came out. It turned out she was an idiot the whole time.

Here’s the nice thing about your friends: you get to choose them. Ignorance is fine—plenty of people are ignorant—but if your friends are unwilling to develop beyond that initial state of ignorance, it’s time for you to make new friends.

Your family, however, is a more complicated beast. I also come from a big-and-small-c conservative hometown, so I’m familiar with the experience of returning home and hearing a family member whisper about someone else’s daughter dating “a very large black man.” This is frustrating, but making a fuss at the dinner table rarely gets you anything—you run a greater risk of coming off as a bigger asshole than the relative.

If you can, ignore it. Arguing with an idiot gets you nowhere and it’s unlikely you’ll feel any vindication. Walk away, avoid speaking with this person, or just calmly say, “I disagree,” before eating all your feelings at Thanksgiving.

But if you can’t, and you absolutely must say something, then try to do it privately so as to not drag everyone else into a fight they may not be interested in engaging with. That way, you’re having a conversation, not putting on a show in front of people trying to enjoy their dinner—just be prepared to gain little of the satisfaction that comes from publicly shaming the dinks among us.

Unless the family member is directly insulting your wife, your child, or yourself, it might be easier to wait until they die. If you can’t wait until then, restrict your visits home to Christmas, Easter, and National Eye Exam Month.

I recently met someone who I really like, and I think he likes me too. We get along great and have tons in common—literally everything from our penchant for marijuana to our indecisiveness. But I’m worried it might be too much like dating myself. Like me, he takes too long to answer my texts, doesn’t display open enthusiasm for going out with me, and probably smokes far too much weed. Should I continue pursuing this or find someone who will help me grow and develop as a person?

— Too Much Of A Good Thing?

Okay, first of all, this is an amazing problem to have: to like someone and have them like you back and maybe you have too much in common. There are people in the world worried over how to handle an affair with their sister’s dog, or who are being extorted by their mailman over all the women’s underwear they’re ordering off Craigslist. So count yourself lucky.

You didn’t mention too much about the guy in question: is he ambitious? Does he have goals? If, despite being so similar, he still manages to inspire and stimulate you„ then you probably don’t have to worry much about him preventing you from developing as a person. But if you have concerns that he has no plans on developing, this is likely a dead end.

The important thing to consider is whether the things you have in common are primarily good, or if they’re … not so good. Maybe, like you, he is into gentle spanking and bad television? That’s great. But maybe, like you, he is passive aggressive and gets easily frustrated whenever you get lost in Ikea. That is a recipe for disaster and you will never find that bookshelf.

Of course, more important to the relationship dynamic than shared interests is that you share priorities. If you’re just looking to have fun with someone, this is probably fine regardless. If you want something serious, you need to find out if he does, too, because no amount of Six Feet Under marathons will bail you out of that uncomfortable conversation.

Go out with him a few more times. If you find your similarities make for uninteresting pillow talk, or if you think the combined smoke inhalation will kill you, dump his butt. But if your interest doesn’t wane in the next month or two, by all means, enjoy his company, and consider letting him put his penis in your mouth. (If the thought of that makes you cry, please see above.) 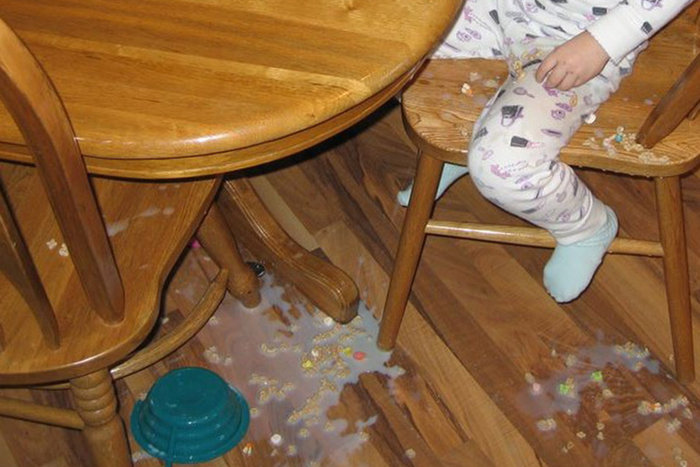 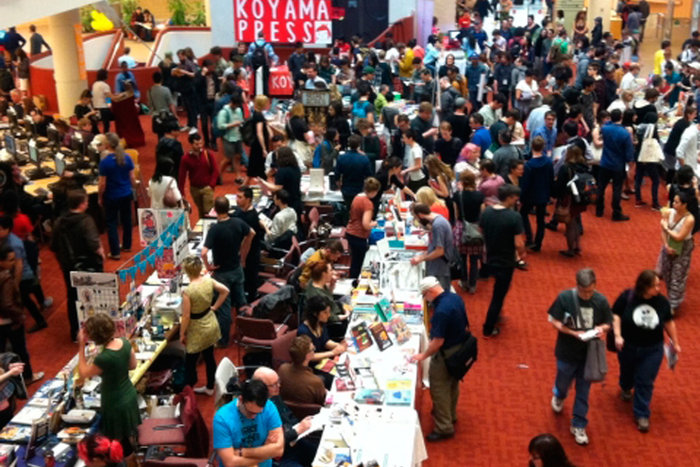 Culture
Dance Beside the Spinning Prism: A TCAF 2014 Running Diary