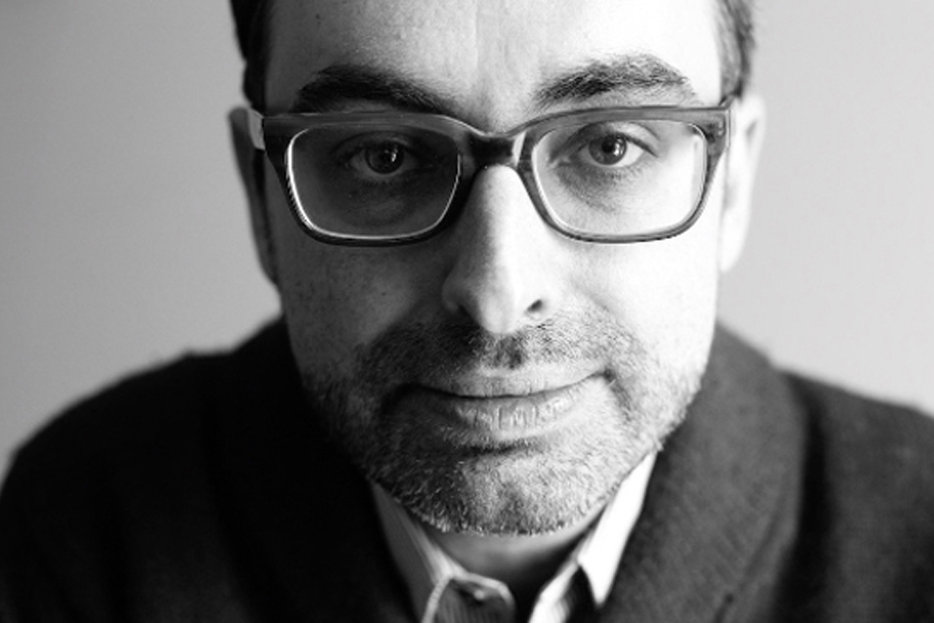 You might wonder how a ten-year career becomes worthy of commemoration, and so would I. Yet no one openly questioned why we were attending a “roast” of, rather than a reading by, Gary Shteyngart at BAM (which stands for the Brooklyn Academy of Music, the borough’s premier arts centre) Harvey Theatre in downtown Brooklyn on Tuesday night, as part of BAM’s Next Wave Festival. Perhaps that’s because it was a vaguely uncool issue to raise; we were supposed to arrive knowing better. Sure, Shteyngart’s three books are well regarded, but they are not classics just yet. (Late in the evening more than a dozen members of the audience would admit they’d never read any of them.) But everyone knows that being named one of The New Yorker’s “20 under 40” may actually count for posterity.

There was some humorous pretext in the choice of target. Shteyngart is best known, in the bookish parts of New York, as the person who blurbs any book that comes his way (123 at last count, he reported to the audience). He is also representative, along with Shalom Auslander, of a new school of male, Jewish writing that appeals for its anxiety and self-denigration. So a “roast” of sorts makes sense, but it would work better if it were slightly self-effacing about its prospects, in emulation of its target. Call it an un-roast.

In one such self-conscious gesture, none of the panelists were comedians, and few of them even performers. But they were all respected, intelligent people: Kurt Andersen of PRI’s Studio 360 and the much-missed Spy magazine; the essayist Sloane Crosley; the critic and novelist Edmund White; and the fiction editor of The New Yorker, Deborah Treisman. The whole thing was hosted by the slightly less well-known John Wesley Harding, who let us know, in a serious tone, that he was also known as Wesley Stace, without explaining why we’d need to know this. (Wikipedia reveals it’s because Wesley Stace is actually his real name, which… is hardly clarifying.) That was the first signal he hadn’t gotten quite gotten the memo on the irony thing.

Or maybe Harding was the key ingredient. One of the trademarks of Brooklyn “irony,” after all, is how self-regarding its parodies of self-regard are (just watch Girls). Example: There was literally a funny chair, a small whitewashed pine thing that kept a hunched-over, be-frock-coated Shteyngart about ten inches from the floor. It allowed him to crack, on multiple occasions, about the soreness of his behind, which Harding, as if never tiring of the joke, kept asking about. The audience laughed every time, but it was an obliging sort of laughter.

The other jokes worked on the same level. I shall do everyone an enormous kindness by simply paraphrasing them. There were multiple references to what a “furry creature” Shteyngart was. Some poor audience fool was forced to guess, out of multiple choices, what variety of person Shteyngart had dated in the past. (One of the options, a “transsexual” pre-”ovary removal,” inspired a murmur of shock among an audience that doesn’t find transpeople mockable per se.) We got another guessing game about what felony a former girlfriend of Shteyngart’s had committed. Crosley threw herself on the pyre and guessed “statutory rape.” (In fact, it was aggravated assault with a weapon! Get it?) Another joke concerned how poorly Shteyngart’s books sold. White, for his part, read some jokes about translation straight from a printout, and Shteyngart could only come up with a bright comeback about sleeping with the entire Swedish academy. Everyone kept a game face on, looking lightly amused but not altogether sure what they were doing there. The effect was a little Franco-and-Hathaway-at-the-Oscars, with the laid-back panelists sometimes taken aback by the host and the rest of us burying our heads in our hands.

Comedy is, of course, such a tightrope that chances of survival are slim. This is why most of us scream and run when an outing to some sad stand-up club is suggested. There are people who enjoy roasts qua roasts, but most prefer them pre-taped, on Comedy Central. We save our forced laughter for when it really matters.

Which of course leads to the question: why go? Many might have said it was because they wanted to support BAM’s Next Wave Festival, or the Greenlight Bookstore, noble causes both. But it was really the simpler motive of being close to writers and literary people, as though the quality might rub off. Increasingly it’s the whole point of being in Brooklyn: proximity to the writers and artists who allegedly populate this very small part of a large and diverse borough.

Some time ago, Colson Whitehead debunked the myth of writer Brooklyn in the New York Times: “A lot of my writer friends live near me, and that makes people think we just hang around with one another in cafes, trading work and discussing Harper’s and what not,” he wrote. “But I rarely see them. We’re home working.” That aloofness may often pass for highbrow taste. In reality—and this is a thing that Shteyngart conveys quite well in his fiction—the slightly autistic cast of the writer is really just a function of being completely locked into your own world. It’s not so much that you imagine that other people are there with you. It’s that you assume they have daydreams of their own they’d prefer to attend to. Forcing them out into daylight in the service of “community,” as a result, is always a dicey prospect, and a kind of lie—specifically, the kind that makes us sit through a mortifying experience in its entirety, smiling and laughing and shaking hands with people in the lobby afterwards as though the whole thing had been a darling affair.

Interview
What is Revolution?
Following a year of global revolution, a new 1,200-page collection—featuring writings from Angela Davis to Kathy Acker…