Dennis Rodman and Kim Jong-un Are Perfect Together 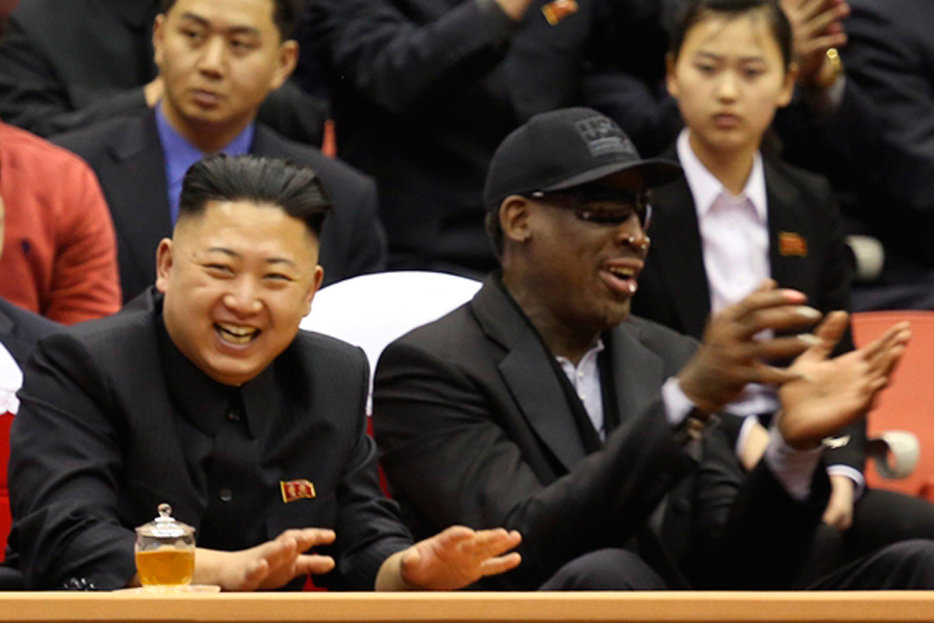 “Why Obama, are you afraid to talk to Dennis Rodman?” Dennis Rodman asked on Monday, jabbing his finger at the camera in the practiced style of the professional wrestling heel he played for a time, after he was a championship-winning basketball player but before he somehow became the West’s most visible diplomat to North Korea. “You’re not afraid to talk to Beyonce and Jay-Z, why not me? Why not me? I’m pretty important now, right?”

Just a year and a half ago, Dennis “The Worm” Rodman was broke, desperately behind on child support payments, and “extremely sick,” according to his lawyers. His appearances shilling for obscure, unlikely products were increasingly depressing. In this context, then, it was easy to see the neediness behind the paper-thin veneer of bravado in Rodman’s challenge. “Why not pay attention to me?” Rodman wanted to know. He was, after all, one of the only Americans to gain access to the leadership of repressive North Korea. He was pretty important now, right? The Worm had turned, or at least that was the assertion.

Rodman’s press conference came days after his return from his second trip to North Korea, where he visited with supreme leader Kim Jong-un, held his baby girl—a child western observers of the incredibly secretive country weren’t even certain existed—and generally just kicked back with the cherub-faced leader of one of the world’s most brutal regimes. Now, at a press conference held by the publicity-hungry Irish betting company that funded Rodman’s latest trip, the former Chicago Bull was promising to coach the North Korean basketball team for the Olympics. He was talking about writing a book with Kim. He was promoting a pair of exhibition games with former NBA players, and talking about building bridges and forging ties through “basketball diplomacy.”

The press conference felt like the apotheosis of some awful moment in the meme-ification of the news. Rodman’s relationship with Kim began as a publicity stunt earlier this year, when Vice Media brought Rodman to North Korea along with members of the Harlem Globetrotters. The trip was featured on the season finale of Vice’s new HBO show and seemed to be the perfect encapsulation of the Vice brand—a WTF moment conjured out of a mixture of celebrity, weirdness, and straight up human misery.

If the old model of sensationalistic TV news was to incite shock and outrage—a beauty queen missing! A murderess on trial!—Vice’s brand of newsmongering is more interested in provoking a knowing snigger. Rodman in North Korea was “ironic,” or whatever other word you want to use to describe the modern-day amalgam of incongruity and kitsch prized by the privileged dudes of Vice who, in their broadcasts, promise to “expose the absurdity of the modern condition.”

The key to something being properly ironic, of course, is for the subject to be sincere. Self-awareness ruins the joke. A mustached man in a polyester suit singing some awful Eastern European pop song is entertaining and appealing only if he truly believes he is the greatest singer in the world. Shaq is charming as some naïve, gigantic folk hero making awful movies and rap albums, but as a savvy businessman carefully cultivating the goofy “Shaq brand,” he is loathsome. Irony needs sincerity like a house fire needs oxygen.

All of which makes Rodman and Kim Jong-un the perfect pairing. What is more hilariously sincere than a brutal dictator? You don’t imprison your tens of thousands of starving citizens in horrifying workcamps with a wink and a nudge. You do it with all your heart, like you mean it.

At this week’s press conference, then, Rodman played his part perfectly. With his dark sunglasses and piercings, he sat at the podium and called Kim a friend for life. He wore a shirt advertising a liquor company, a cap advertising the Irish betting company and held an unlit cigar—a prop to symbolize decadence or badassery or manliness or who knows, really. He was a perfectly ridiculous figure who seemed defiantly unaware of his ridiculousness.

Next to him, the smug man from the Irish betting firm sat in his suit. You could almost see him dreaming up future spinoffs. Send Hulk Hogan to Iran! Get Barry Bonds to go fishing with Klansmen! Find the sad broke celebrities of yesterday, pair them with the earnestly evil and—bingo!— you’ve revealed the absurdity of the modern condition, or at least earned some publicity.

“Why me? Of all people? Why me?” Rodman said at the press conference, though it was unclear whether or not the question was rhetorical. “I’m not a joke,” he said, sitting next to the man banking on the fact that he’s a joke. “I’ll tell you one thing: take me seriously.” 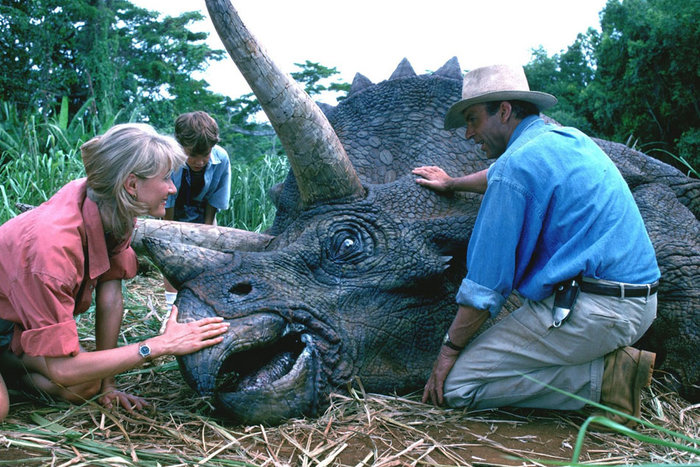 Lost Library
When America Was Cool
Film buffs worldwide used to revere American cinema: its stories, its characters, its mythology. Now, the great…