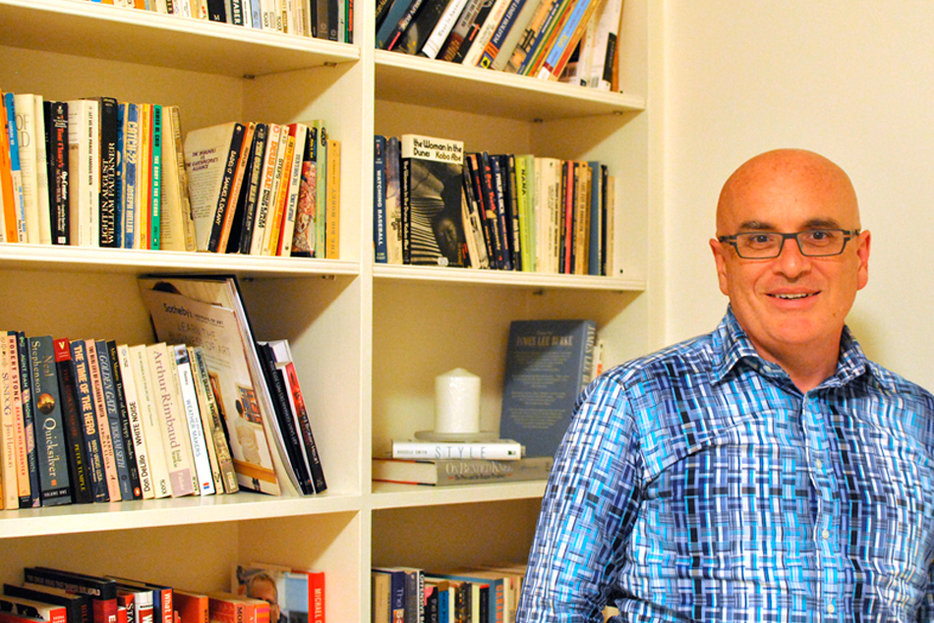 Shelf Esteem is a weekly measure of the books on the shelves of writers, editors, and other word lovers, as told to Emily M. Keeler. This week’s shelf belongs to David Lavin, the president of the speaking agency that represents intellectual heavyweights from Salman Rushdie to Alissa Quart. I arrived at Lavin’s house at the same time as many people from the Lavin Agency’s Toronto office; we were there for a party, and to take home some books. Over oysters and white wine, Lavin was telling us all about his library, and inviting us to grab as many books as we could. He’d piled up a couple hundred right by the front door, free for the taking. Later this year, Lavin will be moving into publishing, with an ebook series of long essays from the agency’s speakers. In the meantime, he’s downsizing his physical library, making space for better reading, and putting some of his favourite books in the hands of people who will read them.

I’ve already given away over a thousand books. At one point I had three thousand books. Why am I willing to do this now? Some of these books I’ve carried from house to house for 40 years. I’ve had some since I was ten years old. Why am I getting rid of them now? They don’t mean the same thing, and I want other people to read them, because they’re good books. It could be one of those things that I’ll regret. I guess I’ll find out. 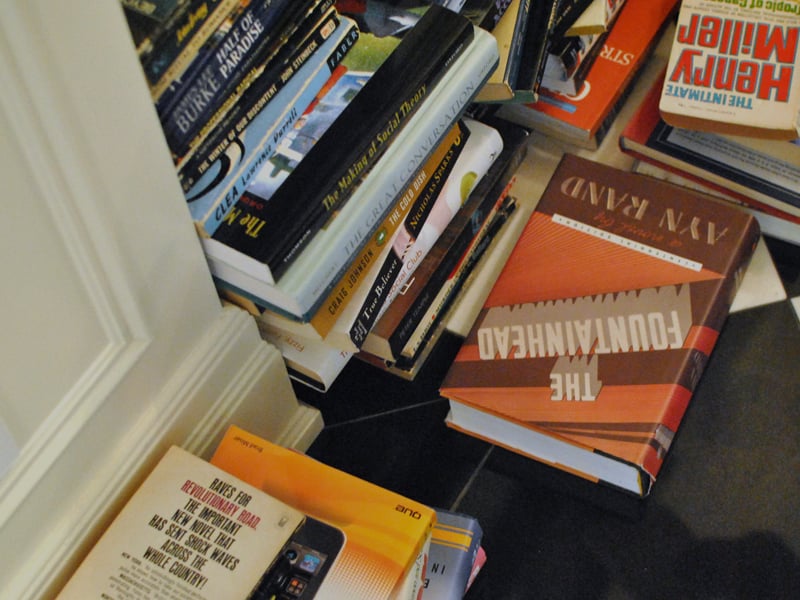 There are lots of guilty pleasures, lapses in taste. There are some great books here, I’ve just run out of space. What are you going to do? I’ve read every John Irving book, every James Lee Burke—what am I supposed to do with them? People will go, Have you read all these books? And I go, Of course not, but I’ve read hundreds of books that aren’t here.

I’m keeping certain books that I haven’t read, that I would like to. I mean, I can give away this copy of The Bostonians because I’ll probably get a better edition of it when I want to reread it; this one is just falling apart. Actually, one of the things I want to do is to read Henry James in order. I’ve never done that with a dead author, read their entire opus from beginning to end. I’m keeping all of my Graham Greene novels for that reason, too—I want to read them in the order that he wrote them. I think that would be interesting. 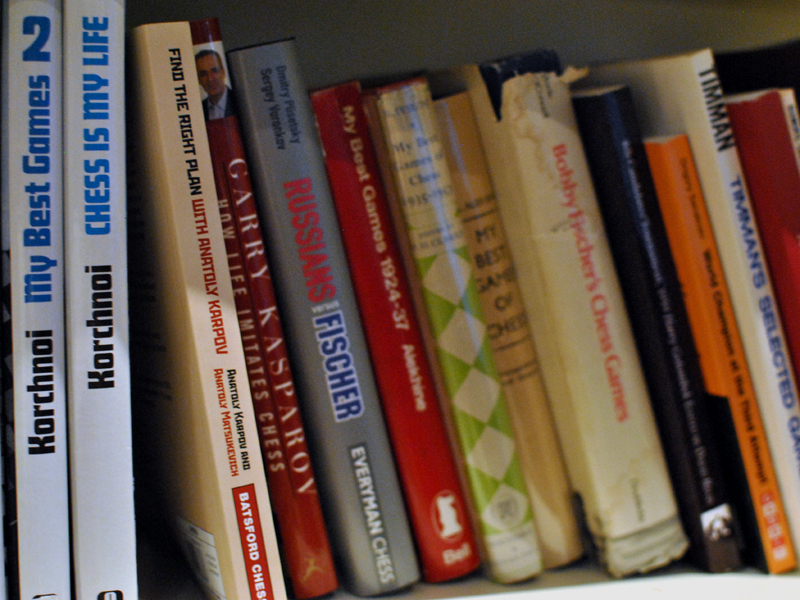 I’m keeping my chess books for a couple reasons. One is that I’ve read them, and I like them. If you want to spend fifteen minutes with Bobby Fischer, you can. Or fifteen minutes with Alexander Alekhine, fine. You can just dip in, rekindle something. That was a big part of my life—when I was a teenager, chess saved my life. I was fourteen years old when I learned to play chess, [and] when I was 18, 19, I was the youngest chess master in Canada. I played in the World Youth Team Championship twice for Canada.

Books bring back memories. I haven’t found my copy of The Idiot yet, but I read it on the bus from San Francisco to Boston. Someone once told me, Oh, you don’t have any mementos. I said, well, yeah I do! Look, this book is a memento, this is a memento, this is a memento. They don’t understand books. They think that mementos are, you know, some vase you bought in Mexico. Well, I read a book in Mexico, and I still have it with me. 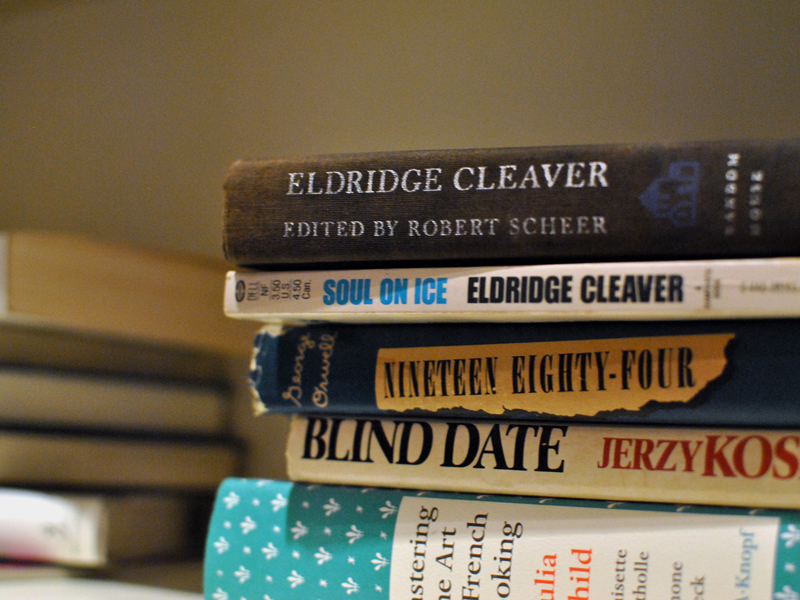 Some things I just keep because they’re autographed, like Eldridge Cleaver. I’m keeping Soul on Ice for sentimental reasons. I spent a week with him. I smuggled Eldridge Cleaver over the US border. At 4 o’clock in the morning they pulled us in, they pulled us into the back room, they called up the head of security, who was asleep. So they’re waking him up, at the border, and while we’re waiting, Eldridge starts telling the story about busting Timothy Leary for 75,000 hits of acid, and I’m thinking this is the wrong story at the wrong place at the wrong time. But there was something about him. First of all, he’s a very, very smart guy, but there’s a physicality—you actually felt like he could have walked into traffic and stopped all the cars with his bare hands. It wouldn’t have surprised you.

I’d wanted to do an event about ’60s, so I wanted the hippies, drug culture, and the Black Panthers—I wanted Eldridge Cleaver, Abbie Hoffman, and Timothy Leary, and I got all three. Eldridge Cleaver was selling pots in San Francisco when we found him, he was hard to get.

I’m keeping my clients’ books, and books that have meant something to me. For example, what does The Brothers Karamazov mean to me? I don’t remember the book, but when I was 16, my English teacher said, Okay, everyone has to read a book over the Christmas holidays, and they have to come back and discuss it with me. For whatever reason, I was slightly annoyed by my English teacher, so I decided that I would read the biggest book that I could find, because I somehow thought that she would have to read it as well. So I decided to read The Brothers Karamazov over the holidays. Now, I don’t remember the plot. I remember loving the book. I mean, I still love Dostoevsky, and that book was the greatest book a 16-year-old could possibly read. I remember spending hours on one page. I actually remember the physicality of reading the book more than I remember the plot now. That stayed with me. I can imagine myself—I can see myself—reading it, pacing in my bedroom, better than I can remember the plot. It’s amazing. 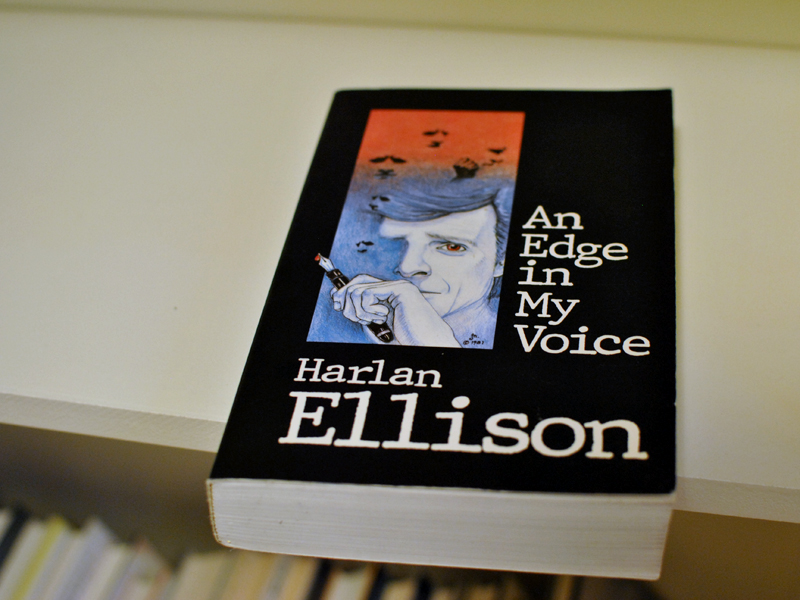 I love Harlan Ellison. When I started out as a promoter in Toronto, I did a lecture series at the Rivoli, and I called it An Edge in My Voice, based on this book. That was 25, 30 years ago. 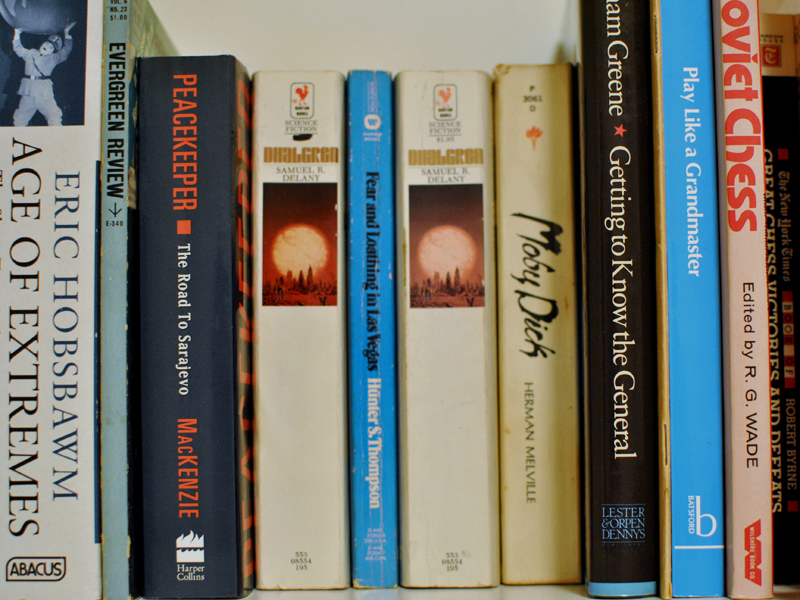 Sometimes you don’t read good books because they’re surrounded by 2,000 other books, so you forget that you want to read them. Now I’ll know that they’re there. On the other hand, I’ve read Samuel Delany’s Dhalgren, and it’s a masterpiece. Some of the greatest writing is in genre fiction—Samuel R. Delany, James Lee Burke, Carl Hiaasen. These people are actually better writers than mainstream fiction, because these people are actually interested in worlds that are bigger than they are. Their characters have jobs, they vote, they get pissed off. Books like Atonement, everyone there is just all self-obsessed, as opposed to outwardly obsessed. There was a time when fiction writers would write to examine the world. Graham Greene, William Faulkner, Hemingway. These people looked at a world that was bigger than they are, and you read books by people now, and they look at a world that is smaller than they are. There’s less ambition.

Maybe it’s a reflection of our time. In America in particular, the right doesn’t talk to the left—they’re intellectually insulated or isolated. The right has been taken over by people who are actually irrational. You can be right- or left-wing and add something to the debate, but how can you be anti-science? What’s that got to do with being right-wing? Or anti-women? Why are these things suddenly what it means to be right-wing? 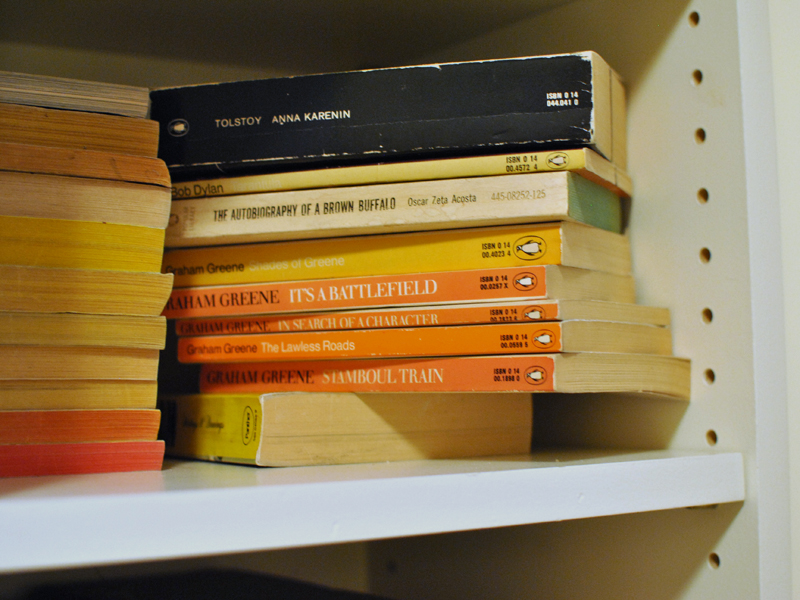 Now you read Graham Greene, read a selection of his books, and you’ll actually cover all of the major issues of humanity. You’ll cover religion, you’ll cover relationships at their most base level and at their most exalted level, you’ll look at politics, you’ll look at everything. When I first heard about Graham Greene, I thought he was my dad’s kind of writer. I was very dismissive. And then I read one novel, and I couldn’t believe it. I read every single word he’d ever written, because he is the master. Graham Greene is one of the great masters, and his characters and narrative are completely engaged in the world.

People forget that reading and thinking and all these things are fun. I don’t see the difference between a great chess game and a great novel—they both bring pleasure. 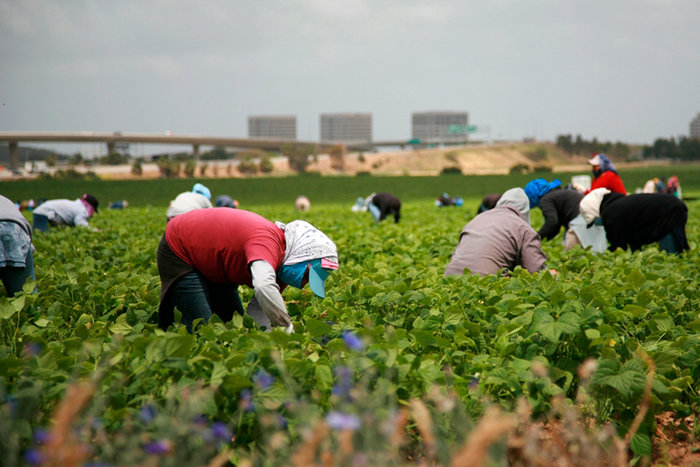 Politics
This is No Way to Build a Country 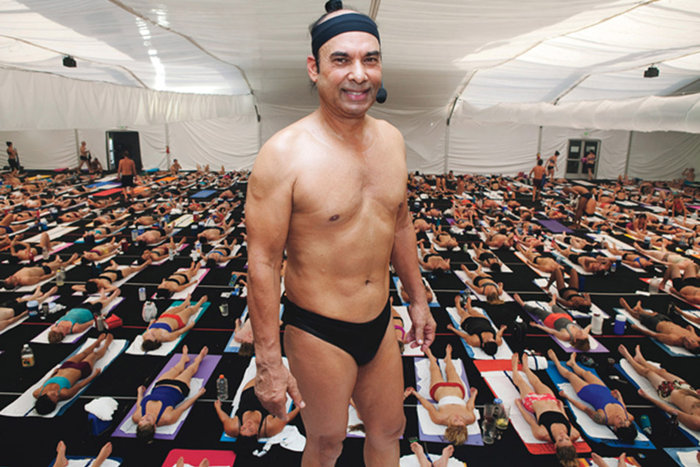 Society
Inside the Bikram Yoga Scandals: Bikram Choudhury’s Accuser Speaks
How the case surrounding the founder of the popular hot yoga brand is intensifying with new allegations of harassment,…