Pictured above is Chinese Olympian Liu Xiang at the London 2012 Olympics. In moments he will get up from where he has fallen. Despite the considerable pain of a torn Achilles tendon, he will approach and kiss the hurdle that he couldn’t clear right at the beginning of his 110 metre heat (a race that he won in 2004, claiming a gold medal, but was too badly injured to compete in during the 2008 games), and then hop on one foot to the finish line even though his rivals have long since crossed the line. This will be his gesture for posterity, gamely completing his task, reminiscent of Derek Redmond being helped across the finish line by his father in 1992.

It’s an image that captures something more than just a moment of epic failure in one storied athlete’s career. It’s points to a bigger, more complicated story—that of Chinese athletes in general, and how they’re regarded around the world.

Liu Xiang’s stumble in London raised questions about his fitness to compete and whether he had properly recovered from past injuries. Not surprisingly, it figured in the many reports circulating around the games about China’s punishing and perhaps dangerous training regime. And it didn’t help that whenever Chinese team officials were quoted in the western media, one was left with the impression of reading a heavily redacted document.

Not pictured above is Chinese swimmer Ye Shiwen. This is fitting because even though Ye Shiwen was a big part of China’s story at the London games, we’re still not sure what exactly that story is. Surely, she was an impressive Olympic debutante. Arriving at the Olympics in relative obscurity, Ye Shiwen shattered the previous record for women in the 400 Individual Medley. Either on a good day she’s pretty much capable of out-swimming Ryan Lochte, or there might be some merit to speculation that Ye Shiwen is a product of performance enhancing drugs.

Speculation about drugging, which is much the same as an actual accusation, came immediately after her performance. The only provocation was simply how fast she swam. The IOC was clear that there was nothing in Ye Shiwen’s test results to indicate drug use, nor anything abnormal. Strange as it is to think that a performance like hers could have come out of nowhere, it is just as startling that an athlete’s performance at the Olympics could be written off as overly miraculous—and therefore characterized as an almost de facto case of drug use. There hasn’t even been an ever-evolving, publicly debated, slowly built case against her (Hello Lance Armstrong!).

Meanwhile, the media played up the heroic narratives of Usain Bolt and Michael Phelps without pausing to conjecture if anything illicit made possible their astounding performances, or whether they were pushed too hard. Considering the fates of Liu Xiang and especially Ye Shiwen, it starts to sound at least a little less crazy when Chinese officials complain there exists a xenophobic, or anti-China bias in the western media against their team and country.

If Ye Shiwen’s feats at the Olympics really are too unbelievable to be true according to her most vocal critic, John Leonard (executive director of the World Swimming Coaches Association), it creates a kind of stalemate when China responds that these claims are simply fueled by jealousy. When it was speculated widely that Liu Xiang’s injury was a result of nationally-enforced draconian training policies, China’s chef de mission Feng Shuyong fairly argued back that given the hurdler’s considerable stature and cultural importance at home, in part because of his injury struggles, surely that proves winning isn’t the only thing the nation cares about. (Then again, if winning isn’t the top priority, how do you explain what happened in badminton?)

Maybe the official rhetoric doesn’t always hold up for this Chinese team, but what China has to say about it’s emerging identity in international sports deserves some attention. If it seems strange that China’s athletes are now poised to be perpetual medal contenders in sports they haven’t traditionally excelled at, maybe that’s simply a natural consequence of China’s emergence as a global economic power. With good coaches and healthy funding in place, why wouldn’t the world’s most populous country see its sporting success skyrocket?

To put it in terms of the most appropriate Kanye West song, now that China’s getting its money right, maybe the west can’t tell China nothing. After all, isn’t Kanye West the ultimate figure of a certain kind of defiance on a public stage? He seems to insist on doing whatever he wants, especially whenever he’s in the spotlight. Kanye raps frequently about the plans he was always making when he was coming up. He was going to take over the game when he came into his own, no matter what anyone told, what anyone said about him. And now that, well, Kanye West is everywhere, what’s left for him to do but stare back at everyone and ask, “Were you saying something?” So is China’s economy about to makeover international sports in the likeness of Mr. West?

There is competing rhetoric. There are shifting contexts. There is a great deal of black ink. The image of Liu Xiang sitting on the track in London, framed in a nearly concentric pattern of hurdles, might be the most suitable image to capture the long moment of China at the London 2012 Olympics. Strange filters seem to be layered, one over another over another. 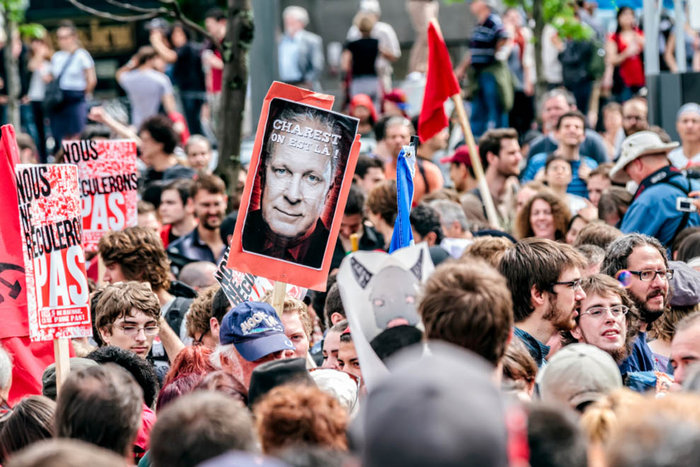 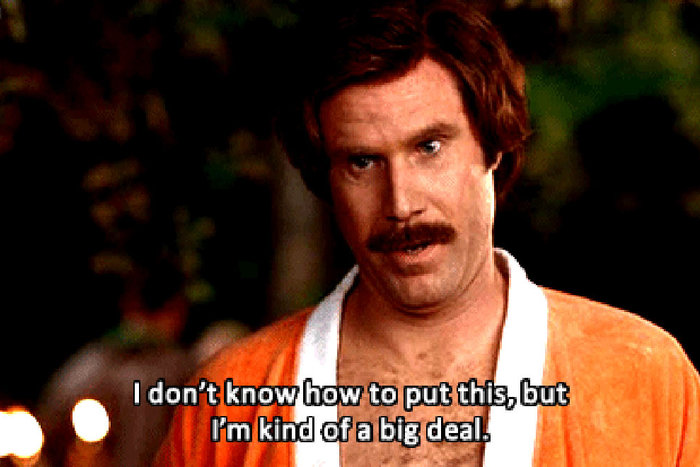 Speak Internet!
GIF Day and the Colour Red is a Dangerous Creature