The Bleak Depths of BoJack 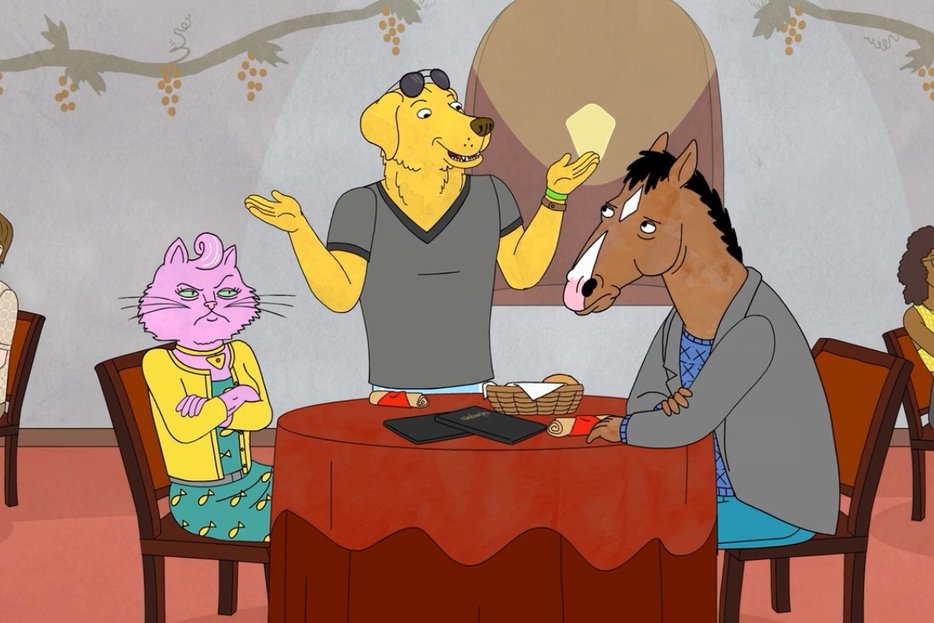 The one-line description of BoJack Horseman sounds a bit like a failed Cards Against Humanity joke (“joke”), rolling around in the humour rut of ’90s nostalgia and celebrity culture. BoJack is an aggressively selfish humanoid horse who used to star in a thickly cheesy family sitcom, now dealing with the after-effects of being a stasis-inducingly rich, semi-famous punch line. The world needs another Hollywood satire like it needs another first novel about a failing writer, but fortunately the log line is more of a Trojan Horseman—I know, I know, bear with me—for something much more terrifically bleak.

The animated Netflix series (designed by Hazlitt contributor Lisa Hanawalt) doesn’t entirely avoid some of its more obvious pitfalls, especially early on (though the way it grows out slowly is another argument in favour of the all-in binge of the streaming service). For the first hour or so, BoJack isn’t much more than the stock non-sappy Will Arnett character, the kind of person whose black-out drunks might be the most redeeming thing about him, insomuch as they pull him away from watching reruns of Horsing Around (his old sitcom) and not writing his memoir, and make him start abusing the dwindling goodwill of everyone around him. He’s prone to some sharp outbursts of anti-common sense—”I’m sure a lot of the troops are jerks … it’s not like giving a jerk a gun and telling him it’s okay to kill people suddenly turns that jerk into a hero”—but even those are mostly Larry David-isms, cantankerous honesty to prove his misanthrope bonafides. The Hollywood stuff—rapacious agents, status-measuring contests, rampant egoism—feels like it could have come from even further back in the sitcom gene pool.

Where BoJack, both show and Horseman, really starts to shine, though, is when it starts to drill into the rotten smile of its main character and pulls out the withered roots. In the simple joke of the has-been is a deep, deep well of sadness, a complete existential emptiness that the show actually sums up decently well in its opening credits, in which BoJack drifts through another booze-soaked day to some background-of-a-party music.

It comes in both bursts and drawn-out heaves, rapid-fire moments (the show is usually more clever than funny, though its cleverness is tinged with a vicious grayness), and in the mounting emptiness of its characters’ lives. The former are some of the sharpest one-offs: a flashback to BoJack holding his hand over a stove, repeating the mantra “empty inside, empty outside”; everything to do with his stern, hateful, WASP-y (not literally) family; or just the unshakeable sunniness of his sitcom rival Mr. Peanutbutter (Paul F. Tompkins), a gloriously stupid Labrador Retriever who radiates the happiness BoJack is unable to feel, the blissfully ignorant cosmic burr in his ass.

Still, it’s the long-play stuff that shows how deep into the pits the show is willing to go. After sleeping with the drug-addled former child star who played his sitcom daughter, BoJack’s attempts to find her some help are sloughed off with a speech about how she can find enablers anywhere she wants: she’s admittedly already dead. BoJack’s feline agent, Princess Carolyn (Amy Sedaris), celebrates her birthday by fending off a competitor, engineering a new role for BoJack, and then staring, alone, out of her office window while her phone beeps to remind her what day it is, and the rest of the lights in the building go out. BoJack’s attempts to make amends with the dying best friend he royally fucked over to be a star are openly crushed; like, he is straight-up told that he just has to live with what a shitty horseperson he is for the rest of his days.

Bleakness is a bit of a mode of being on the prestigier corners of television; someone’s already mashed up the BoJack song with the Mad Men opening, and the shows really aren’t all that far off in their willingness to stare back into the abyss. BoJack, though, gives it its own spin, both by admitting how funny someone else’s deep, deep pain can be—all of those moments up there are bookended by if not built entirely over top of punch lines—but also in indulging a profound silliness when it’s not trying to break its own heart. I am talking of course about animal puns. So many animal puns.

Its world is populated by anthropomorphized animals and humans, and there is virtually no little sight gag or throwaway line that goes unexplored: A rooster runs by shouting “Wake up!”, a beaver cuts boards for a television set, a bunch of maggots run a funeral home—even the soldier BoJack feuds with is a Navy SEAL who is also a literal seal, and who ends up barking and flapping when he gets too agitated. On their own, those are so many dumb (though usually well-played) jokes, but floating along in the dark skies of the show’s mood, they become something more absurdist, kind of a metaphorical comment on how abjectly ridiculous all this dumb human(oid) endeavour is; we’re all just animals looking for a home.

The through storyline of BoJack Horseman’s first season is the writing of his memoirs, undertaken by Diane Nguyen (Alison Brie), a ghostwriter with her own hints of bitterness, but with a fundamentally more honest accounting of the world than BoJack. When her draft of the book reveals far more about him than he wants, she ultimately calms him down by explaining how, when the subject is larger than life, people want some affirmation that he struggles just like them. That seems about as close as the show gets to articulating its own philosophy: yeah, he’s a horse, and yeah, he’s a former star, and yeah, he’s a total, almost unrelenting asshole, but just look at how silly and sad even that can be. 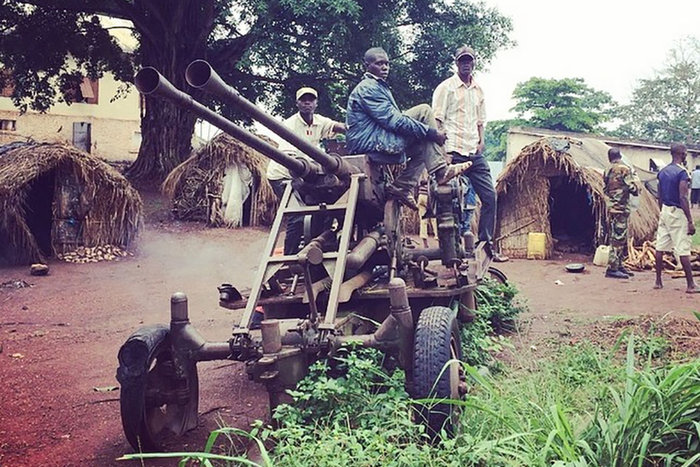 At Large
Diamonds in the Rough: A Central African Shell Game
The Central African Republic is an un-country—a violent playground for outsiders and locals alike to exploit and… 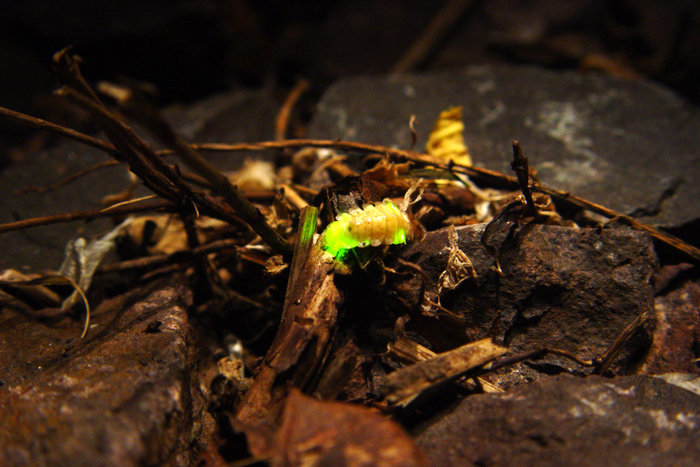 Black Metal Science
The Satanic Service of Fireflies
On the hungry, violent, sex-obsessed lives of Lucifer’s own agents of light.