The Satanic Service of Fireflies

On the hungry, violent, sex-obsessed lives of Lucifer’s own agents of light. 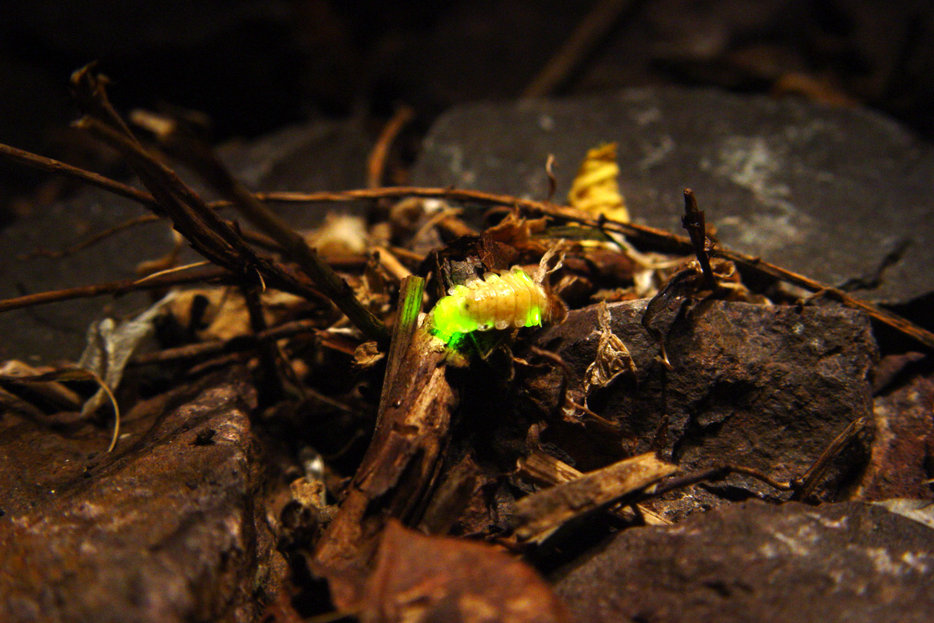 “The real Satanist is not quite so easily recognized as such.”
– Anton Szandor LaVey

The room was quiet, save for the whirring of computers and the occasional bang from the autoclave. Her hair was still damp from the shower, and though wrangled into a severe twist, she felt a chill when the treated air swirled through the otherwise stagnant room, belched from the mouth of that rickety AC. She was loath to imagine what she could culture from its insides, shuddering as she pulled on the thick, white robes of her profession, appreciating the way her hands felt somehow safer when she slipped them into her gloves. Rinsing them heartily with ethanol sucked the heat right out of her palms, but she never minded the strangely wet sensation that crept across her skin when she sterilized the black nitrile barrier. Inhaling the acrid fumes, she was ready to begin the ritual anew.

The scientist meticulously arranged her workspace: the small plastic vials, organized rows of volumetric micropipette tips, and sterilized sharpies for labeling each in its proper orientation. Close to beginning, she was already dreaming about the end; the thought of later using the scintillation counter flushed her with excitement, and she cast a sidelong glance over to His enzyme. She marveled at how well it was shielded from the forces of oxidation—those that would, if given the opportunity, spoil His biochemical namesake until it was as worthless as the supernatant in a refuse flask.

She felt a familiar flutter of nerves as she lysed her meticulously transfected cells, busting them open to expose their insides—that which she engineered the cells to express—and carefully ushering the resulting cellular extract into a chamber designed to steal secrets from nature herself. The assay reagent for the chemiluminescence reaction could have been added via automatic injector, but to leave something so dear in the hands of a dispassionate machine seemed wrong to her; no, she preferred to perform this step herself. Besides, she longed to be as close to the reaction as possible—as if she could feel the Dark Lord’s enzymatic action pulsing through the fruits of her labor, revealing to her the secrets she so desperately sought.

The photon emission resulting from the reaction would tell her just how well her special cells were expressing His Biological Namesake, from which she could determine just how busy this gene du jour was. It never mattered to her what gene she was testing; she was just there for the light. She’d trick the cells into expressing luciferin, open them up, and swirl in His enzyme. What happened next—her beloved reaction, the one she was drawn to use to serve His Darkness—would send forth energy released as light. Light that she could quantify. Light that would give her answers.

Bearing the name of the light-bringer, the morning star, Satan himself, this enzymatic reaction was her tie to His power—the last step between darkness and the knowledge.

Later that night, at the crepuscular edges of the day, she will step out into the long, unmowed grass of her backyard and let the black night air lick her naked form as Lucifer’s chosen agents flutter and blink around her in the most biological of pursuits. Oh, how she adored those lightning bugs.

Yes, fireflies. Be not soothed by their ubiquity in commercials for summertime unpleasantries, the humble firefly must surely be Satan’s favorite beetle. The summertime bringer of light in the darkness, courting death and lust with a belly full of an enzyme that science named for the devil himself: luciferase.

Because fireflies are metal as fuck.

The fireflies our Satanic scientist ogles in the evening are Photinus pyralis, the most common species in North America. There are 2,000-odd members of this, the Lampyridae family—winged beetles that use chemical tummy light for feeding, fighting, and fucking. All their larvae glow, too, which is pretty convenient for peckish neighbors, but not for the reasons you might think. Rather than ringing someone else’s dinner bell, it seems those little lampyrid larvae light up as a warning to hungry scavengers: Caution, this squishy blinking thing probably tastes like musty asshole. Many fireflies, in fact, taste terrible, in both larval and adult forms; some are even poisonous to vertebrates, thanks to a class of defensive steroids called lucibufagins. It’s similar to a compound found in some poisonous toads, and, much like cocaine, is a toxic cardiac stimulant.

Firefly life is stressful, to say the least. In some species, only the adult females can fly; in others, some adults look nearly identical to their larval offspring (you can tell them apart by the compound eyes in the sexually mature larviform ladies). Most of the little glowing babies are predators, surviving on soft things such as slugs, snails, and other larvae (my favorites are the ones that spew digestive juices all over their prey while gripping them with their mouths, breaking down their dinner into fuel before it’s even ingested). Adults’ eating habits are similarly varied: some are predatory, while others can subsist on pollen or nectar. And then there’s Lampyris noctiluca, the European Glow-worm beetle: the adults have no mouths at all, eschewing nourishment for sex.

Sex is a little more complicated. Say you’re a firefly, and you’d like to get your little beetle dick wet (which, to scale it up for the non-coleopteran readership, is a bit like carrying a floodlight into a lion’s den and then breakdancing until someone nearby sees you shining in the shadows and decides you’re hot enough to bang). Your backyard buddies, P. pyralis (or big dipper fireflies, named for the males’ checkmark-like flight pattern), zoom around and flash the ladies in the darkness from a vertical position; the sedentary ladies who are interested in this light show will roll their lower bodies to expose their own blinking equipment, responding to their suitor’s performance when they recognize the color of the luminescence as belonging to the correct species for baby-making. Bonus: since adults of this genus do not feed, males can increase their chances by offering “nuptial food gifts” to their lady love: spermatophores to help provide nutrition for the eggs. I mean, who wouldn’t be wooed by a bowl of spooge?

But not all the ladies in the grass are sending out their own personal Bat-Signals in hopes of finding a mate. No, some are much more interested in dinner… and weapons. A female in the genus Photuris, literally called “femmes fatale” in the scientific literature, flashes male big dipper fireflies a call-and-response delay matching that of the females they would normally be seeking, luring the fellas directly to her. Then she eats them, cutting short their two-month lifespan.

But it’s more than just dinner. These femmes fatale are after poison—specifically, those nasty lucibufagins. By eating Photinus males, the female not only gets a nice snack, but acquires the male’s defensive steroids, securing biochemical protection she’s unable to make for herself, enriching her with compounds that guard her against foes such as jumping spiders and certain bird predators. Unfortunately for her dinner, the general lampyrid defenses of bad smells and sticky substances—excretions containing lucibufagins—tend to be of little use here. This strategy is called “reflex bleeding,” entangling would-be predators in sticky goo or sending them packing out of outright revulsion.

Caravaggio, the bad boy of baroque painting—who broke from classical idealism to paint his subjects with all of their attendant vulgarity; killed a man over a tennis brawl, vandalized his own apartment, and fled Milan after a police brawl, only to show up in Rome naked and broke; who used a prostitute as a model for “Death of a Virgin,” escaped imprisonment, and had a death warrant issued for him by the Pope—was allegedly fond of fireflies, too. He crushed them and mixed them with white lead to create an early sort of photography, a way of imprinting his subjects directly onto his canvas centuries before the invention of the first camera. With Lucifer’s own ink, he captured images of unthinkable clarity.

The scientist thought of this often, those nights she stood naked in the grass, the soft yellow-green bioluminescence lapping at her skin. She loved how He gave His followers such access to knowledge, bringing light where there is dark, illumination where it would not be found. She thought about the secrets Caravaggio revealed—and what it cost him. She thought about the secrets He revealed to her in the lab.

But mostly, she thought about how much she would miss these Satanic light bringers when the cold came. Capturing one in her hand and killing it across her arm, she admired the smear of still-bright light on her damp skin. Best to enjoy them while she can, she whispered to herself. 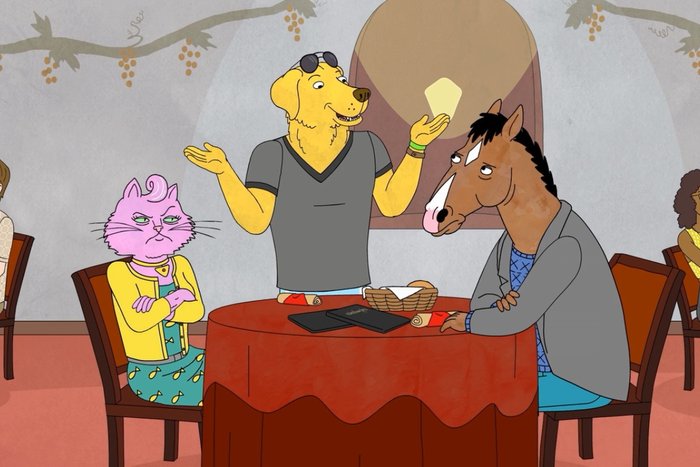 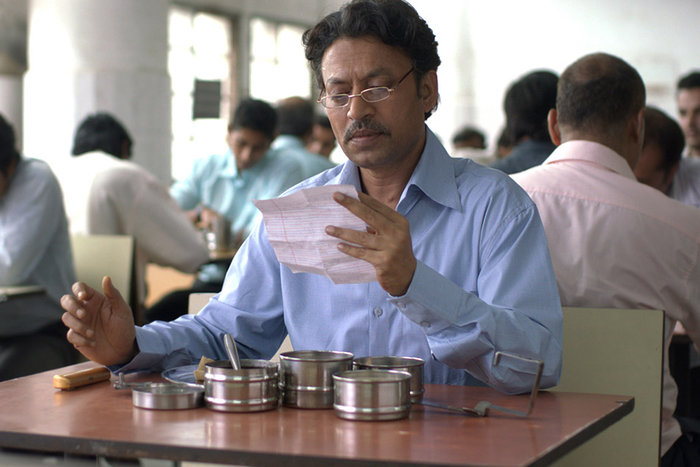 Get the Lead Out
Alex Manley
All Saints' Mountain
Olga Tokarczuk