Young Adult, Not So Virginal 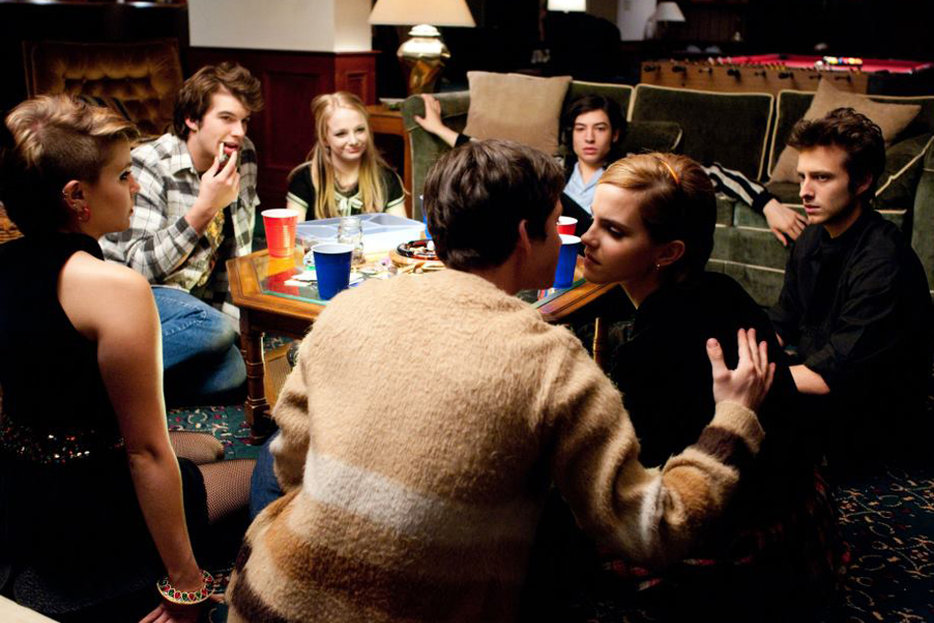 “Young Adult” refers to the recommended age range for a book: a step beyond children’s lit, yet not quite in the realm of grownup, literary fiction. At Mabel’s Fables bookstore in Toronto (where, full disclosure, I work part time), books are organized by age, and most young adult titles can be found in the 14 and up section, though many younger—and older—customers browse there. Determining what actually qualifies as young adult is tricky. Not every book that is about, or read by teenagers is YA, the same way not every movie with teenage characters is considered a teen movie.

Young Adult is also a genre, and Forever is one of its pioneers. It’s a sweet little story. Katherine and Michael meet while eating fondue at a New Year’s party. Their dates consist of going to the movies and playing Scrabble. Their sexual encounters are wholesome: Michael names his penis “Ralph,” and the name holds for the rest of the book. “Ralph misses you,” Michael writes in a love letter. “I could feel Ralph pressing into my stomach,” Katherine says elsewhere. I read these passages at my shared cubicle, the ebook glaring from my laptop screen, and didn’t feel shy.Maidenhead felt illicit even in the privacy of my living room.

In her foreword to Forever, Judy Blume explains that she wrote the book after her teenage daughter asked for “a story about two nice kids who have sex without either of them having to die.” She ends with practical advice about playing safe: “If you’re going to become sexually active, then you have to take responsibility for your own actions. So get the facts first.” Blume wrote a book with an informative mandate, to entertain and reassure its teen readers that (responsible) sex is OK. Katherine makes some of the hallmark mistakes of adolescence, but by the end of the novel she is more mature and relatively unscathed.

That line between Young Adult literature and literature featuring young adults is loosely dotted, and it’s one that publishers are still trying to figure out. I asked Amy Black, executive editor at Doubleday Canada, what distinguished YA books. “Age of characters, definitely,” she answered, then hesitated. A week later, I ran into Ms. Black while getting coffee. “I’ve been thinking about your question a lot since we spoke!” she said, and the two of us launched into another conversation toward hashing out the genre’s defining qualities: tonal and aesthetic choices, moral lessons, characters’ journeys. When we parted, our coffees lukewarm, we’d reached the verdict that YA literature was something that we recognized when we saw it.

Martha Schabas’s 2011 Various Positions demonstrates this ambiguity. The book follows the nuanced and often uncomfortable sexual awakening of Georgia Slade, the 14-year-old narrator. Accepted into the prestigious and competitive Royal Toronto Ballet Academy, Georgia becomes hyper aware of her body and how it compares to other girls her age. She tries to navigate what it means to be a sexual creature by interpreting the often contradictory signals around her: internet porn, feminist theory espoused by her university-age sister, her parents’ rapidly decaying marriage, the locker room gossip of her peers, and the intense attention given to her by her male ballet teacher.

Schabas’s prose is far more lyrical and composed than the typical stream of consciousness experienced by teenagers and mimicked in YA fiction, but the naivete of Georgia’s observations is pure adolescence. The result is jarring: a teen girl’s grasp of the world expressed through the language of an adult. At 23, I am less than a decade older than Georgia, but reading Various Positions I oscillated between maternal instinct (so many times I wanted to grab Georgia’s hand and pull her away from her environment) and the awkward recognition of what it means to be on the cusp of adulthood, of wanting to imitate grownup sexiness without really understanding it. My usual responses to YA lit range from a practical, bookseller’s perspective (“I can find a reader for this”) to a false nostalgia, like reading an old high school diary that has been polished by an editor. Schabas’s book chilled me, and while I liked it, I didn’t enjoy it. Various Positions reflects a world larger in scope than its narrator realizes; the story is not just about her journey, but the way adults influence it.

Various Positions was filed under literary fiction when it was published by Doubleday in Canada; publishers in Australia and New Zealand gave it a similar classification. For half a year, the book languished without a home in the United States, until Farrar, Straus and Giroux made an unexpected proposal. “They said, ‘we’re interested, but we want to give it to our young adult label,’” says Schabas, adding that one stipulation was that no text would be changed. “And my jaw dropped.”

The galley, edged in a pastel pink border, was sent to bloggers that typically review teen fare, and assigned the YA tag on Goodreads. Despite being praised in Canada (Giller winner Lynn Coady blurbed the book, praising its “artful nuance”), and earning positive nods from the U.S. book trade magazines, Various Positions was widely panned in the reader reviews it received at Amazon and Goodreads. “The youth readership did not take to it at all. They read it very didactically and saw it as morally offensive,” says Schabas. “Some of those reviews referred to Georgia as a nymphomaniac.” One of the first reviews on Goodreads concludes, “If you’re looking for an intelligent, funny, fresh contemporary YA book about ballet I HIGHLY recommend Bunheads by Sophie Flack.”

As one YA video blogger added in her comments, after a negative video review: “I think I would have been more comfortable reading this novel if it were labeled as Adult instead.” The fact that the book was labelled YA meant that it was held to the same edifying standards as Forever: readers sought a unified message. Georgia’s story contained none of the giddy thrills of first romance. The personal traits that most teen readers would find relatable—her need to belong, her desire for sexual maturity—brought about some of the book’s more uncomfortable scenes. Georgia is not an aspirational character, and her story is not a thrilling, diversionary tale about the magic of dance.

A year after the release of Various Positions came Tamara Faith Berger’s Maidenhead, published independently by Coach House Books. The novels share a number of similarities. Teenage Myra has her first sexual encounter with an older man, realizes she gets off on being degraded, and immerses herself in a world of pornography and philosophy. Berger, like Schabas, is a Toronto-based author whose work received accolades in the Globe and Mail. Yet the American reception to Maidenhead was much more positive: marketed as literary fiction, it was a monthly pick for Emily Books, an E-book subscription service that favours cult, literary novels. Last April, it was named best book of the year byThe Believer, a literary publication based in San Francisco. Nobody for a second considered Maidenhead to be young adult, and had it been marketed as such, I can only begin to imagine the parental outrage and frustrated YouTube reviews.

So what is the difference between grownup and young adult lit? To say that the latter is more palatable, more appropriate, would be easy, but not entirely accurate. A look at the Times’ YA bestseller list shows a range of difficult, mature topics. There’s last year’s Eleanor and Park, by Rainbow Rowell, which explores bullying, racism, and classism. In John Green’s Looking for Alaska, the teenage characters drink, smoke, and give each other awkward blowjobs. Stephen Chbosky’s Perks of Being a Wallflower, published in the ’90s yet a consistent bestseller, has the narrator witness a rape. All these titles have high ratings on Goodreads.

The most successful YA books, even at their rawest, include pockets of escapism amidst the harshness of real life, often through aspirational friendships. The characters in Looking for Alaska, with their fine balance of mischievousness and intelligence, are the kind of kids that bookish teenagers could imagine hanging out and feeling cool with. (Like Myra and Georgia, none of the characters in the aforementioned books actually read young adult novels themselves.) The narrator in The Perks of Being a Wallflower processes his experiences as stories to one day be told. Every mistake made comes with a tangible, if not always crystal-clear lesson, and every painful moment is a source of catharsis for the readers who are struggling to make sense of their own dramas in real time.

Books like Maidenhead and Various Positions reveal a different sort of truth about being a teenager, one without the John Hughes or Judy Blume varnish. They remind adult readers of the ways in which grownups are complicit in teenagers’ problem: in these cases, the distorted ways in which burgeoning female sexuality is understood and treated. They aren’t books to make growing up any easier. They are survivor tracts from the other side. 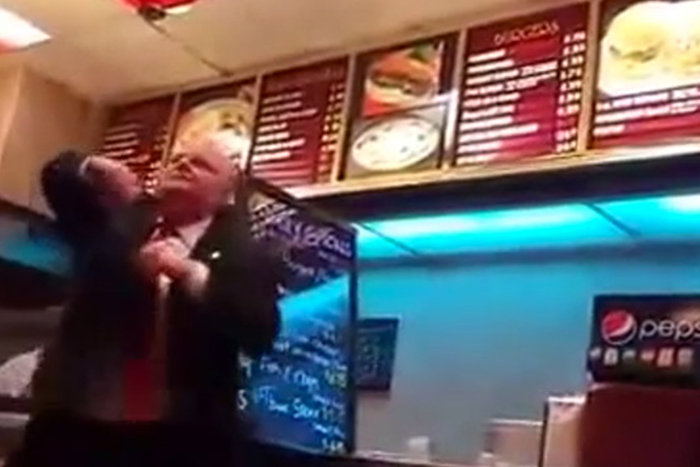 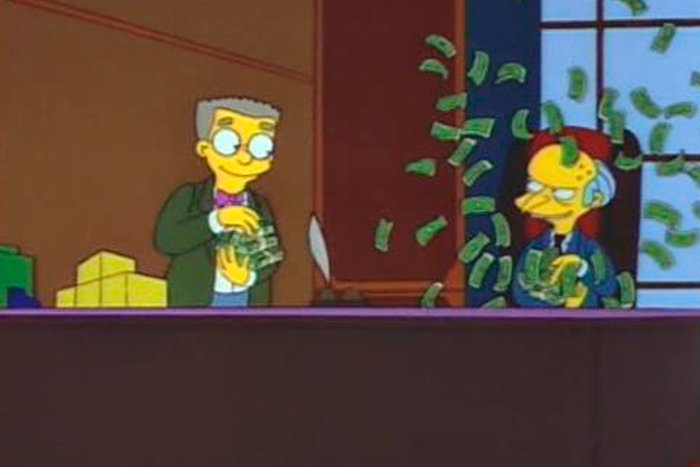 Politics
Stop Being Hitler and Give This Rich Man a Massage