The Year in Tension

Day-to-day, I, a queer Native person leaping around this deeply stolen and homophobic land, try to lessen the ambient tensions floating in my air. Now I had to do the opposite.

Tommy “Teebs” Pico is a poet from the Viejas Indian reservation of the Kumeyaay nation. He... 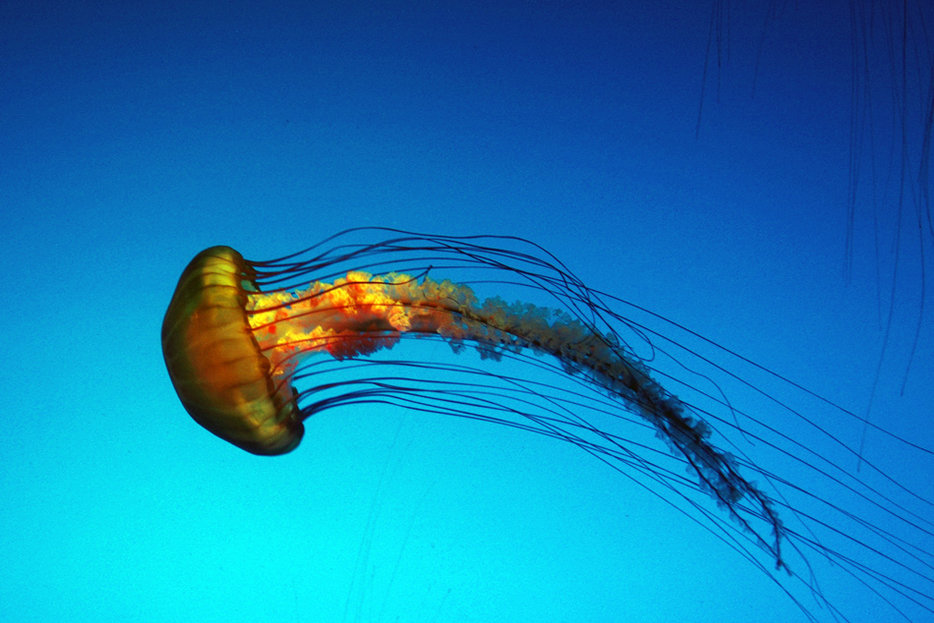 Dr. John, my therapist of approximately 69 million years, pushes his glasses up the brim of his nose. He’s satisfied and I’m messed up. I’d been casually explaining to Dr. John that I no longer receive pleasure from things like eating, fucking, or running (nbd lol smiley face), and it was freaking me out. Now listen, I have a world champion appetite; I co-host a podcast called Food 4 Thot with the tagline “Four gay sluts who love to read”—I come by my thottery honestly; and it’s a point of personal pride that I have, over the years, built up the stamina to run ~30 miles a week. Dr. John, what’s going on? I stared into him. Frankly it’s weird and eerie to stick a bite of macho nachos (no sour cream) in my craw and immediately want to spit it out. It’s weird and eerie to not even have the desire to be talking to some tall glass of water (or diet root beer if you will [bc I will]), to not even have the desire to pull some casual boners-in-sweatpants porn up to the bumper. It’s weeeeeeird and eeeeerie to hop on the treadmill, cue the Missy Elliott, and then lurch right off in a fit of nausea. Dr. John, I says, Dr. John am I going crazy?

But to give you a little context I think I need to take us back. Waaaay back. Back into tiiiime: My Year in Tension. Oh! but first: The Year I Broke.

2016 was kind of a watershed moment for me and my “career,” inasmuch as poetry can be considered a career. Lmfao. My first book came out, I had this profile in The New Yorker, I signed a deal for my second book and even wrote a third one! I cannonballed my way through a grueling but overall whistle-wetting book tour that took me all over the Northeast and the Pacific Northwest (I don’t drive [because I fall asleep behind the wheel of a car I call it “carcolepsy”] so that somewhat limited my regional options slash topic of another conversation slash as far as I know I came up with the term “carcolepsy” but Urban Dictionary doesn’t seem to think so MOVING ON I’M FINE). Because of the tour I made a bunch of new friends, good friends, all over Amherst, Baltimore, Philly, Seattle, etc. In Portland at the Tin House Summer Writers retreat (where I was a scholar in poetry nbd humble brag except that’s not a humble brag at all is it? That’s more of a brag queen *bites fist*), I met the guys who would eventually become co-hosts of my podcast. Finally, I was approached with an unprecedented writing opportunity which I will detail later. However cloistered I’d felt toiling away in obscurity in New York for 13 years just trying to keep the lights on or whatever, making zines and occasionally love (yuk yuk), 2016 offered me something I never had before: Mobility.

I was on the beach that summer offering to pee on my then-boyfriend when I got the call. He’d pointed out some jellyfishes in the surf and when I offered my services in case of a sting, he got way too bobble-head-on-a-bumpy-road enthusiastic, which led to an incident in the shower later that night, which? Okay, I’m not trying to shame anyone, and turning someone on with very little personal effort is hashtag my brand, but I don’t think watersports is my thing. And then he was like, gurgling it and I don’t… Actually let me not bring someone else’s business into this thing. What were we talking about again? Oh yes, the call. So: Beach. Jellyfishes. Pee. Ring, ring, ring.

It was Cinereach Ltd. on the horn, a film production company in the city, inviting me to their offices in Flatiron to talk about an “opportunity” they wanted to offer. Maybe they needed an office assistant? Maybe they needed someone to, I don’t know, write copy? Errand boy?

“We love your writing, we’ve been passing your stuff around the office, and we think there’s a movie in here somewhere.”

Just imagine the open-mouthed gobsmackery that flooded my face when they offered to commission me to write a screenplay. A screenplay? Yup. A freaking screenplay. Keep in mind at this point I hadn’t even so much as read a screenplay before. Professional movie people were asking me what my favorite films were, and I’d answer (honestly), why—Wayne’s World and Sister Act 2 of course! I’m a bibliophile, not a cinephile. Why me, for this? I’d spent much of the past three years writing three book-length poems, and in poems elements like plot, characters, dialogue, narrative, etc. are incidental. They can happen, but they don’t have to. In dramatic writing, plot/characters/dialogue/narrative etc. are pretty much essential. I had no business writing for the screen. Then they slid me a number with some zeroes in it and I was like… HELLO. OKAY. YES. Let’s do this! I got you, and that shit will be on time. That’s what my face said, anyway. In the bubble of my belly, however, I was endless-scream-twitter screaming. All I could think of were all the ways I was unqualified for such an undertaking.

Inherent in the definition of tension is stretching. “Tension” derives from the Latin tensionem, “a stretching,” and its Proto-Indo-European root *ten, or “stretch.” Tension. Tenet. Tenure. It was spring 2017 when writing the beast started in earnest. All the plants and bears (the gay kind) bloomed out of hibernation, as I went into a fluorescent-lit co-working space in Bushwick (kill me) with nothing but my game face and abject fucking terror. When I expressed apprehension over the whole deal, my good friend and co-conspirator, the divine Morgan Parker, was like A straight white man wouldn’t think twice, so you can’t either. I was like fuck you! Too real! I had to be willing to stretch as far to my ends as I could get.

I can’t tell you the details of the story (contract, natch) but I will tell you after teaching myself the basics (what is a plot? What are scenes supposed to do? What’s the wifi password?), figuring out a story I wanted to tell, and writing shitty rough draft after shitty rough draft like that gif of cats typing furiously, I kept getting the same note from Cinereach: Find ways of increasing the dramatic tension. I was writing characters who talked to each other, who were friends, who wanted the best for one another. They had a language for their pain. They didn’t always make the right decisions, but they tried. They tried and they learned. They learned and they did better. In other words, it was boring af.

I took their notes and spent day after day in my office thinking of ways that people could be awful and manipulative. I had to give them secrets. They had to scream at each other. They had to blame someone else when they didn’t get what they wanted. They had to make the wrong decision on purpose. They had to break rules and record players and give each other ultimatums. The story got better, more dramatic, more high stakes, but I started to notice something in my daily life. A dry rub. The nbd absence of pleasure thing I was telling you about.

Dr. John noted that the activities I’d outlined were the result of tension. Hunger is a tension you relieve by eating. Horniness is a tension you relieve by fucking. Running is one giant tension-relief valve. Day-to-day, a queer Native person leaping around this deeply stolen and homophobic land, I generally try to lessen the ambient tensions floating in my air. The job, however, was now about increasing the dramatic tension of any given interaction. I was stuffed to the gills with tension. It was necessary. Relieving that tension subconsciously felt like erasing all the work I’d done to stockpile my little dramas. Dr. John that’s… whew that’s exactly why I pay you, I said while gathering my things at the end of our appointment, a little lighter but not totally off the hook.

Most of the rest of the year I sat grinding in my hovel, working on my hunchback and facial tics (and ostensibly a screenplay). I remember the day I finished it (partly because it was monumental and partly because it was like last week lol). I hit “send” on my final draft. I sat in the dark in a room at my friend’s place in Portland and cried for two hours. All of that build-up and finally a release. I slept for 12 hours and in the morning got myself a sheet cake from the grocery store. I ate the vanilla chocolate swirl in my friend’s backyard. I texted my crush. It rained. It rained. It rained.

Tommy “Teebs” Pico is a poet from the Viejas Indian reservation of the Kumeyaay nation. He authored the books IRL, Nature Poem, and Junk, & myriad keen Tweets including “Sitting on the Cock of the Gay.” He is co-curator of the reading series Poets With Attitude (PWA) with Morgan Parker, and co-host of the podcast Food 4 Thot. His Myers-Briggs is IDGAF. 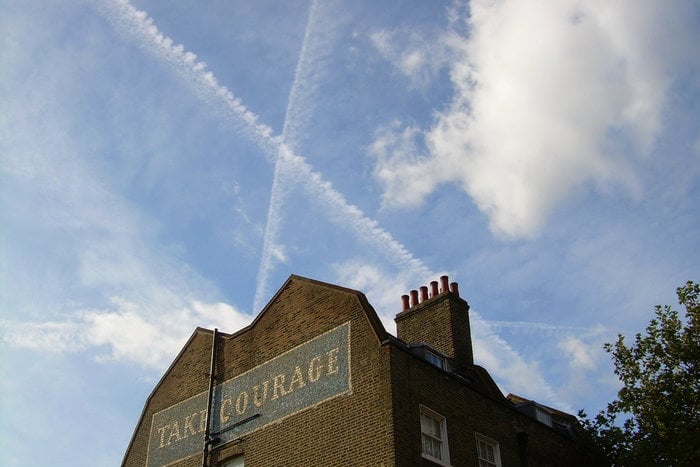 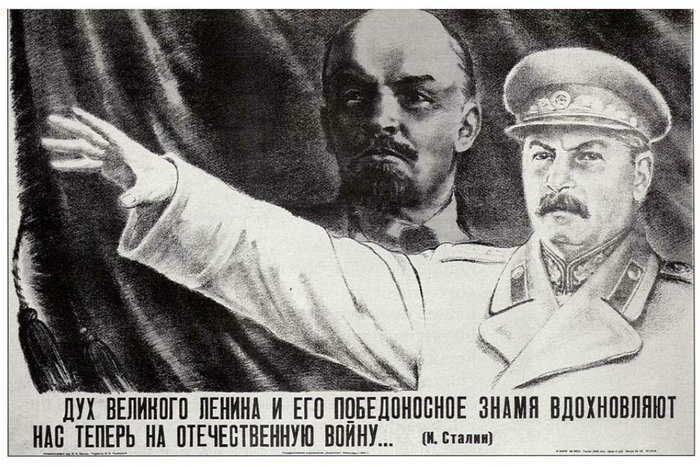 Essay
Remembering in Russian
Extraordinary as it may seem, Stalin’s 21st-century comeback is so ordinary it’s almost on time—and it reveals the…