The Year in Plants

Taking care of living things is a science of intuition—I had no guarantee that my choices would be more helpful than harmful.

Judnick Mayard is a screenwriter living in Los Angeles. She writes on Lazor Wulf on... 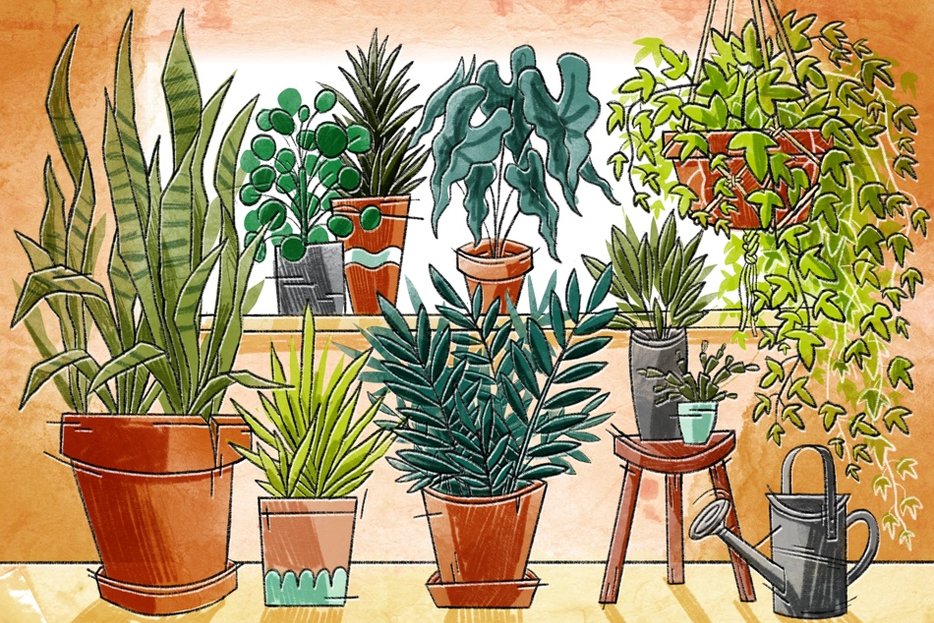 In January of 2019 a friend told me she was moving back to New York and asked if I would be interested in taking over her apartment in Los Angeles. When I first moved here two years earlier, I’d hopped around from house to house, relying on friends’ couches and kindness while I tried to root myself; this was the large, lofty space, full of blinding amounts of California sunlight, of my dreams. Along with the furniture, she left me NINE different plants. “They need to be watered more than you think” was her only instruction, and though I had no clue what that meant, I plastered it to the forefront of my mind. Overnight, I had become a foster plant mom.

I texted my plant-obsessed friends photos of the “babies,” so happy to join the club and blissfully unaware of what kind of work went into taking care of plants in the desert. In response, my homie sent back exact instructions from his auntie; I felt blessed for the crash course and was determined to be nothing but successful. The cardboard palm, African violet, and goldfish plant all needed repotting. There was Devil’s ivy above the fridge growing wild that needed trimming, along with a gorgeous jade bush, a rubber plant made up of three separate four-foot tall stalks, a dracaena palm, and another, baby, rubber plant. There was a pinstripe plant that looked like it was in a deep coma, but maybe all it needed was regular watering.

I realized, quickly, how committed I had become to these plants’ growth, and how personally devastated I would be if anything happened to them. When a friend brought over an orchid as a housewarming gift, though, I felt affirmed. I’d grown up with plant lovers, spent years in and around homes with jungle corners, vines twisting out of mason jars along the windowsills—I could make this work.

But taking care of living things is a science of intuition. It requires empathy, and with objects that cannot talk nor bark back it is almost impossible to know what they need without the strictest observance. Not to mention, I had no idea what their history of treatment was. “They need to be watered more than you think.” How much did I think they needed to be watered? I was making a diagnosis based on what I could see in the moment and had no guarantee that my choices would be more helpful than harmful.

I put my tropical plants together and misted them for a hothouse effect. I gave them plant food and watched as some of them doubled in size while others faked the funk. I talked to them every morning, addressing each one while I drank my coffee; I’d aptly named them after my favorite divas: Zsa Zsa Gabor, Eartha Kitt, Emma “Baby Spice” Bunton, and even Alfre Woodard.

Then it happened. One day while watering my orchid in my kitchen sink, I destroyed it. As I removed the plant from under the faucet, I wasn’t paying attention and hit it against the cabinet right above the sink, breaking the stem attached to ALL the blooms. I felt insane. I frantically researched how to save it and developed a year-long plan. Would I even be in this apartment in a year? I wasn’t sure, but the thought of tossing it in the trash was too much to take.

Everything went downhill from there. Did you know cold weather burns leaves just like extreme heat? I didn’t. Every day I was on Google with another question: how do I get rid of the gnats that seemed to have come extra with the soil I bought? Why were there brown spots on the leaves? Why did the jade bush bloom on Tuesday and then literally shed every leaf like a snake on Saturday? What the hell were these mushrooms growing on my soil? I hadn’t been able shake my friend’s now-ominous initial advice—“they need to be watered more than you think”—and so I’d been splashing water from my Brita all over the topsoil; now it was clear that I was drowning them. I would forget when I had watered them last and freak out, dipping my finger into the topsoil and asking myself if it was damp or just cold. Some days I would be unable to even touch them because I was so frozen with disappointment at my “mothering,” then other days I would be determined to try again, remembering the only thing they needed from me was to keep trying to keep them alive.

Summer came and everyone bloomed. My orchid was still growing healthy roots. I moved things around again to my taste. I felt like I had begun to understand my plants, but I was still a disorganized mom: watering from memory, not measuring, and overreacting to things that went bad rather than actively working on the good. I read some more, not just about plants but about my attachment styles, about my anxiety and about my depression. I let the plants take care of me for a bit. They listened to my stories and my music and watched me pace around the house when I should have been writing scripts. They were silent witnesses to my cooking, my writing, my growth. After a drastic sinus infection, I bought an air purifier and a humidifier. A friend commented on how happy these items would make my plants, and I realized they needed them just as much as I did.

During a trip to London in the summer, four plants dried up in my absence, sending me down a path of despair. A few months later, a friend sent me a moisture meter. I was grateful for the help and reached out for some more. I ordered some soil while a friend was staying with me and had them keep me company as I repotted. I made a chart about my plants and set reminders for when to water them as the florist had suggested. After a friend posted their watering schedule on Instagram, I began to measure out the water in strict cupfuls. I reminded myself it wasn’t about my ego—it was about taking care of the things that took care of me. Trial and error and commitment. It terrified me to think that things might depend on me over long periods of time. That they would need me not just to be perfect but to be present, patient, observant, brave, and empathetic. These were significant things that I could practice and improve, not just for them but for myself and my own community. I could be those things.

And so, me and the divas have entered our winter hibernation. Some nights I sleep with them in the living room so they can have the heater and humidifier—it’s a sauna for all of us, and reminds me that I could use that treatment, too. In a year, my plants have taught me confidence, but they’ve also taught me to take root in my home and in my self. I belong here.

Judnick Mayard is a screenwriter living in Los Angeles. She writes on Lazor Wulf on Adult Swim and Netflix’s upcoming show ENTERGALACTIC. 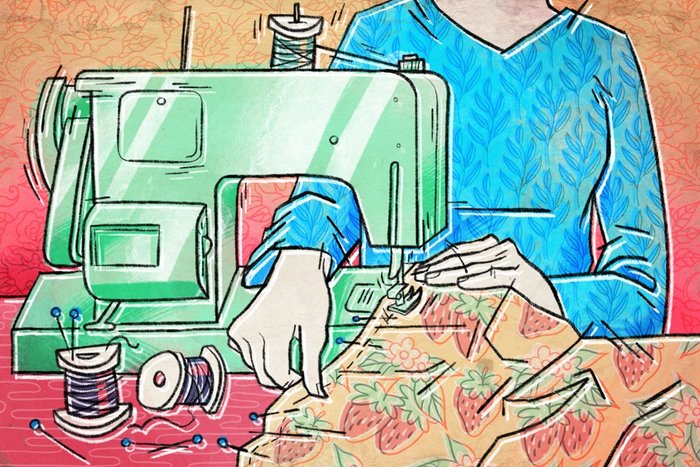 2019 in Review
The Year in Making Clothes
Threading a needle is a momentary sideline from a feeling that might otherwise darken me completely. That can be enough… 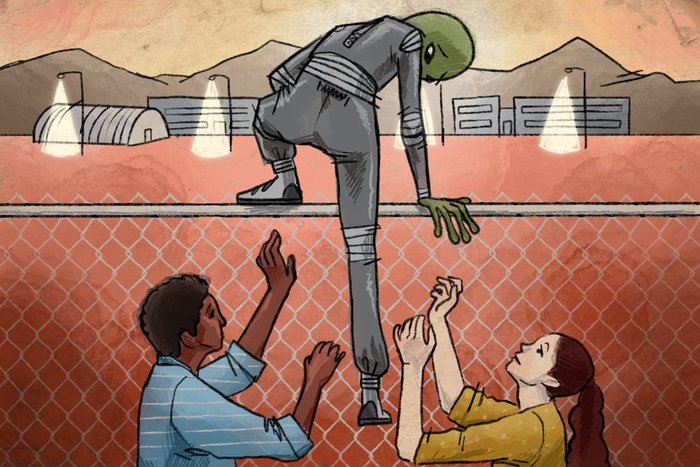