The Year in How Things Seem

I thought giving generously would mean, when I needed it, I’d receive help without asking. I am learning that life is not a mind reader. 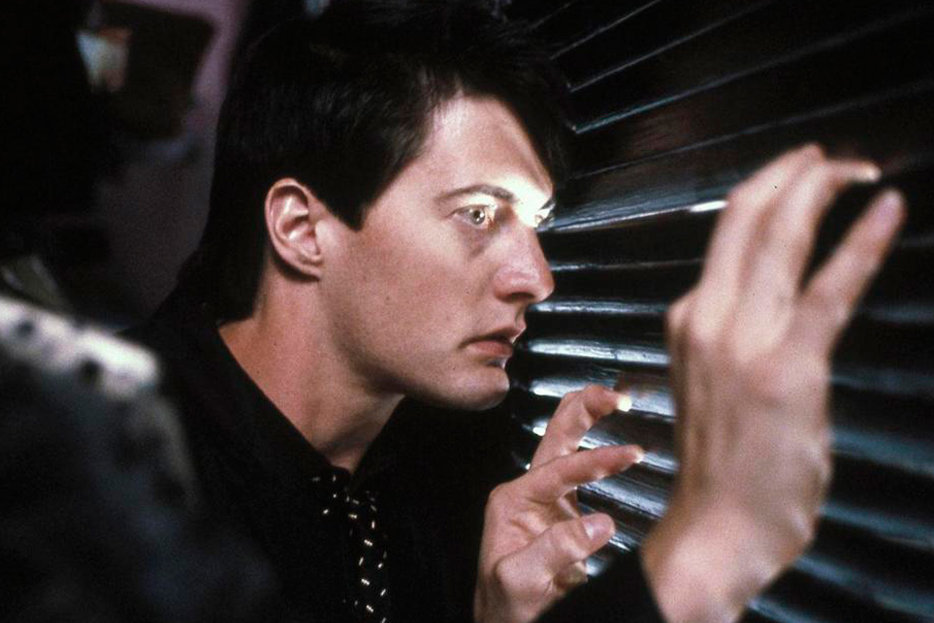 Things are not what they seem is a common leitmotif of film; the eeriness of a suburban family against the backdrop of pristine Americanism. In Blue Velvet, a young, cherub-faced Kyle MacLachlan finds a severed human ear in the gladed green grass. In American Beauty, an idyllic family life thinly veils a marriage falling apart, betrayal, greed and Lolita-esque seduction. In Ordinary People, a family in mourning tries to remain stoic in the face of sadness. The darkness of mundanity is just beneath the quaint surface, stewing, bubbling, wanting and waiting to erupt. I’ve always related to the facade of togetherness.

When I was younger, I was good at telling stories. Generally, I told them to create a familial fantasy, some strange fiction that I had concocted about the very normal, and very loving, life that I led. I lied gratuitously about my mother, who worked as an artist and as a part-time daycare worker; about my father, a lecturer (later a professor), because I wanted to make believe that we had money and grandeur. I wanted to make believe that my mother wasn’t crazy, and that she loved me—and that the bruises on my arms, the cuts on my back, weren’t from her, that I was a silly clumsy kid who walked into chairs and walls, a kid who played on trees too often, the wounding branches and leaves macerating my fragile exterior.

Messy little thing that I was, it was easy to believe. After a while even I began to believe that narrative, too. Believing that I was, in fact, worthless—too worthless to look after myself, thinking that’s why my mother didn’t, either. I convinced myself that I was undeserving of the love I saw other children bask in. There was always a constant, heady part of me that wanted to self-immolate, thinking that the answer to my prayers was death; I was suicidal at ten. Outwardly, though, I seemed confident, alive like a current, seeking approval from friends, teachers, acquaintances, needing to be absolved of my sins. Friendly, and hungry, wildly—I’ve always been well liked.

My father very slyly sent me an article a few years back that detailed how millennials (and, strangely, genXers as well) are more historically depressed because of—get this—Facebook. Zuckerberg, creating everlasting divides. The piece detailed a rise in our collective frustration that lives were being led without us that looked so much better than our own. The stories we tell of ourselves are rooted in some hopeful imagination about what we wish we had, or what we think we deserve.

How many times have I looked towards a friend, and been happy for all their accomplishments, only to feel utterly terrible about myself shortly after? Jealousy, I’ve been told, is a good fuel—but what happens when it becomes toxic, like a sugar plum rotting in the sun, turned sour? What happens when you can’t alchemize it, and it, instead, becomes weaponized against you?

I’m rarely jealous, but often sad. Sad at my feelings of invisibility (feelings I understand are ridiculous), sad that I feel like my career has been slow to build—I’m 28, and have been freelancing patiently, regularly, for eight years, and yet my career as a writer sometimes feels like it’s somewhat plateaued. Sometimes, I feel bitter.

Yet, there are moments, cherished moments, of visibility that feel like a reminder that I’m on the right path. There have been moments of resoluteness, where things have felt like they’re making sense. In these moments, the gaps feel less all-encompassing. Writing is generally how I feel sedated, but in this past just-over-a-year, there have been moments where it felt purposeful.

Social media has a way of validating things that don’t necessarily need to be validated. Like a singular, pithy line, or a glorious magic-hour selfie. Such things, up until now, were done in relative obscurity, with a scrawl in one’s journal, or on a manual Canon SLR, and then forgotten.

In January of last year, a few days after my birthday, I found my mother in her room, slumped at the edge of her bed, immobile from a suicide attempt. She was crumpled like a non-human, and when I saw her, something kicked in. I wasn’t her daughter, I was her caretaker. I have always been my mother’s that, I just never wanted the job. For days, I nursed her, and for nights on end she would come to my door, screaming, knocking, at 2 a.m., at 3 a.m., needing the solace of someone who she hopes loves her. I would have to pull her out of her anxiety, her depression, massage her swollen feet, whisper her prayers, and remind her that she would be alright. I had done this my whole life. It’s wild how in those moments time is endless, circular. It was like a replay of every single time I’ve come to her aid, a cycle of violence, continued.

A few days after her attempt, I got an email from the publisher I was working with on my first book to find out that they were going under. A week later, the Muslim ban happened, just as I was planning to move back to the United States to start a new, fruitful life.

As all of this was going on, I was interviewed by Vogue about visibility and style. I shared it on social media, and friends congratulated me. It felt strange to encourage a certain perspective of my togetherness, of my “success,” at this moment. I didn’t know how to say that things are never as they seem. The alternative, though, sounded like a petty defense, so, for the most part, I stayed quiet, not knowing how to describe the fact that in moments of life and death, career highlights (big or small) are strangely arbitrary. On social media, how do you describe your unhappiness—the devastating reality of depression, your mother’s illness, usurping you like a black cloud? How do you detail sadness, without seeming maniacal, or obsessed with pain?

The thing is, some people have a natural shield, a presence of togetherness; a semblance of strength. Some people can be ruptured and still maintain a composure that borders on sociopathic. Some people don’t know how to turn to a friend, a lover, and say: I’m tired, please help me; or: I’m exhausted, let me rest.

I am one of these odd, incongruent humans who doesn’t know how to ask any old soul for help. I thought giving a lot, with kindness, would mean, when it was my turn, like karma, I would receive it without asking. I am learning, though, rather indelicately, that life isn’t a mind-reader.

Women are not taught to seek help, at least we are not conditioned to it. I was always preened for a man, for birthing, or wifedom, but never for myself; my needs. Even to myself, what I want is oh so very secondary. It becomes such a naturalized waltz of picking up laundry, and cooking meals, and hurling myself towards caring for another human with such sedated eagerness, openness. Brutalizing my own comfort, I will always  genuflect at the altar of somebody else. Conveying not a glimpse of shattering pain, or interior misery and sadness. Instead friends closest to me have always been surprised that I might suffer from depression, saying, “But, you always look so happy.”

I’ve recently become friends with a young poet that I deeply admire. Their career is one of those rare gems of overwhelming accomplishment—a New York Times Best Seller in their early twenties, millions of copies of their book sold worldwide. Before knowing them it would have been easy to create a narrative of their quiet luck. Oh, how nice it must be to be known! To be read! To be that idolized! Talking to them, however, has been deeply humbling. I’ve found out the opposite, learning all the ways in which they have been attacked online and how they’ve both surreptitiously, and publically, been hurt by people close to them, how they’ve lost friends. It made me realize how often we put people on pedestals of invincibility. How it’s so easy to misjudge and create interpretations of somebody’s life, just because of the supposed “virtue” of fame. It also showed me how deeply divided we are, and how we’re unwilling to accept others’ successes, because so often it feels like an attack on us, as if their accomplishment is a reflection of our own demise.

Life isn’t a mind reader, and neither are people. There’s an important lesson to be learnt as we move forward in this age of over-information, when everyone’s lives are available to us in formatted, clickable views. The old adage of never assuming anyone’s baggage continuously plays in my head, like a song, as I’m learning, in turn, how to intuit that sometimes asking for help is a revolutionary choice. I’m realizing that they’re linked. That they’re both about expecting more from humankind, and knowing what you deserve is a powerful, resonating thing. But, there’s also something to be considered about putting people on untouchable platforms, only to pull them off, a knife to the back. How do we function as a society, if we’re unwilling to appreciate people’s foibles, their tacky flaws, how do we evolve if there’s no place to fall?

There’s a dark side of everyone, shadows unseen. Yet, despite it all, I’m learning that a good reminder is this: growing older is not jumping to conclusions about people. It is assuming less, and allowing people to surprise me, in the most earnest of ways. It’s about nurturing the idea of being nurtured, and understanding that it’s two-fold: to be and to nurture are a part of the same device. It’s about knowing everyone has baggage, and that most human things are never truly as they seem.

My good friend Gleb explained to me once that in Eastern European Jewish tradition, bad things come in threes, only to make room for positive things to occur. He assured me that brighter days were coming. He told me I’d be okay. 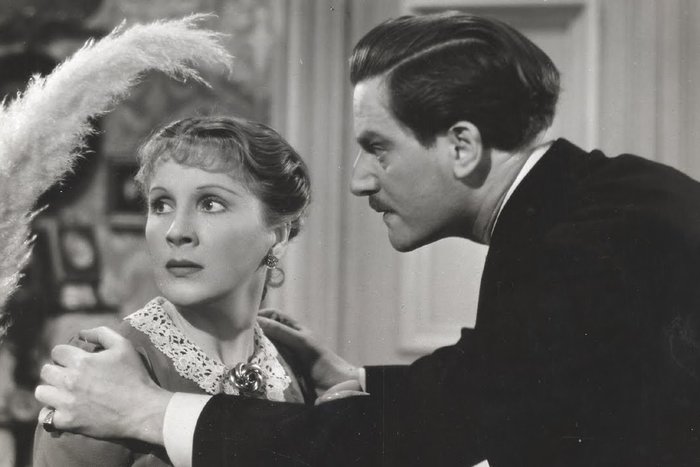 2018 in Review
The Year in Rebuilding
That’s the thing with emotional abuse. You stop trusting yourself, which makes it hard to be alone, so you stay and you… 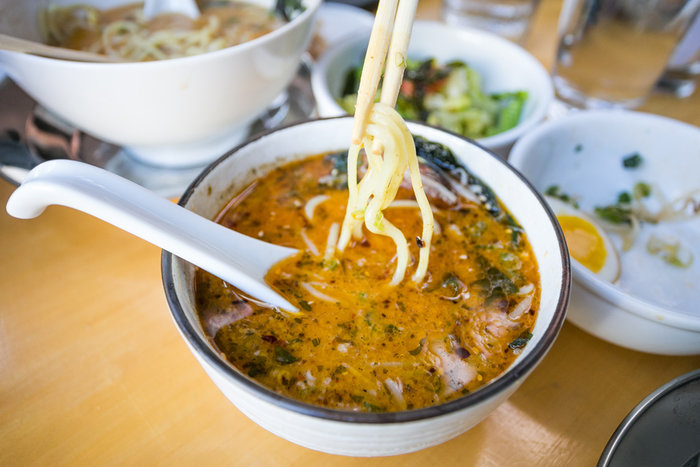 2018 in Review
The Year in Broth
My memories of these meals carried me, unwaveringly, from month to wretched month—attempting to re-conjure them gave me…