The Year in Broth

My memories of these meals carried me, unwaveringly, from month to wretched month—attempting to re-conjure them gave me something to do at my most desperate.

Bryan Washington is the author of Lot. His first novel, Memorial, will be released... 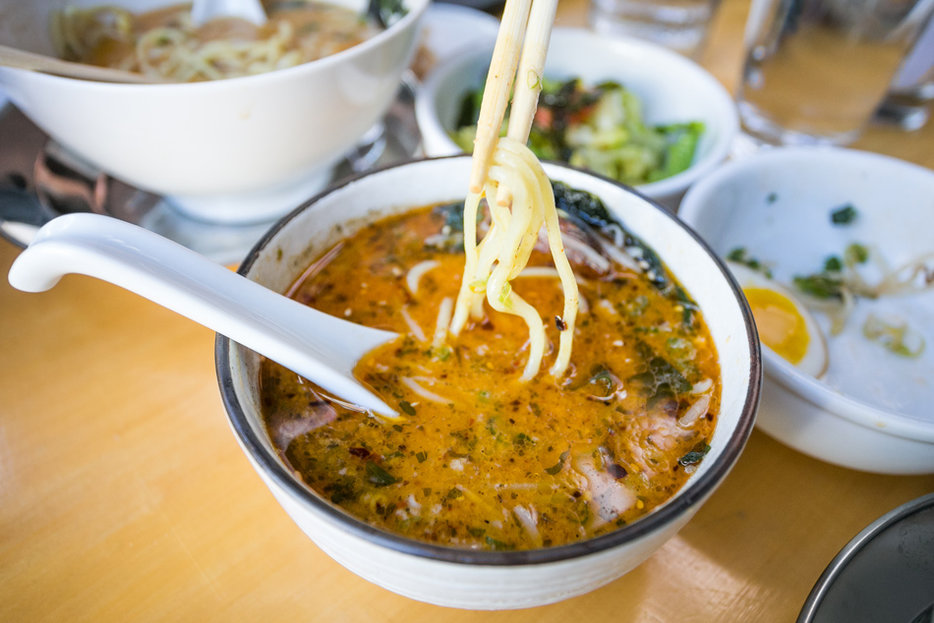 Honestly, who knows how many hours I’ve spent watching broth on the stove. Watching it simmer. Watching it boil. Sprinkling chiles before I stirred the minced garlic, but only after I’d already spooned in some watered-down doenjang. Or, on other days, I’d whisk whole cans of coconut milk in the pot, entirely unperturbed, setting the base for a blistering heat. I’d sip a teaspoon and dash the rest towards the fridge. Or I’d ladle a thimble, and then a palmful, until curiosity evolved into gluttony, spilling down my chin, and the serving I was taste-testing entirely overwhelmed me, and the front of my hoodie was drenched. But I knew, no matter what, the resulting liquid would always add up to failure; I was doomed (I am doomed) to chase a proverbial, soup-y dragon. No matter the recipe. Forever and onwards. Which makes sense, probably, since, more often than not, I was only chasing the memory of a taste, or maybe the memory of the thought of taste, and also the color it’d left on my tongue.

Throughout 2018, the present was brusque and gauche. The absolute fucking worst. And while I had neither the desire nor the resources to requisition the past for comfort, the remembrance of it—of how it tasted, specifically—was inescapable, so that’s what I yearned for: in the emergency room, at the bank, or just posted up in bed, scrolling through Tumblr on my phone. Because the mindset, I guess, went as follows: this year, I wanted comfort. And I find comfort in broth. In the bowls I grew up with, and the ones that have since blessed my stomach along the way. So, for months, this is what I tried recreating at the stove, with my timer on the counter and my back on the sofa and my ass on the wall, letting the blood rush to my head.

It makes less sense to try deducing how much broth I drank (too much), or how much I cooked (threefold), than to tell you which hues I tried finessing into reality: one of the most elusive iterations came from this trip I took as a kid. I’d been visiting family in Jamaica. We stood around this pit in thoroughly wooded country. My cousins slurped from styrofoam cups of soup absentmindedly, having warned me that my stomach wouldn’t (couldn’t!) handle the heat. The lanky stranger ladling the broth was older than me, but not absurdly so, and when he asked if I wanted a Scotch bonnet in my bowl, I stuttered, since I knew that I shouldn’t—but also, fuck it. And I accepted one nonetheless.

Maybe I thought he was cute. Maybe I wanted to impress him. The dude grinned, pouring me a few mouthfuls of the murky liquid, and I’d only taken half a sip before realizing there are some mistakes you can’t walk back from. I could’ve screamed. Could’ve popped. This was the most explosive thing I’ve ever tasted. The broth felt like the color orange. I spit it out immediately; the ladler stood unimpressed, but entirely unsurprised. That dalliance put me in bed for the day, and one day became three. Three days gelled into a week. But I’d spend the next decade pining for that same punch, dreaming about that shock in the back of my throat.

In another iteration, years later, a guy I was dating and me hit the sack after an argument. I was unreasonably upset, pissed off over some now unrecoverable thing. When I woke up, hours later, I found my dude hunched over a whole chicken, beside onions and fish sauce and white pepper and ginger knobs. We both had a habit of eating at all hours. We cooked to cool off. And his soup simmered in a pot on his single space burner, bubbling a familiar croon under the space heater. So I was pissed as my guy stirred the liquid, and I was pissed as he poured some in a chipped blue bowl, but, after the first sip, I was no longer upset: I wasn’t anything. It was the clearest broth I’ve ever tasted. The absolute purest. When I asked him what it was, my guy called it Just Something My Grandmother Showed Me. The recipe was in her hands. Now, he was trying to figure it out, too. We ladled noodles in the broth, sipping from Tupperware on a busted futon, dipping shredded chicken in the bowl between us with our fingers.

My memories of these meals carried me, unwaveringly, from month to wretched month. Attempting to re-conjure them gave me something to do at my most desperate. And broth has always intimidated me. Maybe it always will. The liquid grounds you. You’re gauging its temperature. You’re tasting it deeply, and now you’re taking a breath, and then you’re picking up the bowl, and you’re inhaling it, slowly, fully, and then you are gone.

Sometimes, rarely, I found what I was looking for in my kitchen, after hours (days) of simmering. Usually, my chances were better out in the world. On a shotgun trip to New Orleans this summer—to figure out some paperwork for my car—I hit up the Mexican restaurant I always pass through on Carrolton. One of the waiters, a guy named Jesús, sat beside me, something he’d never done. As the guy next in line to inherit the place, he usually ate at the counter. But today, he savored a bowl of menudo, steaming by the spoonful, and the aroma had me holding my breath, biting my gums, toying with the chips and salsa. When Jesús finally asked what I wanted, after I’d watched him for what felt like eons (if not five long minutes), I told him the same thing he had, he could even just pass his bowl, and before he brought back my own serving of warmth, he grinned, and we shared that moment, the same taste on our tongues.

Or when, a few months earlier, at another counter, this time in Chiyoda, a lady in a train station’s ramen shop watched me watch her eat some tsukemen. When my bowls finally came, at about half the size of hers, she actually flagged our server down to tell him something I couldn’t catch. It was another thirty seconds before I was given another batch, with twice as much broth. I beamed. I blushed. The broth was entirely delicious. And that’s when this lady—texting in one hand, tanking noodles in the other—waved her chopsticks at me, laughing, before turning back to her phone, main-lining her own bowl.

But can you end a year on a positive note by saying you couldn’t accomplish a thing? That its ambition was too much for you? Entirely unattainable? And, even worse, that you knew that going in, from the very beginning, so this lack of accomplishment isn’t a bummer or even bittersweet—it just is?

A few months back, my mother and I hit up this phở spot out in the suburbs, just outside of Houston. A bunch of groups huddled around us, with too many stories of their own to count: a black lady and a Latino dude that could’ve been on their very first date. Two young men chatting with the waiter in Vietnamese, with their hair dyed blonde, legs crossed and giggling. A mother with three children, who addressed all of them sharply, without looking up from her meal, but they immediately responded to everything she said, cheesing all the while, and there was warmth in her voice, and everyone in the restaurant could feel it.

In our usual way of ordering out, my mother asked what I thought might be good. When I gave my recommendation, she ordered something else. I ordered the first thing. We shared. Both dishes were delicious. But when my mother finished with her bowl, she watched me eat another batch of noodles, and then a third, before she told me that the phở ga’s broth reminded her of another soup, cow foot in a broth that she used to cook back home, ladled beside rice and beans, and when I asked her what entwined them together , my mom started to tell me, after a pause, describing the holidays she’d cooked it on, and the mundane evenings too, with the pots crowded with greens, in the midst of friends and family, some since jailed or dead or relocated or just gone, until my mom’s telling waned into the silence that recollection can sometimes give you, because the thing about something that gives you comfort is that its absence can rip you from it, too. (And this was hardly a rare occurrence: once, during my crazy boi years, on a rare visit home, my mom made ackee and codfish alongside what were basically scallion pancakes, and after a minute or two of my absolute shock, my mother, entirely exasperated, unendingly gracious, told the story of the Chinese market in her childhood town, and the recipes her family lifted from the owners, including her now-fabled steamed bok choy, before that narration, too, drifted back into memory, and my mom reiterated that migration worked in mysterious ways, to stop being ridiculous, to look up from my books and towards the world they were actually talking about.)

At the end of our meal, we hummed over our bowls. My mother looked at the meals of the group of women beside us. And she said, I see oxtail, pointing at the slab steaming over some rice.

But we still haven’t made it back. I still haven’t made the broth I’ve been searching for. Not an ounce of it. And I’ll probably never reach it, since what I’m chasing are memories, and memories are fleeting, so every pot with be full of failure—but there will always be another pot. That is, I guess, the tradeoff we make. Because here is a true thing: a good broth tastes like community. Whatever that looks like to you. When it tastes like that, it’s done. And, if home is a place and a taste and a time, what could be more difficult than conjuring it from your hands—sipping it incrementally, smashing time and space until you’ve gotten it just right.

So here is how I’ll continue to chronicle the passage of time: one day, my mom and I will go back to that restaurant. Eventually, we’ll try the phở đuôi bò. That’s my internal clock. And, despite the forces working against that wish, I’ll do my best to stick around until we do, until there is another pot of broth to try, a broth that tastes like home.

Bryan Washington is the author of Lot. His first novel, Memorial, will be released in the fall. 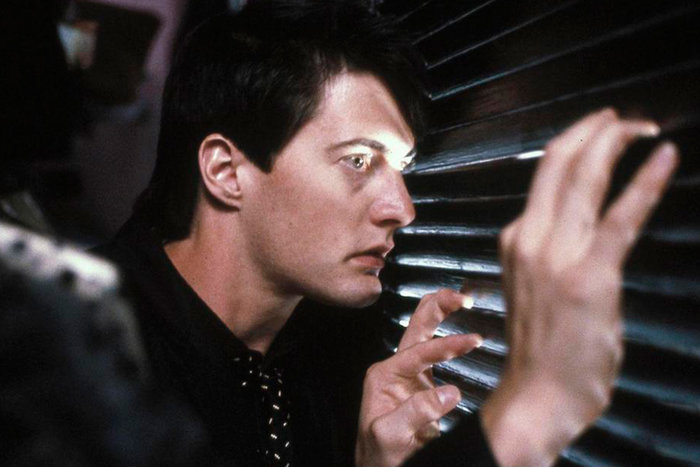 2018 in Review
The Year in How Things Seem
I thought giving generously would mean, when I needed it, I’d receive help without asking. I am learning that… 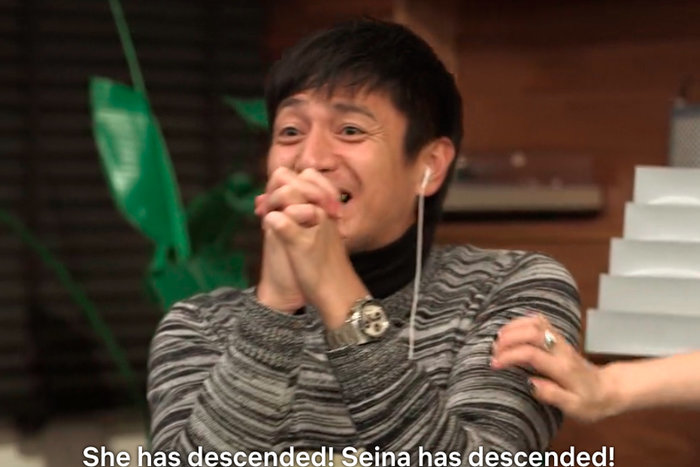 2018 in Review
The Year in the Meat Crime
Terrace House makes reality TV engrossing, ensuring a long-maligned medium and its most maligned genre are streaming…