Writers and Mentors and What Happens In Between

On the vagaries and virtues of the literary mentorship—Miranda Hill talks with Rick Moody, Jim Shepard, Zsuzsi Gartner, Sarah Selecky, and John Burnside.

Miranda Hill is the author of the story collection Sleeping Funny (Doubleday Canada, 2012). She... 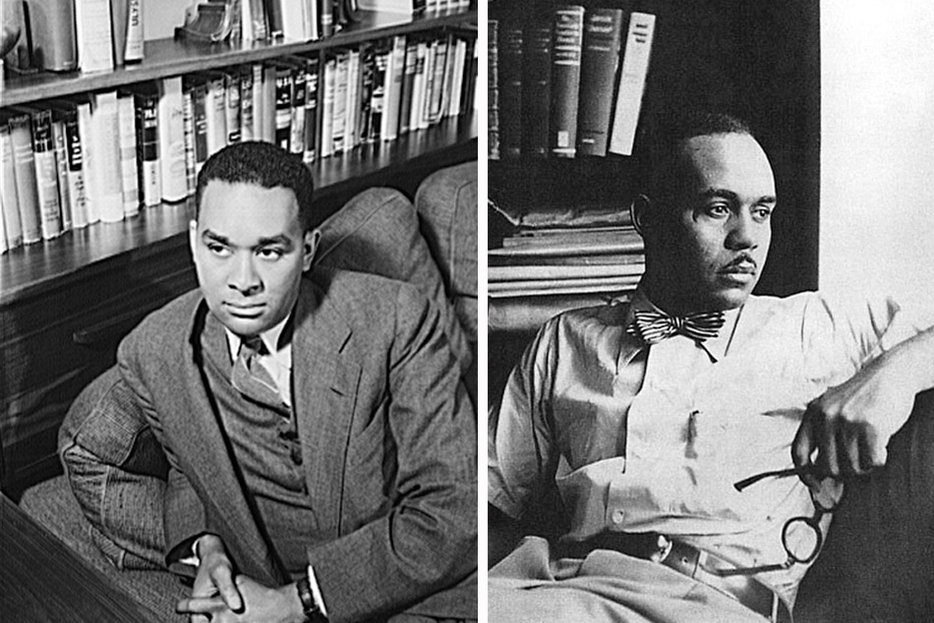 In writing circles, it’s not unusual to hear seasoned writers maligning the output of MFA programs and wondering why the kids can’t just get it together, move into a garret and learn things on their own, the way writers did in the good old days.

For a more varied perspective, I asked five teachers of creative writing (who are also respected writers) to talk about the experience of teaching or mentoring and the effects they may have on their students—as writers and people.

Zsuzsi Gartner is the author of the Giller-nominated Better Living Through Plastic Explosives, and has worked at the MFA program at the University of British Columbia where she taught several years of students, including me and another member of our panel, Sarah Selecky. Sarah is the author of the Giller-nominated collection This Cake is for the Party. Sarah has been teaching creative writing “in her living room” for ten years, and recently developed a comprehensive online instruction module called “Story is a State of Mind.” John Burnside is a Scottish writer and poet whose most recent collection, Black Cat Bone, won the T.S. Eliot Prize in 2011. He teaches at the University of St. Andrews. Jim Shepard is the author of several novels and short story collections, including Like You’d Understand, Anyway which won The Story Prize in 2007. Jim is on the faculty at Williams College and works with emerging writers at various writers’ conferences including Bread Loaf and Sirenland. Rick Moody is the author of many books, including the contemporary classics The Ice Storm and Purple America. His teaching credits include Bennington College and New York University.

I’ll begin with admitting a certain bias here: I feel that who I am as a writer is traceable to mentorship. I would say that my experience with Zsuzsi is not the warm-and-fuzzy-grandma’s-cookies kind of encouragement. I’ve often referred to Zsuzsi as an exacting track coach who believes you can run the distance under 10, so you strive to do it. She seemed to have a sense of what you can do, so you want to accomplish it.

Rick, you wrote an interesting essay for The Atlantic on teaching versus mentorship in the creative writing world. Can you tell us about your experience with mentors versus teachers? And how that influences the way you treat the emerging writers you encounter?

Rick Moody: My experience of mentorship was much more confined to the undergraduate than graduate experience—in part that has to do with the way MFA and writing programs at the graduate level in the United States are based, which is kind of uniformly a workshop model.

My undergraduate experience was very different from that. The people I had at Brown in the early ’80s were so far out from that conventional workshop model—people like John Hawkes, who I think Jim Shepherd also had, and Angela Carter. Hawkes and Carter were remarkable in their willingness to intervene personally in the instruction of their students at all times.

So I would say the difference for me is not whether the instructor is warm and fuzzy or exacting and stern—the difference is whether there’s a personal intervention or not. And at Columbia, where I got my MFA, the program was really technocratic to some degree. It has a lot to do with where Columbia is in Manhattan, and the fact that most of the people that taught there had to take the train and were eager to leave when they were done. The shorter version for me is that people who teach undergraduate writers are often more emotionally engaged. And at least for me the sign above all other signs of mentorship is emotional engagement with the development of the students.

Jim, you also studied at Brown. Did you have the same kinds of experiences and influencers that Rick did. And now you teach at Williams College where you largely work with undergraduates.

Jim Shepard: Yeah, I would agree with Rick. With the one difference that I encountered Angela and Jack as a graduate student at Brown, but they, yes, they did intervene in the lives of those writers whose work they believed in. That emotional connection of modeling not only a way to write, but a way to be, seemed absolutely crucial.

Not only did they make themselves available outside the classroom, but they would also suggest to you—in ways that were quite reorienting—how pained they were that you hadn’t read certain things. There were so many wonderful moments when Jack would say to me, “So you’re a huge fan of Nabokov, have you read everything?” And I would say no, and he looked at me so pained that I immediately went off to the library and thought what kind of human being am I?

But Rick is right, in that the graduate experience is more Darwinian. But it just so happens that the people I encountered in graduate school were much more useful to me.

How do you carry over those experiences you had being mentored or taught when you’re dealing with people who come to your workshops. Do you see yourself as a teacher and a mentor?

Jim: I think of myself as both. As Rick said, mentorship in a lot of ways involves a connection to the whole person. I think we make ourselves available to the people who are the most promising and engaged in what they’re doing and those who are the most desirous in some ways of needing all that needs to be learned.

They would also suggest to you—in ways that were quite reorienting—how pained they were that you hadn’t read certain things. There were so many wonderful moments when Jack would say to me, “So you’re a huge fan of Nabokov, have you read everything?” And I would say no, and he looked at me so pained that I immediately went off to the library and thought what kind of human being am I?

John, you came out of an established career in computers. Did you have any mentors in your development as a writer?

John Burnside: No, not at all, I worked completely in isolation. I did study English as part of my first degree, then I did computer systems for ten years, and in that time I started writing. But I wasn’t even part of a workshop. I was just somebody sitting in a room treating it as a hobby. I ended up doing what writers here tend to do, which is drift into something academic. I came to St. Andrews University to teach literature, but part of the job is also teaching creative writing, undergrads and post-grads.

There are elements of mentoring in the relationship now, but it doesn’t appear to be at the level people are talking about here. There is a temptation to engage at that level, but it seems it would be unjust to engage with some people that way if you can’t engage with everyone. There are exceptions, it doesn’t happen with every student.

Zsuzsi, you’re the only writer here with writers you’ve actually mentored. What do you think is the difference between teaching and mentoring?

Zsuzsi: I think in mentoring there’s this idea of favoritism. In Rick’s piece that he wrote for The Atlantic he said Jack Hawkes played favourites, which was bad. But I just finished reading a book called Against Fairness. I don’t agree with everything in the book, and it’s not so much against fairness but in defense of favoritism, and it talks about why it is good as a value in society. When the author talks specifically about mentorship, he says many forms of favoritism are helpful to education, favourite teachers motivate students, favourite students motivate teachers… mentors who are allowed to choose their protégés are not just discriminating but carefully judging whether their special knowledge and skills can be safely entrusted to this person…

I think you can be a really good teacher, but a mentor is someone, as Rick says, who takes a personal interest in the writer’s work, but also them as a person. The relationship begins as a formal one—someone is paying to take a class—but when it becomes mentorship is when the mentor or the teacher shifts, and you’re doing more because you want to; this person is a future member of the writing tribe and you think it’s really important to get their writing out there and their work speaks to you.

Sarah, teaching is what many of us do to survive while we write our books. But even before you published your first collection you were developing yourself as a creative writing teacher. You developed a comprehensive online program but you also taught face-to-face. It seems to be a large part of who you are, can you tell me what it is about teaching/mentoring you identify so strongly with?

Sarah Selecky: I started teaching before I published anything, and before I met Zsuzsi, and before I’d been taught anything about writing myself. Now when I look back I ask, “What did I think I was doing?” I came to it way back then because I’d read books that had inspired me like Writing Down the Bones [by Natalie Goldberg], which I read at 19.

I wasn’t teaching at first, I was just part of groups writing together. Then it slowly became facilitating, and then as I eventually started working with some excellent writing teachers in undergrad, and then when I met Zsuzsi—it sort of blasted out what I thought teaching was, and then I just started doing it. Looking back now, I would never think I could have built my life that way. I didn’t know what I was doing but it became the way I learned how to write. And learning how to articulate what was going in my students’ stories helped me figure out what was going on in my stories.

Miranda Hill is the author of the story collection Sleeping Funny (Doubleday Canada, 2012). She is a graduate of the Optional Residency MFA in Creative Writing at the University of British Columbia and a recipient of the Writers’ Trust of Canada / McClelland & Stewart Journey Prize. Hill lives and writes in Hamilton, Ontario where she also runs the Canadian literary charity Project Bookmark Canada. 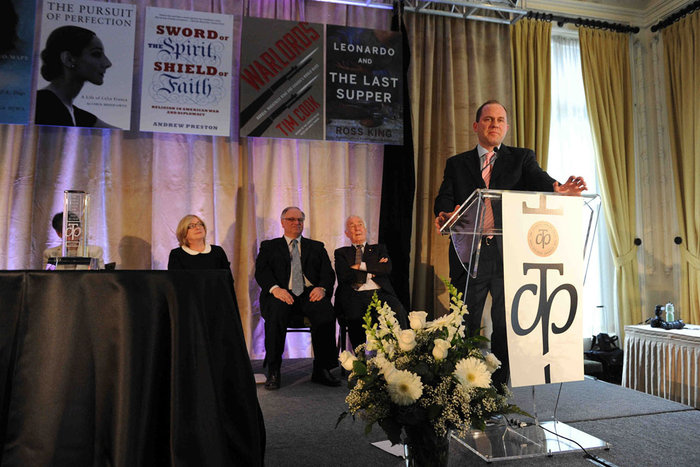 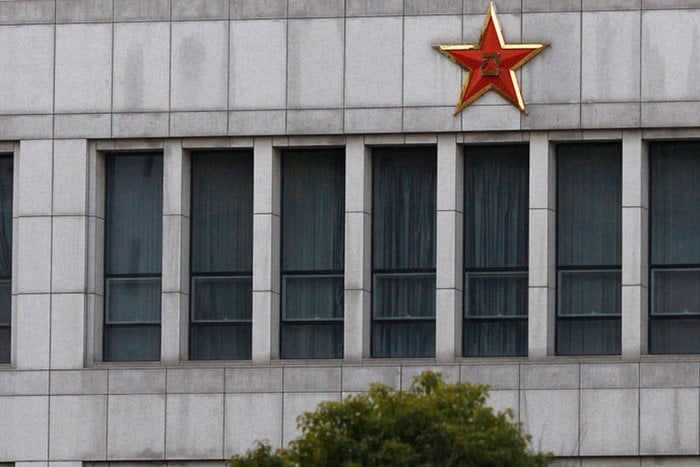 Marginalia
How to Get Rich and Betray the United States