Taiye Selasi: Writing Displacement and Getting Over the Agony of Being Misunderstood

Hazlitt talks with the author of Ghana Must Go about transnationalism, identity, and why we can’t escape our families. 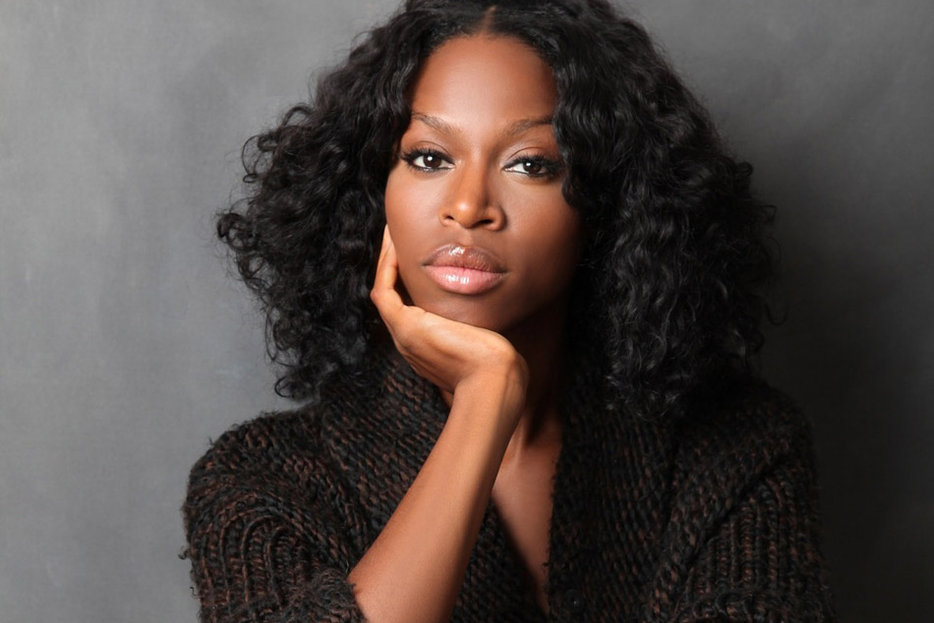 The 20th century belonged to nomads and optimists. With barely an idea and the means, hordes uprooted their lives in one place for a chance to try elsewhere. Immigration is a study, an improbably vast narrative, in how a single action gives rise to endless permutations. Displacement is a trauma that’s sometimes never resolved, particularly when it strips us of a sense of belonging that we never knew we needed.

That’s the universality found beneath our individual geotags. In her debut novel, Ghana Must Go, Taiye Selasi invokes Accra and Lagos and New York City and Brookline, Massachusetts, but the story isn’t about borders and places and tribes. Instead it’s about six individuals trying to find their place both within the world, and their own family. We caught up with the effusive London-born, America-reared, Nigerian-Ghanian writer during a recent visit to Toronto.

Reading the reviews and praise, it also feels like there are these weirdly hopeful expectations of you as a contemporary writer of African descent.

I don’t read reviews! I told my publicist and editor to not send them to me.

Totally. I don’t read the comments either.

You know what I mean? You’ve done your work. You write your piece, make it the best you can when you write and then it’s with the people.

But on this note of being “African.” I don’t buy it. I don’t buy this notion of African literature. Fiction, literature, is one of the few art forms that is so deeply human it allows us to attend to the most basic building blocks of social experience. Especially this novel, which is about family: husbands and wives, brothers and sisters, mothers and daughters. And I’ve traveled a lot, so that’s why I’m maybe more impressed by what’s the same than different. I think of the cultural accouterments as details and the emotions as the thing. And I think it’s a bit backward—for me, I wouldn’t tell anyone how to read—to talk about the countries that people come from and so much less about the lives that they’re living and the hurts that they sustain.

So you don’t consider yourself an African writer?

I don’t consider anyone an African writer. I’m with Ben Okri who says there are two types of writers: good writers and bad writers. And I believe that because I read everything. Arundhati Roy is one of my favourite novelists. So are Penelope Lively, George Elliot, Toni Morrison, Rohinton Mistry. I love words way too much to get caught up in the continent from which their creators come.

I saw this (lumping together) happen with two young beautiful Nigerian women, whose writing couldn’t be any more different: Helen Oyeyemi and Chimananda Ngozi Adichie. Oyeyemi’s is fantastical and speculative, and Adichie is a very traditional storyteller. Whose idea was it to put these two people, or their individual works, side-by-side?

There seems to be this weird inborn trepidation that some readers, even reviewers and interviewers, approach your book with. I was reading a newspaper’s review of Ghana Must Go and the patriarch Kweku’s name was misspelled throughout. It just threw me off, it put my back up.

[Laughs] His name is the first word of the novel. It’s like, how do you expect me to take the rest of this seriously?

Some people won’t, but that can’t stop anyone from putting stories out there. That simply can’t be my concern. I need so much quiet and silence to write, so it’s only in my interest as an artist to disengage. I’m more than happy to do the interviews and have these kinds of conversations because I think about these concepts in my other lives as an essayist and documentarian. I don’t come from a perspective of “if you don’t understand me that’s my problem and I have to beg you to get it.”

So who do you write for?

Many writers struggle with the burden of the audience. Did you deal with that?

Toni Morrison told me: “When you’re writing, the reader can’t be there with you.” I never thought of the reader, a nameless faceless shadow anyway, being that present. But it’s true: you can really invite that reader and their judgment and approval to where it does not belong. And I was in this deep writer’s block and afraid and she was like, “What is making you afraid? So you publish it, then what happens?” I realized I wasn’t even there in my mind.

In a recent essay for The Guardian you touch on fear: on being scared of truth.

Not scared of it, but embarrassed at a certain point by the extent to which my dad played into the very stereotypes of poor, African parenting to which I objected so strongly.

Why, as people of colour, are we so scared of our truths sometimes?

This is the conclusion that I’ve come to through my family: because we feel we’re the ones being judged. If ‘they’ don’t get it ‘we’ have to explain. In his takedown of Heart of Darkness, Chinua Achebe, rest in power, says “these people must have had other occupations besides merging into the evil forest or materializing out of it simply to plague Marlow and his dispirited band.” And I was like, indeed. Sometimes we can adopt this mentality of seeking acceptance too, without thinking that we are amongst the hardest working, highly trained members of the global population. Who is judging? Who is the audience? Thank god that before this novel was published I wrestled through that. So what if my dad had many wives? I didn’t! He did that, and I’m not happy about it but it’s over. And thank god for the genes I got, they’ve been helpful, needless to say! The problem, and I read this great essay on Gawker called “Our Kind of Ridiculous…”

Reading your book, I saw some parallels to Jhumpa Lahiri’s The Namesake. The duplicity of identity, tyrant of entirely fallible parents, intergenerational tensions—

Check, check, check! But you see what you did? You found a relevant text to liken the novel to despite the fact that the author is not west African and female.

Well, my real question is: why can’t we escape our families?

Oh! Because then what would we write about!

Your essay on “The Afropolitan” was particularly enjoyable because, for once, it focused on the joys of a new hybrid identity instead of the, like, pestilence and trauma of immigration.

Yes. I wrote about that when I was coming to terms with my own identity. I wrote that for everyone living in the same crack, the niche, to know that this is an idea that’s there for them. I know the conditions that gave rise to me and I like it. As soon as I relieved myself of the agony of being misunderstood—cue the Nina Simone—I was just like, let me be misunderstood then.

I really hope we’ll see more of that wonder and happiness in stories about immigration and diasporas.

In his Biafra memoir There Was A Country Achebe puts forth this idea that African writers have no choice but to be political. Do you agree?

So Achebe writes Things Fall Apart in ‘58, in the midst of (the first-wave of African decolonization) so of course it’s going to be political: during the evolution of his early writing career there’s a revolution underfoot. It’s not like I wrote my book in a context where people are agitating for liberation in the streets. Now we’re in a different moment where if the novel is going to contribute to anything, it’s the way it affects the individual. I wouldn’t call that political though it can be radical.

Within a transnationalism context, isn’t nationalism antithetical to the idea of creating an individual identity? I don’t believe in nationalism because of the very fact of my existence…

The nation-state is a fiction, an idea that started in the 1600s and evolved to today. Like any idea it has to be sustained and the institutional machine that sustains it is pretty well-oiled, so it seems to be doing fine. But every now and then, because it is an ongoing myth, that means there will be cracks and fissures and modifications. I think what we’re living through now is the beginning of the moment where the nation is being called into question. What is China? What is Cuba? What was Ethiopia? What was Sudan? Who is Italian?

What are you reading and enjoying and loving?

Right now I’m reading A Heart So White by Javier Marias. He is Spanish, so it’s in translation. I read Teju Cole’s Open City and I kept closing the book, like ‘Ohh, damnit it all!” It’s so good and smart.

That book was so encumbered. It really brought forth my own anxieties because “Teju” sounds Indian to me, and then there’s guy who is racially ambiguous going off to NYC and Brussels and doing his thing and I kept needing to know more about his context.

Yeah, and the brilliant thing about Teju’s writing is he’s like: in fact, you don’t. 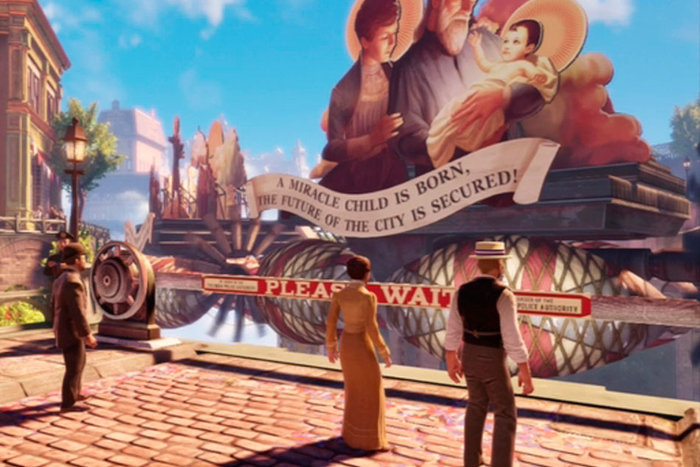 Culture
What Bioshock Infinite Gets Right About Racism 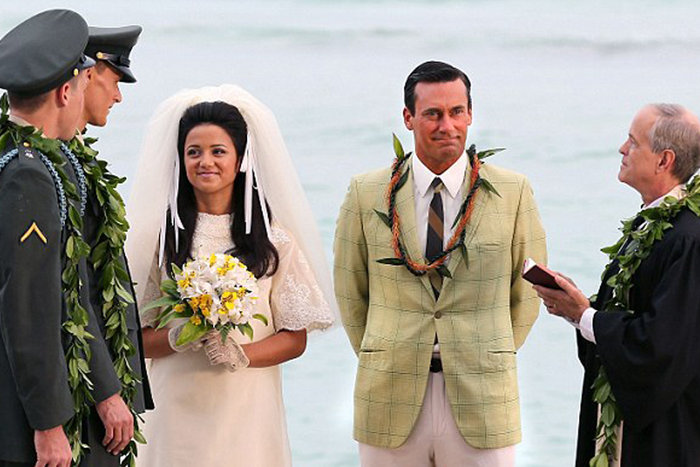