Sympathy for the Devils: What The Bling Ring Gets Wrong

Starting in 2008, a gang of California teens burglarized the rich and famous, making off with their red-carpet gowns and Louis Vuitton luggage. In The Bling Ring, her film about the robberies, Sofia Coppola exhibits a surprising—and disappointing—lack of sympathy for the underdogs. 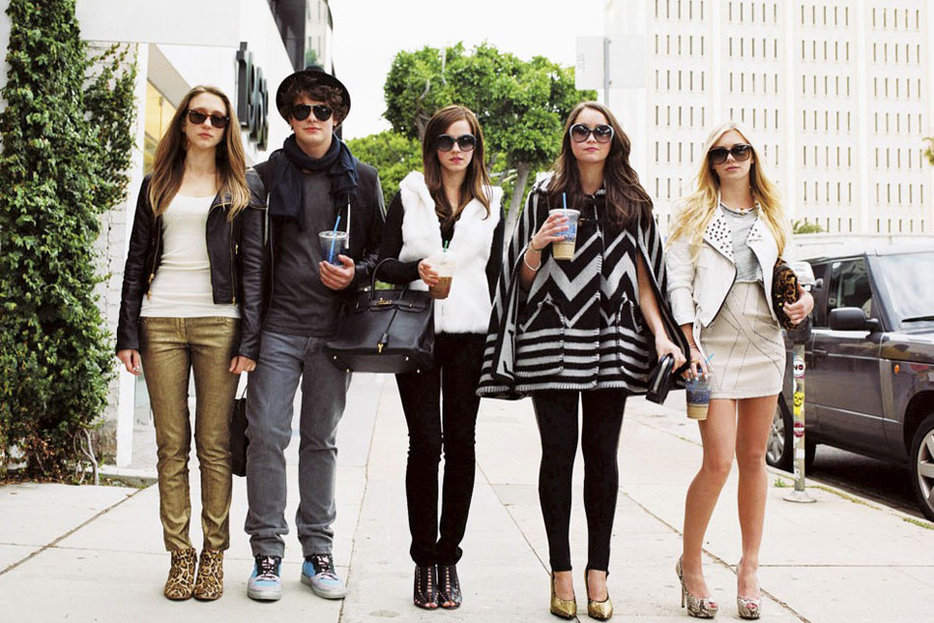 Last month The New York Times Magazine profiled a 17-year-old girl affectionately known as “Stalker Sarah.” Scooter Braun, the manager for Justin Bieber and Carly Rae Jepsen among others, told Molly Knight that he considers following Sarah’s movements on Twitter and such part of his job. ‘“The thing is, she’s not overbearing… She respects people’s space. She’ll say, ‘Do you mind if I get a picture?’ And if you’re like, ‘Not right now, Sarah,’ she’s like, ‘No problem.’ And she’s just a very sweet, sweet person.”’

Sarah doesn’t want photos of her favorite celebrities falling down drunk or committing felonies; she wants to see them shine. She does not sell photos to publications and she has turned down offers for reality TV shows. Once, Demi Lovato’s mother hugged her for posting flattering photos of her daughter during a particularly rough time. There is talk of monetizing her website—StalkerSarah.com—but tastefully, without compromising her superfan image. She loves celebrities. She’ll do anything to help celebrities. She is the very definition of a good fan.

By contrast, the Bling Ring was a waking nightmare. A group of teenagers living in Calabasas, California, they hopped fences and opened unlocked doors to steal their favourite celebrities’ Balmain dresses and Vuitton duffels. From October 2008 to August 2009, Rebecca Lee, Nick Prugo, Alexis Neiers, Courtney Ames, and Diana Tamayo robbed six homes multiple times, making off with just enough to satisfy their thirst for the finest Barney’s has to offer. They robbed Paris Hilton because they said she seemed stupid enough to leave a key under her mat (they were right). Watching The Bling Ring, Sofia Coppola’s film based on the events, Hilton told reporters at Cannes that she cried as the actors pawed through her real-life closet (the film was shot partly at her home) and danced in her real-life nightclub room.

There was no Robin Hood ethos behind these thefts: the Bling Ring, a group of upper middle-class kids from a nice neighbourhood, were stealing for themselves—they had enough of what they wanted to know they wanted more. In one way or another, we have all been that teenager. Adolescence is all about longing and denial. You’re not supposed to do anything or have anything—sex, drinking, drugs, a disposable income—but never in your life will you want it that badly. Of course it’s wrong to steal. But we can identify with the urge.

Coppola’s film is based on Nancy Jo Sales’ 2010 Vanity Fair feature, “The Suspects Wore Louboutins,” which became a book, also called The Bling Ring. (The story was also a prominent plot point on Pretty Wild, the reality television show about Alexis Neiers and her family, which was already filming when the theft allegations came to light.) Both the book and the movie try to present this motley crew as crass and dangerous. Upper middle-class teenagers can save up birthday money and work at high-end boutiques for discounts if all they want is a pair of shoes, but these teenagers wanted more than that: to play dress-up in celebrities’ closet. They wanted to try on their identities, see if they fit.

Sofia Coppola and Nancy Jo Sales are, by all accounts, the perfect people to tell this story. Sales has been chronicling the lifestyles of Vanity Fair-approved celebrities for years. The bio on the back of her book lists a few of her select profiles: Damien Hirst, Tyra Banks, Russell Simmons, Lindsay Lohan, Taylor Swift, and of course, Paris Hilton. And Sofia Coppola is Sofia Coppola. In the book’s introduction, where Sales talks about meeting with Coppola to discuss the initial adaption of the Vanity Fair piece, Sales describes her film ouevre as being about “the obsession with celebrity; the entitlement of rich kids; the emptiness of fame as an aspiration or a way of life.”

This is true, but it leaves out one detail: Sofia Coppola has demonstrated a wealth of sympathy for her protagonists. Her movies are always heartbreakingly compassionate. The Virgin Suicides, in which a group of boys try to understand the mysterious sisters next door, is an achingly beautiful film about outsiders who want to get in, and insiders who go to terrible lengths to get out. Marie Antoinette treats the queen with a healthy amount of understanding—she was just a tween by today’s standards, after all, sold into marriage to forge an alliance between two countries. It’s no stretch to say that Marie Antoinette behaved the way any wealthy, beautiful young person might in a similar situation.

The Bling Ring is by far the least compassionate movie she has ever made. The criminals’ names have been changed, not to protect their identities, but because Coppola “didn’t want to make those kids more famous than they already are for what they did.” (A move about as effective as changing the name of your French queen to Blarie Blantoinette to protect the identity of French royalty. It’s worth noting that Alexis Neiers served as a paid consultant on the film.) At times, the film reeks of condescension and self-righteousness, the kids depicted, for the most part, as vapid, narcissistic liars. The character inspired by Nick Prugo is the closest thing to a sympathetic protagonist; he’s also the only member of the Bling Ring who confessed and cooperated with lawyers, police, and journalists. Other characters, like the Neiers-inspired Nikki (Emma Watson), lies, cries, and whines to avoid facing the inevitable consequences of her actions.

Last month, T Magazine published a conversation between Sofia Coppola and Lee Radziwill, an American socialite of pure blue blood. “When I read the Vanity Fair article about these kids, it summed up everything that I think is declining in our culture,” Coppola starts, a sentiment she echoes in conversation with Nancy Jo Sales in the introduction to the book, saying “When I was a kid, people were famous because they accomplished something, they did something.” I never expected Coppola to indulge in the kind of moralizing that accompanies the film: if you reach for the sun, you’ll get burned.

I said that Coppola has been kind to her protagonists; she has, however, been hostile to her side characters. Recall Anna Faris’s bleach-blonde ditz in Lost in Translation, allegedly a thinly veiled caricature of Cameron Diaz; or Asia Argento’s Comtesse du Barry, the mistress to Rip Torn’s King of France in Marie Antoinette, depicted as a social climbing, sexually adventurous, overdressed bitch (and a totally awesome one at that). Argento is banished to save the King’s soul while he lays on his deathbed, taking a trunk of feathered hats and a monkey with her, never to be seen again—a symbol of the cruel fates that can befall girls who aren’t it. Then there are the French masses, a faceless mob with a taste for blood and vengeance rather than ordinary people starved and dehumanized in service of an unjust monarchy.

And so The Bling Ring is the film about that mob that stormed the castle. Only instead of pitchforks they’ve got the keys under your mat, and instead of your head they want your compromising Polaroids and Louis Vuitton puppy carrier. A “good” celebrity is someone who has done something to deserve their fame; a “good” fan, Coppola makes clear, is one who buys tickets at the box office and settles for an autograph. The Bling Ring is, at its core, elitist: it suggests that Miu Miu shoes are doled out to those who deserve them most.

Sales and Coppola seem incredulous that anyone could look at these teenagers with anything other than disgust. They seem to forget what it’s like to be a teenager, consumed with wanting something you can’t have—whether it’s sex, a legal drink in a bar, or an absurdly priced trend item. Instead of trying to understand these teens and explore their motivations, Coppola paints them with a wide, haughty brush, her attitude more maternalistic than artistic. Sales, in her book, says that something about this story “[made] me anxious to be near [my daughter], with her, watching over her.” In the interview with Radziwill, Coppola mentions that her six-year-old daughter wants to be an actress: “I’m hoping she’ll outgrow that.”

While Sales’ book contains some intelligent social commentary, her tone is chastising. Coppola’s film is likewise bogged down in overtures to tough love. This is disappointing. I wanted a book with a sense of humour; I wanted a movie with a sense of compassion. Where’s the Coppola who lets kids just to be kids, queens just be queens? Of course, stealing is wrong, and we don’t all rob reality show stars, but show me a teenager who has never stolen a LipSmacker and I’ll show you a liar. Teenagers will always feel like they don’t have enough, and people who have enough will always be there to remind them to step down. “Obviously,” I feel like saying to Coppola, “you’ve never been a thirteen-year-old girl.” 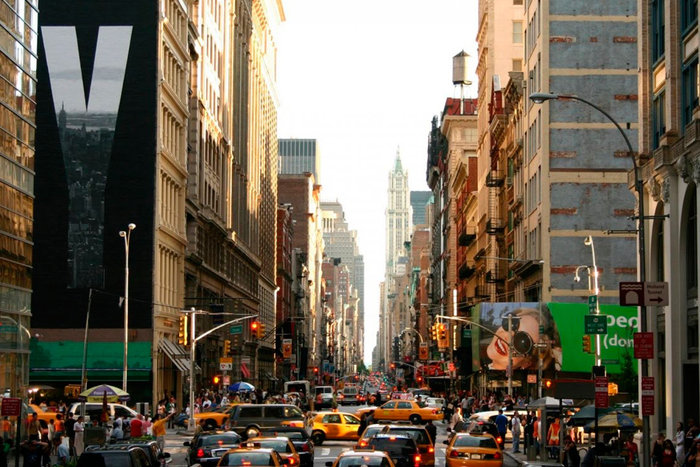 Urbanism
Our Cities Are Growing Again, Everybody Panic 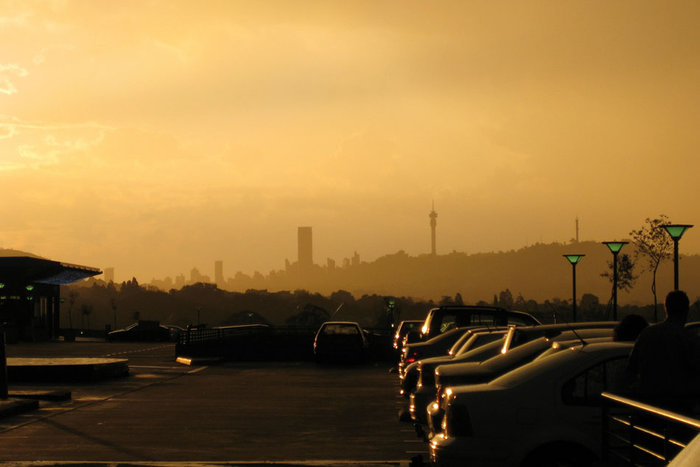 Society
The Case for Embracing Danger
Travelers heading to notoriously unsafe places are urged to be overly cautious, but such circumspection can force us to…