The Splendid Things We Planned

Bailey’s new memoir explores the limits of fraternal bonds, and how far they can stretch before the strain becomes unbearable. In this excerpt, his addicted, self-destructive brother’s stepmother wants to buy him a new car, exposing a darker side of him. 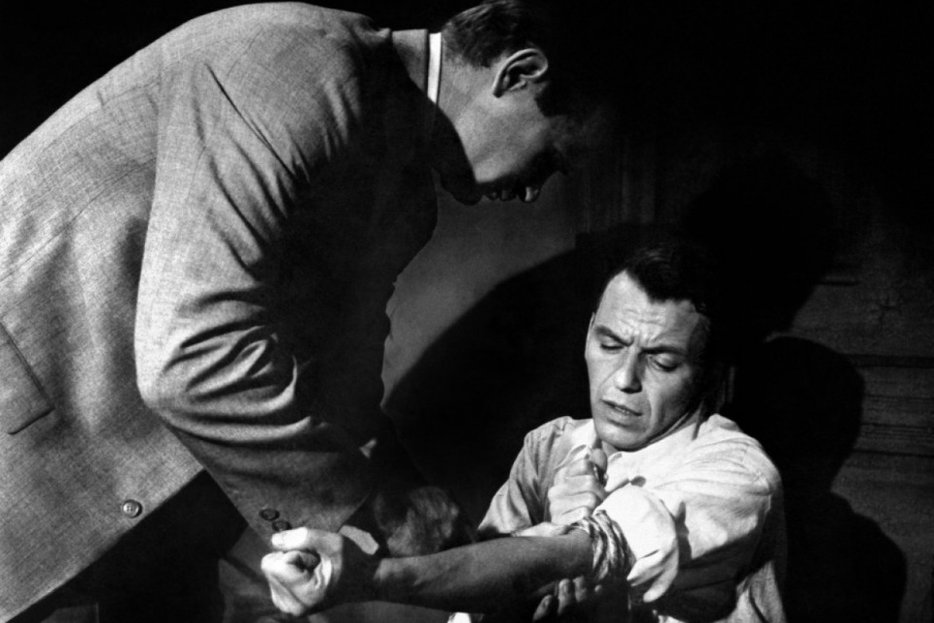 For the past year or so, Scott’s public behavior had been almost exemplary: he was now a full-fledged waiter at the best restaurant in town, as Kelli would have it, he took classes at the Drahn School of Business (which prepared one for white-collar employment as a “data-entry specialist” or retail manager who could handle the books), and his Oldsmobile was still intact after several months in his care. Best of all, he continued to be a functioning, appreciative member of our new family: he was respectful toward Sandra, doting toward Kelli, and an eager playmate for Aaron—perhaps a bit too eager, as he broke the kid’s glasses once by drilling him in the head with a football. But nobody expected perfection, and by the time Scott’s twenty-first birthday came around my father was ready to make a large gesture, putting down the security deposit and first month’s rent on a sleek one-bedroom unit in an apartment complex not far from Nichols Hills. I never got a chance to visit Scott there, but I was told about the chromium furniture and mirrored walls, the gatehouse and swimming pool and so on.

And that’s not all. As my brother had proven himself a careful driver (my own views weren’t canvassed), he also deserved a better car than the stalwart Oldsmobile that didn’t even have a fucking stereo, he liked to point out. The car was Sandra’s idea—she thought my brother needed some extra incentive, a vote of confidence at age twenty-one: he was a true adult now, and as long as he did his best (“whatever that may be”) he should have nice, adult things. Since young men tend to identify with their cars to a morbid degree, this was deemed crucial to my brother’s self-esteem—and what was the matter with Scott, really, if not low self-esteem? With Sandra and my father, then, he went shopping one day for a car.

“So what d’you think?” the friendly salesmen would ask him after a test drive.

And eerily Scott would remain silent. With a nervous laugh perhaps (exchanging a look with Burck and Sandra), the salesmen would repeat their question.

As if pained to oblige them even that much, Scott would jerk his head No.

“You want to try the same model in a different color?”

“I’d prefer not to drive something that’s an obvious piece of shit.”

Truth be known, Scott was antagonized by salesmen, or anyone he suspected of tricking him or looking down on him in some way, however subtle. This included most people in service-related capacities—bartenders, store clerks, fellow waiters—and it got worse if Scott was in the company of family or someone he needed to impress. I can honestly say I was never in a particular kind of public situation with Scott when he didn’t embarrass me with that weird hostility of his. On the other hand, he was the kindest of men toward bums, minorities, old people, children, pretty girls, and women of a certain age.

Sandra had never quite seen this side of Scott, and for that matter had never seen anybody use that sort of language around perfect strangers, and even my father’s aplomb began to sag after a few hours.

“You know what?” Sandra told Burck that night. They were sitting on the patio coddling well-deserved cocktails; the long day of test drives had not borne fruit. “If anybody should get a new car, it’s you.”

And so they decided to give Scott my father’s five-year-old Sedan de Ville, which after all was immaculate (except for a salvaged right-front wheel that only I knew about). My brother tried to be gracious but was vividly downcast, viewing the old boat as a booby prize, hardly better than his Oldsmobile. I think my father might have soothed his disappointment by installing a state-of-the-art stereo system. Scott had said hard things about the radios in those cars he’d test-driven.

A week or so later, when Scott was due for dinner, Burck and Sandra stood on their front lawn getting some air and letting the dog pee; suddenly they heard what sounded like a swiftly approaching typhoon. The grass hummed under their feet; the dog bolted back into the house. Just as they thought surely the world would explode, the storm gulped out and was punctuated by screeching tires—my brother’s abrupt arrival at the curb. He’d been listening to a bit of music while driving around the streets of Nichols Hills as if on the Autobahn.

By then the car’s title had been transferred, and besides, “Scott’s an adult now!” as Sandra liked to say. There was nothing to do but wait. They didn’t wait long. Almost a month to the day after he turned twenty-one, my brother reduced an entire 1976 Cadillac Sedan de Ville to scrap metal. The details were sketchy to the driver and hence to posterity. The car was found strewn around an entrance ramp to the Northwest Expressway—a trail of glittering detritus that led like Hansel and Gretel’s breadcrumbs to a smoldering hull well beyond the guardrail. Scott had involved no other motorists in his accident; indeed the car seemed to have been driven by some mad ghost, since no charred or shockingly mutilated remains were found anywhere near the scene. That was another motif in my brother’s career. No matter how bad the mishap, he generally emerged unscathed, an outcome my mother summed up with an old German adage, Unkraut vergeht nicht: “Weeds don’t die!”

The only injuries Scott suffered that day came later—a few nasty abrasions that resulted from his smashing every bit of glass in his sleek new apartment. Scott would always insist that this was a sober, considered decision on his part.

“But Scott,” I said later, during a candid chat, “almost every surface in the place was glass.”

“That’s what made it so tempting, Zwieb. Haven’t you ever felt that way?”

I confessed I hadn’t.

“Well,” said Scott, slugging my shoulder a bit too hard, “maybe you’re the one who’s fucked up!”

So Scott left the scene of the accident and walked, in whatever condition, back to his apartment and smashed all the glass. The illusion of spaciousness would have collapsed once the mirrors were broken, and because he felt hemmed-in and guilty (I guess), Scott departed, walking a mile or two to my father’s house. I like to imagine his progress through Nichols Hills, a kind of monitory apparition to the residents of that affluent banlieue. “An advocate,” as Cheever wrote of one wretched, drunken protagonist, “for the lame, the diseased, the poor, for those who through no fault of their own live out their lives in misery and pain. To the happy and the wellborn and the rich he had this to say—that for all their affection, their comforts, and their privileges, they would not be spared the pangs of anger and lust and the agonies of death.”

Kelli was alone at my father’s house when Scott arrived. She was sitting in a big chair by the front window, doing her homework, when she sensed she was being watched, or maybe she heard something. In any event she turned around and saw Scott’s face in the window. Kelli was too polite to scream at the sight of her own stepbrother; I imagine she even summoned a weak smile. Scott let himself in and sat at her feet. There was glass dust in his hair and tiny points of blood all over his face and scalp, but otherwise he seemed fine. He held Kelli’s hand and petted her leg as he told her what he’d done that day. Finally Sandra and my father came home, and Scott seemed happy to see them. 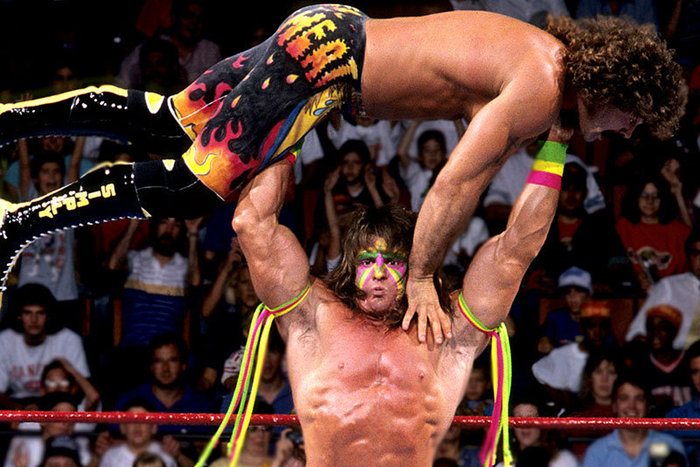 New Tabs
On the Ultimate Warrior, Céline Dion, and Terror 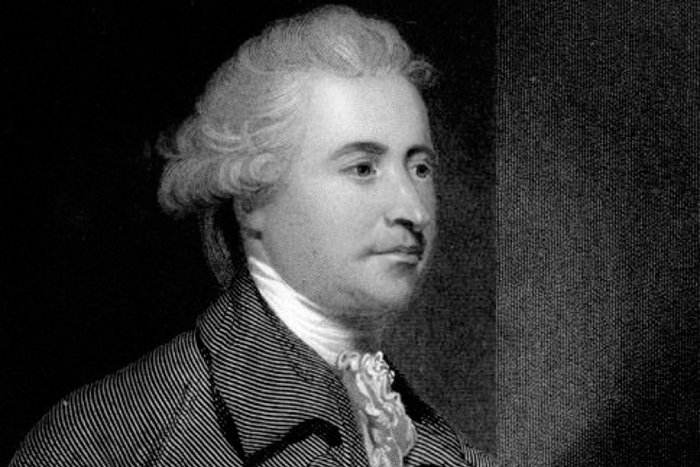 Politics
The Only People More Terrifying Than Us Are Our Leaders