While Hollywood increasingly caters to our shrinking attention spans, Victoria, a new German film shot in real time, roots its viewers in the present.

Soraya Roberts is a writer in Toronto who has contributed to Harper’s, Vanity... 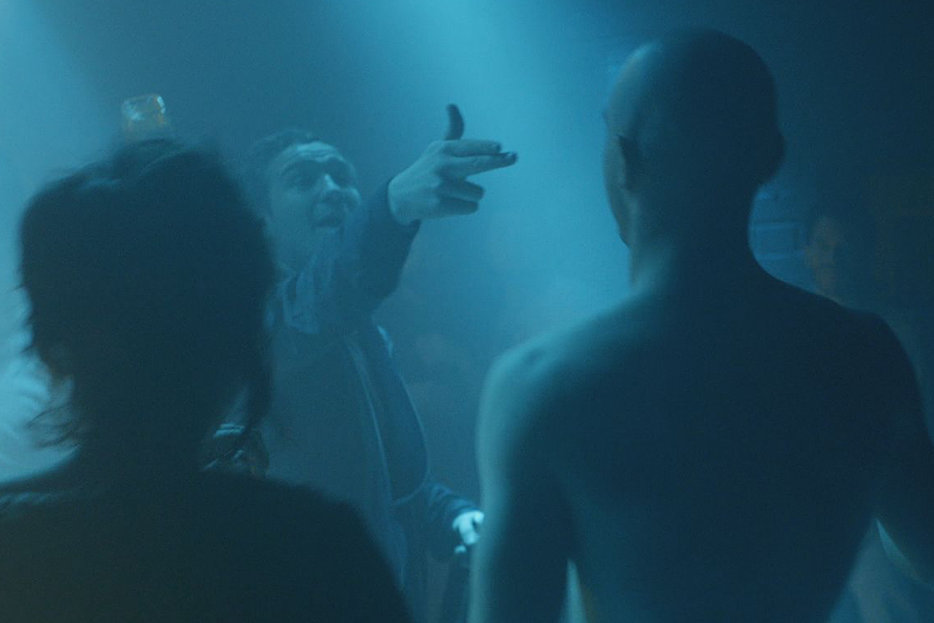 From Victoria, courtesy of Mongrel Media

Victoria opens with an epileptic strobe of white/black, white/black. A 20-something brunette dances to the beat/beat surrounded by clubbers, but not with them. It’s obvious from the way she moves that she’s alone. She looks down, shuts her eyes, the music her only company.

Fast forward an hour or so and the girl is back. This time she’s not alone. There are four dancers now, all bouncing around the lights. Together they form a unit, like four molecules pinging through one drop of water. The girl throws her head back and yells: “I don’t want to go!”

It’s a secretly meta moment. Actress Laia Costa is actually addressing the film’s director, Sebastian Schipper. He can’t be seen but, before his voice was scrubbed in post-production, he could be heard imploring his cast to get going. They had another location timed and they needed to move it, because Victoria was shot in one take and not moving meant no movie. But the actors wanted to prolong this moment together, just this once.

“Fast and alone, that’s the slogan of the day, of the time we’re living in,” Schipper says, and that’s what he tried to combat with Victoria. His largely improvised fourth feature follows a Spanish expat ex-pianist as she befriends a group of working-class Berlin guys—leader Sonne (Frederick Lau) and his droogs, Blinker and Boxer— and gets mixed up in a last-minute lo-fi bank robbery. The 138-minute thriller was shot in real time11This is not the first one-take film. Though Birdman faked it last year, in 2002 Alexander Sokurov’s Russian Ark took a 99-minute tour of the Hermitage Museum without a bathroom break.  from 4:30 a.m. to 6:48 a.m. on April 27, 2014, across 22 different locations by a lanky Norwegian cinematographer named Sturla Brandth Grovlen. For over two hours, he followed the cast with a 12-pound Canon C300, by the end of it as wet as a virgin marathoner.

Breaking tradition, Schipper listed Grovlen in the credits before himself. “It was a move to appreciate what Sturla did,” he explains,22Grovlen went on to win the Silver Bear for best cinematography at the Berlinale in February. but it was also “a kind of tip of the hat” to everyone else too. Victoria “has a lot to do with the idea of solidarity,” he says. “We can only excel if we can do this together.” And they do. Together they seize the 138 minutes, no breaks, no distractions, no future, just the present and each other, moving yet contained in time: presentness, manifested in two hours.

Earlier this year researchers confirmed what we already knew: that our attention spans are dwindling. A barrage of digital media has fractured our concentration to four seconds less than it was in 2000, according to a Microsoft study. We multi-task better, but our focus has depleted. Even surrounded by real-world activity, we are drawn to the jumping emojis on our screens. Sixty-one percent of us interact with our phones during social events, a PEW study revealed last month. And the younger we are, the worse it gets. Another study, this one from 2014, found that 87 percent of millennials always keep their phones within tapping distance.

Now, instead of seizing the day, we seize our phones.

Hollywood is not too distracted to realize this, appeasing their increasingly Vine-drunk demos with chopped up hack jobs. More explosions, more cuts, more music, more everything except time (according to The Guardian, the average shot in a Bourne movie is two seconds). It’s an onslaught that renders our digital life turtle-like by comparison. That Quentin Tarantino is branded “great” in this milieu makes sense considering his quick-witted pastiches of cinematic ephemera are the multiplex version of the Internet’s cultural collage.

She was so concentrated on the future that she forgot to live, and when that future failed to manifest, she felt cheated.

Like celluloid taffy, Victoria’s single take stretches Bourne’s two seconds to over two hours. Instead of engaging us with busyness, it creates a parallel reality, one in distraction-free real time. The camera stays on the scene, and with it, so do we. For 138 minutes we are tethered to Victoria, experiencing her life —every breath, every word, every decision—as she transitions from solitary club goer to fellow bank robber. And because our time is continuous with hers, we’re not simply watching her, we are her. In Schipper’s words, “This is not a film, this is a bank robbery.” To watch Victoria is to become an accessory, a criminal preserved within those two hours. Without capturing the story in one take, without giving us the before and the after and everything in between, this would not be possible. It’s that we are present for that sustained period of time that we can be one with it.

Victoria was not designed as a contemporary take on slow cinema, but it shares the genre’s approach to time (Guardian film critic Sukhdev Sandhu refers to slow cinema as “a form of cultural resistance”). In his 1986 book Sculpting in Time, progenitor Andrei Trakovsky, who used long takes to encourage contemplation, explained: “The image becomes authentically cinematic when (among other things) not only does it live within time, but time also lives within it.” Slow cinema auteurs command our attention by training their cameras on virtually static scenery. Victoria does the same by keeping its eye on the opposite: constant motion. So rather than inspiring reflection, it inspires attention, the same way it does for the characters on screen and the people behind them.

In 2007, Scientific American reported that we are more prone to ennui now precisely because we so rarely have to deal with it. But the more bored you are, the more likely you are to take risks (unsurprisingly, a study out of the UK six years later found that tedium led to creativity). Enter Victoria. After five years sitting alone at his computer, Sebastien Schipper was bored. He didn’t want to plan his films anymore anymore—he just wanted to make them. He had recurring daydreams about robbing a bank. Nothing fancy, just an average robbery, which would still be more interesting than his quotidian. “They say it’s a big big rush of adrenalin and it’s a big rush of fear,” he says of the pros he consulted, “and they all go crazy before and afterwards.” He decided to make Victoria instead.

The film orbits a girl from Madrid, Victoria, who studied at the conservatory but was just short of good enough to become a professional pianist. Actress Laia Costa put meat on those bones by watching documentaries about musical prodigies. “I think these lives are shit,” she says. “I could understand why she runs away from her family and her past and her school and she’s trying to find something different in her life because she realized that was not life.” Like Schipper himself, Victoria spent most of her life planning for the main event. Unlike Schipper, however, she never actually got to it. She was so concentrated on the future that she forgot to live, and when that future failed to manifest, she felt cheated. Like many of us do. “For generations and generations it was always like, the children are going to do better than their parents, and that has disappeared into nothing,” Schipper says. “This world tells young people, ‘We don’t really need you. Like, if you’re really really super good, like if you’re the best at something, we can use you. But if you’re not the best, we don’t really need you. We’ve got everybody we need.’”

Unable to find support from society, Victoria seeks it in Sonne and his friends. It’s the kind of “solidarity” that Schipper believes is our birthright. “People tell us, to be a grownup you’ve got to look after yourself,” he says. “To share your stuff and to be really interested in other people and to trust other people, that’s naive.” A friend of the filmmaker’s who recently travelled to Africa shared with him a quote he admits is cheesy to repeat (“I’ve only been to Morocco once”) but does anyway: “If you want to travel fast, go alone, if you want to travel far, go together.” With Sonne et al., Victoria drops the future for the present. As Costa says, “They live life now, here, and go for it, you know?” Like a seasoned gamer, Victoria was attached to a console, every move oriented towards a set goal. By moving to Berlin, she detached herself, leaving behind her isolation to become part of the world.

They had only three chances to get Victoria right in the end. The first take was too reserved, the second take too unruly. With money for only one last chance, it would be the third take or nothing. This urgency gave the crew the one thing they didn’t know they needed, what Schipper calls “a very productive form of aggression.” This allowed them to “attack” the shoot. The director told his actors to stop what he saw as “waiting”: —for the next film, the next script, the next anything—behaviour that recalled Victoria snubbing the present in the name of uncertainty. He only later recognized what came out of that pep talk when a friend informed him about meditation. “He told me it was not about going to other places but to really be in the place you are right now,” he says. “It made me realize that what we did in the last take of Victoria is maybe, without knowing it or without giving it a name, some kind of a very very deep meditation together.”

At the end of the film, Victoria retreats back into herself. The last scene has her alone, walking away from Sonne, from us, her back facing the camera. No longer with her, with them, we are disconnected. The screen goes black, the lights go up and we are returned to our own lives, alone like her, isolated once again from those around us, our phones immediately back in our hands to check what we missed while we were so busy being present together.

Soraya Roberts is a writer in Toronto who has contributed to Harper’s, Vanity Fair, The L.A. Review of Books and other publications. She is currently working on a memoir as well as a book about My So-Called Life (ECW, 2016). 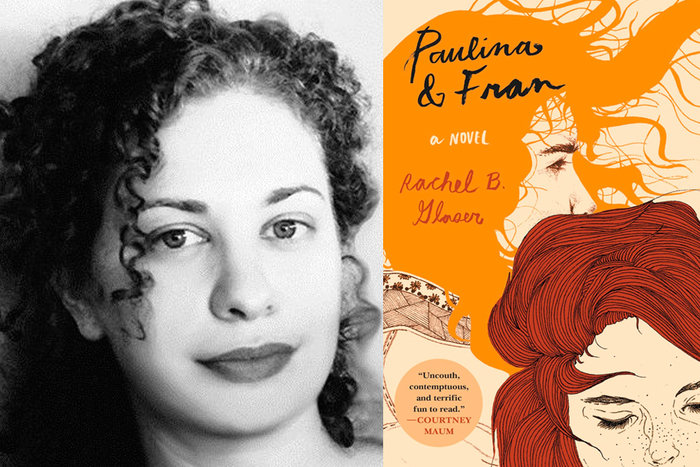 Interview
Dipping Into a Different Reality: An Interview with Rachel B. Glaser
Talking to the author of Paulina & Fran about forging female friendships, the connections you have to your partner… 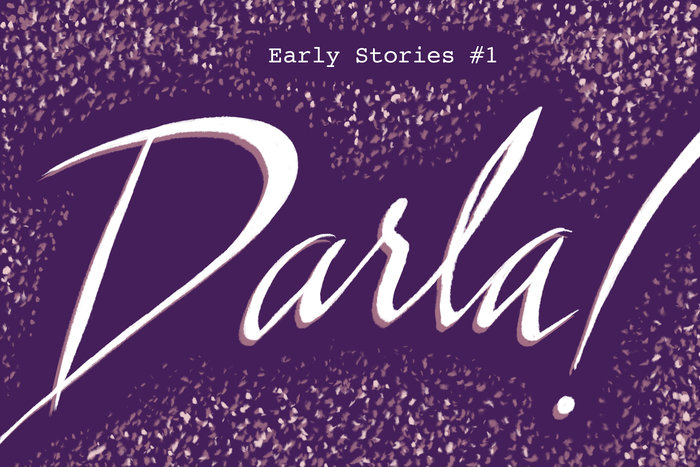