The Politics of the American Mom

Mothers have a long and influential history as a political category in America—and Americans would seem to have a long history of ambivalence toward them. 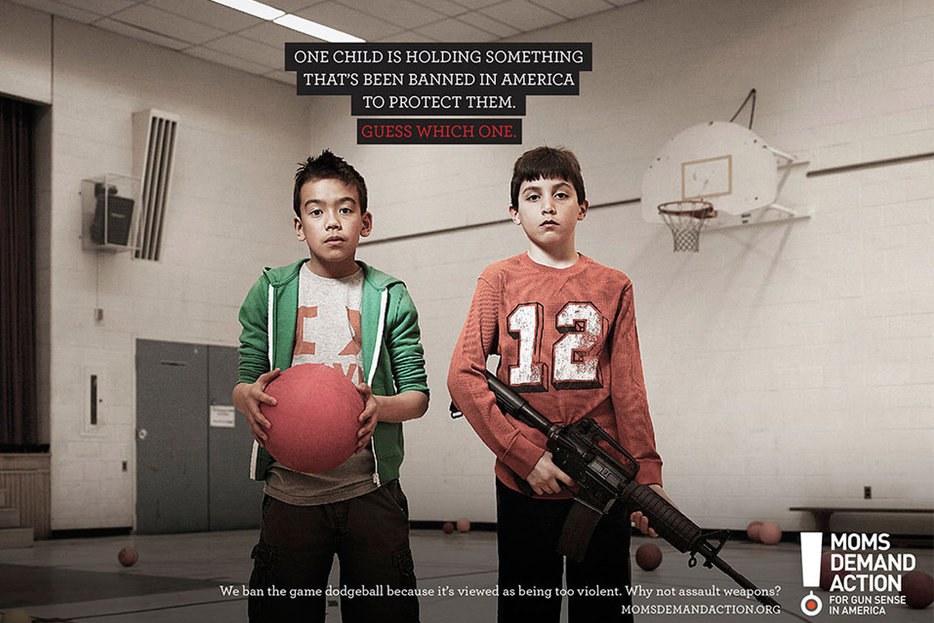 You have seen this ad. Two kids, a short Asian boy in a red shirt and a washed-out looking blond girl in purple-and-white stripes, stand between rows of schooldesks with their backs to a green chalkboard. A caption above their heads reads, “One Child is Holding Something that’s been Banned in America to Protect Them. Guess Which One.” The Asian boy solemnly holds out to the viewer a Kinder Surprise Egg. The girl is carrying an assault rifle. The small print underneath reads, “We won’t sell Kinder chocolate eggs in the interest of child safety. Why not assault weapons?”

Thank God, the U.S. government recently pulled itself together and did the right thing—legalized Kinder eggs. At least, a New Jersey company copied the Kinder Egg idea (originally Kinder Sorpresa, owned by the Italian confectioner Ferrero) and came up with a new, baby-proofed version called Choco-Treasure, featuring a design that American kids can’t swallow (but the FDA can). It made it onto shelves just in time for Easter.

I’m pretty sure this is not the victory the ad designers—a recently formed organization called Moms Demand Action for Gun Sense in America—were going for. But it serves as a neat illustration of the tropes and contradictions in the American debate about gun control. Essentially, it shows America’s ambivalence about its mothers.

Moms Demand Action was founded by Shannon Watts (“Indiana mother of five”) on December 15th, the morning after the shooting of 20 children at Newtown’s Sandy Hook Elementary (she originally called the organization One Million Moms for Gun Control). In the Huffington Post, she wrote, “An internal alarm has sounded in mothers across the nation.” According to their website, the Moms have gained tens of thousands of members over the past four months, and set up 90 chapters across the country. Onstage at the White House on March 28th, flanked by Obama and Biden, Katerina Rodgaard (“mother of two beautiful boys”) introduced the President’s speech on “Common Sense Measures to Protect Children From Gun Violence.” Starting this month, the Moms have been holding “stroller jams” in senators’ offices from Philadelphia to Kentucky to lobby for tighter gun laws.

“Mom” as a political identity is not new. In the early years of the American Republic, women’s advances in education and political life were underpinned by the notion of “Republican Motherhood,” as dubbed by historian Linda K. Kerber in 1976: “The Republican Mother’s life was dedicated to the service of civic virtue; she educated her sons for it; she condemned and corrected her husband’s lapses from it.” In the Progressive Era, the period between 1890 and 1920, when reform groups agitated for a new vision of a caring, empowered civic society, women’s groups like the National Congress of Mothers worked to bring about changes to child labour, juvenile justice, education, and consumer protection. The term for an overbearing state isn’t “the mom state”—it’s “the nanny state.” Nannies aren’t our real moms, so they don’t have true moral authority. Moms, on the other hand, do have a certain right to tell us what to do.

Moms Demand Action works within what historians and policy analysts call a “maternalism frame.” In their writings, members frequently compare their organization to MADD—Mothers Against Drunk Driving—an influential lobby group formed in 1980. An even closer parallel might be the Million Mom March on Washington in 2000, a demonstration in favour of tighter gun laws. In a 2010 essay in Perspectives on Politics, Kristin A. Goss and Michael T. Heaney highlighted how the Million Mom March addressed gun control at a time when the majority of women’s groups had shifted away from broader societal concerns to focus on “women’s issues” more specifically:

[T]he testimony of women’s groups before Congress shifted toward women’s particularistic concerns in the 1970s through 1990s, with gender-specific issues the focus of roughly 50–60% women’s group appearances in that era, up from less than 10% at mid-century. Women’s groups’ legislative activity around foreign policy, notably peace work, declined sharply from the 1950s through the 1990s. Against this background, the [Million Mom] March…focused on the non-particularistic issues of gun control and peace at a time when many other women’s groups have deemphasized or abandoned these broad-based concerns.

Identifying as moms, rather than simply concerned citizens, is a complicated manoeuvre in the 21st century. The Million Mom March, as Goss and Heaney report, used the maternal frame in a “winky” way: “the website featured a visual ‘time-out chair’ for pro-gun politicians and an ‘apple pie award’ for gun-control sympathizers.”

I’ve been trying to figure out how the wink in the Kinder Eggs ad really works. In Canada, of course, Kinder Eggs are legal (like they are everywhere besides the U.S.), so any nod to the ban on them in the States is funny. But is the poster saying that Kinder Eggs really are dangerous? The original 1938 ban had a lot to do with, unsurprisingly, mothers’ groups, which lobbied the FDA and the Consumer Protection Agency to create guidelines that prioritized the consumer’s health, access to accurate product information, and safety.

So the ban on Kinder Eggs, which most of us (and now, with Choco-Treasure, even the FDA) can agree is silly, is the sort of “maternalistic” policy that is also being invoked to show that tighter gun laws are reasonable. If you disregard for a moment the rhetoric around the Second Amendment, Americans do chiefly seem to regard their guns as toys. In Dan Baum’s new book Gun Guys: A Road Trip, he drives around the country trying to find a way for a nerdy Jewish liberal like him to justify loving to play with guns. “Choose the most adamant anti-gun peacenik you know,” he writes, “and give him a tommy gun to shoot at a stick of dynamite. Then strap him to a polygraph and ask him if it was fun.” The book’s first chapter, which deals with the endless gun accessories you can shop for, is titled “Barbie for Men.”

If guns and Kinder Eggs are both toys, it opens the door for “maternalistic” groups like Moms Demand Action to be dismissed as overprotective. While we demand the lifelong privilege of crying to our mothers in private, we don’t like them spit-cleaning our faces in public. Moms are the standard-bearers of reason and good sense, but they’re also nagging reminders of our once-helpless state. We want to feel that we’ve outgrown the need for externally imposed restrictions. In Baum’s journeys, he interviews a legal writer at the Goldwater Institute, who says to him: “You on the left look at a problem like gun violence and say, ‘We have to do something,’…We on the right are more inclined to say, ‘We’re a big, messy, polyglot nation with an extraordinary amount of freedom, and a certain number of bad things are bound to happen.’” In other words, it’s all fun and games, even though some people will inevitably lose an eye.

People are excited about the Choco-Treasures. Some have frogs or lambs inside. There’s a purple duck with its arms crossed; there’s a Spiderman. Apparently the chocolate is of an inferior quality, but that is beside the point. Presumably, they taste like liberty. 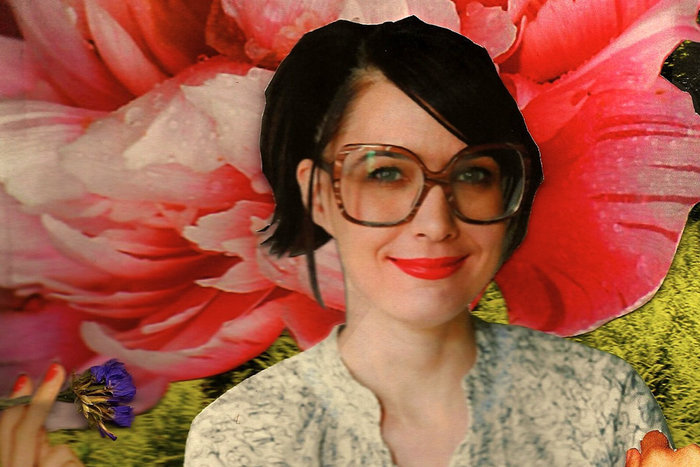 Interview
Kathleen Hanna Is Still Alive
An interview with Sini Anderson, director of The Punk Singer, a documentary about the riot grrrl icon’s life and… 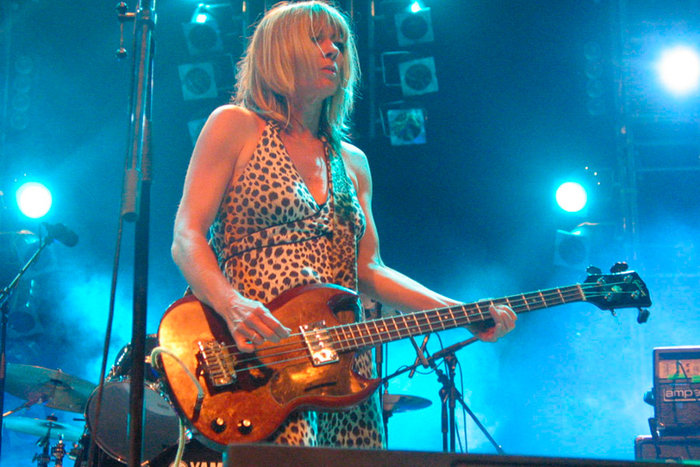