‘No Wonder People Are Reluctant to Talk About Mental Health’: An Interview With Miriam Toews

Miriam Toews, author of All My Puny Sorrows, discusses fictionalizing her family history, how shame begets art, and creating a community with her writing. 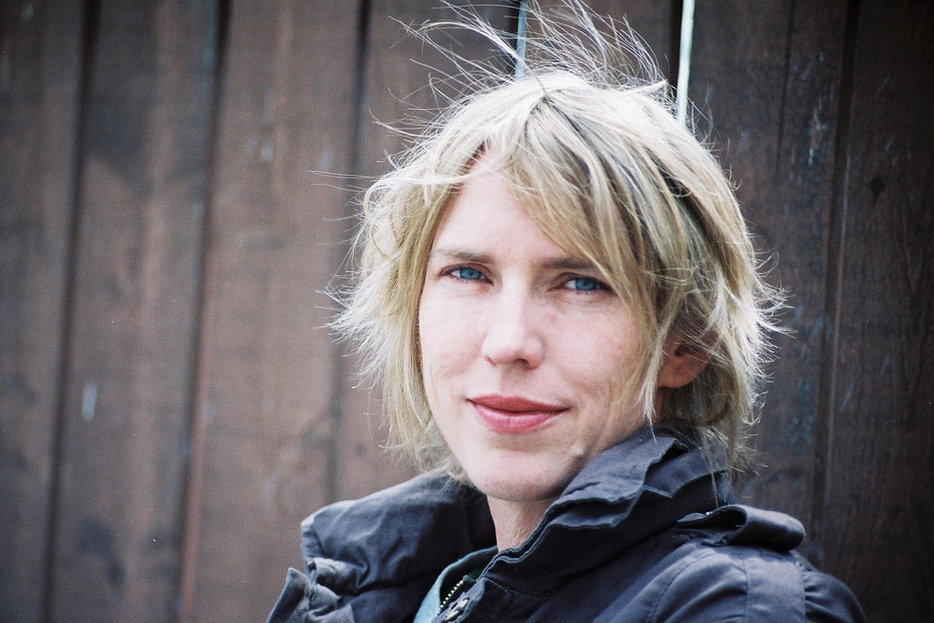 In 2010, Marjorie Toews, the sister of Canadian novelist Miriam Toews, ended her life. Her death came 12 years after the suicide of their father, Melvin. It’s also the subject matter of Miriam’s latest work of fiction.

In All My Puny Sorrows, children’s novelist Yolandi struggles in trying to support her severely mentally ill sister, Elfreida. Elfreida wants to die, and it’s a secret to no one: frequent suicide attempts keep her in the hospital, and she is constantly pleading with her sister to “take her to Switzerland,” the country as a stand-in for assisted suicide. As Yolandi simultaneously tries to cope with a pending divorce and a major career shift, her sister’s wellbeing always lingers in her mind. At its core, All My Puny sorrows is a book about love, and what it truly means to help someone that wants out at all costs.

Toews frequently draws on her real life experiences in her novels. Though each exists as standalone work, there is an overarching arc when read in succession. Teenage Nomi from the Giller finalist and Governor General’s Award winning A Complicated Kindness is the spiritual forerunner to 20-something Hattie of The Flying Troutmans. Both are precursors to All My Puny Sorrows’s Yoli. With the fictionalization of her real life, reading a book by Miriam Toews is an intimate experience. It’s also a strong example of how storytelling can help make sense of the world around you.

I imagine that getting this book out there is a bit of a relief for you, but it wasn’t written under happy circumstances. When you started writing this story, did you always plan for it to be a novel?

I think that, well, after my own sister died, it was two years or so before I even thought about writing again. I think this book was always going to be fiction. These terms, fiction and non-fiction and all of these things, I think they’re becoming less relevant these days for writers. But people want to know if something’s real or not. So in my mind, I didn’t think, “Am I going to write fiction?” or “Am I going to write nonfiction?” I thought, “I’m going to write a story that’s kind of about this.”

There are the obvious parallels between this story and your own life, but I’m curious to know how the two differ, especially with regards to you and Yolandi.

There aren’t a lot of differences, I mean some of the details, just some of the very specific details of her life are different. In the period after my husband and I split up, I wasn’t as active as Yolandi in the dating scene. [laughs] I kind of thought that would be interesting, a kind of manifestation of that desperation that she’s experiencing. That need to figure things out, to answer huge questions that are hanging over head and what should she do about Elfreida, and I certainly experienced that, you know, trying to figure out how I could best help my sister. So in that regard, there are huge similarities. My kids are older than Yolandi’s kids. I don’t write the kind of stuff that Yolandi writes. [laughs]

Did she make any decisions in the book that you wouldn’t have, or was it pretty par the course?

Because Yolandi is my protagonist, if I’m creating a scene or a situation, I think, well, “What would Yolandi do?” It’s pretty close to maybe what I would do, or in a certain situation what I have done. But some of her—she’s an emotional wreck, and she’s attempting to take care of so many people. Her own needs are put on the back burner, so she’s a little bit of a desperado, and that’s a familiar scenario to me.

When you were writing it, were you able to see certain situations with more clarity after having time and distance to create a narrative, as opposed living through these moments?

Yeah, certainly, the distance always helps, and it’s essential in terms of creating narratives. You almost have to be a little bit cold to the actual emotional reality of the stuff that’s happened in the past, you know, in order to create something that’s artful, hopefully.

There’s was one really sharp passage when you can really feel Yolandi’s anger. She goes off on this angry rant, where she yells at her sister, “Do you think you’re like Virginia Woolf, wanting to create some bullshit legacy?” Do you think mental illness narratives get romanticized, especially in relationship to art?

I think sometimes it is. I think there are people who view that artists are—that a certain type of mental illness, or a certain type of pain, like internal psychic pain is the thing that creates questioning, and creates good art. Sometimes it does, but it’s certainly not necessary, I don’t think, in my books I hope not. It’s a misunderstanding, I think, too, for people who have experienced it, I don’t think that it’s easy to focus on the craft, you know, on making art when you’re just in the grip of this really dark despair.

Do you feel the conversation about mental illness has been changing in the past few years?

It’s interesting that you bring up the idea of shame, because one of my favourite parts of the book is when Yolandi is remembering what a friend told her once, that in 10 years time, shame will be all the rage—talking about it, dissecting it, banishing it. That part really spoke to the idea of trying to create narratives out experiences, especially the really personal, messy, complicated stuff.

It’s such an internalized idea, this sense of shame and what we feel shame about. Yolandi, in the book, goes on about, “Well if we’re not feeling any shame, then we’re not going to have any art.” Essentially, I think, is her shorthand—we won’t have movies, we won’t have books, because essentially it’s the core of so many relationships, and so many messes in our lives, this notion of shame. But applied to the idea of mental illness and suicide, it’s still such a cloud, and that comes from the way that it’s feared, that it’s misunderstood, from the way that psych patients are treated, almost as if they’re responsible for their own illness. In that regard, in that context, it’s something that needs to be banished.

There’s a religious context to the idea of shame as well, and that’s something that Yolandi and Elfreida, particularly Yolandi, are thinking about, and wondering: The relationship between shame in a religious context, the idea of sin and you’ve sinned and you’ve veered from the straight and narrow and you need to be punished or forgiven. There’s a similarity in mental health care, in the system. There’s this notion that you’re responsible for your own illness, and that you’ve misbehaved. That’s an interesting concept to me.

Where the onus is placed on the sufferer, of bringing it on themselves.

Exactly. This emphasis on punishment and guilt. So it’s no wonder that people are very reluctant to admit, to talk about mental health.

How do you feel, from your own perspective as an artist and writer, and especially one that writes about things so close to home, about your relationships to shame, in which you are making your personal experiences public? How does that relationship inform your work?

It informs all of my work. I think I use my own life for my art, and it makes me feel as though I’m kind of creating a little community for myself, one that’s mostly invisible because I don’t meet all of my readers. [laughs] But, you know, it’s a way of reaching out and feeling less alone, and of course generating conversation. Hopefully moving people, getting them to think about things, but also creating narratives, story, entertainment. I feel that I’m willing to use my own life as the raw material for that.

Community is another big thematic element of your book. Yolandi and Elfreida grew up in this Mennonite community in Winnipeg, and at point Yolandi is reflecting on how she wishes they could all just get up and leave and start their own community of just close friends and family support each other.

It’s nice that you touched on that part of the book, because it’s true. Yolandi, in a way, is almost like carrying on in the footsteps of [Anabaptist leader] Menno Simons who wanted to do that very same thing: take his people and create a community. Yolandi, and her ex-husband, the various friends that she’s had, the men that she’s known, her relatives, the people from her community. She is basically in what we would consider to be a naive, idealistic way, wanting everybody to get along, to be kind to each other, to love each other properly. On the other hand, she realizes this is perhaps something that isn’t quite achievable. I think then, my book, hopefully will just be another document, another text, another story, about a topic that affects so many of us. About family, about sisters, about figuring how to most effectively love someone, about listening, and again I don’t have any answers but if this book can help to raise some questions, then I’ll feel that it’s been a useful endeavor. 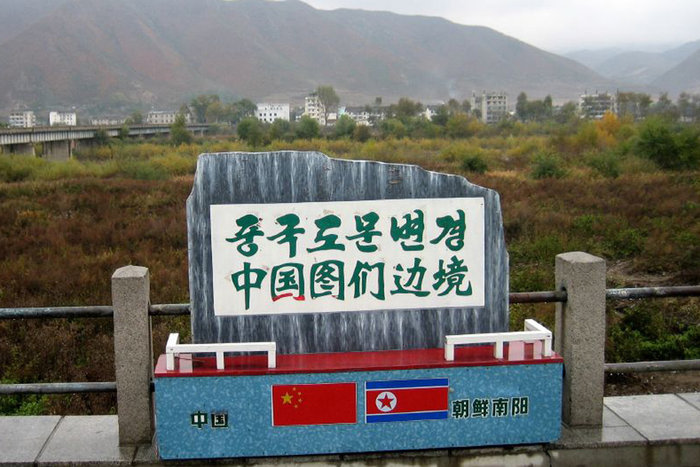 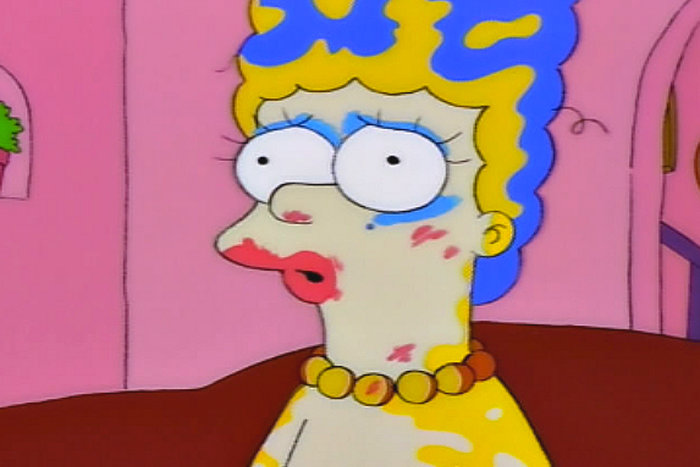