The Lost Lives of Old Families

The most privileged among us take the history of their family names for granted. For many, we’re lucky to find a foothold even in fiction.

Denise Balkissoon is an editor for The Globe and Mail and the editor-in-chief of ... 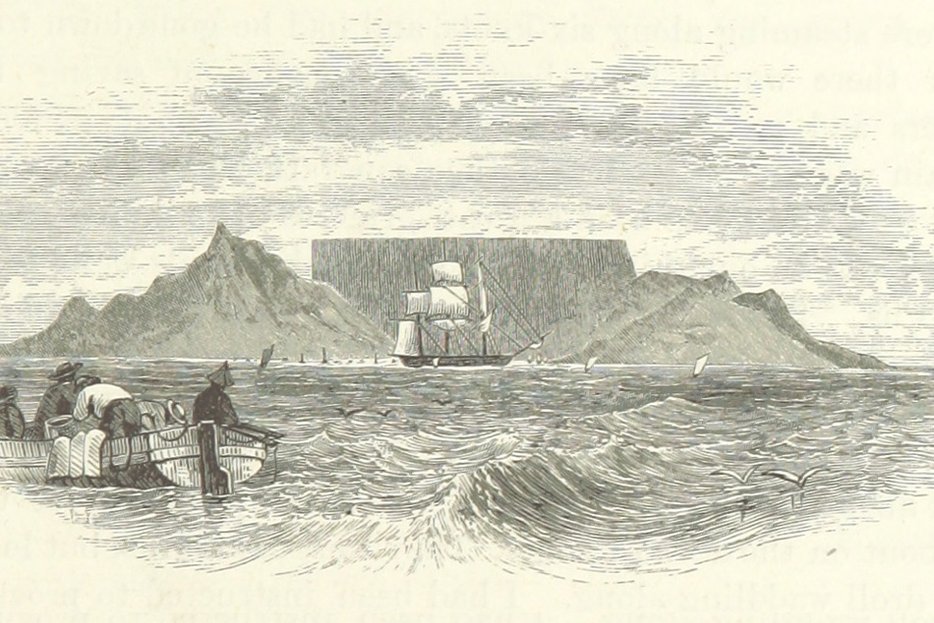 In the rare moments that I ever think of Ben Affleck, I mostly think of him as a jerk. I’ve never met him or anything; he just has that kind of face—a jerk face passed down by his jerk ancestors, who, as you may have heard, owned slaves. You may have heard this because Ben, in a total jerk move, tried to suppress this bit of his history after volunteering to have his lineage researched for the PBS show Find Your Roots. This backfired in a huge way, and instead of hiding his past, Ben made his slave-owning ancestors a talking point that was only eclipsed recently, when we all learned he might have been sleeping with the nanny. (See? What a jerk!)

Ben was eager to be part of an “old family,” an idea that drives me bananas. The term itself is American, denoting the select few surnames (Du Pont, Rockefeller, Astor) that have become de facto nobility since the country’s drama-filled cleaving from England over actual nobility a few centuries back. These names suggest a family history of voracious landowning, backstage political power, industry dominance, and unfathomable inherited wealth. Not that the concept is solely Western. Kevin Kwan’s latest book, China Rich Girlfriend, revolves around the old families of Singapore and Hong Kong, and their terror that newly cash-happy mainlanders might get near the centre of their delicate spider web. Regardless of nationality, an old family is often made up of people who once decided to hog everything and then passed that hereditary mandate down.

What PBS discovered was that Ben Affleck’s old, American family played its part in an old, American tradition: racist exploitation in the name of capitalism. Only a jerk would be surprised.

I’m from Canada, so it’s the English Royal Family that bears the brunt of my derision towards long bloodlines. While in Edmonton last month, I met an indigenous woman whose surname was, unbelievably, “Noname.” She lost her history a few generations back, when some asshole European colonizer slapped that handle on a registry. We’ve all got biological parents, who had biological parents, who had biological parents—an “old family” is just one that can trace that biology backwards longer than another, largely because it had the privilege to read and write and pass knowledge along. Famine, poverty, wars and migration are the human condition, but some people determine how those things unfold, and others have no choice but to fill in the blanks that are left. It’s a heavy burden for little Prince George of Canada: his Granny Victoria had her employees purposely chop down other people’s family trees, and now he’s got to go out into the world and convince us that his carefully protected roots are a marker of entitlement.

Left without real, verifiable history, many people whose old families were lost or stolen turn to fiction to imagine their lives. This is what drew me to Deeti, the first character to appear in Sea of Poppies, the first book in Amitav Ghosh’s Ibis trilogy, which continues with River of Smoke and the latest installment, Flood of Fire. Together, the books make up an ambitious 19th century tale about the little people that Britannia considered its supporting cast back when it ruled the waves. Deeti is the lowest of the low, a daughter whose parents didn’t have much of a dowry, and so ends up the young wife—and later, the young widow—of an opium addict. After her useless husband dies, society tells her to self-immolate on his funeral pyre; instead, she begins a love affair with a man of the Untouchables caste (the modern day term is Dalit) and flees India with him on a ship called the Ibis. They sign up to be indentured labourers, and set off across the ocean to Mauritius.

Fittingly, I picked up Sea of Poppies during my own cross-oceanic voyage, during a layover in Bangkok. As I read about the ship on an airplane, my heart jumped at Ghosh’s first use of the word “girmitya,” the official colonial English term for the indentured. See, my own ancestors made their way from India to Trinidad as girmityas, except that I had never heard the word before (it comes from the Hindi for “contract”). To be clear, the Ibis trilogy is, above all, a fun, fantastic, rollicking and well-told tale of hijinks on the high seas—not necessarily a dose of history-correcting medicine. But as history-correcting medicine goes, I’ve never come across anything that flicked at my own past, and so casually. My thrill at Ghosh’s use of one little word brought to mind Irie Jones, the bi-racial London teenager in Zadie Smith’s White Teeth. Feeling invisible, Irie asks her bewildered white English teacher if the “dark lady” in Shakespeare’s Sonnet 127 is black. Her classmates erupt in ridicule. Obscured histories can leave a great hunger, and Irie is desperate for her culture to show her “something like a reflection.”

While in Edmonton last month, I met an indigenous woman whose surname was, unbelievably, “Noname.” She lost her history a few generations back, when some asshole European colonizer slapped that handle on a registry.

I recently spoke to Ghosh on the phone from Kolkata, and he told me that Deeti was the first character that he imagined, the inspiration for the entire epic trilogy. “She came to me as someone who would leave her world and embark on a very, very long journey,” he says. Most migrant literature in Canada, the U.S. (where Ghosh lives part time, in Brooklyn) and Britain (where he studied, at Oxford), is about arrival, he says, with the hopeful passengers “standing on the bow of a ship, looking ahead.” “The immigrant doesn’t usually look back,” he says. “But that was what was interesting to me.” Over 3.5 million Indians left the country between the 1830s and the 1920s, travelling everywhere from Fiji to Guyana on what many thought was a temporary stint away from home. Most were promised money and a return voyage in exchange for time spent doing the agricultural labour that had been formerly done by African slaves. Many received a pittance, or, at most, a piece of hardscrabble foreign land.

Although girmityas were some of the first seeds of the now well-rooted global South Asian diaspora, Ghosh says there wasn’t much interest in their stories until very recently. A number of celebrated writers whose families were part of the indentureship, including the Trinidadian V.S. Naipaul, ignored it almost entirely. “It wasn’t really part of the Indian consciousness,” says Ghosh, who is 59. “When I was in my teens, it was not something people talked about.” The burgeoning interest in the period is, in his mind, due to the financial success many Indians have found abroad. Now fully-fledged members of the global middle class, they’ve acquired the privilege and power to want to document their old stories. Unfortunately, the factual records aren’t always there. Ghosh took his first trip to China to research the books, and found some fascinating artifacts at the Mahatma Gandhi Collection in Mauritius. What he didn’t find, anywhere in the world, was a firsthand account or memoir of the indentureship from a girmitya’s point of view.

Contrast this with another recently celebrated bit of historical fiction, Hillary Mantel’s Booker Prize winning Wolf Hall, the latest addition to the cannon of books, plays, movies, songs and stories about the love story/power struggle of Henry VIII and Anne Boleyn. Mantel’s challenge, she’s said, was molding her story to align with the historical record. Since multiple members of the aristocracy at the time had the means to document their lives, she had almost too much material to work with. After Mantel’s book was a runaway hit, historicists were all a-flutter about her perspective on who among Henry VIII’s court were the real good guys and the real bad guys. No offense, but yawn. Yes, yes, the schism of the Catholic and Anglican churches, sure, still feeling the effects, uh huh. Ghosh’s version of the Opium Wars (which he frames as England’s tenure as bullying drug pusher to the Orient) is thrilling, and far less travelled. Flood of Fire comes to a climax with the capture of the island of Hong Kong, another spectacular historical event that’s still reverberating in world events today.

Cracking open the final installment of the Ibis trilogy, I was eager to be reunited with Deeti. She hadn’t appeared in the second book, River of Smoke, at all, with only hints here and there of her future and her grandchildren, teasers about her eventual reunion with her lover, who had been separated from her during a massive Sea of Poppies storm. To my disappointment, she never reappeared in the flesh. Nor did she in Flood of Fire, which centres itself in the Pearl River, its characters mainly travelling between Guangzhou and Hong Kong. Ghosh says multiple readers have expressed their unhappiness that he never quite made it to Deeti’s new home in Mauritius, but that’s just how the story unfolded to him. Deeti steered the Ibis, but more or less with an invisible hand. My glimpse of my adopted great-great-grandmother was just a glimpse, and her place in this fictional history remains a just a suggestion. Some families have long roots, commanding ownership of the earth. Others just touch down lightly before floating away like dandelion fluff. 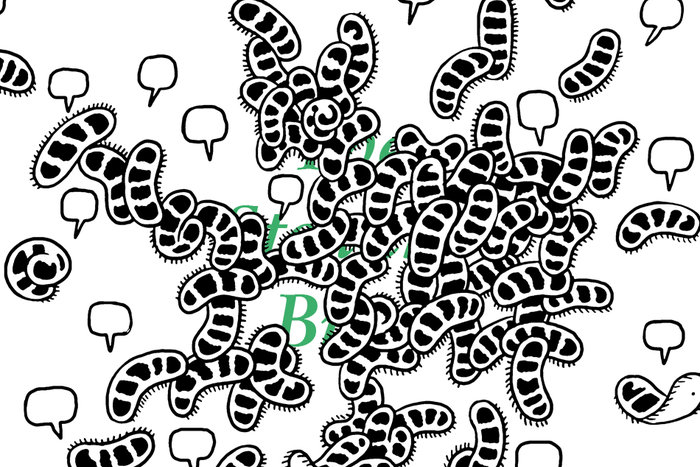 Comics
The Stealing Bugs Pt. 8
Wherein the bugs take over. 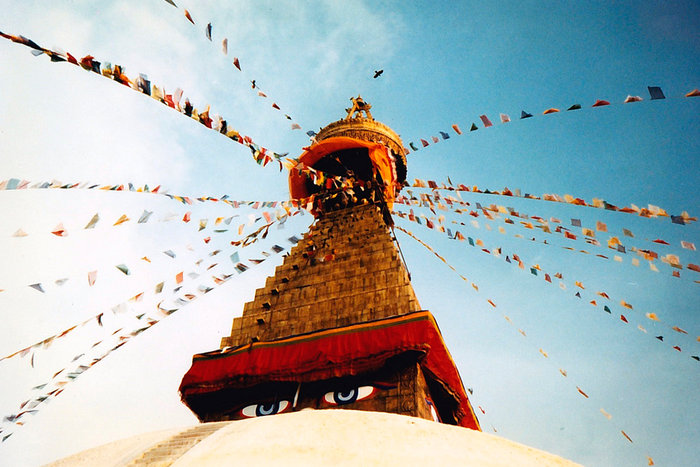 Society
The Little Nepal in My Mind
After moving to Canada from Kathmandu, the last thing I wanted was the claustrophobia of an immigrant enclave. Then…