Legendary War Photographer Don McCullin Wonders What It Was All Worth

Beginning in the 1960s, Don McCullin’s images of war, urban strife, and poverty helped define and popularize the practice of photojournalism as we know it today. With a retrospective exhibition of McCullin’s work currently at the National Gallery, we spoke with McCullin, who now questions the value of the very images he risked his life to capture. 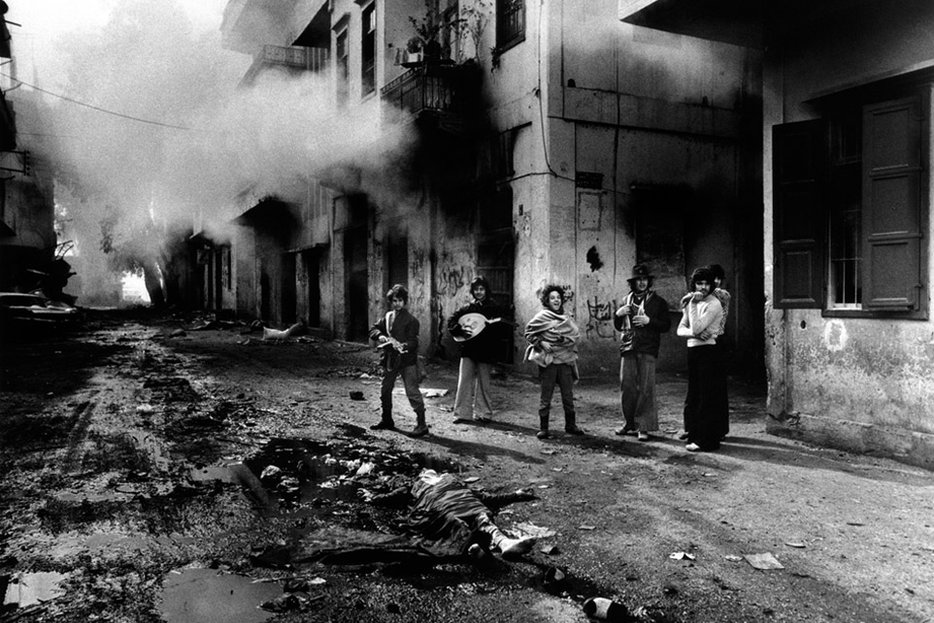 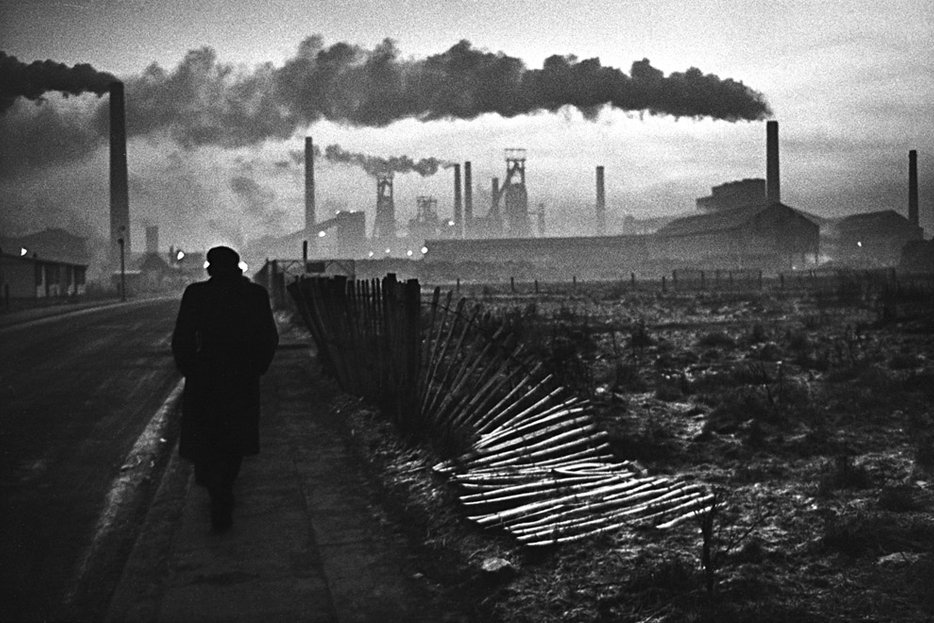 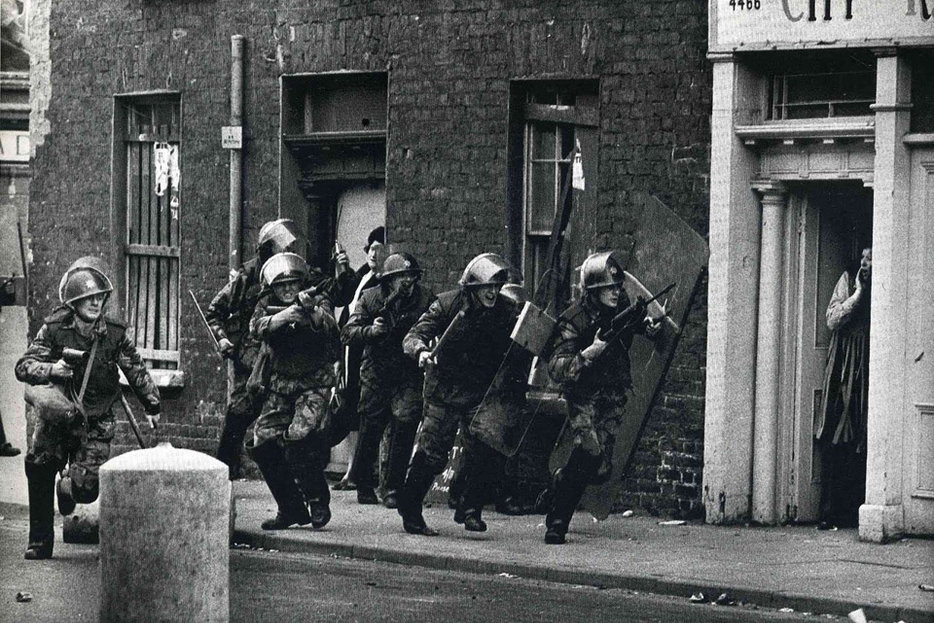 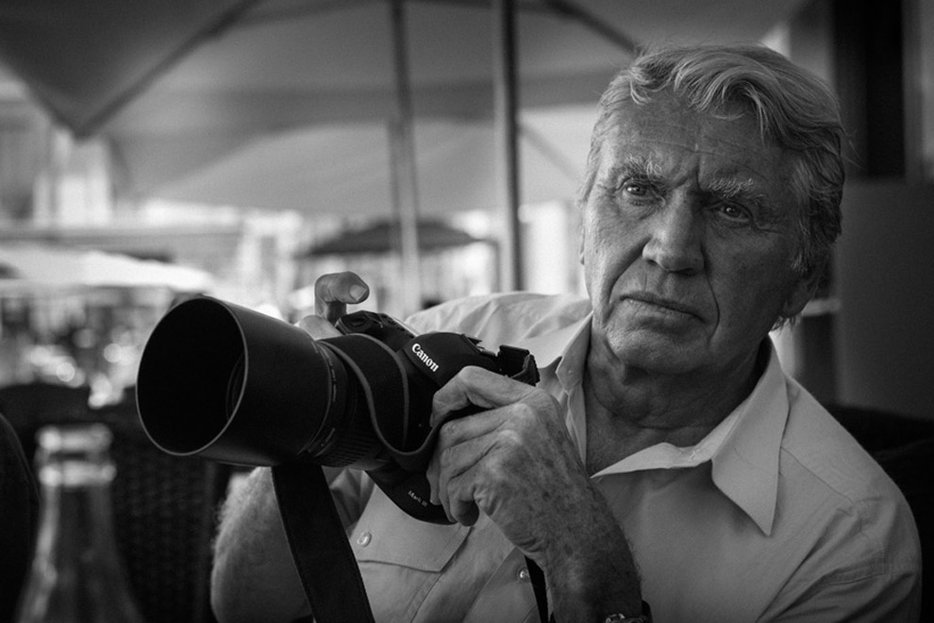 He seems to be content, at peace, but Don McCullin is not happy.

You’d think he would be. He, with his Sunday Times editor Sir Harold Evans, changed the role and vastly increased the profundity of photojournalism. In the 1960s and 70s, they made pictures into world-altering memes. Pictures like McCullin’s had always been taken. People took cameras to the Crimean War and snapped frozen soldier corpses. In WWI and WWII, camera hands captured images of what bayonets and bullets and bombs do to boy flesh. But they kept them to themselves, showed them in galleries, or published them privately. They hung in the air, like Rock Hudson’s sexuality or Marilyn Monroe’s abortions: known, but not felt.

Then, he went to war. McCullin’s first war was in Cyprus, a conflict largely forgotten by those not directly affected. But it resulted in a photo known in the various exhibits, collections and catalogues it’s been published in since as “Turkish woman by the body of her husband killed by Greek militia, Cyprus, 1964,” originally published in The Observer.

Here was death, and not just death, but death’s effluvium. Nothing was cleaned up. McCullin arrived so soon after the shootings of two Turkish Cypriots that friends and family are captured as they see the bodies for the first time, in the vestibule of a home that wouldn’t look out of place in most cities and towns the readers were opening their papers in.

These sorts of pictures had been on the wire services and available for years. But only now, partially because of the times, but largely because of McCullin’s extraordinary photographic judgment, they were making it into peoples breakfast nooks.

Later that year, there was “Murdered civilian shot through the brain in Stanleyville, Congo, 1964,” taken during the Simba Rebellion for The Observer and the German magazine Quick. There followed more than a decade of photos, from McCullin and others, of what war and conflict did to people’s bodies.

Five years later, he went to cover the two-year-old Biafran war for the Sunday Times, whose editor, Sir Harold, had recognized the importance of McCullin’s work and put him on staff. Two pictures, one of a starving albino child, standing, right hand on his thigh, caught in a moment where merely being upright seems to have him winded, and another of a mother, her infant futilely sucking at a desiccated breast, not only became iconic images, but served to move the UK and large parts of the world to raise funds to help this war-enforced Nigerian famine. 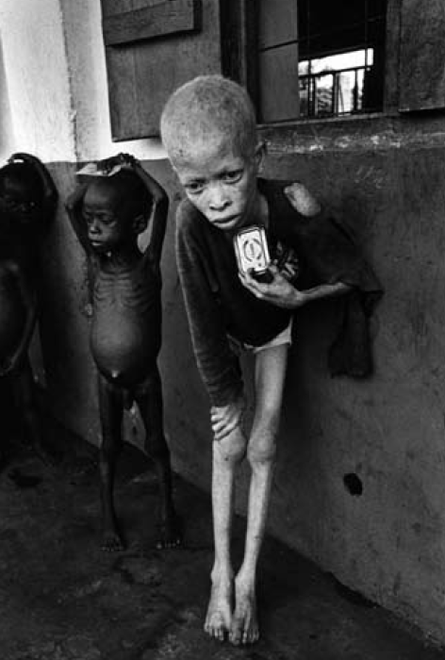 But McCullin, taking me through his pictures, which are hanging at the National Gallery in Ottawa, isn’t happy about any of it. He isn’t even especially proud. When I heard he would be in Ottawa for the opening, I hopped on a Porter flight that morning to look at the photographs with the photographer. I knew it would be heavy. I didn’t think it would be quite so dispirited.

Walking past so many pictures of so much death, I ask McCullin about the value of pictures like this, pictures we don’t see anymore, and ask him what we lose when we don’t see images of what war does to people.

“There’s a gain and there’s a loss,” he says. “The gain is that the parents of these people don’t have to see it. The loss is….” He pauses, looking at a picture of a soon-to-be-dead solider in Vietnam, victim of a grenade he only just escaped himself after the two had been walking and talking. “I don’t think it’s that catastrophic,” he continues. “Do we need to see a soldier, like this man here?” he says, pointing at the boy in the picture beside us. “He’s in a bad way. He’s bleeding from the nose, from the ears, which means his internal organs have been shattered.”

Never having seen someone blown up, I press on, belabouring the less physical aspects of the subject. Isn’t it better, I ask, realizing I’m sounding like Spock even as I say it, to benefit the hundred thousand who get a better idea of war, and are perhaps moved to oppose it, both specifically and in general, even if it does discomfit the friends and family of this or that dead soldier? Shouldn’t we continue showing these pictures for the many, rather than getting too caught up with the few?

“I think we shouldn’t,” he says. “I think we should deny the hundred thousand. In the end, I’ve done it, and I’ve realized it hasn’t proved its worth. Who have we convinced to stop the wars?”

But the images, I insist, now certainly overstepping the bounds of politesse by any definition, the images are the only thing most of us have to bring the story of war home. I tell him I only understood, only felt, what was happening in Rwanda when I saw an image of a river dammed with bodies.

McCullin hasn’t smiled often during the two conversations I’ve had with him over the past year, and he’s not smiling now. “Weren’t the images of Belsen and Dachau enough for you?”

We walk past the end of his war years, and into the exhibitions last two rooms, where the only people pictured are celebrating. But mostly, it’s landscapes. For the past decade and more, McCullin has travelled to other, less troubled parts of the world, and taken pictures of hills, tress, statues, and occasionally even a bowl of fruit. The photographs are gorgeous. Skills learned in the slums of London and the battlefields of the world translate nicely to capturing the ruins of Hadrian’s Wall at dusk, or an ancient Roman sculpture in chiaroscuro. All McCullin’s work is dark, but in these last two rooms, at least the word applies only to f-stops and shutter speeds. 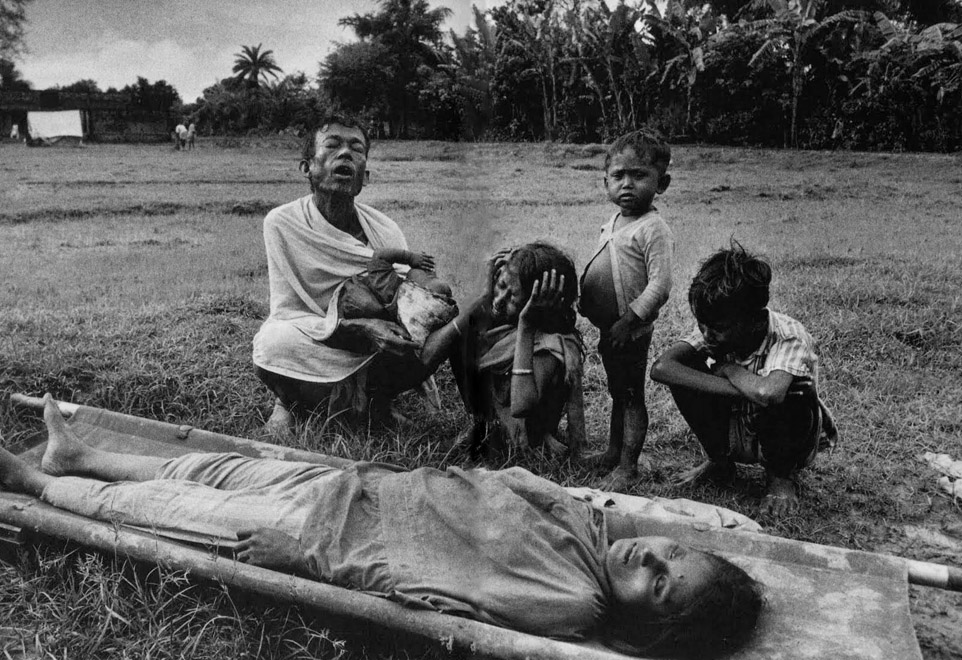 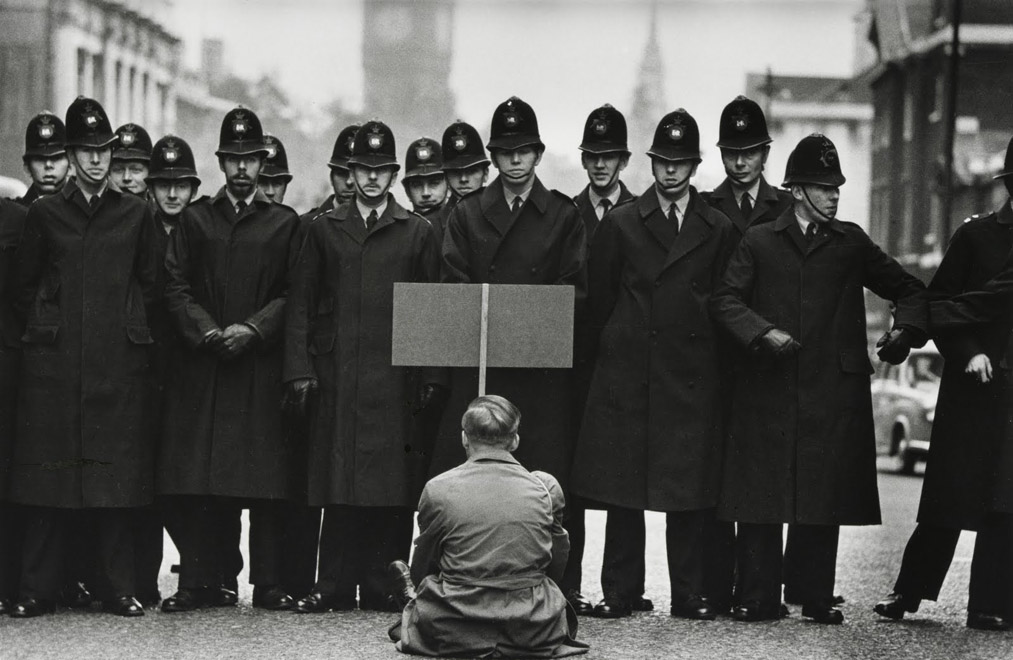 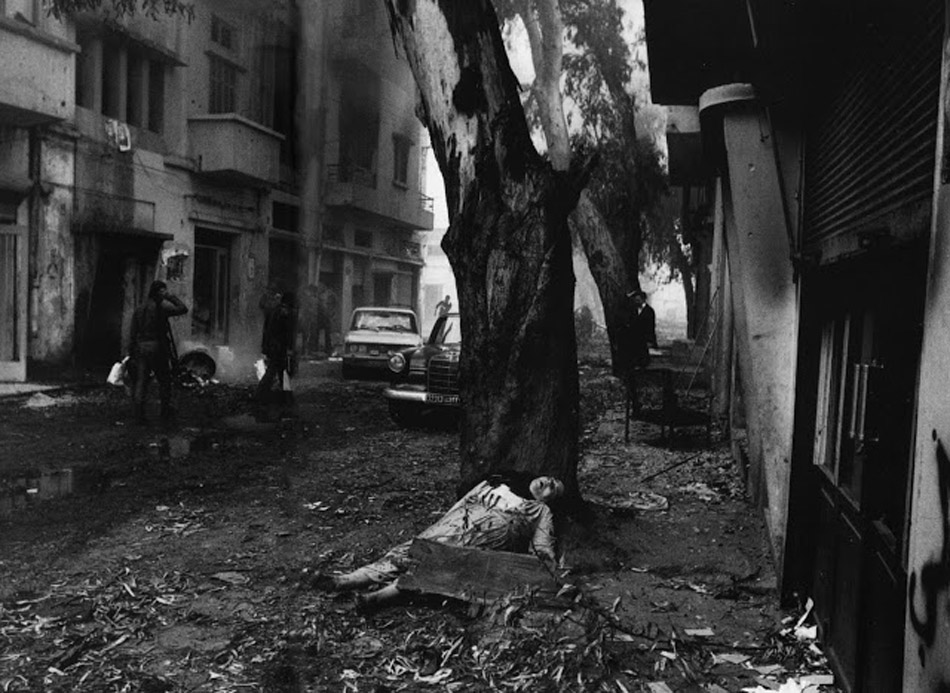 He shows me a picture he took, a still life with mushrooms in an old outdoor lavatory behind his house in Northern England, and another he took at the sixth cataract of the Nile last year, another of a Roman arch in Baalbek, Lebanon. “I find these much more pleasing to look at, don’t you?”

I agree, but there’s still hesitation in my voice. Despite all he’s said, despite his very specific experience, I still think if we were bombarded by as many pictures of torn legs and smashed faces as those boys and girls are with bullets and bombs, wed have been out of Afghanistan, and the US would have been out of Iraq, years ago. It wouldn’t have prevented Syria, or wherever in the world we’ll starting pulling each other into pieces next, but that doesn’t mean it’s without value. It doesn’t mean that the absence of such images isn’t one of the most powerful pieces of pro-war propaganda there ever was.

But McCullin has had enough, of me, and of war. He thought he hadn’t, and had come back from an abortive trip to Syria the week before we spoke, abortive, because he just couldn’t take it anymore, talking to the young freelancers in Aleppo, excoriating the impossibility of capturing anything real while embedded even while sighing acidulously as the pointlessness of it all. He didn’t take any pictures in Syria. Or at least, none to speak of.

“I’ve gauged people leaving exhibitions of mine and I’ve seen people leaving quite distressed, and I think, it’s a shame. I didn’t mean to pick on that lady with tears running down her face. I brought them here hoping they could go away…”. But he’s done, he can’t even be bothered to finish expressing a sentiment he no longer feels. He takes another tack. “A fellow told me years ago that he met a doctor in Africa, and asked her why she got into medicine, and she told him it was because she’d seen one of my photos. If that’s the only thing my photos have achieved, that’s not a bad record. One doctor.”

We finish, and I fumble my way through taking a picture of him in front of one of his Indian landscapes. He looks at a couple I’ve taken, and tells me to try again but cut off his legs and get the whole landscape in the picture this time. I do my best. He looks at a platinum print, which he tells me costs a thousand pounds to produce. “They’re romantic, they’re a release from ugliness. I’m using my photographic freedom to enjoy my photography. This is like a risotto. It’s got history, it’s got dignity, it’s got culture, it’s got freedom.”

Don McCullin: A Retrospective runs until April 14 at the National Gallery in Ottawa. 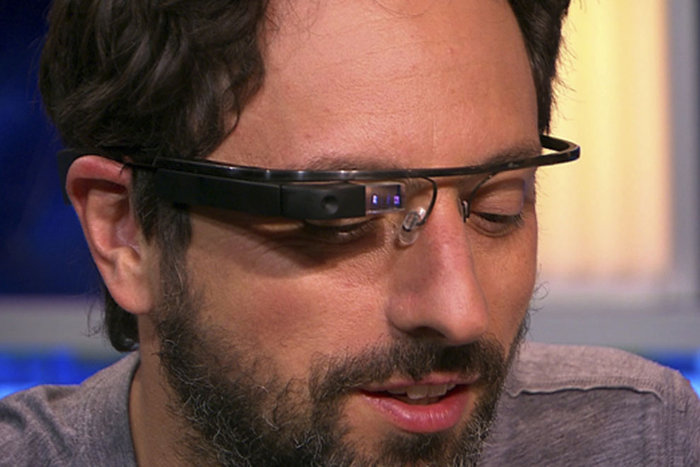 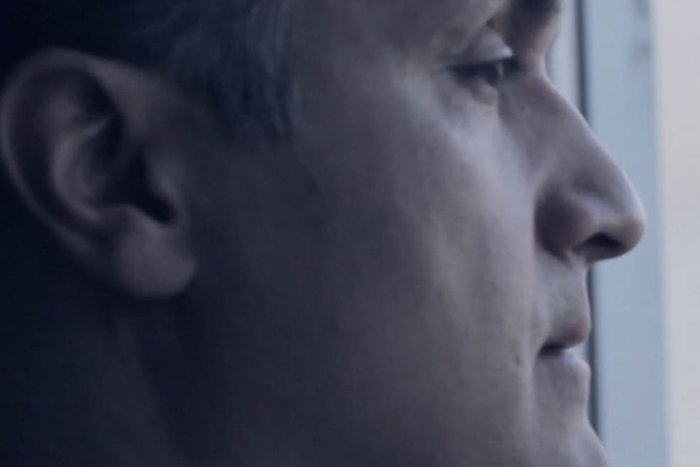 The Right to Die in Prison
Bert Archer
Let the Right Ones In: Haiti’s Precarious Tourism Boom
Bert Archer