I’ll B Ur Mirror: Seeing Yourself in Prince Rogers Nelson

Prince revels in confusion, defying definition and willfully obscuring his past—and, often, his present. How is it, then, that he helps us understand ourselves better? 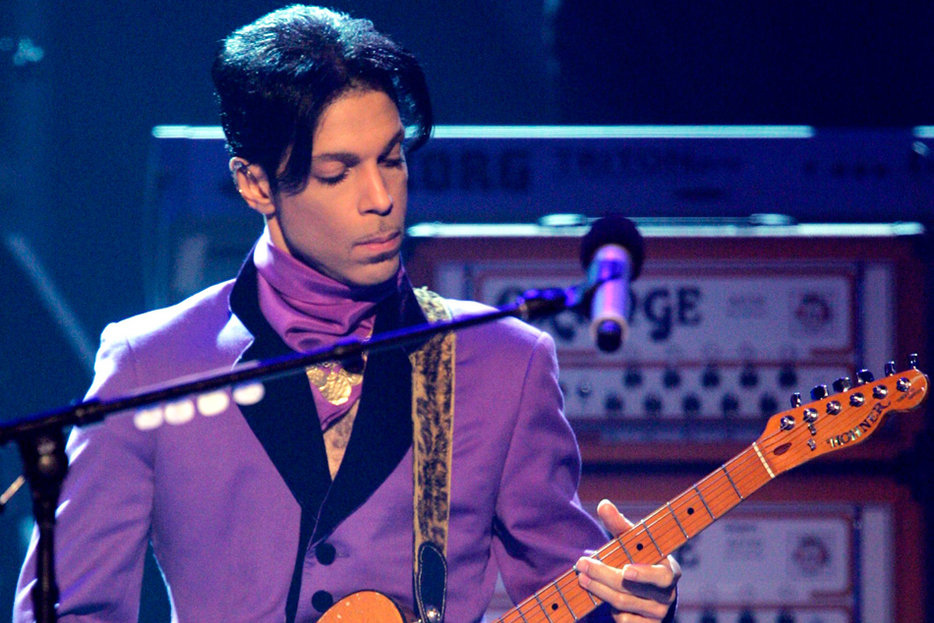 Touré played basketball with Prince once, in 1998. He was writing a cover story for Icon magazine and had flown to Minneapolis on a dime. The game he recounts in his new book, I Would Die 4 U, doesn’t seem unlike other basketball tales that have been told about the purple pop god, except for this one perfect detail: in a two-on-two Touré passes the ball, a little too quickly he realizes, and calls out his name. “Prince!” Problem was, in 1998 the artist’s name was a symbol. Realizing this second mistake, he clamps his hands over his mouth and the game stops short.

But rather than get angry, Prince laughs.

“He loved the confusion,” writes Touré, “loved that I didn’t know how to connect with him, that I was off balance and couldn’t even call him by a name much less really know him.” It seems Prince has always reveled in this, from befuddling reporters with non-answers to questions, to puzzling fans with bizarre anecdotes. In 2009 he suggested angels cured him of epilepsy as a child. Who knows if he believes it’s true.

Though 2013 is turning out to be something of an auspicious year for Prince—this month he’ll be presented Billboard’s Icon Award and wrap up an exhaustive West Coast tour—in his book, Touré doesn’t seem too concerned with what The Artist is up to at the moment. Neither does Hilton Als in “I Am Your Conscious, I Am Love”, a personal essay in Harper’s last December. Rather, when they step back to talk about the cultural significance of Prince’s work, they’re also stepping back to talk about themselves. I don’t mean this as vanity; when it comes to a figure who willfully obscures so much of himself, how he’s reflected in the observer might in fact be the most useful way to talk about him. In Prince, Touré sees the Generation X he grew up in personified. For Als, he is his own struggle with being black and queer in America. He is also the love of his life.

It’s apt that each is illustrated with a different black-and-white portrait of Prince, gazing into, and past, the camera with those bright nereid eyes. As if to say not only, “I see you,” but also: “Do you see you in me?”

There are a couple of things Prince might have liked you to imagine when you looked at him earlier on in his career. Perhaps he was bi-racial (not really), or so intensely sexual, he’d even slept with his half-sister (who knows?). Touré says these things mattered, even if they weren’t true.

The former was a smart move in an industry that commercially segregated black musicians. It was why his bands had always been a conscious mix of race and gender that “reflect both 1980s multiculturalism and a 1960s utopianism—they purposely recall Sly and the Family Stone.” Prince told journalists in the early eighties that he was half black, half white, and parental casting in the vaguely autobiographical Purple Rain didn’t hurt this misconception.

Interestingly enough, Touré himself spends some time bridging racial gaps earlier on in the book, specifically trying to disprove the notion that Gen X was a uniquely white experience. What first comes to mind certainly seems to prove that: John Hughes, Winona Ryder, grubby-haired rock stars. But beyond pointing out how cross-racial experiences such as divorce, AIDS and MTV deeply affected what it meant to grow up just before the Internet moved in, he doesn’t push this much further than to bring up a few icons like Spike Lee or Tupac.

The latter was key to understanding his “uh, sexuality”—significant at a time when you were constantly told growing up that sex might kill you. “We came of age under the spectre of AIDS: a time when sexuality was fraught and linked to death,” writes Touré. “I was a thirteen-year-old virgin, just beginning to figure out how to get a girl to kiss me. I remember thinking, ‘Are you kidding me? This is the time in history I’m born into?’”

Hilton Als didn’t care much for this side of Prince. “At parties in New York, uptown and downtown, I stopped dancing when white frat boys pumped their fists in the air to ‘1999’, or slid across the floor when ‘Kiss’ came on,” he writes. Als’ Prince didn’t speak to a generation; his Prince spoke to the uniquely difficult experience of being queer and black in America.

His Prince sang of being straight or gay, male or female; appeared in high-waisted underwear or naked among irises on album covers; flounced conventions of soul, funk and R&B to make traditionally black music the way he liked. His Prince danced furiously at Madison Square Garden during his 1988 Lovesexy tour, as Als watched on with a white boy he was very much in like with, but who didn’t like him back so much as the white liberal cred points Als represented. What socially segregated Als, Prince threw in your face. “Black queen (if only in spirit), how dare you walk into the room and suck us all up in you?”

By the time he meets Prince about the 2004 comeback album, Musicology, Als laments the music’s slip “into the Negro music ghetto he once disavowed.” By this point, Als had stopped looking up to Prince and looking for him in people knew. Als finds him, eventually, and falls hard: “He had the same colouring, and the same loneliness. I wanted to fill him with my admiration. I couldn’t love him enough. We were coloured boys together. There is not enough of that in the world, Prince—but you know that.”

In a panel discussion after the launch of I Would Die 4 U, Questlove, a prominent source in the book, described listening to Prince in his teen years as a kind of risk. “Owning a Prince was sort of like having a Richard Pryor album,” he said, “or having a Playboy magazine in my household. Being a Prince fan, I had to pay dearly for it.” His father saw early Prince as a hedonist devil who wore diapers on stage, and threw out the Roots drummer’s copies of Dirty Mind and Controversy.

If you were fifteen years older, you might not have loved him quite so hard. Touré notes some telling 1981 performances in Los Angeles, when Prince opened for the Rolling Stones; he was pelted with chicken bones and booed off stage. Boomers would come to appreciate his references to their musical memory, nodding to James Brown and Jimi Hendrix—but only, in general, when he acted more tastefully weird than straight-up weird, rocking out to “Purple Rain” in ruffled shirts instead of performing “Dirty Mind” in fishnets.

If you were fifteen years younger, like me, his first appearance life might’ve been on easy listening radio. Even though “Raspberry Beret” had become a CHUM FM stalwart by the mid-nineties, there was no chance I’d be hearing songs like “Pussy Control” or “Sexy M.F.” under my parents’ roof. By the time I was old enough for this not to matter, I didn’t care much for Prince, either: I was too caught up caring about what the music I listened to said about me.

I first heard Musicology, by accident, at 16. My boyfriend’s father had bought it just after it came out and left it in his car; we drove around that evening listening to it track by track, not knowing what the hell was going on. I heard Dream Theatre-like rock riffs that careened right into fast-footed R&B. Were those harpsichords in the background? Did Prince really just refer to dancing as a “PhD in advanced body movin’?” Why was I listening to this, and why couldn’t I stop?

Compared, this is a low-stakes story to tell, but that car ride really did change the way I listened to music, the way I imagine Touré or Als’ first time might’ve, however it may have happened. We all see so many different things in Prince that it’s hard to speak about him certainly, even (perhaps especially) when he speaks in absolutes about himself. “If you look at it,” he once told music writer Barney Hoskyns, “I’ve only really ever given you music.” Uncertainties aside, I know in my heart of hearts Prince knows that’s not true. 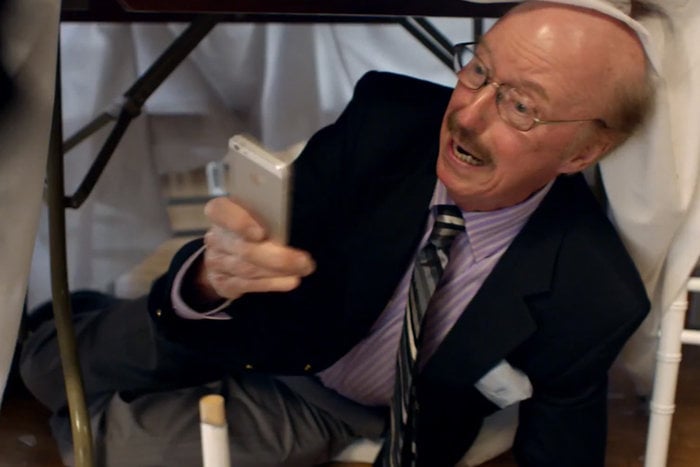 Technology
Buy This Phone If You Want To Live 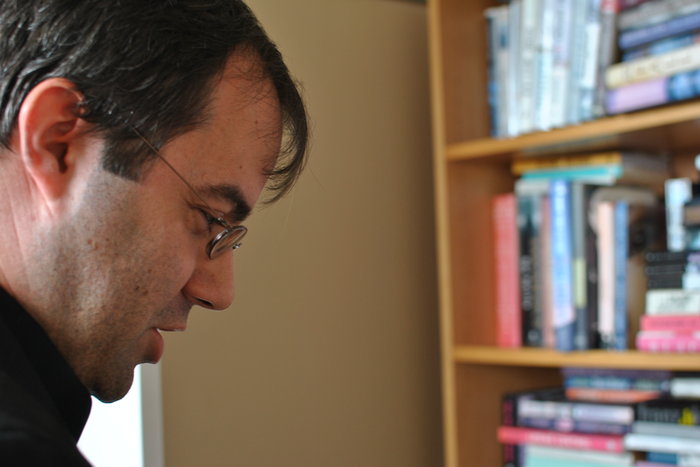