How To Be A Woman

Lorrie Moore as the mother you never had. 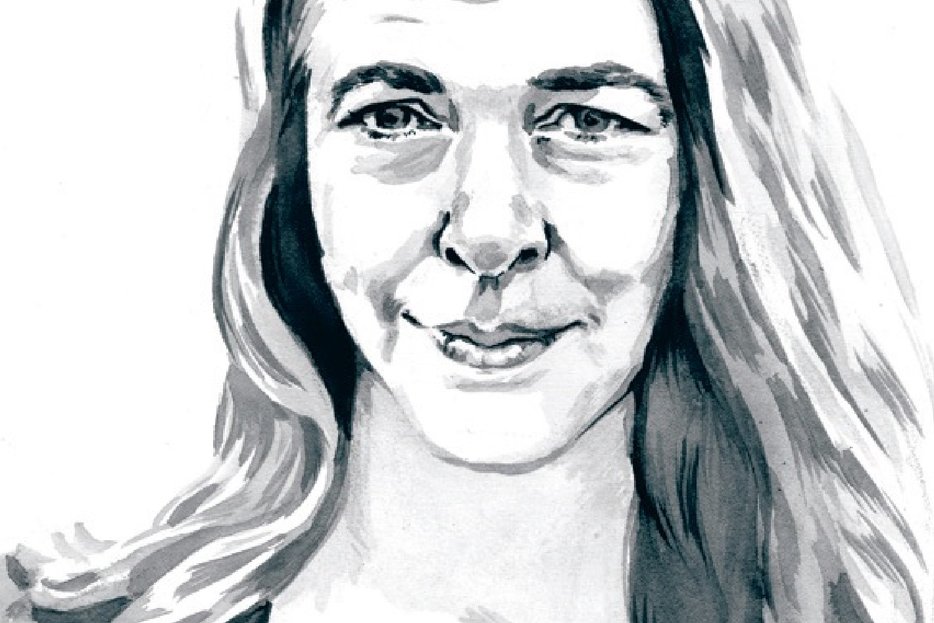 Feelings are facts in the work of Lorrie Moore—author, most recently, of the short story collection Bark, a follow-up to 1998’s adored Birds of America. Though she has published one novel and many essays since then, Bark is Moore’s return to what she is best known and best loved for: short, high-end chick lit.

Moore’s world is distinctly feminine, her characters often pun-loving, Midwestern women you might imagine in tasteful silk blouses of puce and peach. Mutely aggressive, like a decorative conch. Before chick lit was even a category to probe and revile, Moore produced a slow trickle of stories so perfect that no one would have associated her with a Picoult or a Bushnell. Instead, Moore, with her swift, witty, wrenching, and unwaveringly taut prose, led the class in which Amy Hempel, Lydia Davis, and (on the more prurient end) Mary Gaitskill would be ranked. She is both popular and taken seriously—no humble feat in an industry with so much misogyny fixed in its value system that a woman writer is categorically that: Woman Writer, a warning.

For me, that label was a goddamn siren song in the over-lit aisles of my local Chapters/Indigo, signifying something I wanted badly. I was looking for my own woman; a mother woman, to be specific. I lost mine in the least euphemistic sense—not through death or criminality. Shortly after my 16th birthday, she left, and after a few more years, I realized I would likely never see her again.

Living without a mother is a freedom by turns radical and excruciating. It is swimming in the ocean, and Moore’s writing was what made me feel moored again. Her books contained the secrets of womanhood, stories about mothers and daughters and the tensions between them. She wrote about failing women and thriving women and stupid women and basic women. Women were bright in the foreground; male characters figured into a world hewn by a female hand. As a 16-year-old daunted by every personal interaction, Birds of America was what I imagined it would feel like to have maternal wisdom whispered into my ear while the stubborn knots were worked from my hair.

One of my favourite Lorrie Moore stories is the second in Birds of America: “Which Is More Than I Can Say About Some People,” a travel narrative featuring an introverted American named Abby and her blowzy mother, Erica. There are beautiful lines in it that I would sometimes write down myself, printed karaoke. “Her voice was husky, vibrating, slightly flat,” Abby observes of her mother’s singing, “… coming in just under each note like a saucer under a cup.” And later, when considering her mixed feelings of affection and disgust: “When Abby was a child, her mother had always repelled her a bit—the oily smell of her hair, her belly button like a worm curled in a pit, the sanitary napkins in the bathroom wastebasket, horrid as a war.” These, and other lines were indelible as experience to me. Horrid as a war.

Reading backward through Moore’s entire catalogue—Who Will Run the Frog Hospital (1994), Like Life (1990), Anagrams (1986), Self-Help (1985)—I felt wistful and proprietary, as though I’d been flicking through photographs of a woman doing handstands on a perfect expanse of Kodachrome-green grass, long before she was (not) my mother. I adopted Moore as mine, using her stories—“How To Be an Other Woman,” “How to Talk to your Mother (Notes),” “How to Become a Writer”—as directives, perfectly caustic instructions that I carry with me in the non-fictional realm. Mostly, what I learned had to do with being alone, which is often what reading teaches us. Still, Lorrie Moore did it better than anyone else.

Moore’s first collection of stories, Self-Help, was published on the heels of her graduation from the MFA program at Cornell University, her thesis project picked up whole-hog by Knopf. In fact, Moore had been tearing it up since she was a teenager, even winning Seventeen magazine’s short fiction contest. When I first started defiling Moore’s books with my grubby child hands, that achievement held more prestige to me than any number of New Yorker features. In short, Moore was a woman who had figured it out early and committed to writing about other girls and women—as if we were the centre of the universe, lest you thought otherwise.

Even though Moore depicts some of the most conventional types of people, there is something inherently radical about everything she writes. I’m reluctant to call her a feminist writer; even Moore herself doesn’t think she is one (although she admits to an interest in writing full-bodied female characters). Her stories are inhabited by a certain kind of woman: generally middle-class, educated, disaffected, white, and heterosexual. But beneath this homogenous, normative element, there is a world of freak loneliness and despair that every manner of human has tasted.

Moore’s person looms over and under her writing, alive and watchful. In spite of myself, I tend to imagine all of her female characters in her likeness—clones with different, peppy haircuts. She is neither loud nor quiet. Conversational, but unwilling to talk while driving. She wears a shearling jacket, dark with age, and often struggles to find her sunglasses.

I know I’m not the only one who feels this familial attachment to Moore’s fiction. All readers are solitary, jealous souls, returning to certain passages nested in certain stories like an infant to a mother’s breast. One of my closest friends will not travel without burying one of Moore’s books in her luggage, talisman and reading material in one.

Why do we—myself included—respond to Moore this way? Is it such a betrayal that she be human? When she writes a book that is less brilliant than her last, we call it imitative out of loyalty to her early work, work written when she was living a different life. We treat her like a bad mommy.

If Birds of America was a masterpiece, it appears that, 16 years later, Moore has damned herself to the fate of the excellent—that is, every subsequent book and story is compared, weighed, and measured against her earlier success. In this way, a revered writer becomes her own worst enemy. Not only does she have to compete in a bloated, biased market, she must compete with her audience’s nostalgia.

No one spews invective at Moore the way they do, say, Jonathan Franzen. Women writers invite a different mode of negative reception: disappointment. Moore’s last few books—Bark, and, prior to that, the novel A Gate at the Stairs—primarily received what could be described as critical golf claps, ringing with dismay. Even Michiko Kakutani, one of the Times’ cruelest matrons, seemed like a thwarted child in her response to Bark, claiming that Moore’s “custom blend of jokes, inner road maps and social observation devolve into what read like imitation Lorrie Moore stories.”

Why do we—myself included—respond to Moore this way? Is it such a betrayal that she be human? When she writes a book that is less brilliant than her last, we call it imitative out of loyalty to her early work, work written when she was living a different life. We treat her like a bad mommy.

There is another line I return to in “Which Is More Than I Can Say About Some People.” I think of it on grim days, on wet days, on days when I feel especially alone. “Perhaps her mother had never shown Abby affection, not really, but she had given her a knack for solitude, with its terrible lurches outward, and its smooth glide back to peace.” Even an absent mother offers something.

More than any other writer, Lorrie Moore conjures the maternal to me. Earth Mother, Joni Mitchell-loving, dancing-on-the-beach-at-sunset-with-hair-in-your-eyes, half-price-Luna-Bar-don’t-mind-if-I-do mother. A mother only becomes a mother when she has you—and in some ways, to read Lorrie Moore is to be reborn, if only as a person who has now read a Lorrie Moore story. They are stories that inform observations, joke algorithms, and personal syntax as much as any parent can.

Moore, for everything she is and isn’t, was my first guide to adult life—female, artistic, and evocative of a larger world I hadn’t experienced yet. As Abby thinks at the end of “Some People,” sitting in an Irish pub and newly aware of her mother’s flickering humanity, “It was really the world that was one’s brutal mother, the one that nursed and neglected you, and your own mother was your sibling in that world.”

This story originally appeared in Hazlitt No. 2. 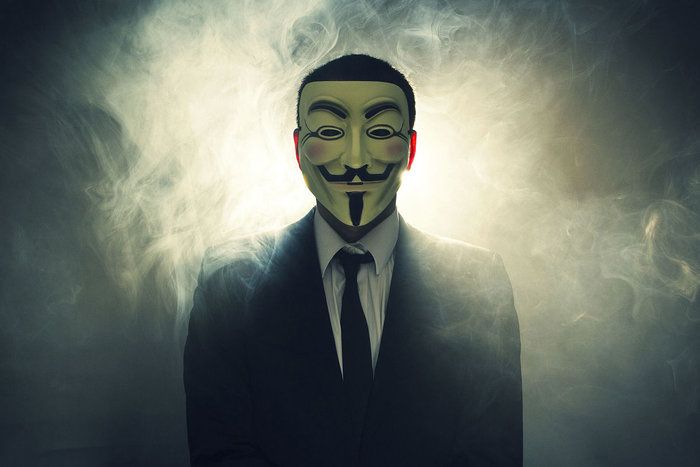 Technology
No Names, Many Histories
Anthropologist Gabriella Coleman wanted to write the definitive story of Anonymous. Her new book explains why that was…

Poetry
I Sell Cheap Flowers By The Roadside