Remembering the New Yorker’s Lillian Ross, who chronicled the second half of the twentieth century with her trademark brand of reporting, one year after her death.

David Hayes is an award-winning journalist, author and ghostwriter. His articles, essays...

In May of 1950, a thirty-one-year-old New Yorker staff writer named Lillian Ross became the talk of the town when the magazine published her sharply-observed, massively detailed profile of Ernest Hemingway. Around the same time, she began following the noted screenwriter and director John Huston as he was making his much-anticipated movie, The Red Badge of Courage, based on Stephen Crane’s Civil War novel.

Two years later, “No. 1512,” Ross’s remarkable anatomy of the Hollywood studio system and the fate of Huston’s film, appeared as a four-part serial in The New Yorker and in book form, as Picture: A Story About Hollywood, a few months later (available again in April 2019 from NYRB Classics). Hailed at the time as one of the first examples of nonfiction written like fiction—it wasn’t, of course; fictional devices have been used by writers of nonfiction since at least the nineteenth century—Ross is on record as having consulted with New Yorker editor (and later her long-time lover) William Shawn early in her reporting, telling him: “I don’t know whether this sort of thing has ever been done before, but I don’t see why I shouldn’t try to do a fact piece in novel form, or maybe a novel in fact form.”

By the time Ross died on September 20, 2017, at ninety-nine, her reputation among the foremost literary journalists was secure. But what’s often overlooked is that, with Picture, she pioneered the fly-on-the-wall, warts-and-all, inside-Hollywood form of journalism which later spawned a whole genre of books, such as John Gregory Dunne’s The Studio (1969); Steven Bach’s Final Cut: Art, Money and Ego in the Making of Heaven’s Gate (1986); Julie Salamon’s The Devil’s Candy: The Anatomy of a Hollywood Fiasco (the 1991 book about Brian De Palma’s disastrous adaptation of The Bonfire of the Vanities); and James B. Stewart’s DisneyWar: The Battle for the Magic Kingdom (2005).

Memorably, Ross begins “No. 1512” with a phone call from Huston.

“You know something?” he said, over the telephone. He has a theatrical way of inflecting his voice that can give a commonplace query a rich and melodramatic intensity. “They don’t want me to make this picture. And I want to make this picture.” He made the most of every syllable, so that it seemed at that moment to lie under his patent and have some special urgency. “Come on over, kid, and I’ll tell you all about the hassle.”

Granted by Huston and the studio, MGM, the kind of carte blanche access that has virtually disappeared in today’s spin-doctored culture, Ross, using her favorite 3 x 5-inch spiral Clairefontaine notebooks and micro-point Uni-Ball pens, recorded the making of the movie with stenographic precision, detailing all the compromises, the noble intentions, and self-absorbed foolishness of Hollywood, often in long chunks of what seem to be verbatim dialogue. It feels as though she’s present everywhere, a technique that’s similar to “participant observation,” a form of qualitative data collection used in sociology and anthropology. In the introduction to her 2015 anthology, Reporting Always, Ross simply called it “writing a piece as if it were a miniature movie.”

She was there to witness the death of the studio system that defined the Golden Age of Hollywood, when big companies, like MGM, were facing competition from TV and anti-trust legislation that would soon end their dominance, to be replaced by an era of smaller studios and directors and actors who demanded greater control. Although Ross, with her micro-approach, only alludes to the macro forces at work.

She always thought of herself as an observer, not an analyst. Born in 1918 in Syracuse, NY and raised in Brooklyn, she started writing for her school newspaper in the sixth grade. Her first story, about the library, began, “Fat books, thin books, new books, old books…” Reading it in print, she recalled, was an “unforgettable rapture.” Later, on a school trip to The New York Times, she was seduced by the sights, smells, and sounds. In the early ‘40s, she got a job on an experimental liberal newspaper called PM that featured splashy photographs and no advertising. When William Shawn, then the managing editor of The New Yorker, tried to hire Ross’s editor at PM, the editor recommended he hire Ross. She distinguished herself from the beginning with vividly drawn stories about a bullfighter in Mexico, the Miss America pageant, a busload of midwestern teenagers visiting Manhattan for the first time, and diamond dealer Harry Winston. Once her reputation was firmly established by her profile of Hemingway, she turned her attention to Huston’s movie.

Given the sanitized portraits of Hollywood up until this time—mainly puffy biographies of stars and cleaned-up histories of the big studios—what surprised readers was Ross’s depiction of how crude internal politics and battles between art and commerce were at the heart of moviemaking. Huston saw “The Red Badge of Courage” as an artistic endeavor, a story of the moral ambiguities of war (his next film, which he regarded as a quick-and-dirty money spinner, was The African Queen). Although backed by his producers, Huston wasn’t aware that legendary MGM boss, Louis B. Mayer, who favored corny, big-budget entertainments, hated the idea of The Red Badge of Courage but was content to watch as his subordinates fell on their swords.

Ross captures the action with a cinematic intensity and her trademark rendering of dialogue, as in a characteristically vivid scene in which Mayer is seen in his office ranting about modern movies:

“Don’t show the good, wholesome American mother in the home. Kind. Sweet. Sacrifices. Love.” Mayer paused and by his expression demonstrated, in turn, maternal kindness, sweetness, sacrifice, and love, then glared at [producer Arthur] Freed and me. “No!” he cried. “Knock the mother on the jaw!” He gave himself an uppercut to the chin. “Throw the little old lady down the stairs!” He threw himself in the general direction of the American flag [behind his desk]. “Throw the mother’s good, homemade soup in the mother’s face!” He threw an imaginary bowl of soup in Freed’s face. “Step on the mother! Kick her! That is art, they say. Art!” He raised and lowered his white eyebrows, wiggled his shoulders like a hula dancer, and moved his hand in a mysterious pattern in the air. “Art!” he repeated, and gave an angry growl.

James Thurber once admiringly called Ross “the girl with the built-in tape recorder,” although Ross didn’t believe in using tape recorders. In her 2002 book, Reporting Back: Notes on Journalism, she wrote: “To me, the machine distorts the truth… Tape-recorded interviews are not only misleading; they are unrealistic; they are lifeless… I make sure to write down key, identifying phrases and words that help me remember the rhythm and context of what I’m hearing. Then I’m able to reproduce long exchanges.” And in a 1961 interview in Newsweek, she said, “You try not to get in the way of the person you’re trying to show. If you’re trying to follow along with the person you’re interviewing, to respond to him instead of coming along with a lot of prepared questions, you just get him going. And don’t bother him.”

In a review of Picture in The New York Times, producer and screenwriter Budd Schulberg summed up what many of the people associated with “The Red Badge of Courage” probably felt. “It is a book with many morals. Perhaps the first and most obvious is that, if you value your privacy, if you don’t want to be caught with your clichés down or your pretensions showing, Miss Ross is not the lady to ask into your home.”

When Picture was published, reviewers made much of Ross’s so-called purely factual, objective reporting, even though the author’s hand is evident throughout the book. Noting that spending time with Huston felt like being in a Huston film, she wrote, “In appearance, in gestures, in manner of speech, in the selection of people and objects he surrounded himself with, and in the way he composed them into individual ‘shots’…and then arranged the shots into dramatic sequence, he was simply the raw material of his own art.”

In her understated, yet no less deliberate, way, of course, Ross also shaped her material into an expression of her own experience. Her judgments, cloaked as observations, are often incisive, as in her description of a Hollywood executive lunching in a fashionable restaurant. “He was almost the only one in Chasen’s who was not at that moment looking around at someone other than the person he was talking to.”

Unlike the so-called “new journalism” that was to come in the 1960s, when writers like Tom Wolfe and Hunter S. Thompson put themselves front-and-centre in their stories, Ross held a view that today seems quaintly old-fashioned. In her introduction to Reporting Back: Notes on Journalism, she wrote: “reporting is not about the reporter, even though he is always revealed in the writing. If one is the kind of person who needs attention from others—who prefers talking to listening, who wants to be the star of a situation or important to the situation, who essentially wants to show off—reporting is not a choice line of work.”

Shortly after Picture was published in late 1952, a reviewer for the Times Literary Supplement wrote, “Miss Ross, though she makes no comments of her own, lets everyone babble with childlike trust and in such an uninhibited manner that without exception they appear a crowd of grotesques worthy of Nathanael West.”

Midway through her research, Ross was attacked in the literary magazine Partisan Review by Hans Meyerhoff, a UCLA professor friendly with movie insiders. Among the charges was Ross’s technique of asking questions “deceptive in their sophomoric simplicity” and her habit of seldom saying anything herself. A shoot-the-messenger observation at a time when journalism, like the movie industry, was in the early stages of a radical evolution. In an interview after Picture was published, Ross explained, “All I do is take a lot of notes. And I listen.” A simple strategy that allows readers to see and hear what they would otherwise be excluded from, pioneered by the woman a New York Times reviewer described as “one of the most creative innocent bystanders of our time.”

David Hayes is an award-winning journalist, author and ghostwriter. His articles, essays and reviews have appeared in publications such as Toronto Life, Reader’s Digest, The Walrus and The New York Times Magazine. His first book documented a crime set in Nova Scotia and New Jersey. 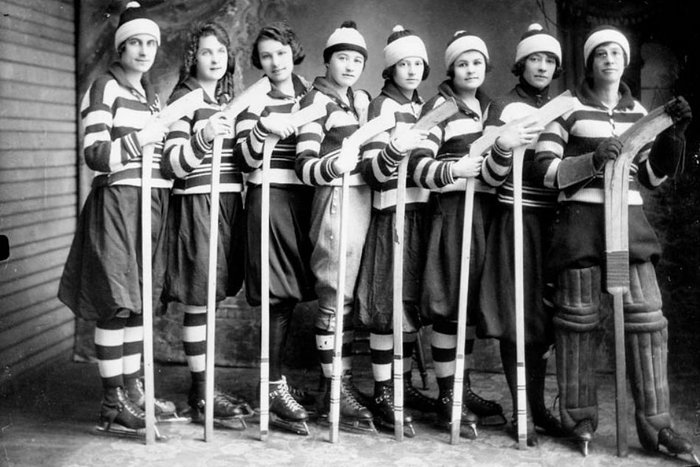 Identity
The In-Between Space
I understand why people balk at labels. But I think of them—tomboy, butch, genderqueer, MOC—as functional and hopeful…. 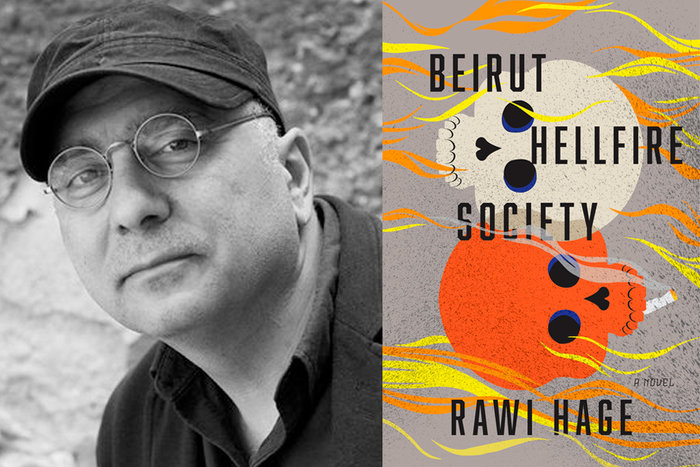 Interview
‘What I Fear Most is Homogeneity’: An Interview with Rawi Hage
The author of Beirut Hellfire Society on writing about the Lebanese Civil War, collective memory, and the selfishness…

Street Meat Stories
Andrea Werhun, Nicole Bazuin
'Part of Being Young is How Much You Notice': An Interview with Scarlett Thomas
Richa Kaul Padte