‘Go Out and Fight Nature and Lose’: An Interview with Blair Braverman

The author of Welcome to the Goddamn Ice Cube on dog sledding, abuse, and the lure of the Arctic. 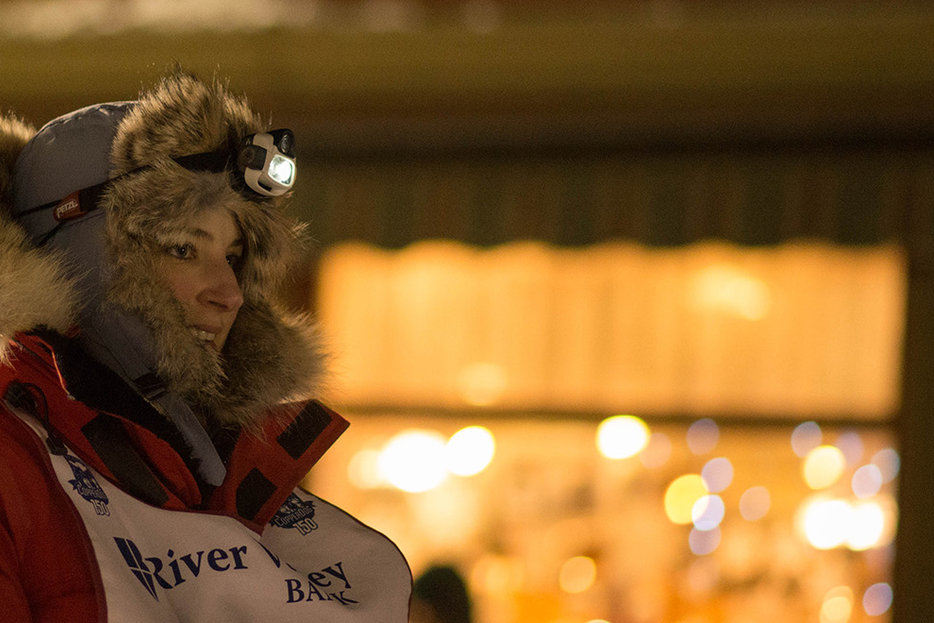 “I’d become acutely aware that adventure was a kind of violence, too,” writes Blair Braverman in Welcome to the Goddamn Ice Cube, her debut literary memoir. Braverman’s story begins at the edge of a bonfire in a village called Mortenhals, a speck of a place that sits on Norway’s Malangen fjord, population: 342. What follows is a decades-long exploration of what anchors the 28-year-old so tightly to the Arctic, a place she feels inexplicably drawn to despite a childhood spent in California.

As a ten-year-old, Braverman spent a year in Norway living with her parents while her father worked as an anti-smoking researcher. She becomes an adolescent enthralled by her newly discovered destiny: to be a polar explorer, obviously. Six years later, she returns to Norway on a year-long exchange and discovers the darkness that resides up there, through the fear and intimidation imposed on her by her host father. He molests her in the backyard one day during a snowball fight, an experience that sends Braverman into a spiral of confusion and introspection. After graduation, she returns again, to attend a folk school where she learns to dog-sled. Instead of coming home to California after the year is up, she seeks out dog-sledding jobs and takes one, working on a glacier in southeast Alaska for the aptly named Dog World operation.

It’s there that the gender dynamics of these places are drawn into sharp focus: no doesn’t mean no here on the ice, she realizes quickly, as she is raped repeatedly by her musher boyfriend. And yet, she can’t divest herself from the cold, returning again for another season at Dog World and later carving out a life for herself in Mortenhals.

It would be easy for this book to tell the straightforward narrative adopted by many contemporary adventurers and memoirists: woman flies north, finds self, returns home. Instead, Braverman returns again and again, exploring what it means to be a woman in a desolate place where survival reigns, and finally settles in Wisconsin as a dog musher and farmer to build a northern outpost of her own.

Katherine Laidlaw: What does your life look like right now?

Blair Braverman: I just dropped off two dogs at a monastery, a literal castle. A friend of a friend bought this monastery in Wisconsin and is turning it into an artist residency and a luxury home for retired sled dogs. So I brought two of ours there. They were a little iffy—they’d never been inside before, and didn’t know what to make of it. “Where’s my raw beaver meat?” I live on a farm in Mountain, Wisconsin. I’m also having puppies this week. I’m really excited about the puppies.

Your book is coming out at what seems like the perfect time—there’s an ongoing conversation about gender politics, and we’re seeing a surge in adventure memoir written by women. Was it an intimidating prospect, taking on a book that would place you within a tradition that includes writers like Cheryl Strayed and Tracy Ross?

I didn’t think too much about it. I’m honoured to be part of that tradition, for sure. But my background is in environmental law and I’ve read a lot of nature writing—I really resist a lot of its conventions. I set out to write a nature book that was almost entirely about people. You see these patterns emerge in that genre: romantic landscapes, female-identified nature writing that’s full of wonder, women watching birds or young fathers dealing with their new fatherhood in the woods. And then there’s masculine-identified nature writing, where it’s like, I went out and I saw nature and I won. I was playing with that. What does that look like, to take that male narrative of going out and fighting and winning, and instead go out and fight nature and lose? 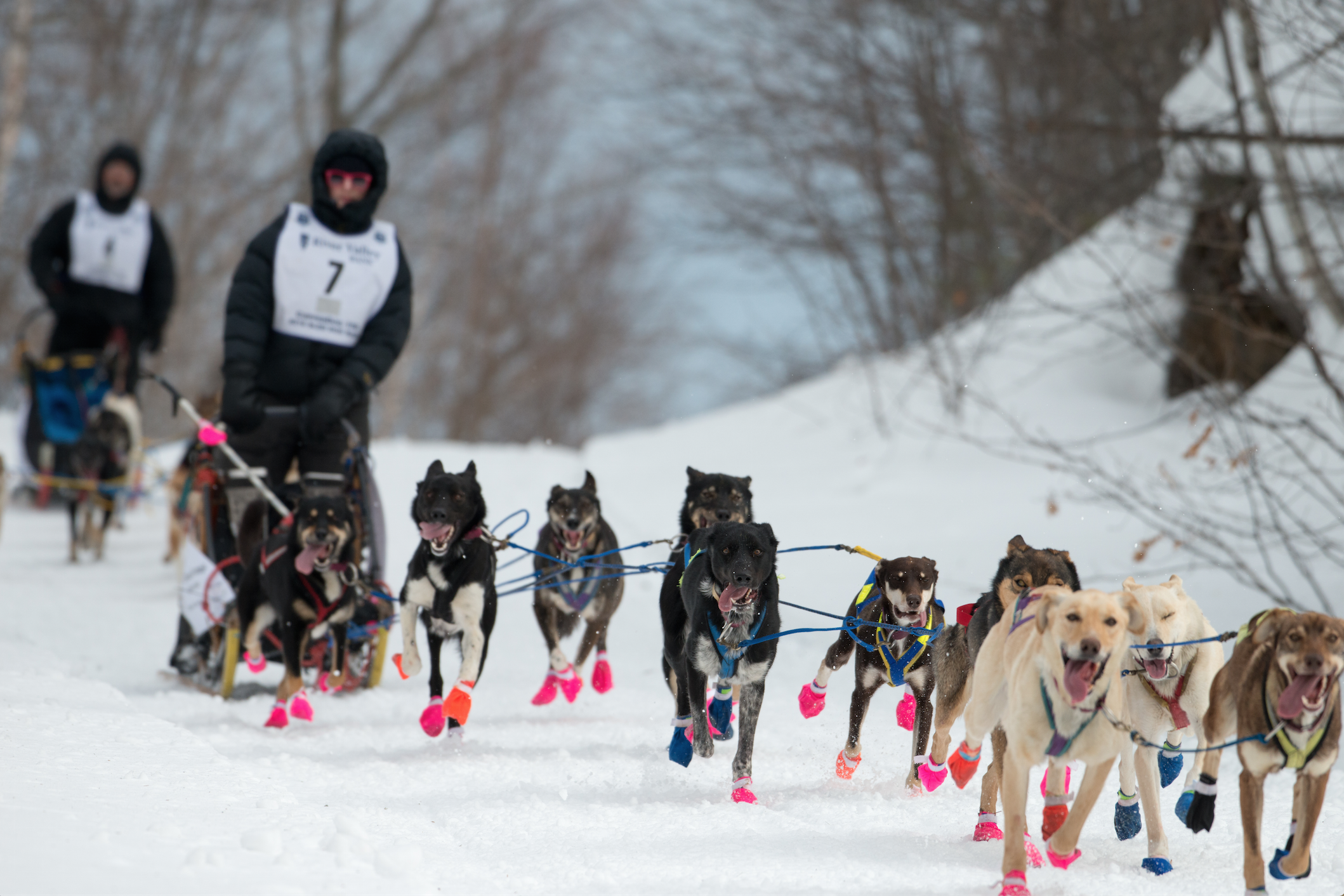 Okay, let’s talk about dogs. It sounds like, in the book, in part you were attracted to the idea of developing and running a dog team because the emotional trajectory was straightforward—they wanted to love and be loved, and you wanted that too. Is sledding still a big part of your life?

I’m more involved than I’ve ever been before. At the end of the book, I got the first six dogs, and a year after the epilogue concludes a musher I admire offered me his whole kennel, all his equipment and all his dogs, just as a package, for free. He was getting out of the sport. [My fiancé] Quince and I thought about it for three months. We said yes, and went from having six dogs in the garden to having an Iditarod’s worth of equipment and 21 dogs on the farm, overnight. That was last September. I decided this winter that I’m training for the Iditarod [the world’s longest dogsled race.] That’s an 1,100-mile race—a lot more people have climbed Everest than have done the Iditarod. I think it’s one of the craziest things a person can do. Now I’m shaping my team toward that, and hopefully these puppies will carry me across Alaska.

One thing I really related to in the book was the point when you’re describing being out in remote Norway alone, walking for hours to try to make it to Bromme, the village where your friend Oda lives, and wanting nothing more than to lie down somewhere to sleep. But you can’t, because your fear of a man, any man, possibly seeing you go into the bushes to rest overpowers your body’s desire to sleep. So you keep walking along the highway, and walk for almost 24 hours. And I wonder whether your time in the north changed how you think about safety, or how you feel about spending time outdoors as a woman.

I think it’s an entirely different thing to spend time outdoors as a woman and I think men don’t know that. Because, how could they? I’m always interested in that dynamic—it’s a fear I’ve dealt with a lot. There’s a paradox at the middle of it which I can’t quite make sense of, which is that the point of wilderness is that there aren’t people, and the reason that question is gendered is because of vulnerability to people. I think one of the reasons I’m drawn to the cold so much is that I don’t have that fear when I’m in the cold. Nobody’s going to bother me when it’s 20-below. When I’m in a dogsled race, I’m just not worried. Everyone’s job in the cold is to pay attention to their own body, not to other people, and that’s very freeing for me. There were some cases in the Iditarod this year where women were attacked. That’s so terrifying to me, to be doing something so vulnerable and intense, and have someone act malevolent toward you. When I’m in a race, I find ultimately you can’t pretend that you’re not on the same side—maybe you’re competing but, really, you each have ten dogs strapped to a little piece of balsam wood. 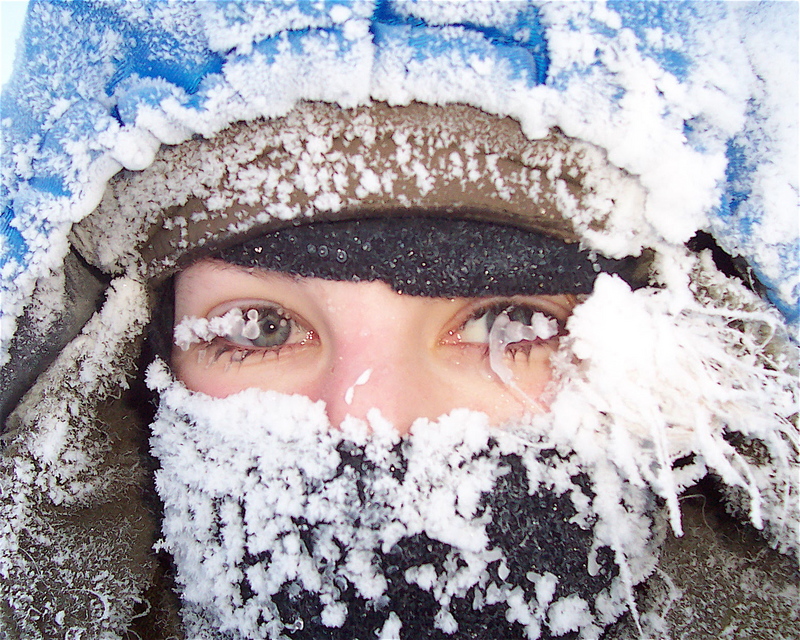 That part of your book when you arrive, haggard and lost, in Malangen, and have this epiphany that you’ve found a refuge that, after such a gruelling journey, feels safe, that was such a relief to read—that there is such a place out there for us.

I don’t know whether it’s a safe space but I think I figured out that I was safe there. This is just on my mind because it happened yesterday but my sled dog is about to have puppies and I was bringing her inside—I only have six dogs on the farm and I’m on my own now so most of the dogs are just loose. As I was bringing her in—she’s having mood swings because she’s pregnant—she got into a fight with this other dog. The other dog bit off her nipple while I was there breaking up the fight. I separated them, and they were wagging their tails and happy again. I had this moment where I thought, oh my god, I’m alone here and this dog has had her nipple bitten off. I brought her into the bathroom and reattached her nipple with medical tape. I couldn’t stop my hands from shaking. The dog was fine, she wanted to lick my face. That experience encapsulated a lot of the emotions of the arctic and dogsledding for me. Moments of supreme beauty and joy, as there are puppies kicking in this momma’s belly. And also I’m reattaching her nipple in the bathroom. 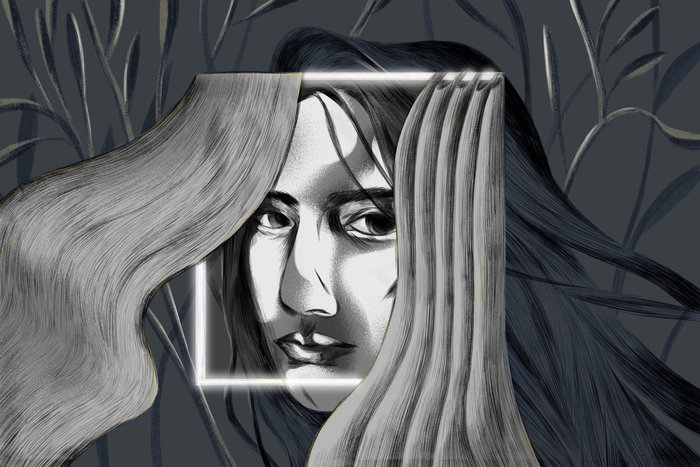 Essay
Our Final Constellation
How can we live without learning how to die? 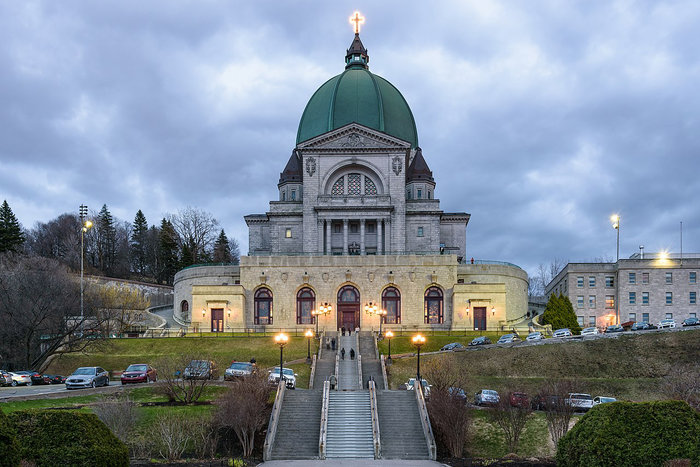 Fiction
The Wedding Cake, Annotated
Notes on a short story.