The fear of one day losing touch with Chinese culture compels me to shout my heritage just a little bit louder than my husband’s—including resisting things like casseroles and Jell-O.

Elena Zhang is a freelance writer based in Chicago. Her writing can be found in The Rumpus... 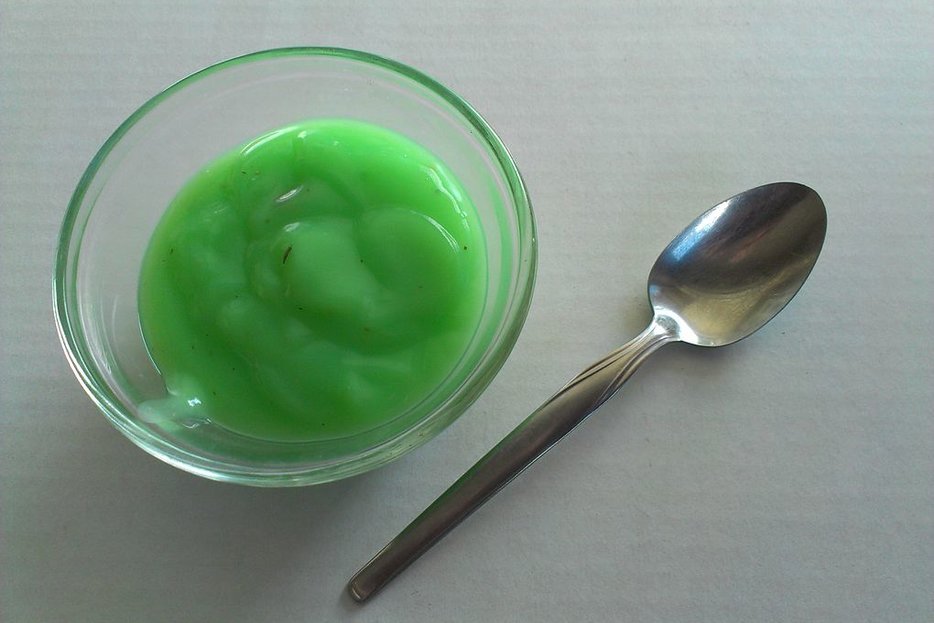 My husband has always expressed an affinity for Jell-O products, which is hardly surprising. They were a staple in his household growing up. The first time I met his family, Jell-O snuck its way into every meal we ate, from “salads” made of orange Jell-O, marshmallows, Cool Whip, and mandarin oranges, to sauces made of blended red Jell-O mix and canned pears.

I did the best I could to be gracious and polite to my in-laws about dinner. It wasn’t hard—the buttery mashed potatoes and baked chicken smothered in mushroom sauce were hearty and comforting. But when it came to the Jell-O dishes, I had to hang my head in shameful defeat, furtively sneaking my bowl of pear sauce to my husband under the guise of being too full. I tried, I really did. Three bites in, though, I knew I had maxed out on the amount of artificial sugar my stomach could consume without rebelling.

I instantly categorized these strange concoctions as “white people food,” a list I’ve been mentally keeping track of ever since my fish-and-rice packed lunches got their first stink-eye in the grade school cafeteria. Growing up in Chicago, I certainly ate my fair share of burgers and spaghetti, but my immigrant parents made sure our weekly dinners reflected food from their own childhoods, and these Jell-O based dishes were not nearly ubiquitous enough to have punctured through my Chinese family’s knowledge of white culture.

My husband also experienced a bit of a culture shock when he came over to my parents’ house for dinner for the first time. My grandma insisted that my mother cook traditional Chinese delicacies like chicken feet and pig ears, just to see how he would react. I could sense his trepidation when he picked up a foot with his chopsticks and saw the little toenails still attached, but to my surprise he quickly devoured them. He marveled at the feets’ sticky sweet skin, and at the crunchiness of the ears, even asking for seconds. When it comes to dinners in our own home, he approaches my Chinese cooking with the same enthusiasm, gamely trying any new Chinese ingredient I introduce to our meals, like mu er (wood ear mushrooms) or bamboo shoots.

Since he knows how much I love to cook and generally isn’t very picky with what we eat, he is happy to let me take the lead in meal-planning. But there are times when he mentions the word “casserole” and I instinctively hesitate. For one thing, I’ve only made casserole maybe once in my life, for Thanksgiving, and the mushy discolored green beans didn’t exactly make a good impression. More distressing is the idea that in my mind, casseroles are synonymous with “white people food.” Besides its foreignness, it also ushers in the fear of losing what little bit of Chinese culture I have managed to retain from my parents by succumbing to the ubiquity of white culture around me.

I know how easy it was for me to assume the traditions of white America when I was growing up, from the food to the holidays, from the pop culture to the English language. This, despite having parents who were both born and raised in China, who tried their best to impart their memories of home to their children. The shame of not making more of an effort to embrace their history and the fear of one day losing it completely compel me to shout my heritage just a little bit louder than my husband’s—including resisting things like casseroles and Jell-O. Any concession feels uncomfortably like a betrayal to the first half of my hyphenated identity.

This is probably why I was able to live a full 27 years of life without ever knowing about the existence of Jell-O Instant Pistachio Pudding, until my husband one day spotted a small package of the pudding mix while grocery shopping. While he excitedly recounted the times he would eat it on St. Patrick’s Day as a child, all I could think was, who was the lunatic that decided pistachio was a flavor that needed to be expressed in pudding form?

When it comes to dessert, my feelings of disdain stem partly from my own childhood memories. Dessert back then was most often associated with a platter of fruit—usually orange or watermelon slices, sometimes a spread of melons and berries. Chinese treats usually came in the form of lightly sweetened red bean paste, whether it was in a bun, a mooncake, or a dessert soup. We snacked on haw flakes, little thin wafers of dried hawthorn berries, in the school cafeteria while our peers ate chocolate pudding. Our birthday cakes, always from the local Chinese bakery, were simple affairs: eggy sponge sandwiched with a light whipped cream and topped with a mound of glistening strawberries.

I now genuinely find most American desserts too sweet. I can barely get through a frosted cinnamon bun. One bite of a cheesecake brownie is enough to send me running for a pitcher of water. I scrape off frosting from store-bought cakes, and my favorite item to get from the bakery will always be the cute little tarts loaded with fresh fruit. My proclivity for all things “not too sweet” helped me sit on my high horse of healthy eating, encouraging my reluctant husband to do the same. It was my perception that it was healthier that made me fiercely tout my Chinese dessert palate, but also because it was just that—Chinese.

Still, I remembered how my husband attacked those chicken feet with gusto all those years ago, a simple gesture that stayed with me for a long time. Somehow, without feeling like I’m diluting my fragile Chinese identity, I know I should respond in kind. And that’s how I found myself putting a small box of Jell-O Instant Pistachio Pudding mix on the checkout belt. Was it the gnawing sense of inevitability that one day he will wear me down and a floodgate of white people food will be unleashed on me like a tide? Perhaps. I think I was just tired of being the naysayer.

We went home, and he made the pudding in the kitchen while I waited in the living room with apprehension. A few minutes later (no cooking required for this pudding, apparently), he presented me with a bowl of pudding, pale green and wiggly, dotted with brownish specks of what I assumed were real pistachios. When I saw that it wasn’t the radioactive color I imagined it might be, I started to feel a little optimistic. Maybe this wouldn’t be so bad! I touched a tentative spoonful of the stuff to my tongue.

No such luck. It was horrible—worse than I imagined it would be. Any thoughts of rich, silky pistachio ice cream vanished, quickly replaced by an acrid flavor I couldn’t quite identify. It definitely wasn’t pistachio, that’s for sure.

I reluctantly ate another mouthful of pudding, needing to be sure that what I tasted wasn’t just my own bias. But with the saccharine goop came an unexpected helping of hypocrisy, because I suddenly remembered that one of my favorite Chinese desserts, in fact, contains jello. Xing ren do fu, literally, almond tofu, is a classic Chinese dessert comprised of cubes of almond milk jelly usually mixed with tropical fruit from a can, served cold in a bowl. Those bowls of jello and canned fruit, I now realize, could be ripped straight from my “white people food” list (sans the Cool Whip, of course). Sure, the almond jello isn’t as overtly sweet as American jello, but it was a reminder that our two cultures, while seemingly so disparate, might be able to find common ground after all, in little blobs of gelatin.

One bowl of pistachio pudding was enough for me, but I did buy my husband a few boxes of the mix as conciliation. I’m hoping he’ll eat them slowly and over time; for his sake, and for mine.

Elena Zhang is a freelance writer based in Chicago. Her writing can be found in The Rumpus, Paste Magazine, Racked, Food52, The Establishment, Extra Crispy, and The Mary Sue, among other publications. 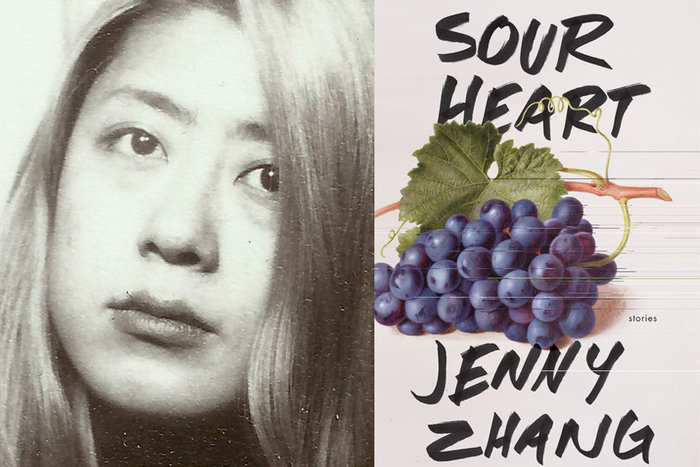 Interview
‘The Bonds of Power Are Diffuse’: An Interview with Jenny Zhang
The author of Sour Heart on survival, memory and grace. 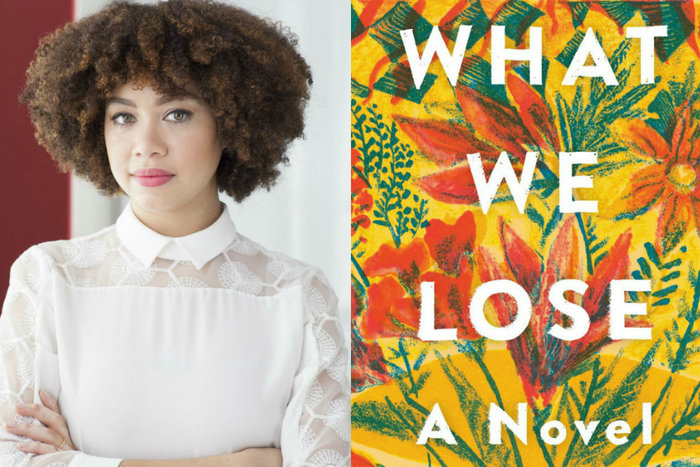 Interview
‘There Are Universal Human Roots for Every Problem’: An Interview with Zinzi Clemmons
The author of What We Lose on identities, the inability to be cured of grief, and abortion as a debate between…