Fall to Pieces: On Elena Ferrante and My Own Frantumaglia

I finally have a word to describe my fear of the fragmented world.

Rachael Nevins is a Brooklyn-based freelance writer and editor whose poetry and prose have... 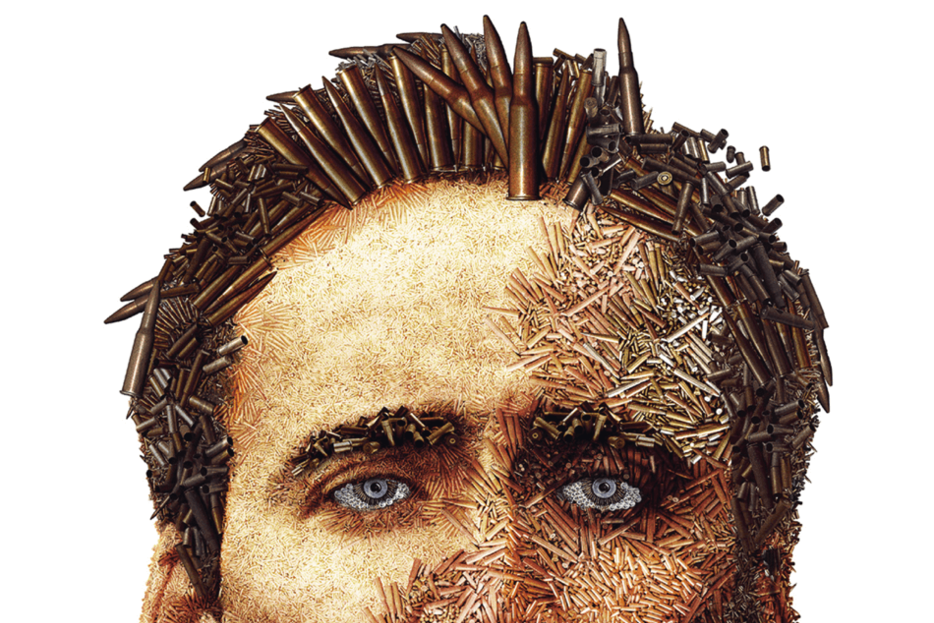 From a time before I can remember, I’ve refused to wear buttons. No one knows why. All I know is what my mother told me—that when I was about two years old I had a shirt I would not wear until she cut off the buttons. Did I cry or throw a tantrum? What did I say? My mother can’t tell me; she died many years ago.

I used to say that I was allergic to buttons, which is inaccurate. Buttons don’t make me break out in a rash or give me any trouble breathing. They simply disgust me. I remember how hideous I felt as a four-year-old wearing a polo I called “the clock shirt.” I hated its repeating pattern of red-and-blue alarm clocks, and I hated its small, clear, plastic buttons. To my mind, the only thing worse than small clear buttons are small, tortoise-shell brown buttons.

For a while, I hoped to find buttons I could tolerate wearing. In my mother’s view, my objection to wearing them was something I was going to have to outgrow, but by the time I was in second grade my aversion to buttons was an idiosyncrasy indulged by the adults who bought my clothing. I still don’t wear them.

Now I say I have a phobia of buttons, even though I am not afraid of them. Disgust, I have learned, plays a role in some phobias. Recently I Googled the keywords specific phobia disgust and discovered the case study of a nine-year-old boy who is the only other person I’ve ever found in the world whose feelings about buttons are (or were) something like mine. His phobia, however, was truly a disorder; his distress was so intense that he could not concentrate in school due to the buttons on his uniform. He responded to treatment with increased distress until it was understood that disgust rather than fear was the source of his anxiety. Afterward, his treatment involved handling buttons, exploring how and why he thought they were “gross,” and imagining such things as “hundreds of buttons falling all over his body.” This horrifies me as it might horrify you to imagine maggots falling all over your body, except that the image of soft, shapeless maggots doesn’t truly convey my horror of buttons, especially loose buttons: their glistening hardness, their cool, mass-produced roundness, and their ridged edges and holes. As I write these words, I feel my mind getting itchier and itchier, as though I’m breaking out in mental hives. I want to claw off my face.

The button phobia of the nine-year-old boy had a beginning and an end: it began when as a kindergartener he knocked over and spilled a jar of buttons, and it ended with his treatment. My phobia, on the other hand, seems to be without origin, a priori, so it shouldn’t be a surprise that so far it has had no end. My mother sometimes idly entertained the notion that hypnosis could uncover the reasons for it; perhaps it was the result of something that had happened to me in a previous life, she theorized. After years of studying the strange workings of my mind, I’ve arrived at a different theory, which is that my phobia arises from some atavistic part of my mind that perceives a deeper reality—that, like the whole world, the stuff I call “I” is assembled of small, alien pieces.

Though the term for a phobia like mine is specific phobia, a fear or aversion of a specific object or situation, in truth my unease can spiral out of control, into a generalized dread of drains, tile, bricks, images of the cellular structure of the body, and any repeating pattern of holes. A disturbing image can surprise me anywhere. In the weeks before my wedding, posters for a movie starring Nicolas Cage appeared in the subways of New York City in which the actor’s face was composed of bullets. It stuck in my mind; I couldn’t stop thinking about what it would be like to touch his cold, shiny, bumpy skin. At first, I thought that if I didn’t look at the posters as I walked the long hallway up from the subway to West 4th Street every day, I would forget it—I didn’t. Then, I thought maybe I could neutralize the power of the image by purposefully looking at the posters, but it continued to disturb me, even after I left the city for the Connecticut suburbs in the days before getting married. My mind elaborated on the image, again and again, until the day of my wedding, I imagined it was my face that was made of bullets, or that hundreds of buttons were sewn onto my face. And again and again I imagined the pieces of my face tumbling apart.

Frantumaglia is the title of a collection by Elena Ferrante of letters, interviews, and essays from 1991 through 2016, newly available in English. In a long letter to Giuliana Olivero and Camilla Valletti of the Italian monthly Indice, Ferrante explains the source of the title, saying (in what, given the recent potential unmasking of the person behind Ferrante’s pseudonym, may be an act of myth-making) that frantumaglia is a word that her mother “used to describe how she felt when she was racked by contradictory sensations that were tearing her apart. She said that inside her she had a frantumaglia, a jumble of fragments.” In describing the frantumaglia, Ferrante uses such words as “disquiet,” “miscellaneous,” and “debris.” She explains that she does not know what her mother really meant by the term and that “I thought as a child that the frantumaglia made you sick, and that, on the other hand, someone who was sick was fated sooner or later to become frantumaglia.” I thrilled at this description, at Ferrante’s boldness in associating the frantumaglia with illness, reality, death: “The frantumaglia is an unstable landscape,” she writes, “an infinite aerial or aquatic mass of debris that appears to the I, brutally, as its true and unique inner self. The frantumaglia is the storehouse of time without the orderliness of a history, a story. The frantumaglia is an effect of the sense of loss, when we’re sure that everything that seems to us stable, lasting, an anchor for our life, will soon join that landscape of debris that we seem to see.” I was relieved.

Few people know about my phobia, because it is so peculiar that even I can hardly account for it; now I have a word I can use to tell the strangest thing about me, the way that my mind snags on certain objects of the world, allowing an inexplicably horrifying disorder to tumble in.

“Why might you have felt that you were going to pieces?” asked my therapist after my honeymoon. Her question seemed to be beside the point, because my terror seemed to have to do with something deeper than mere personality or the taking up of a new identity as a married woman. I remember looking out the window of the bed and breakfast where my husband and I stayed after the wedding. The sweet evening light illuminated the grass and trees, and I thought, Now I am married and one day I will die. The part of life that fairy tales tell about had for me come to an end.

Comparably mild though it was, I see something of the suffering I experienced in the days before my wedding in the terrifying and overwhelming episodes of dissolution that the character Lila suffers in Ferrante’s Neapolitan Novels. During these episodes, Lila seems to perceive the world as it is: unstable and lacking clear boundaries even between the senses. “A tactile emotion would melt into a visual one, a visual one would melt into an olfactory one, ah, what is the real world, Lenù, nothing, nothing, nothing about which one can say conclusively: it’s like that,” Lila tells the narrator in the wake of one of these episodes. Her episodes of dissolving margins trouble me. I want to contradict Lila, correct her, believe that the world is not so violent and senseless as she says it is. Given my resistance to Lila’s understanding of things, I’ve often wondered why I’ve found so much pleasure in reading the Neapolitan Novels. For some time I assumed that I had simply been swept up in the narrator Lenù’s story, which spans sixteen hundred pages and six decades, taking pleasure in the narrative despite the disruptive central presence in it of Lila, who is always looking underneath the surface of things to the Fascist past, the Camorrist present, and the magma seething under the crust of the Earth. But the truth is that I take pleasure in Lila’s worldview, too, the one that it seems as though Lenù comes to share. “And this is how I see it today,” writes Lenù at the beginning of Those Who Leave and Those Who Stay: “it’s not the neighborhood that’s sick, it’s not Naples, it’s the entire earth, it’s the universe, or universes. And shrewdness means hiding and hiding from oneself the true state of things.” I remember my excitement at reading these words, in their complete disavowal of transcendence.

Over the decades of interviews in Frantumaglia, a portrait emerges if not of the artist herself, then of Elena Ferrante’s writing process and aim: to give order to the frantumaglia, however provisional, and arrive at a literary truth through story. Although according to Ferrante this truth is “released exclusively by words used well, and it is realized entirely in the words that formulate it,” she rejects the making of beautiful language. She rejects, too, “stories in which someone is redeemed as confirmation that peace and happiness are possible, or that one can return to a private or public Eden.” To create a narrative from the frantumaglia is to embody it without taming it. “I cling to [the fictions] that are painful, those that arise from a profound crisis of all our illusions. I love unreal things when they show signs of firsthand knowledge of the terror, and hence and awareness that they are unreal, that they will not hold up for long against the collisions,” writes Ferrante.

To my surprise, I am like that too. I do not want to be cured, as was the nine-year-old boy who once shared my phobia. I do not want to accommodate myself to a world made of pieces, a world that includes buttons. In part, I resist because I wish to pretend that the world is other than what it really is. And in part, I resist because I want to continue to be troubled by the world.

Rachael Nevins is a Brooklyn-based freelance writer and editor whose poetry and prose have appeared in Rattle, Literary Mama, the Comstock Review, Publishers Weekly, and elsewhere. She teaches online poetry workshops with The Writers Studio. 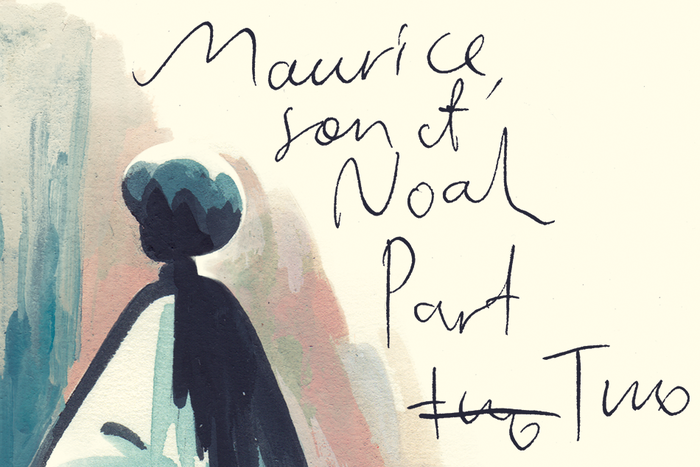 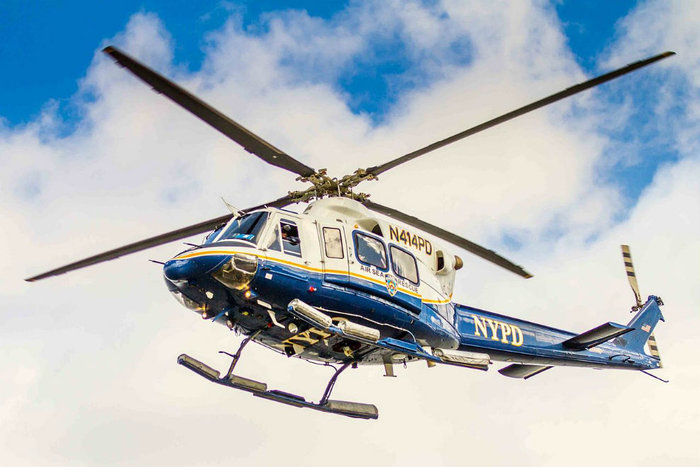