In Up, Up, & Away, author Jonah Keri recounts the history of the bygone Montreal Expos and his connection to the team. In this excerpt, Keri regales us with the tale of an epic 22-inning game, replete with a misbehaving mascot.

Jonah Keri
JONAH KERI is a writer for Grantland.com and a contributor to ESPN... 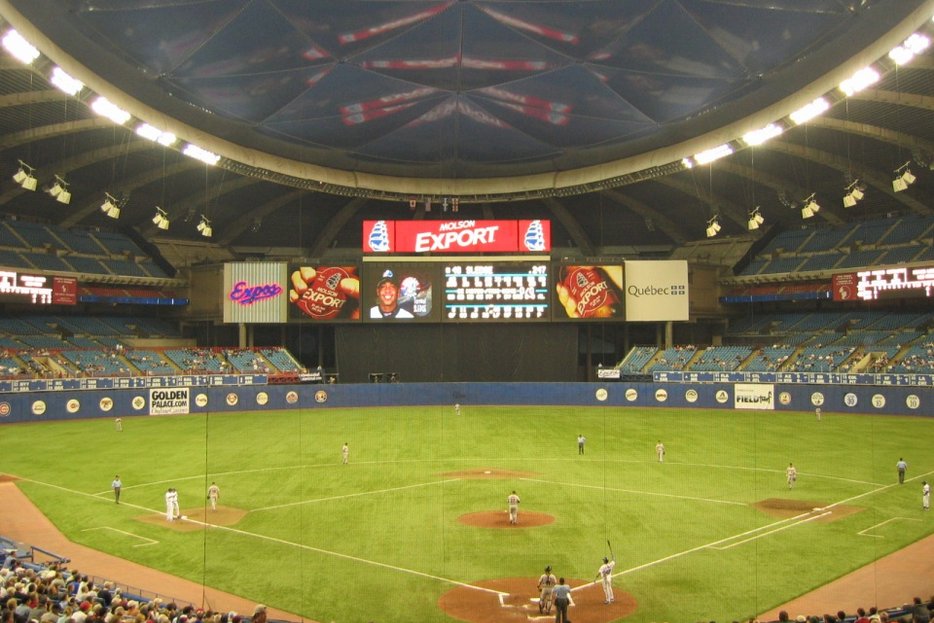 We’d been back for a week from our summer-long trip when the Expos capped a 13-game home stand with a Wednesday night tilt against the Dodgers. Our team was no longer in first place, but still stood just two games out, very much in the race. After two months away from the Big O, it was time to go back. My buddy Bean and I met up at the du Collége Metro stop, and off we went.

Starting for the Expos was Perez, by now completely free of his early-season struggles and coming off a complete-game win over the Padres. Starting for the Dodgers was Orel Hershiser, the defending Cy Young Award winner. With two of the best pitchers in the league and a Dodgers team that didn’t hit a lick all year, the ingredients were there for a low-scoring game. Nobody had any idea how low-scoring.

The Expos threatened in the early innings. They put a runner on third with two outs in the first but failed to score. Two singles in the second also netted nothing. The Dodgers didn’t do anything at all until the fifth, when a leadoff single went nowhere. In the eighth, L.A. put runners on second and third with one out, then pinch-hit for Hershiser. But Perez struck out Mike Sharperson, then got Alfredo Griffin to line out, keeping the game scoreless.

Weird tactical moves started piling up. Rookie Larry Walker, playing in just his seventh major league game, was batting second. Manager Buck Rodgers apparently trusted Walker enough to bat that high in the order but not to swing away, and had ordered him to sacrifice in the bottom of the first after leadoff hitter Dave Martinez had gotten on with a single. In the bottom of the eighth, after ace pinch-hitter Wallace Johnson led off with a single, base-stealing machine Otis Nixon pinch-ran, but Rodgers ordered another bunt anyway. Again, the Expos didn’t score.

The game stayed scoreless through the ninth and on into extra innings. The crowd of 21,742 started thinning out. Bean and I ditched the bleachers and snuck over to section 117. We ran into Brian (another one of the core group of diehards who bought walk-up bleacher seats 30 to 40 times a year) and his parents. They left after the 12th inning, the game still scoreless. Two guys two grades above us were downtown listening to the game, then drove over to the ballpark on a whim. They made it for the 13th, walked right in without paying, and ended up getting a full nine innings for their zero-dollar investment.

The game got more and more surreal as the innings ticked away. At one point we noticed a commotion from the Los Angeles dugout. Dodgers manager Tommy Lasorda was yelling about something; about what, we couldn’t tell. Red-faced, he stomped over to home-plate umpire Greg Bonin, then unloaded a river of spittle in his face. A minute later, Bonin pointed to the top of the dugout. Turned out Lasorda had been kvetching about an unwelcome visitor. Youppi!, the Expos mascot, had been dancing on the heads of Lasorda and his players for the better part of two innings. When Youppi! pulled off his signature move, getting a running start then belly-flopping with a loud thud on the dugout to mimic a slide into second base, the Dodgers skipper snapped. He’s been nodding off in the dugout, and didn’t appreciate being startled out of his nap. Bonin responded by doing something that had never been done in a major league game: he ejected the mascot.

When Youppi! pulled off his signature move, getting a running start then belly-flopping with a loud thud on the dugout to mimic a slide into second base, the Dodgers skipper snapped. He’s been nodding off in the dugout, and didn’t appreciate being startled out of his nap. Bonin responded by doing something that had never been done in a major league game: he ejected the mascot.

For the few thousand fans still left in the ballpark, this was an outrage. In 1978, the Expos had introduced their first mascot, a freakish-looking cross between Mr. Met and Evel Knievel called Souki. He was a disaster, a sight so scary to kids that a father attacked him. Youppi! (French for “Yippee!”) replaced Souki and was an instant hit. Designed by Bonnie Erickson, creator of Miss Piggy and several other Muppets, Youppi! was a giant orange furball partly modeled after the Philly Phanatic, another Erickson creation. We all adored him as kids, posing for pictures with him, giggling when he bopped his nose, a move that made his googly eyes bounce around (but was really just Youppi! repositioning his huge fuzzy head so he could see). We used to invent origin stories to explain his massive body and head-to-toe orange fur. The best theory we came up with was that he was a cat caught up on the Big O’s roof, struck by lightning and transformed into the lovable creature who roamed the aisles and danced on the dugouts. The alternate theory was that Youppi! was Hubie Brooks in disguise. Whoever or whatever he was, an umpire tossing him from the game was a grave injustice. Tommy Lasorda would be on our shit list forever more.

The game only got nuttier from there. In the bottom of the 16th, the Expos looked like they were about to win it as a pair of singles and an intentional walk loaded the bases with nobody out. Wallach hit a flyball to centre, but not deep enough to drive in the winning run. Fitzgerald then hit a shallow flyball down the right-field line: Mickey Hatcher made the catch and threw home, but not in time to get Walker at the plate. Game over, Expos win.

Well, not quite. The Dodgers appealed at third base, arguing that Walker had left the bag too early. Bob Davidson agreed, calling Walker out and ending the inning. We were going to the 17th, still scoreless.

In the top of the 18th, it was the Expos’ turn to catch a break. With a runner on first and two outs, Eddie Murray lined a ball all the way to the wall in right. Walker raced back after it and appeared to make a spectacular catch. Again, not quite. Replays later showed that he’d trapped the ball against the wall (MLB rules state that a ball must be caught in flight for an out). The initial ruling held. More baseball. More insanity.

In the meantime, Youppi! was allowed back into the game, on the condition that he stay on the Expos dugout and not venture over to the Dodgers’ side. By the game’s end he was wearing Youppi!-sized pajamas, entertaining the three hundred of us crazy enough to stay the six hours and 14 minutes it would take to finish the game.

We reached that ending in the 22nd when the Dodgers’ 25th man, backup catcher Rick Dempsey, came to the plate. Always a poor hitter (he batted .179 that year and a .233 with just 96 homers in 1,766 career games), Dempsey was now almost 40 years old, hanging on as a little-used backup. Pitching for the Expos was Dennis Martinez. The team’s number-two starter, Martinez hadn’t pitched in relief in three years—but with the game going deep into the night, he lobbied Rodgers relentlessly to put him in the game.

He didn’t save it. Instead, he left a pitch up, and Dempsey jumped all over it, jerking it down the left-field line for a home run no one expected. In the bottom of the 22nd, Dempsey would solidify his hero status. With two outs, Rex Hudler singled, then tried to steal second, only for Dempsey to gun him out. Game over, for real this time.

Excerpted from Up, Up, and Away: the Kid, the Hawk, Rock, Vladi, le Grand Orange, Youppi!, the Cray Business of Baseball, and the Ill-Fated but Unforgettable Montreal Expos. Copyright (c) 2014 by Jonah Keri. Published by Random House Canada, a division of Random House of Canada Limited. Reproduced by arrangement with the Publisher. All rights reserved. www.penguinrandomhouse.ca

Jonah Keri
JONAH KERI is a writer for Grantland.com and a contributor to ESPN’ 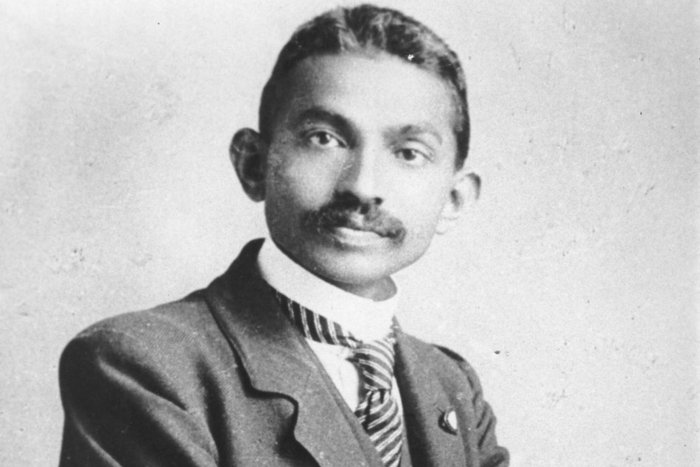 Books
Gandhi the Bastard
Ramachandra Guha’s new biography, Gandhi Before India, reveals that even saints can act like mere mortals—and how… 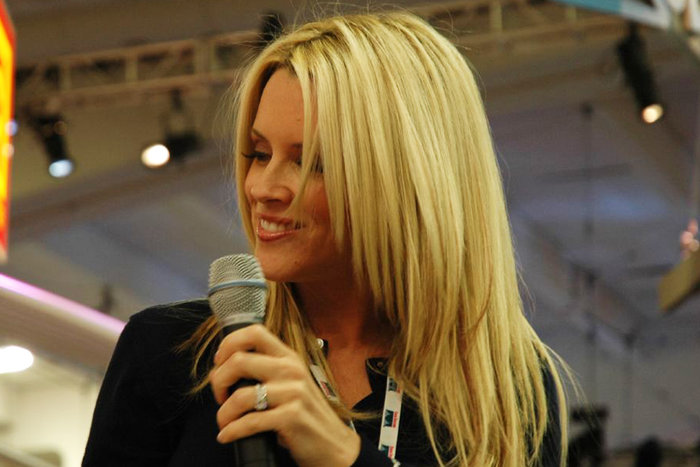 Society
Lying is the New Honesty: Our Concern Trolling Epidemic