A new series in which the author witnesses and reports on the proceedings at Small Claims court. The case here described is real, though names have been changed and some details and times condensed. 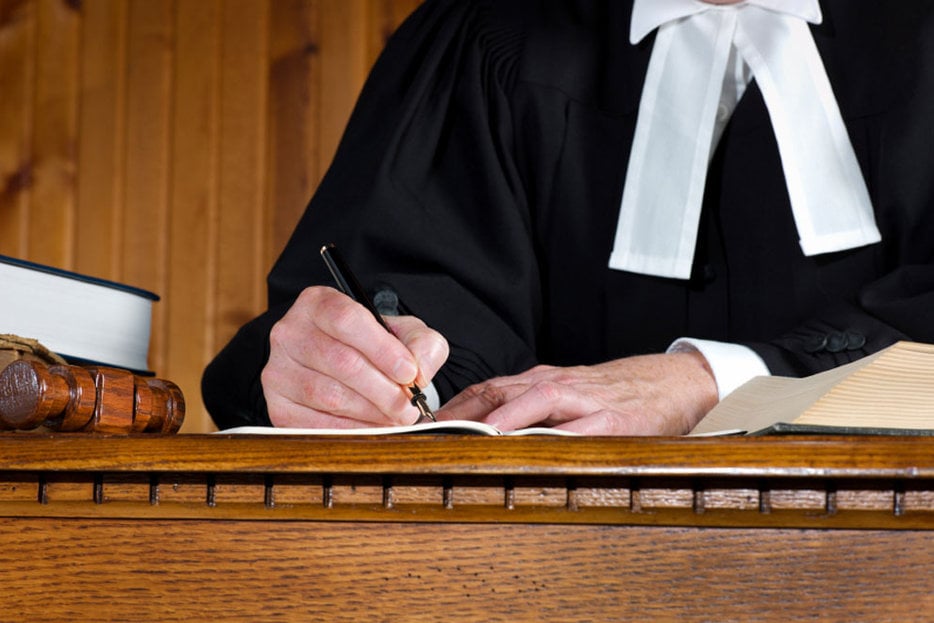 The Defendants stand behind a polished wooden table at the front of Courtroom #301, wearing their winter coats. The room is windowless, florescent lit and warm. Marie’s coat is thick and blue. She’s in her forties, frail, running her fingers through her hair, trying to tame it. Her husband, who’s acting as her lawyer, is beside her. His coat is red and his hair is grey, stringy, needs washing. Marie and Ray stand close together. They don’t touch. Both their heads jerk to the right as Justice Blake enters the room.

Justice Blake has a slight limp, and already seems annoyed. He sits down. On the wall behind and above him the royal Crest hangs on an angle, noticeably crooked. He circles his arms to make some room inside his robe, pushes his glasses up to the top of his head and looks at the Marie and Ray. The rules of Small Claims court, of any court, allow the wearing of suit jackets, but never coats. He doesn’t ask the Defendants to remove theirs.

“You?” he asks the Plaintiffs.

“Yes we are, your Honor.” Perry says.

The Plaintiffs are also a man and woman team, but so dissimilar from the Defendants they seem a sort of scientific opposite. Their clothes are black, fashionable, wrinkle-free. Their hair is recently cut, well behaved. It’s a professional relationship, with Perry in charge. He pulls papers out of a black leather briefcase that looks brand new.

“I have just one witness,” Perry says, nods at Doris. She strides over to the witness box, gets sworn in. Doris has bangs, silver jewelry and works for the debt recovery firm that’s hired Perry. He asks short questions. She gives precise answers. They’ve done this before.

Doris’s employer, let’s call it Bad Debt Retrieval, or BDR, in in the business of buying debts that loan companies have given up on. BDR pays cents on the dollar, then unleashes their collection agents, who do whatever they need to in order to turn that paper into cash. Over the next fifteen minutes, Perry and Doris create a paper trail proving Marie once had a loan with Morris Investments, which she defaulted on. According to Perry, BDR bought that debt from Morris Investments, and he wants the court to order her to pay it.

“Okay,” Justice Blake says, flips through several of the documents that Perry provides. He pulls his glasses down off his head. “Where’s the document that proves you ownthis specific loan?”

Perry pauses. Some moments pass. He produces a document, earlier presented to the Clerk, who hands it to Justice Blake. “This just proves that BDR bought a bulk of bad debts from Morris Investments,” Justice Blake says. “Where’s the paper that says you bought her loan?”

Perry pauses again. This pause is even longer. Marie and Ray are the only people in the courtroom who fail to notice this.

“Do we have it?” Perry finally asks Doris.

“You mean you never secured it?”

“I have no more questions.”

Ray starts his cross, mumbles some questions. He does not ask Doris for proof that BDR owns Marie’s loan. His questions go nowhere, then he calls Marie to the stand. She has a French-Canadian accent and is extremely soft spoken. Justice Blake asks her to speak louder. She doesn’t. He loses his patience, commands her to do so. She looks up, speaks up, angry. “In 2005, I took out a loan to buy the car. The car never ran well,” she says. She explains that shortly after the warranty expired, the engine blew. The car sat in her driveway for the next four years, during which time she’s still paying for it, unable to afford to get it fixed. “Then in 2009 my husband had a heart attack,” she says. Her voice cracks. She can’t look at Ray. It’s clear that this husband is not the one she lost. With no income she fell behind on her payments, Morris Investments refused a lower monthly, she defaulted on the loan, sold the car for $200.

“But you did default on the loan?” Justice Blake asks.

“Yes,” Marie admits. She looks back down, leaves the witness stand. There’s the distinct impression that this is a woman who hasn’t gotten a break since 2003. She’s still looking at the floor as she stands beside Ray.

Small Claims court judges have up to three weeks to render a decision. Justice Blake does not need this much time. He calls for lunch and when court returns he’s ready. “I see absolutely no evidence before me.” Justice Blake says. “That the plaintiff has received on acquisition of this particular debt. Since the documents are from May 2011, records should be available. The case is dismissed,” he says.

At first Marie does not move. It’s like she’s scared to break a spell. Then her shoulders start to shake. She begins to cry. She tries to cry quietly. She cannot stop. She’s still crying when the sound of the photocopier drowns out the sound of her tears. 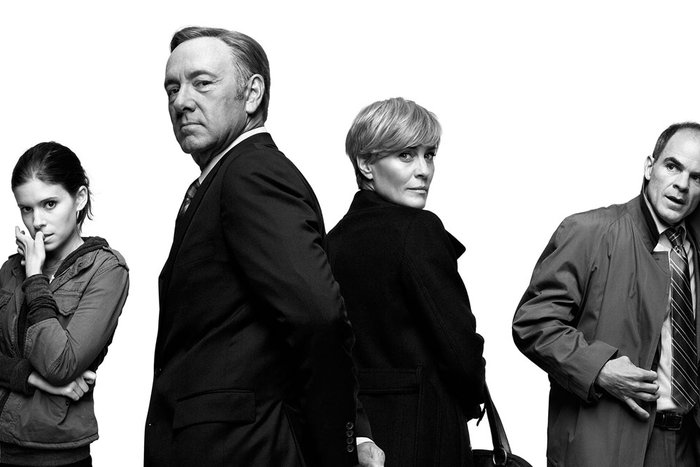 Technology
On Binge-Watching, Netflix, and How Today You (Can) Always Get What You Want 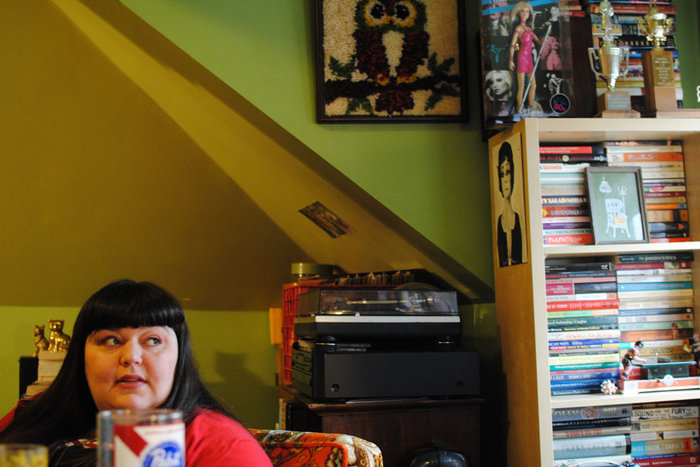