Michelle Houellebecq’s Platform might just be the perfect Hobbesian novel—a book that plunges the reader into a moral universe where normal people feel sick, and sick people feel normal. The third in a series of essays on reading as personal experience. 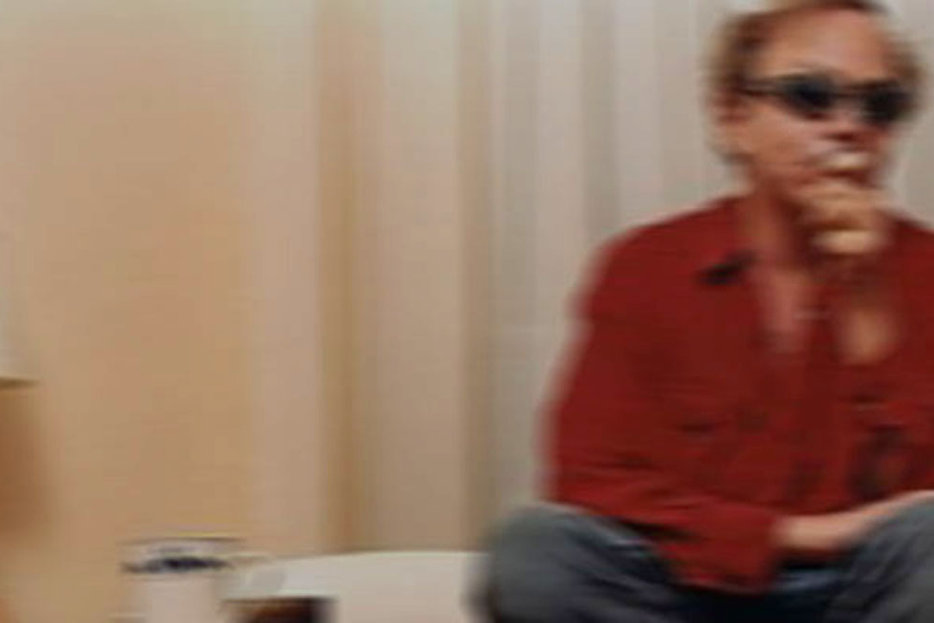 A long long time ago, last summer, it didn’t feel redundant to read the dystopian. The world might have been ending then, too, but I didn’t notice; I was mostly concerned with my own, personal-sized apocalypse. With it came an irrigative need to find the degree to which lives could be fucked up and bullshit, and whether I could survive, and how.

To these ends I went through a phase of devouring the post-December 21, 2012 world, and although I was mystified and bemused by Daniel Pinchbeck, and while Gary Shteyngart and Jennifer Egan’s then-new novels were excellent and deserved to be compared to one another, nothing satisfied my planetary rape fantasy like a fin-de-siecle, time-warping bomb of a novel written a decade earlier by Michel Houllebecq, Platform.

I don’t know or remember why it’s called Platform, but I think of like a diving platform. On a stultifying July or August 2011 day, it felt like plunging into ice-water after forgetting how to swim.

Platform is Michel Houllebecq’s third work of “fiction.” I hadn’t read the first two. After reading an interview in which he claimed to find courage to write by, quote, pretending he’s already dead, I thought I might try The Elementary Particles to start. But I had picked up that particular Paris Review to read about Lydia Davis, because that October 2010 afternoon, curled in some unswept recess of the Chapters-Indigo on Bloor, I was feeling remarkably fine. Fine, you know, is no mood for old Frenchmen.

If you don’t know: Michel Houllebecq, whose widely-read novels and narrowly-read poems are characterized by (at best) pessimism and (at worst, depending on which you’re least fond of) racism or sexism or eugenicism, is usually introduced in demilitarizing terms, like “controversial” and “provocative.” More accurate would be “suicide-inducing.” Houllebecq makes normal people feel sick, and sick people feel normal.

“She had beautiful breasts, the slut, clearly visible under her see-through top—an ethnic print from Trois Suisses, most likely,” writes Platform’s louchebag of a narrator, who like most of Houllebecq’s main men shares the author’s Christian name and anti-Christian proclivities, from a beach resort near Bangkok, Thailand. “Her trousers, in the same fabric, were just as see-through; you could easily make out the white lace of her panties. Lea, very dark, was skinnier; she made up for this with the pretty curve of her butt, nicely accentuated by her black cycling shorts, and with a thrusting bust, the tips of which were squeeze into a bright yellow buster. A tiny diamond adorned her slender navel. I started attentively at the two sluts so that I could forget them forever.”

What is obvious about Michel is that he’s a voyeur, a perv, a misogynist, and one of those assholes who says “I’m just being honest,” and what is obvious about Michel may or may not be true of Houellebecq. There’s no use knowing. When Houellebecq is praised it’s for his x-ray vision of contemporary life, society, politics. Platform, a sexploration of globalism and decadence beginning with the murder of Michel’s father by a Muslim man and ending with terrorism in Pattaya, was defended against charges of Islamophobia by Salman Rushdie.

“He’s just being honest” is generous, or tendentious. Houellebecq studies transparent surfaces, looking for what is “clearly visible,” but from which most writers would shy or turn away, out of either decorum or boredom. After all, nothing wears out faster than shock.

But while the shock of first Houellebecq lasted, I came like six times.

Or: You know that Oscar Wilde quote? Reading Platform is like being in the gutter and seeing stars and then opening your eyes to find only blackness.

Houllebecq’s novels don’t “end” so much as they make going on impossible, which is what makes them, apres tout, escapist. I don’t want to tell you how Platform finishes, because then I’d have to say it out loud, but suffice to know that the world Michel inherits would make Schopenhauer cry. “If I haven’t understood love,” he says, “what use is it to me to have understood the rest?” And then: “I know only that every single one of us reeks of selfishness, masochism, and death.”

I trust Michel not because he deserves it, but because he belongs to a long line of government workers as skeptical protagonists in English-speaking dystopias: George Orwell’s man in the Ministry of Truth, 1984; Ray Bradbury’s book-burning fireman, Fahrenheit 451; the eponymous, teenage Sandman in Logan’s Run, by William F. Nolan and George Clayton Johnson. After Platform, there’s the blue-collar government worker of Eugene Marten’s Firework (dystopian on an individual, not the state, level, but still), and the powerless bureaucrats of George Saunders stories. There’s the nameless, childless, child-hating civil servant of Benoit Deteurtre’s The Little Girl and the Cigarette. There’ll be more. Assaults on the norm demand an inside man.

Except that in Houllebecq’s books, “man” is not often the word.

When I read Platform in July or August 2011 I was maintaining an age-appropriate level of success and income with little effort. I worked, but not hard; I wrote a lot of lifestyle-y basic things. And while I was (am still) essentially freelance, I was beginning to feel like I worked not for me, but for some other notion or entity of me, something you might, if you never wanted to be my friend, call a “personal brand.”

This was a professional feeling. I had also a political feeling, which is stronger now that I live in a country where I can’t pretend to have a say and daily imagine being shot. The political feeling was/is that anybody who isn’t actively working against the state is working for it; that the rest of us, most of us, are serfs to the status quo, to the state of things; that “state of things” is the single most accurate way to describe the way we, in North America, live.

Houllebecq knows this, and makes nothing of it. Having quit his government job after scoring all his murdered dad’s cash, Michel leaves France to live a life exotic, slaking his basest desires ‘til they become his fate. For the woman he finds, that fate is final. For him, the loss is of what most would understand be to love. He doesn’t go back. He doesn’t try again. He doesn’t want. Alive and lifeless in Thailand, not to mention jobless and alone, he’s an unmanned aerial vehicle drifting far from the centre of command, way past the point of caring or suicide or like Nietszchean eternal return.

In Holy Motors, that shameless genrefuck of a Leos Carax film, there was one great line. It was really a Henry James quote, but sssshh, the sentiment is so French, so de Sade or Bataille, so very Michel Houellebecq. It goes: “Nothing makes us feel so alive as to see others die. That’s the sensation of life, the feeling that we remain.”

What remains for me of Platform is the feeling that I survived it.

That when I thought I could not feel more tragic, I wanted to see how bad things could be. That really, I could have just read the newspaper, any newspaper, to which I’d soon refer as The Apocalypse Daily. What I wanted to see was how badly I wanted at all.

One long night, this winter, I went to a rooftop party at a West Side Highway hotel. From the smoking balcony you could climb to a wide, miles-high, entirely unsafe ledge, so I did. I made my friends do it, too. Our feet dangled. Someone screamed, and the security guard said he did not understand why I’d do such a thing. But wasn’t it obvious? I wanted to be afraid, and so, sure that I’d rather live. 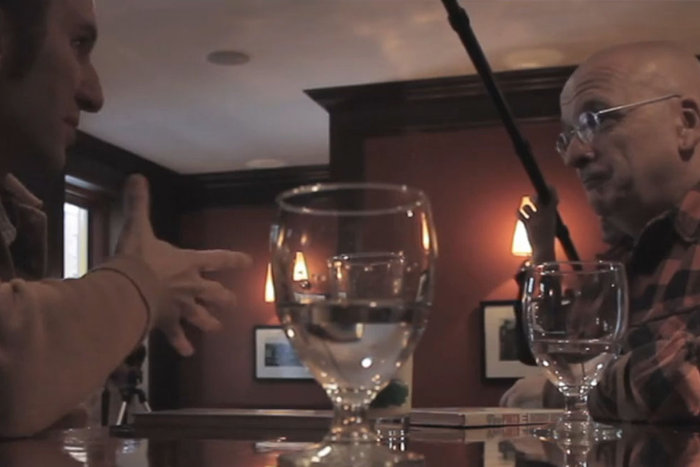 Video
Pagelicker 4.2: Roddy Doyle on What It Means To Be Irish 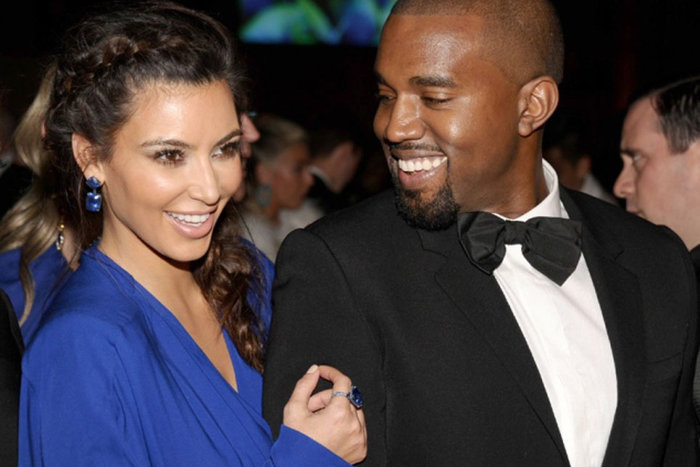