On marriage, the problems with sisterhood, and how the show Girls is an update of the classic novel by Louisa May Alcott. The fourth in a series of personal essays about reading. 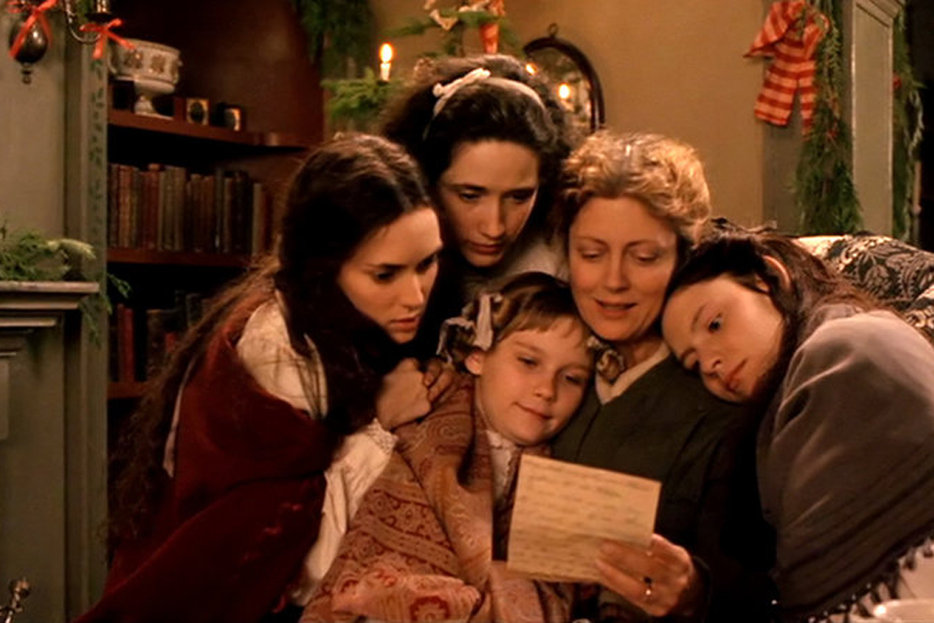 Mama didn’t tell me Louisa May Alcott was a feminist, abolitionist, all-around trill bitch, and maybe she didn’t know. She did give me Alcott’s Little Women when I was five or six and my baby sisters—Hannah, Amy—were just born and about to be conceived, respectively. I was already the kind of kid who had to read something to believe it, and if Anne of Green Gables had showed me how to spend my time alone, Little Women would teach me how to share it.

The book had been written, for girls, in 1868. A century later, my mother held its ideals the way she held a broom when she was angry. She was younger than I am now, and had stopped thinking new things. Still, she must have figured that as precocious and book-smart and headstrong as I was, I’d want to be Jo March, and when I remember it now, I wonder if she wasn’t giving me more choices in life than she’d permit.

I’m remembering it because Little Women was a narrative prop on the sixth episode of Girls, which made sudden sense. Then the Sex and the City comparisons seemed stale as last year’s cupcakes. Of course Girls is Little Women, really. Take four bright white females with squarely opposing personalities: One of them a smart-mouthy, unconventionally hot writer; one a beautiful, bossy femme; one a too-good girl; one a spoiled danger-babe with a paintbrush and a penchant for marrying rich. Supply them with contemporary bourgeois concerns about having and deserving. Add some bullshit about being “poor.” Now, are you a Hannah-Jo or an Amy-Jessa?

There is a susceptibility of girls to competing and false-opposite archetypes that I blame mostly on quizzes in the back of Seventeen. Is all our feminism merely an attempt to reconcile the contradictory character traits we inked in pink gel pens, in cafeterias? No, just sometimes it feels that way. Little Women was one of my first introductions to female autonomy, mostly in the tough, slangy, lady-hating figure of Jo March, and later, of Winona Ryder. Now it summarizes my wickedest frustrations with the whole -ism. To wit:

Jo immediately sat up, put her hands in her pockets, and began to whistle.

“Birds in their little nests agree,” sang Beth, the peacemaker, with such a funny face that both sharp voices softened to a laugh, and the “pecking” ended for that time.

“Really, girls, you are both to be blamed,” said Meg, beginning to lecture in her elder-sisterly fashion. “You are old enough to leave off boyish tricks, and to behave better, Josephine. It didn’t matter so much when you were a little girl, but now you are so tall, and turn up your hair, you should remember that you are a young lady.”

“I’m not! And if turning up my hair makes me one, I’ll wear it in two tails till I’m twenty,” cried Jo, pulling off her net, and shaking down a chestnut mane. “I hate to think I’ve got to grow up, and be Miss March, and wear long gowns, and look as prim as a China Aster! It’s bad enough to be a girl, anyway, when I like boy’s games and work and manners! I can’t get over my disappointment in not being a boy. And it’s worse than ever now, for I’m dying to go and fight with Papa. And I can only stay home and knit, like a poky old woman!”

Which is, fuck, amazing. And would still be amazing, had Jo not found a man and stayed in the same place like the rest of them (except Beth, who bored herself to death), so that by the end of the book she’s all “I do think families are the most beautiful things in the world!” like some kind of White House spokesgirl.

I’m not anti-marriage (just anti-weddings, recently). I am, with accelerating virulence, anti-“sisterhood,” mainly because I have sisters. Amy and I are alike enough to say so: The Jo-force is strong in us, although she has also the people-delighting qualities of her namesake March, and I’ve swapped tomboyness for Meg’s bossy-femme schtick. Hannah and I, meanwhile, could not be more “different.” She, a born Beth with Meg-style aspirations, is the first and maybe the last of us to get married. I have never met her impending husband and was informed of their engagement two days before Christmas in a missive sent through Facebook, as if some C-list Jane Austen novel had been adapted for Nickelodeon. Obviously, I’m very happy for her.

Because isn’t that feminism now?

No. Not… really. Those are pretty twin ideas that accomplish little for those who are a) legit different from the privileged like me, race- and class- and identity-wise; b) don’t, usually for those reasons, have choices. At least, not the same ones. We like to believe different decisions make us different, but they only engender more of that Freudian narcissism. Hannah and I were born into the same place; we had the same exits and turns and strategies available to us; we are, in the larger structural way that correlates to the state of things, the same.

Last week my white, pretty, brunette, middle-class Canadian roommate told our building’s Chinese doorman that our white, pretty, brunette, middle-class Canadian subletter was her sister, and he believed her. He said oh, they look so alike. “We don’t look anything like!” she laughed later. I said, you’re exactly alike, and then she laughed ‘cause she knows.

I don’t exactly know what we know, but I feel like I, and many of my mid-to-late-20s friends, are falling into a disillusionment between girlhood and womanness, one during which we can no longer articulate our feminism to feminism’s satisfaction. Me, I think that makes it truer. And scarier. I think of Jo as a kid, meeting Laurie. “Do you like your school?” he asks. “Don’t go to school,” says Jo. “I’m a businessman—girl, I mean.”

Lately I’m bored with so many schools of feminism. I am bored of every day on Twitter feeling like it’s a squabble in the classroom while the teacher’s away (and am guilty, too, of so many stupid bloodless fights). School is where we argue over pro-life vs. pro-choice rhetoric, over Roe vs. Wade, while in state after state that isn’t New York or California, we fail to attend to the business of keeping abortion clinics open. School is where The Onion is sent to the principal’s office to apologize for that joke, while the real business is building a culture that looks at woman in a way that doesn’t need so badly to be satirized (although yes, in this case, it was badly satirized). Schoolmarms are always lecturing weak-ass male basement trolls on their privilege; businesswomen are getting power, and not just for themselves.

I am on recent hiatus from explicit feminist perspectives on most things (possibly, being asked to write my “take” on Lena Dunham’s haircut was the final straw), but the other day I read a Rumpus essay on feminism, and was surprised to find myself clutching at it like it was a diamond I’d found in loose change. Written by Ruth Fowler, a lower-class Welsh girl who graduated from Cambridge and went on to sex work, it contains paragraph after paragraph as mordant and gleaming as this:

I said earlier that trading intimacies for hard cash did not make me more qualified to speak than you, but I lied. I lied, because now I think that because I was a sex worker, you should listen to me. I think that feminists should be prioritizing the voices of the very women it has elided for so many years: low-income women of color experiencing political, social, and economic inequality, those who are sex workers, those who are not white, Western, and educated. I think you should pay attention instead of dismissing us, glossing over us for that other educated white woman, the one who is in charge of feminism and its entrance exam. You need to pay attention, because if you don’t, we will lose this battle, you and I, despite being “sisters.” Are we sisters? I thought so. I thought we could say anything to each other, but it appears we cannot.

She’s not the first to say this, but until we reject the sophomoric system of “sisterhood,” I don’t know how we can listen, or more importantly, how we can do. Sisters make different choices, but look and are alike. Feminism—the kind of feminism Alcott lived herself—should do more for those who look and are different, but who want the same things.

Are we sisters? I should never have thought so. It was our first mistake. 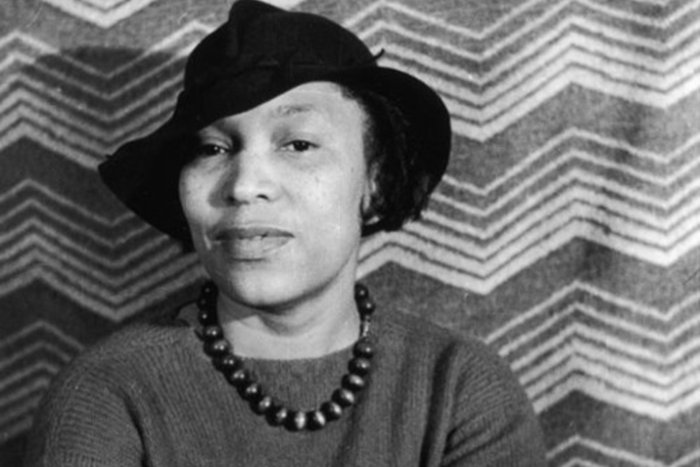 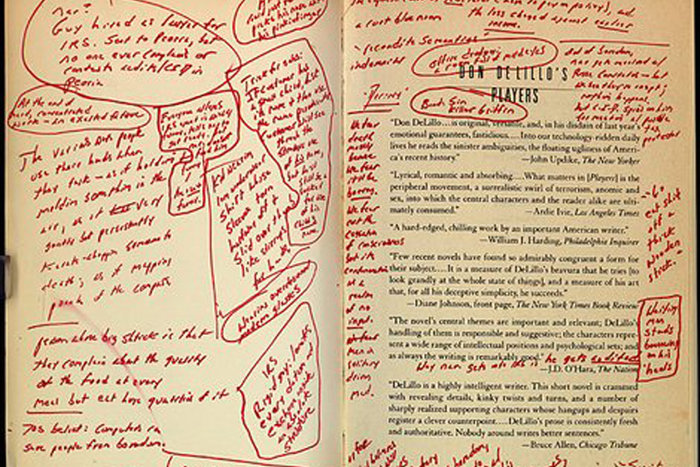