The recent retirees say life after writing is a welcome relief—that they’re happy to join the ranks of those who can hear a story and not have it become an ongoing mental burden. But what’s so great about being like everybody else? 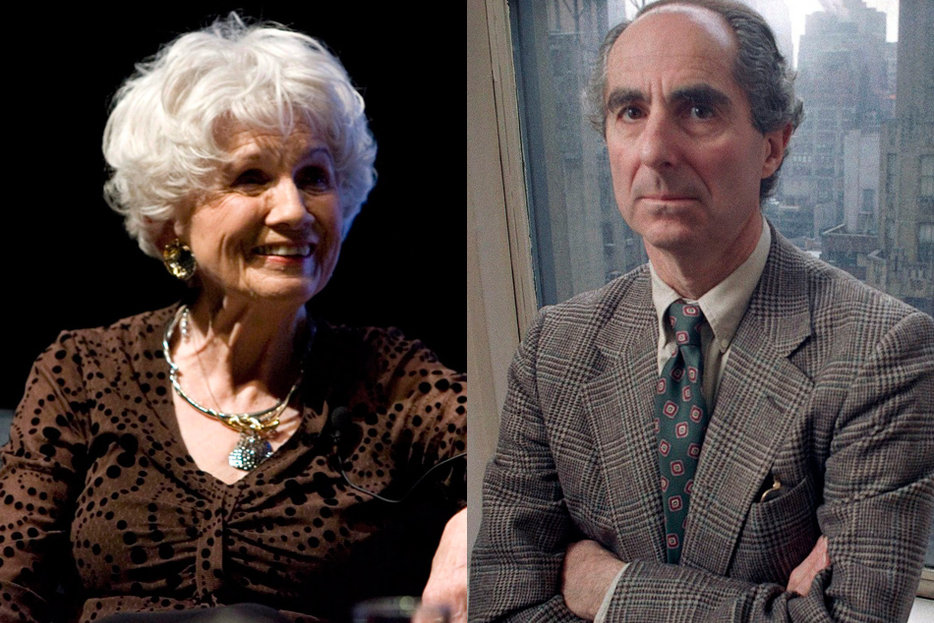 Truth time: A year ago, when Philip Roth said he was retiring, I rolled my eyes. I presumed a publicity stunt, designed to trigger the avalanche of praise that predictably followed. My disdain was aided by the fact that as a matter of personal taste I’ve never been able to get into Roth. (Yes, yes, great writer of sentences, I know, but for me they are window dressing on stories that go out of their way to annoy me.) But when Alice Munro recently announced she was doing the same, and that she was in part inspired by Roth, I had to revise my opinion. My own private image of Roth as a raging egomaniac simply couldn’t be transposed on Munro, because her work, to me, is just home. And at home we use passive aggression, not blunt egotism, to get our voices heard. I refuse to incorporate any sort of vanity into my private picture of her.

Yet I confess I still do not understand what a writer like Roth or Munro means by announcing their retirement. Others, of course, have gone before them, but in general the announcement has accompanied some sad confession of degenerative illness. Here, Roth and Munro are reportedly healthy. But also: done, finito, capisce, as far is the writing is concerned. I just don’t understand, and here my youth may be betraying me, what it is to be “done” with writing. Imre Kertesz had Parkinson’s; Terry Pratchett Alzheimers’. Or else: the writer is trying to make some political point. A search of old newspapers turns up the 1909 retirement announcement of a Miss Helen Mathers, who credited bad economics with her reasons to quit:

“I find,” she said, “the prices that reign and are likely to reign, mainly owing to the sevenpenny edition, so poor that it is quite beneath the dignity of any self-respecting author to go on writing until the market recovers. And in my case I have been writing for so long that I do not feel disposed to wait for this recovery.”

That said if every writer claimed they were retiring so that they could be better paid, we’d be left with no writers at all.

But back to Roth and Munro: I understand it to mean that they will not be publishing more work. But whenever I try to imagine what it would be like to one day give up the particular kind of engagement with the world that a writer has, the picture flatlines. Writing is of course work, and writers love nothing more than to complain about their day-to-day struggles with a sense of their own insignificance. “Sick of trying to pretend, for sake of agent and family, that idea of putting words on blank page feels important,” even the highly visible likes of Zadie Smith once wrote. And, of course: “No one but a blockhead ever wrote for money.” And yet, once you get into the habit, I can barely see how you can walk away from it. It is perhaps a young person’s spot of blindness to think that way, and yet, think of all the interviews with writers you’ve seen where the writer says something like: “I write because I have no choice.” Or think about the way young writers particularly romanticize each others’ suicides and early deaths, usually tying them into some work of art that was impossible to finish, that wouldn’t let them go.

So it is very hard to understand the letting go.

Here is how I really understand retirement: as being for office workers like my parents. You know, the people who sacrifice decades to the performance of tasks whose importance is at best an abstract thing for them. The quid pro quo from their (generally capitalist, or else government) overlords is that they get their golden years to spend packing in all the things they meant to do.

It is an arbitrary way to arrange a life. Sometimes I think we would be better off all getting the furlough when we’re young and still have the power of being enchanted by the world. My one taste of what retirement might be like happened when I was about 30. I went on a trip to the Galapagos on my own. I was young but I felt old. I’d been working a lot at a job I didn’t like. And late one night, eating sushi at my desk, I just had this sudden thought: there are some things I am going to do before I die, goddamnit. Within two months I found myself on a boat full of retirees, all of whom found fault with the guide, the food, etc. Who got too tired for the excursion after excursion after excursion, even though they too loved watching the school of dolphins cut across our path one day and the way the sea lions waddled over to inspect us when we arrived on the beach. For that week everything was real and bigger than the four walls of the office I’d occupied, helping companies fight other companies over contracts no one seemed to have understood in the first place. I thought it a stroke of honesty when on the last night one of them said to me something like: oh god, to have been able to see all this at your age. I’ve never forgotten that.

When I started writing, years later, there was something of that same feeling. There is a way that writing, when it’s going well—and for the likes of Munro and Roth it does seem to go well a good chunk of the time—takes you on those kind of wide-open voyages. And so what I can’t see about a writer retiring is how you give up looking at the world like that.

It doesn’t help even my parents give retirement middling reviews. Sure, they travel a bit. But chiefly, they wonder what I am doing and how I am doing it. They seem to spend a great deal of their golden time reading my Twitter account and sending things to my American address, via Amazon. (“We’ll pick it up when we visit,” they say.) They visit my one still-living grandparent at her old folks’ home in Rigaud, and they visit a lot of doctors, too. They complain of boredom, and report endlessly on the quality of their garden and rooms they have recently painted. They threaten to sell their house and move into an RV permanently, but do not do it. In short: they are bored.

It is hard to imagine Alice Munro or Philip Roth in such conditions.

One bit of hope: in fact, when you look at what writers have traditionally done when they’ve retired, you find that they haven’t, not really. The brilliant weirdo novelist/essayist John Cowper Powys made a big press event of his retreat to “My Arcadia” in upstate New York in 1932. He announced to reporters that he was founding a utopia up there and would no longer write. “In my Arcadia,” he told a reporter, “I can walk for hours without ever seeing a man or a house. The nearest building to my farm is five miles away. I am snowed in all winter, for six months no one comes to see me and I go to see no one. I keep the location of my place a secret so other writers and artists won’t seek me out.” He was then about sixty. But Powys never found that nature could shut him up; in fact he’d produce two books while camped up there, and within three years decamp altogether for Wales for a second bout of reclusive “retirement” before dying, pen still metaphorically in hand, at 90.

So an exit is never quite fully an exit.

At a certain point, of course, there is no way around the fact that you are old. Perhaps you might refer to yourself as decrepit. But the strange thing is that neither Roth nor Munro are saying this. They are simply tired. Roth is terribly upfront about this: “it happens that someone tells me a story, and in the old days I would immediately begin to think about it, you know, if it was an interesting story and think, what’s in there, you know. And I would go home and make notes and keep it, play with it and toy with it. And it was a constant mental activity really. And now I just listen and it’s quite nice. I go home and go to sleep.” Munro simply says she saw how happy Roth was. “There is a nice feeling about being just like everyone else now.” Munro adds. Then she makes a customary backtrack: “But it also means that the most important thing in my life is gone. No, not the most important thing. The most important was my husband, and now they’re both gone.”

Even so, the New York Times called the piece with that Munro quote, “Alice Munro Puts Down Her Pen to Let the World In.” The headline is a play on how, at the end of the piece, Alice Munro says she no longer has to boot people out of her house in Clinton so she can write. But she’s the one telling us that she can feel the absence of the more important things. 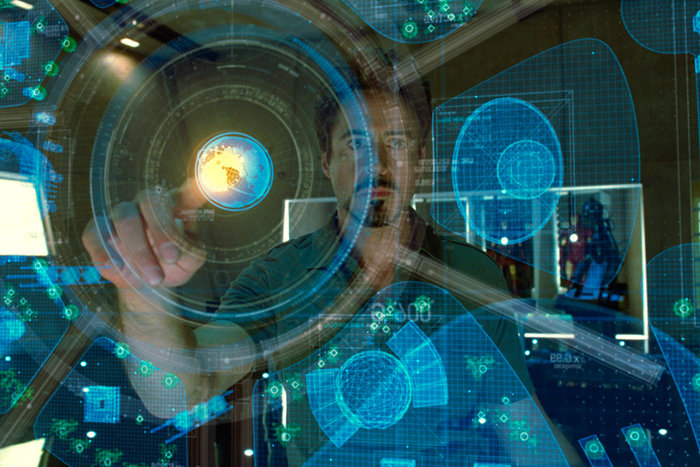 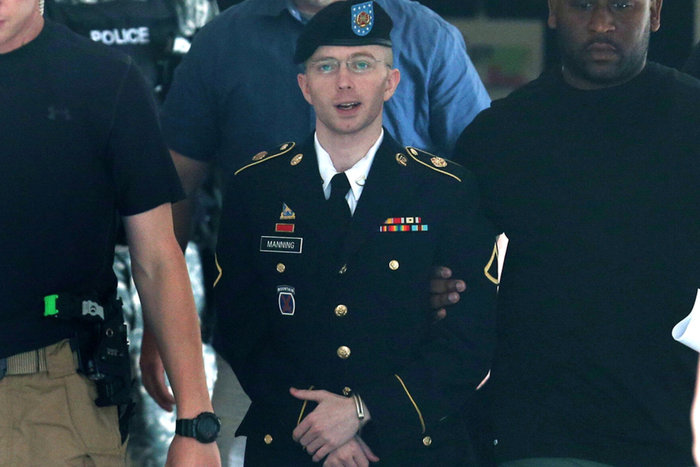 Politics
We Are All The Enemy