Why Aren’t My Less Successful Friends Happier For Me? 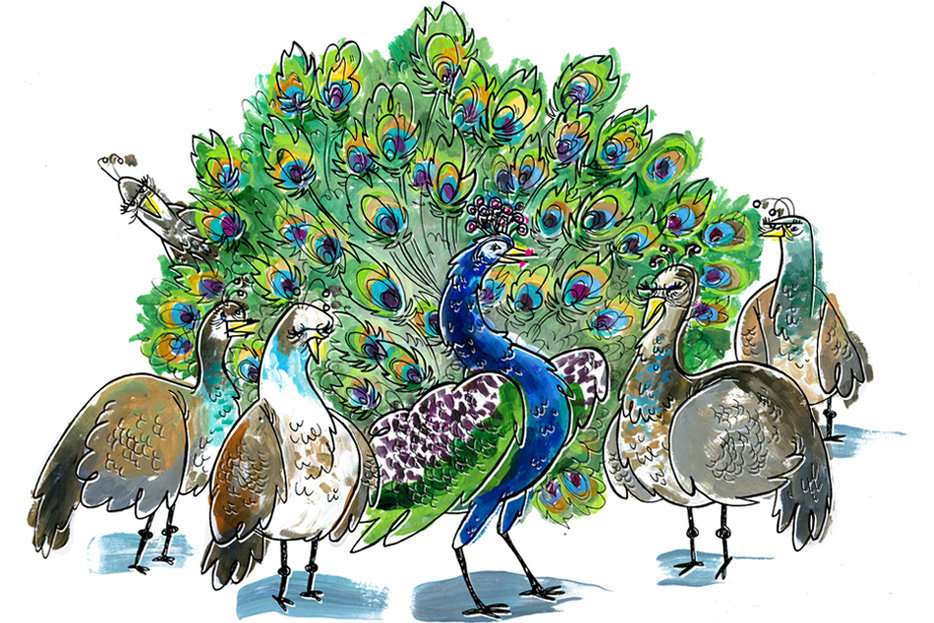 My life is awesome. I have fantastic friends and an exciting love life. I get to work on great projects every day and my future is full of possibilities. I don’t have to worry about how I’ll pay rent. All of this is great! The problem is that some of the people quite close to me don’t have some of these things, and they take my life as a personal affront. I refuse to pretend that I’m feeling as shitty as they are just for the sake of commiseration, and I refuse to stop doing what I’m doing just so that they’re not jealous of where I’m at. How do I express sympathy to them while still loving my life? How do I convey that I’m not where they’re at without coming across like a self-contented and condescending asshole? And is it okay to expect them to be happy about my happiness?

I have always wondered what it’s like to not be constantly fixated on the tragedy of your own existence. I can’t wrap my head around anyone having their shit together to your degree. Who are these people, I often wonder, who are paying their taxes and having fun sex and getting to work on time and savouring the slow, monotonous march of time? Are you not, like the rest of us, crippled by anxiety, the inevitability that you will never fulfill your potential, and the fear that you’ll one day crumble into the sea like a house precipitously built on a crag? Because you will die. You will die, just like the rest of us will die, despite your attempt to appreciate the endless parade of devastation and destruction, the sadness-morays that swim in and out of all your crevices.

Anyway, must be nice.

Human suffering exists on a very wide spectrum: one man’s disaster is another man’s tedious Monday. For example, this morning, it took me an extra 10 minutes to get to work, which I complained about to anyone who came near me. This would not be very interesting to someone who, say, happens to be in prison right now. There are people in the world who would literally kill for the opportunity to be a little bit late to work rather than deal with their present set of circumstances.

But the question of when and with whom to share tales of success is also on a spectrum. I used to be friends with a woman who would talk at me once or twice a week online. When I was having trouble finding work, she’d tell me about how stressed out she was by the sheer volume of job offers she was receiving. When I was dumped in my first real relationship, she complained about her clingy boyfriend. It’s likely she thought she was commiserating with me, but she came off like an entitled toddler who didn’t know how to talk about her good news in a straightforward way.

If you have the privilege of being relatively well-off, and if you’re interested in attempting to be a decent person, sometimes it means shutting your mouth-hole when necessary. This statement applies to braggarts and complainers alike, because ultimately the world would be a better place if we all put a sock in it whenever we think it’s our time to talk.

There are usually only three types of people in the world: assholes, unintentional assholes, and people unfairly perceived as assholes by the most sensitive among them. So: in this context, in this social group plagued with a specific type of tension, which one are you?

Maybe you have a particularly good attitude when things go wrong, or maybe your unhappy friends are notably sensitive about sweating the small stuff. Ask yourself: are any of them going through a real, significant crisis, framed against which your success comes off like a real slap in the face? The next time you notice that your friends are prickling at your accomplishments, take a second to consider how you’re approaching them. If one of them is about to get evicted, don’t wax on about how you’re not sure what to do with your second bedroom. If another just got dumped, don’t be a dick about how much you love your amazing new partner’s great, hot butt. Friends serve different purposes at different times, and no one is suggesting you diminish yourself in order to make other people feel better, but you don’t need to unload every delight you experience on every single person you know. The mistake you’re making is expecting anyone to be happy for you. People owe you baseline respect as well as the upholding of both the agreement to not physically attack you unless directly provoked and the unspoken accord not to sneeze on you. Other than that, you can’t expect other people—who may sometimes feel natural, passive jealousy and competitiveness towards you—to relish in your successes. They are not your parents, or your partner, or your ego. No one owes you anything.

You will die, just like the rest of us will die, despite your attempt to appreciate the endless parade of devastation and destruction, the sadness-morays that swim in and out of all your crevices.

There’s a misconception in the world that if you reach adulthood with a certain set of pals, you have to keep them forever. You’re stuck calling the same four assholes to meet at the same bars weekend after weekend to have the same drunken arguments. Then, like all the other times, the sun comes up and you remember that no, you do not want to learn how to curl with this person, particularly since he says the word “garage” like he’s biting down on a cork.

But even as adults, people outgrow their friends. If you think you’ve been fair with yours—like appreciating that your friends don’t make as much money as you and might therefore be more interested in having a small BYOB get together at home with some ‘za and homemade cocaine—but you still feel a disconnect, then maybe you’re not destined to hang out with these people anymore. Sometimes you outpace the people you love. If your interactions with your friends are rarely healthy, and if you think it’s not entirely your fault, then limit your contact. There’s no purpose in stunting your own growth or pretending you’re miserable just so that you can make someone else feel better. Don’t sit in the cold just because someone else never learned how to build a fire.

But the real wrinkle in your question is when you ask how you can “convey that [you’re] not where they’re at without coming across like a self-contented and condescending asshole.” Why do you need to convey anything? If you’re happy with your life, and your choices, and your way of being, you don’t need to tell anyone anything. You certainly don’t need your friends to know, beyond a shadow of a doubt, that you are doing great. Or maybe you do? Is there an element of defensiveness in your need to show your winning hand?

What’s important to remember is that no matter where you are in your life, you will always be a triumphant success-wizard to some, and a pitiful sand flea to others. You may appear to be well-off and contented to your friends, but they are likely well-off and contended to someone else, and on, and on, and on. And conversely, I’m sure there are people whose success feels like a punch in your face every time you see them, like their mere presence is an assault on your self-worth, like even being around them makes you feel like you can’t live because you are so insignificant in the face of such blinding light and WHY DOES IT FEEL LIKE EVERYONE ON TWITTER IS DOING BETTER THAN ME?

Western, first-world suffering is somewhat cyclical, so while you might be feeling great now, you might not feel great in a few months. I imagine you’ll want to have your friends around to lean on when the time comes. So before you make a decision about whether you want to round up all these jerks and throw them off that crag I was talking about, consider your own life beyond your present circumstances: are you sure you’re not about to tumble off after them? 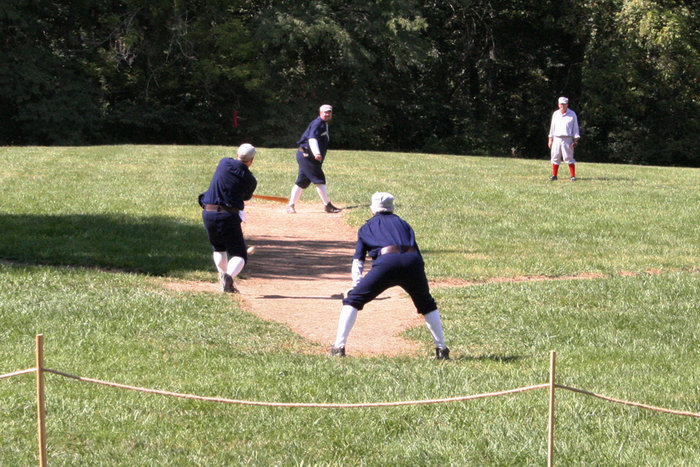 Sports
Hatred, Haiku, and Hardcore Erotica: Your Guide to the 2015 Baseball Season
Literally every single thing you need to know to prepare yourself for the next 2,430 games. 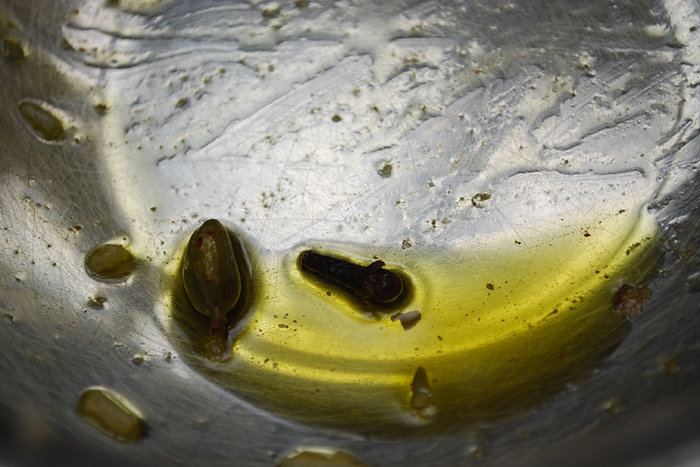 Society
Must We Forfeit Our Ghee?
There’s a fine line between cultural fusion and cultural appropriation, but all namaste actually means is “hello.”

The Year in Unsolicited Advice
Monica Heisey
Why Won’t Anyone Learn My Name?
Scaachi Koul