When Should I Delete My Ex’s Sexts? 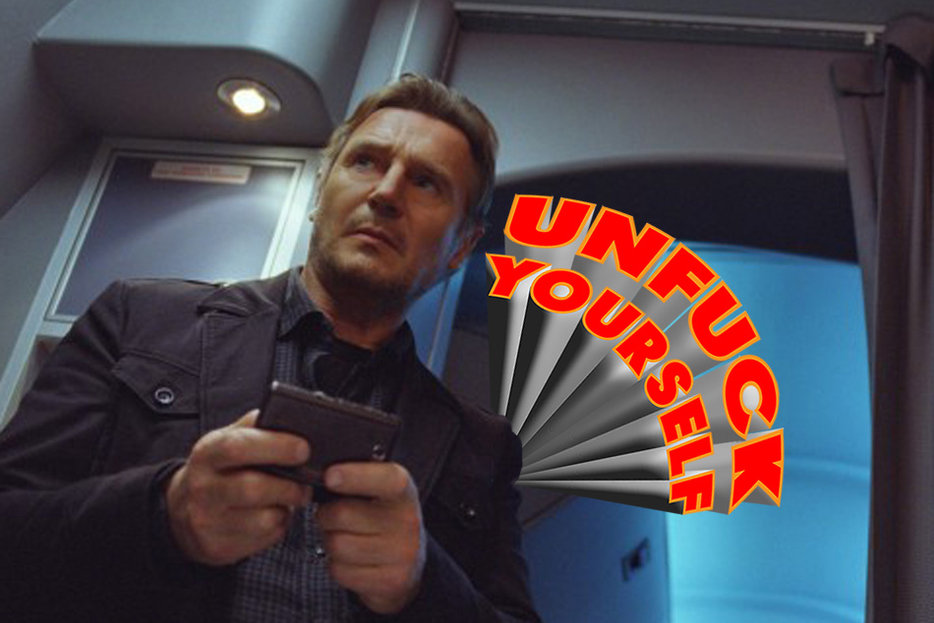 The World Wide Web is 25 years old now, which for most people in my generation means, among other things, that somewhere out there online is the version of themselves they created at 15. This keeps a person up at night.

The Blogger accounts. The trolling on Nexopia forums. The MySpace infighting. I, personally, live in fear of someone finding my old Geocities page and mocking my less than judicious use of pink and orange in choosing a background—and that’s before we even get into the site’s Orlando Bloom-focused editorial vision. (Please don’t Google me, please do not Google me.)

And poor Justin Bieber—the little pissant who could and somehow continues to—was caught in that exact spiral when an old video of him making a racist joke leaked earlier this week. Biebs, now 20, was just 15 when he made the joke, which, above all else, is just not a very funny joke. There are much funnier racist jokes to tell. Have you heard the one about the guy who [neeeeeeeope -ed]

Of course what he said was stupid and shortsighted—a common affliction most 15-year-olds face, particularly when saddled with enormous amounts of money and attention—but the Internet means everything is forever. Your only two options are to try to convince everyone that the tape was doctored, or apologize for being the idiot that you were (and, if we’re being honest, probably still are). As little as I want to give Bieber any more credit than he deserves, it is true that he was very young when he made the joke, and clearly didn’t understand its impact. No one is a good person at 15. When your grandmother was 15, she was having sex with Walter Matthau while Jack Lemmon watched. That is a true story about your grandmother.

So what should you do when a former version of yourself is found saying something horribly offensive that present-day you doesn’t believe anymore? Well, if it’s something you can shut down—a blog focused on calling former classmates fat, a weird Twitter account where you exclusively called our your current coworkers—do that first. Then, if you’re caught, you apologize for as long as it takes for people to believe that you are actually sorry. (It helps if you are actually sorry.) Alternatively, you can just get all your black friends to reassure the public that no, you can’t possibly be racist, you have so many black friends, and besides, everybody says the N-word these da [neeeeeeeeope -ed]

Of course, all of this could be remedied quickly if you just didn’t do shitty things on tape or online or in writing, ever. But I guess that’s a tall order for a kid who is somehow both old enough to visit a brothel and young enough to get in trouble for egging his neighbour’s house.

Ever since I’ve gotten knocked up, I’ve been having incredibly vivid sex dreams. Not usually a problem, but they are all about my (terrible) ex. Obviously, I can’t tell my partner (source of the Bun), but I am concerned about the effect they’re having on me and my developing chiclet. Where are they coming from? How can I make them stop? Why am I not having sex dreams about my baby-daddy?
— Fat n’ Sweaty

I’m not a doctor (in most states), but I can just about guarantee that your dreams are not having any major effect on your wee one—unless you are stressing out about them needlessly.

I have also never been pregnant, partly because I’m terrible with kids but also because my body is 90 percent bile and inhospitable to human life, so I don’t know how carrying a child can affect your dreams. That said, I have eaten an entire Crown Pizza from Pizza Hut and half a bucket of KFC chicken before falling asleep on my couch while watching Mad Men, so it’s safe to say I’ve had my fair share of weird sex dreams that leave me feeling uncomfortable and slightly greasier than usual.

Your dreams, like most dreams, are probably about nothing.

Would you be worried about your offspring if you were having dreams about endlessly falling? Or all your teeth rotting out of your head? Or everyone you love dying in a massive grassfire, leaving you alone to fend for yourself in the woods?

Go watch Rosemary’s Baby and then get back to me about what your subconscious has decided to focus on.

You would not, because it is very unlikely that any of those things would happen. If our dreams are the manifestation of our daily anxieties, then your ex and his wiener popping up in your subconscious could mean any number of things. Maybe he was really good in bed and all these pregnancy hormones are making your clitoris engorged with blood and DESIRE. Maybe you think that having a child means saying goodbye to a previous stage in your life, and your brain is just reliving some raunchier moments—in particular, the most passionate, shirt-rippingest sex you have ever had. Maybe he happened to be nestled somewhere in a hidden part of your brain: did you find an old picture of him or see him pop up on Facebook or hear a song the two of you used to like? Whatever the case, it’s coming up now, and if you can’t enjoy the (presumably) pleasant dreams, know that they will soon pass, like most things.

But as long as you aren’t waking up, looking at the father of your child, and saying, “Oh. It’s just you,” everything is probably fine.

It’s tough to say what will make them stop, but I always find a good way to distract your brain is to scare it half to death. Go watch Rosemary’s Baby and then get back to me about what your subconscious has decided to focus on.

I’m in a sticky situation at work: I’m frustrated by my job, low wages, and a particular coworker who’s not pulling their weight of late. I’ve been looking for another job for weeks, but still have to makes ends meet and so can’t quit just yet. My boss is also counting on me to plan and lead a huge project in the next six months, but I’m desperate to exit the office. I don’t want to run myself ragged for this job any longer, but I also don’t want to lose a good reference. What should I do?
— Get Me the Fuck Out of Here

First of all, Anshuman, you’re not allowed to submit questions to the column. We work together, and this is inappropriate. Second, I don’t know how much more we can pay you for The Arcade, but we already supplied you with a year’s worth of discount Pez dispensers. Third, it’s not that I’m “not pulling my weight,” it’s just that I hate you and I don’t want to try anymore. Can you get off my back already??

Look, I know there’s little motivation to keep you working at this crummy job, but it’s irrational to start functioning like you’re leaving in four months so, hey, why keep working. When you get frustrated with work, don’t forget: you do not have another job yet. If you want to maintain a good relationship with your current employer, all you can do is keep your head down, keep working, and quietly look for a new gig.

Alas, there is no real solution to the problem other than the obvious. You never know who’s paying attention to your work and your attitude at your job, so it’s important to try to stay at least somewhat positive. Look for another job as best you can, do your current job the way you have always been doing it, and take up a hobby to soak up all that negative energy. Every Wednesday after this column runs, for 90 minutes I go punching and kicking to let out any frustrations I’ve accumulated at work. All the things that have made me mad over the week come out in a flurry of fists and feet, flying into the air at anything that dares get in their way.

It’s not at the gym, or whatever. I just walk a big circle around the Random House of Canada offices, punching and kicking and crying. It’s helpful and free, and sometimes I accidentally clip one of my editors and I feel so much better.

There comes a time in every relationship where both people like each other enough to see each other naked and/or send said naked photos to one another. But when things go Dumpsville (population: you), the digital evidence of the other person in their birthday suit stays on your phone. So when do you absolutely have to delete these naked photos? Is it when you’re dating someone else? Does the girl’s hotness affect anything?
— Can’t Quit The Tit Pix

Is that too blunt? Maybe I need to explain this further.

Delete them right now, you pervert.

More importantly, the risk of someone else seeing one of these pictures is so great—maybe your mom sees it over your shoulder when you’re trying to find pictures of your trip to Seattle, or you mistakenly send one to a colleague when you’re not paying attention—that it’s amazing it hasn’t already happened.

Even worse is if you leave the photos on your phone or computer, forgetting that they exist, and then get into a serious relationship with someone else. The chances of this new love interest finding the photos either coincidentally or because she doesn’t trust you (SHOULD SHE?) are higher than you should be comfortable with. Do you have a good enough excuse to explain this away in two years?

And what if the girl in question found out you kept them? She dumped you! It’s time to move on. It would be one thing if the pictures she sent were glossy, high-res black-and-white shots printed and glued in a book for your personal consumption. You could tuck those in the back of your drawer and maybe burn them in a pit the night before your wedding, some cathartic goodbye to your singledom with the help of hot, cleansing fire.

But a sext does not a love-letter make. She angled her body to force it into its thinnest position, tweaked her nipples as if it were 10 below in her bathroom, and took a photo with an iPhone in a pink, studded case. Go to an art exhibit, there are tons of artfully shot boobies for you to bide your time. 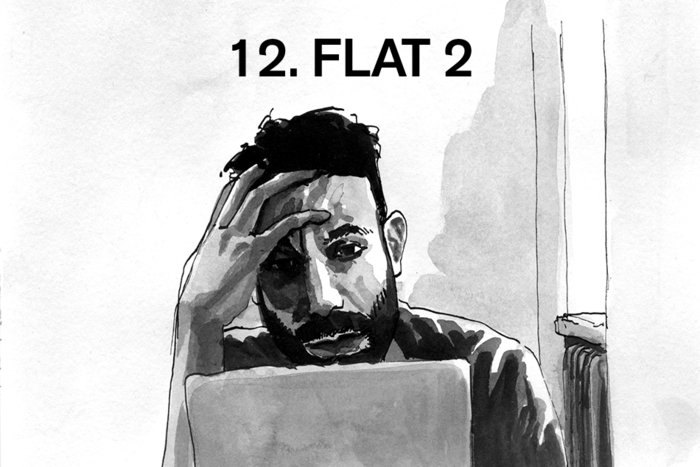 Comics
A Berlin Diary: Flat Pt. 2
Sholem hunts for an apartment (yes, again) in the city of triplicates. 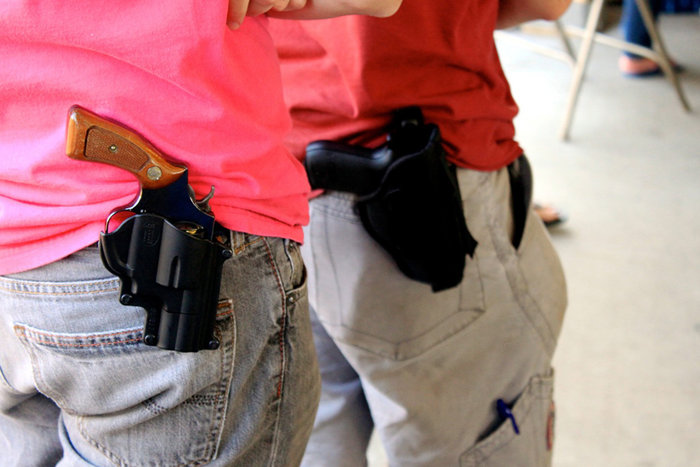 Politics
The NRA is Learning Some Fights Aren’t Worth Winning