The Mystic Don DeLillo with Jonathan Franzen at the NYPL 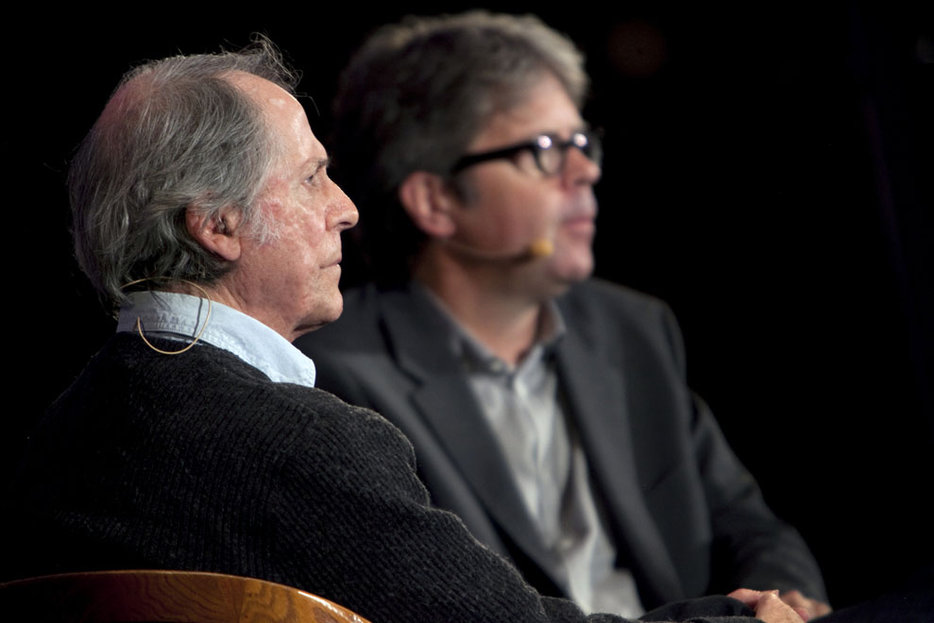 Even though I’ve shown up forty minutes early, the line to get into the Don DeLillo talk at the New York Public Library is already snaking down the hall, doubled up over itself. The thing about going to these types of talks in New York is that everyone else does it, too. Add in that this event is in midtown, where frustrated cubicle drones (I say that lovingly; until relatively recently I was one) could easily stop off after work, and the cattle-call effect is inescapable.

The events are always sold out even when, as tonight, the talk is being given by a man whose books are not, typically, popular bestsellers. His celebrity capital is of a different kind, which the city’s literati treasure much more highly than being well-known, per se: he has, as the Times’s Charles McGrath once put it, a cult. They are in evidence this evening, it’s true, given how many in line are openly clutching, if not reverently reading, DeLillo’s books. And come to think of it, the room the New York Public Library uses for these events is not un-church-like, with a high, domed glass ceiling.

There is, of course, going to be a creature of a more popular kind—or at least, definitely wider appeal—on the stage, too. Sitting next to me in the second row is an older gentleman with an accent straight from Woody-Allen-central-casting, and he picks up the flyer he was handed, and says to what appears to be a long-suffering wife, “Oh, well, Jonathan Franzen. Now this will be more stimulating.”

DeLillo is, famously, not into publicity. He doesn’t usually do events like this, and no one ever says, tonight, why he’s chosen to do this one. One hint may come when he gets up onstage to read one of the stories from his new-ish collection, The Angel Esmerelda. He’s 75 now, and in truth looks a bit frail. He’s wearing a sweater and baggy black denim, and his calibrated, sonorous voice is that of a man getting ready, to be preserved in amber.

The end of the story is Franzen’s cue. He walks up at about a 60 degree angle from the ground in front of him, clutching a briefcase, and joins DeLillo for the conversation portion of the evening. He pulls a printed list of questions from a briefcase he’s brought onstage with him. The page is so covered in text that even DeLillo, who does not seem like a man who quips, much, is forced to venture: “That looks like a lot.” And then Franzen proceeds, over the course of forty-five minutes, to read them from the page, to DeLillo.

Franzen’s awkwardness, his propensity to say exactly the wrong thing at the right moment to some lucky reporter, is already a thing of legend among the New York bookish (if not the bookish everywhere), mocking him something of a popular pastime. And tonight he is nervous, far more nervous than the less-practiced-at-this-sort-of-thing DeLillo. But for once, Franzen’s bumbling is working for him. Reading those questions comes across as a gesture of reverence, a fear of being caught up by the man he so admires. Of course, it probably has something to do with the silent four hundred or so people in front of him, too.

DeLillo is, by contrast, perfectly comfortable. He talks easily about wanting, when he’d had his first story accepted, to write the editor back, and tell him he didn’t mean it. (He also handily brushes off Franzen’s stated, and evidently sincere, disappointment that this early story is not included in the book.) He explains that he doesn’t think of “meaning” as central to his work, and that he is a “writer of sentences” and the rest he has no control over. He agrees with Franzen that he is a “mystical” writer, that he has even based one of his stories on his own Catholic boyhood. When Franzen says he feels like he can sense an immanence in DeLillo’s writing, that he senses he might get at something deep if he could just get in between the letters, “but they’re just ink marks on a page,” DeLillo accepts it as his due. “I’m glad you feel that way,” he says, over the audience’s giggles. “No, really.”

It takes awhile for Franzen to bring DeLillo around to the red meat for an audience like this, one filled with writers and half-writers and people who hope that they will, themselves, ultimately fulfill their destinies and become writers. What they want, in short, is an origin story they can study and follow. Franzen gets it by way of DeLillo dodging a question about whether he ever thought of writing fiction more engaged with “meaning” than his did. As an early-career writer, DeLillo obliges, he lived on the Queens-Midtown tunnel, in a neighborhood now known for its frat boys but that, when he lived there, was not much. “I had friends, I had movies to go to” he tells the audience, “I didn’t have this romantic feeling of being a young writer in Paris in the 1920s… I was paying very little rent, I wasn’t earning any money, but I wasn’t spending very much at all.”

To that DeLillo adds a story about meeting Nelson Algren on Fire Island, a popular summer-house venue off Long Island, back when DeLillo himself was a young writer. Algren was “aggrieved” about various slights he’d suffered, DeLillo said, and taught him the writer’s life was difficult. But the time spent still meant a lot to him. Franzen prompts DeLillo to repeat the main piece of advice he got from Algren, which was to always take the flyers people handed out on the street. Every time you took one, Algren said, it helped that person go home a little sooner. Franzen says he immediately took up the habit himself, “religiously.” DeLillo immediately shoots back: “That’s good, because I’ve stopped taking them.”

The audience laughs but the lesson, it seems, is lost on most. The men—and it is all men—who get up to the microphone each offer a solicitous thank you to DeLillo, then ask him, again and again, to describe the mechanics of his writing, whether he’s based his protagonists on himself, how does he deal with notes. They aren’t yet ready to accept the idea that the advice an éminence grise tosses off might simply be an item for his own amusement. They came to the altar, tonight, to believe. 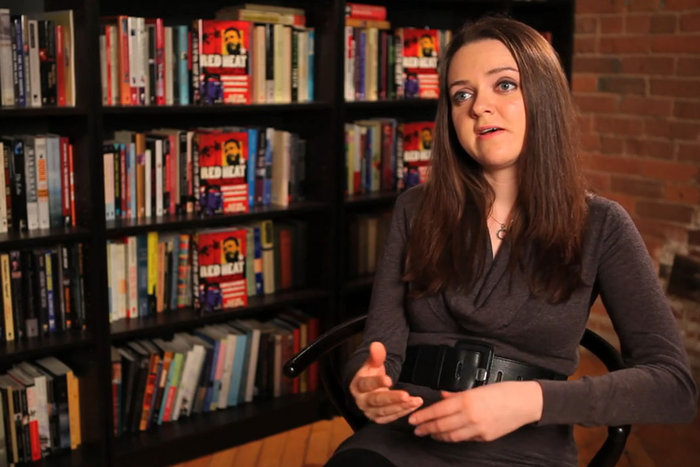 Video
Alex von Tunzelmann on the Cold War in the Caribbean 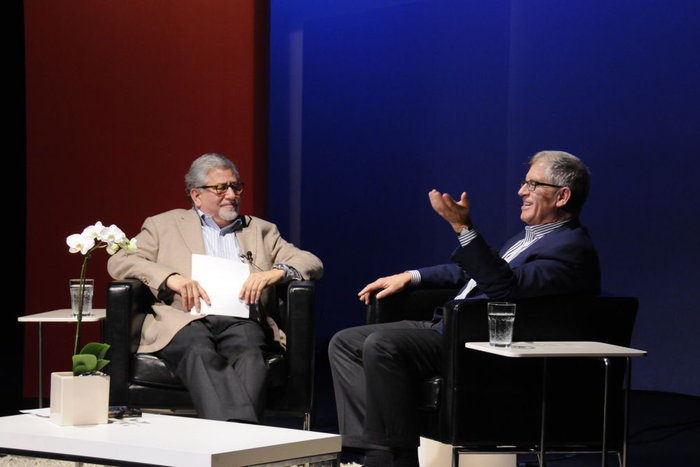 Dispatch
IFOA Diary #2: From Spalding to Schultz, and The Novel as Window to Society