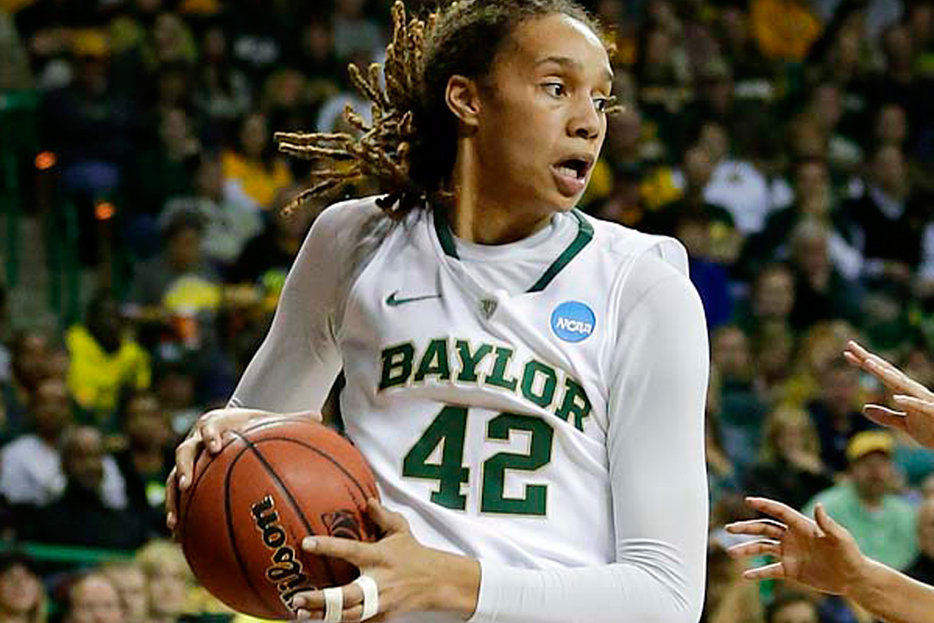 Just when we thought we were moving past the old gay tropes, with same-sex marriage almost a decade old in Canada and the tenth state in the union to our south signing it into law this week, Jason Collins comes along and sets a pick on us all, and a big one gets away from us.

I remember at the time thinking Ellen’s was the coming-out to end all comings-out. Then Doogie did it, and Spock, and Iceland’s PM, and Gandalf and Anderson Cooper and Wade Davis. Then there was Chris Kluwe’s lustful cockmonster, and I just thought it was over. Not only did we have all sorts of great out people, but the whole process of coming out seemed to be fading away—the very assumption that one was straight until proven otherwise had eroded to such an extent that maybe folks in the public eye, like people in private, no longer had to come out in a big tea ceremony so much as just show up at your wedding with their same-sex date.

But Collins has reminded us, with a gratuitous courage that is not elided by any of the caveats that have come to light since (more on those below), that coming out remains a river unforded. As a bonus, he called attention to the fact that, like sex itself, outness must be consensual to earn the name.

Before there was outing, there was inning, a media-concocted abomination that wedged its foot in front of the door even as early good-to-be-gays tried to bust out—like Burke, who played for the Dodgers and the A’s in the ’70s and told anyone who would listen how gay he was. But people didn’t write about it. Even if they had, though—and I’m sure that someone, somewhere must have—there was ample precedent to show how little that mattered. Cary Grant’s arrest for importuning a boy in Times Square was published and subsequently ignored. Tab Hunter’s being found at what was labeled a gay pajama party was published and similarly disregarded. As any teenager who’s sat her parents down to tell them she snarffles muff and been told she just hasn’t met the right boy yet can attest, coming out is a two-way street. And until just now, just this week, we’ve been those parents, rictus grins on our faces, staring at professional male sport with our joyless eyes, telling it to be quiet, and wouldn’t it like a nice roast for supper. Just two weeks ago, we got reports that NFL player Kerry Rhodes’ ex-boyfriend was shopping his life around to reality show producers. Where was SI? Where were we? Hands to our ears, la-la-la-ing. Just as we have always done. Until Collins.

That’s why Collins is important. Sure, the WNBA’s Brittney Griner came out a couple of weeks earlier, and Billy Jean King and Martina Navratilova have been out for decades—maybe we were over the lesbians-in-sports thing ages ago, and maybe it’s even a bad thing that we didn’t care more. But right now, as of this week, we have had consensual outness with Jason Collins. By which I mean simply: He told us, and we listened and debated and punditted and accepted. It was a two-way street, interactive. That’s something you don’t step back from.

By this time, the issue of what Collins tells us about women in general and lesbians in particular has been widely discussed and analyzed. Ann Friedman had a good piece yesterday, for instance. But in case you’re not scouring the Internet for the stuff, let’s lay it out.

We can start with Collins’ lede.

“I didn‘t set out to be the first openly gay athlete playing in a major American team sport,” Collins co-wrote. You can tell that the authors of that sentence felt what they had to say was more significant than its modifiers would make it seem. Not just gay, but openly so—not any sport, but an American one, played in teams. That’s major. But for every caveat there’s a predecessor:

Athlete: There’s no telling who the first athlete who had sex primarily with members of their own sex, though I’m guessing we’re going back to the beginning on that one.

Openly gay athlete: The phrase implies subscribing to the current understanding of sexuality, and for that, we’d probably have to go with Lily Parr (1905-1978), the first woman to be inducted into the English Football Hall of Fame in 2002.

Openly gay athlete playing in an American team sport: Judy Sowinski (1940-2011) looks like she’d be the first, playing for the San Francisco Bombers, a roller derby team, in the 1960s.

Openly gay athlete playing in a major American team sport: For those who don’t think roller derby is major, Sue Wicks (b. 1966—that headline sound familiar?) of the WNBA’s New York Liberty came out in 2002, her final year on the team.

But, if you define “major” as NBA, NFL and MLB, then, yes, Collins is the first to come out (consensually) while still playing in the majors. Politics, television, film, the military, police and firefighters have all had active, out people. Major league American sports was the last major North American holdout. Now it isn’t.

A lot of those predecessors, you’ll notice, are women. On Monday, when Collins’ story went up, my Facebook page lit up with links to his coming-out story, accompanied by words like “finally” and “at last,” often in all caps. About an hour later, I was referred to Brittney Griner’s story. Instantly, this became as much about sexism as gayness. Was I sexist for not noticing her coming out? Was the Internet sexist for not picking it up more enthusiastically? Was, as a great many commenters have since suggested, society at large sexist for obviously caring more about Jason Collins than Brittney Griner?

It’s long been received wisdom that society in general doesn’t care about female sexuality one way or another. This is partly true. Historically, many men haven’t felt the need to think that much about what women wanted in order to have sex with them, and though perhaps that’s no longer as much the case, frames of mind die hard. But the reasons we see women’s sexual self-identifications differently than men’s are not necessarily sexist. Many women treat their sexuality differently than men do, so maybe it’s not that odd for society at large to do so as well. Have you heard of LUGs? It’s an acronym for lesbian until graduation, and it tends to be used by women, not men. (It should go without saying that there’s no male equivalent.) When a man comes out, he tends to stick to it, because many men seem to have a notion that their sexuality is absolute, whether they figure it’s gay or straight; I can’t think of any male equivalent of Anne Heche. And even if you stick to the WNBA, you’ve got Sheryl Swoopes, who came out as a lesbian, but now seems to be engaged to marry a man (and rather fond of Jesus).

Maybe the true root of our reactions to Griner and Collins is that many people assume female athletes are gay anyway. This almost certainly comes down to the sexist belief that physical exertion is a masculine thing, that women who pursue it seriously are more masculine, and that more masculine women are lesbians, but it’s not necessarily just male-driven. When asked about the subject, player Sue Wicks said of the WNBA, “I can‘t say how many players are gay, but it would be easier to count the straight ones.” By the same token, we expect male athletes to be super-masculine, which of course would make them paragons of the purest grade of heterosexuality. It’s the distance between expectation and revelation, then, and a sign we should look at those expectations a bit more closely. I have no problem assuming all female athletes are lesbians—it’s a fine antidote to the more usual expectation that everyone’s straight—but as far as the men are concerned, if columnist Dan Woog, author of Jocks, pointed out to me on the phone this week, if Jason Collins is Jackie Robinson (and he probably is, because no matter how much he tried to be, and how much he should have been, the late Glenn Burke wasn’t), we should be expecting a Larry Doby to be coming along any time now, and then, we should expect to completely forget whoever comes third. That’ll be nice.

But I’m afraid, in the end, this is all about consent. Burke needed our consent to be out, and we didn’t give it to him. Rhodes still does, and we’re withholding it (as, it seems, is he). Collins needed it too, and we gave it to him. But Billy Jean King and Navratilova were outed. They didn’t give their consent. Didn’t matter. Jodie Foster hasn’t given her consent, either—she has expressly withheld it, in fact. Doesn’t matter. And that may be the real reason Brittney Griner didn’t make for big news. Sure, she gave her consent, but as far as we were concerned, it was redundant; we didn’t think we needed it. “Sorry,” however, doesn’t cut it as a substitute for valuing consent, as millions of women and men would be able to tell you. I don’t think anything does. 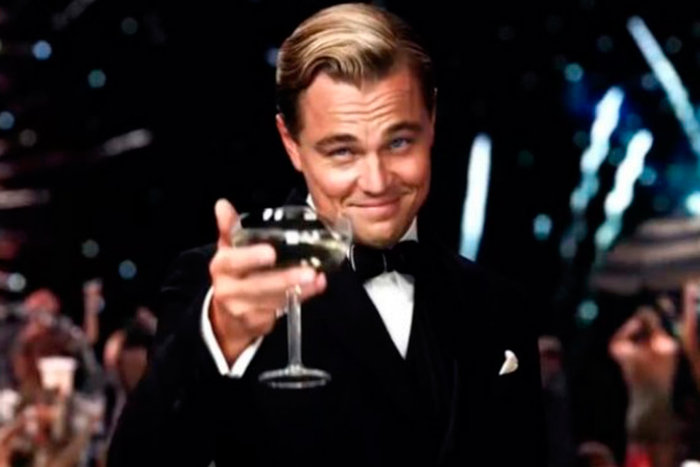 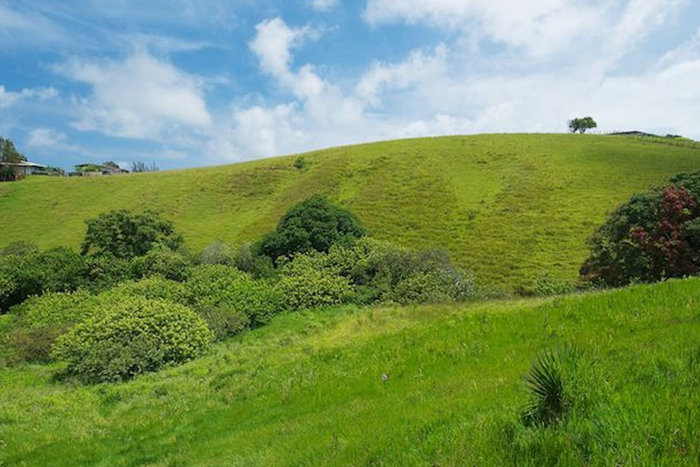 Technology
The Offline is the New Pastoral